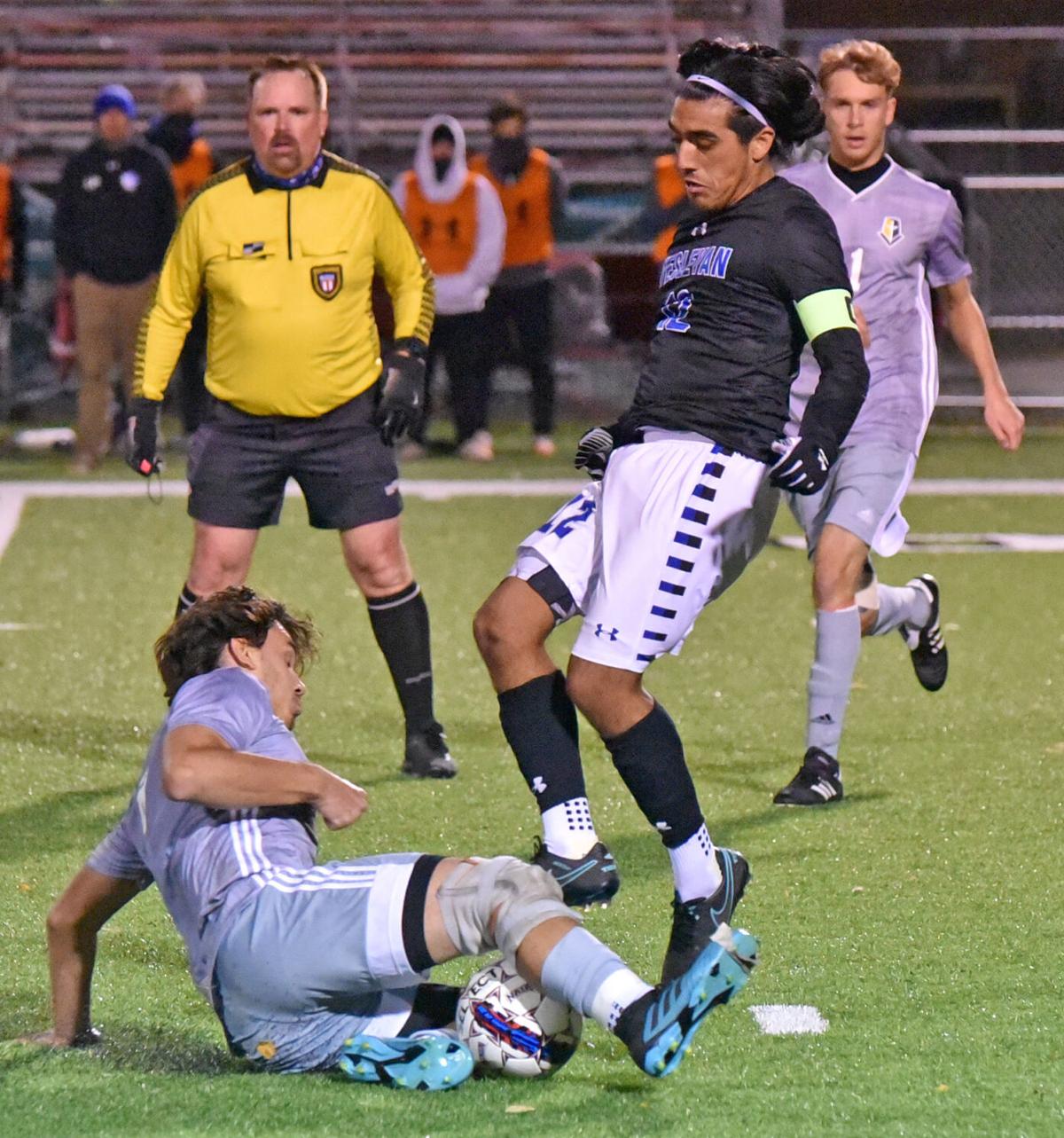 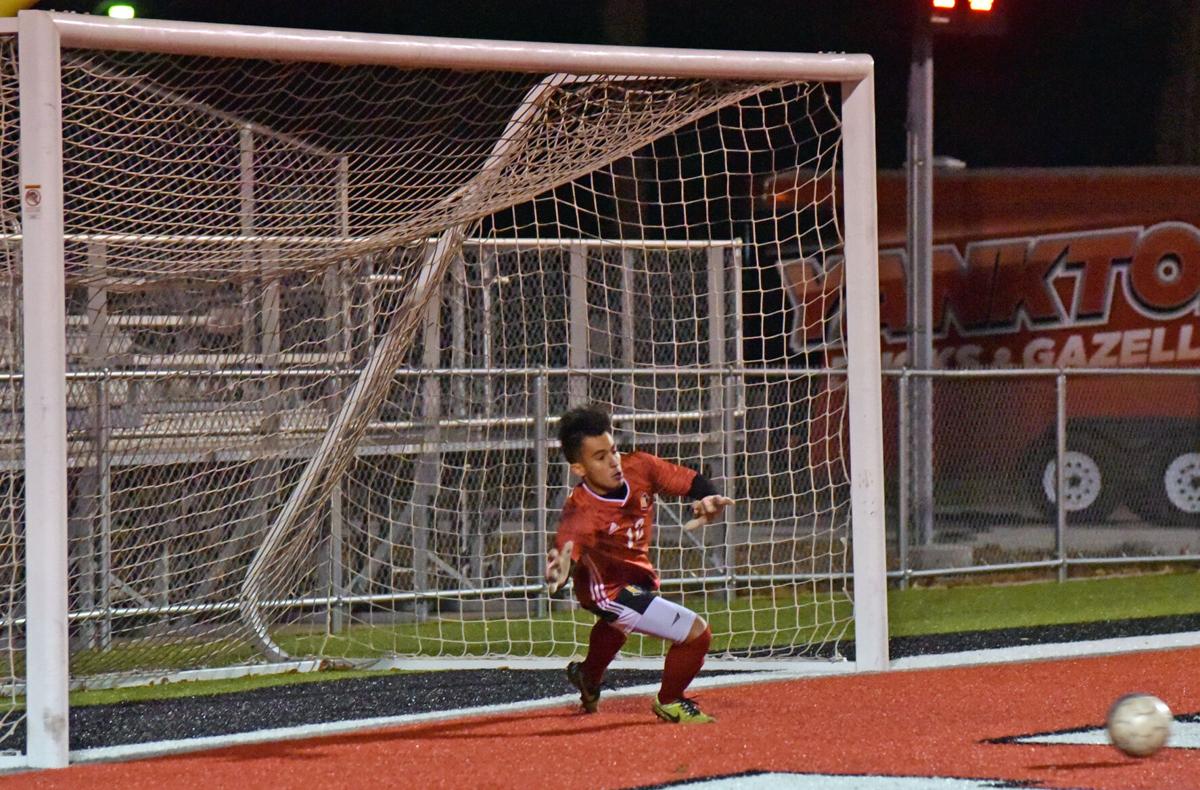 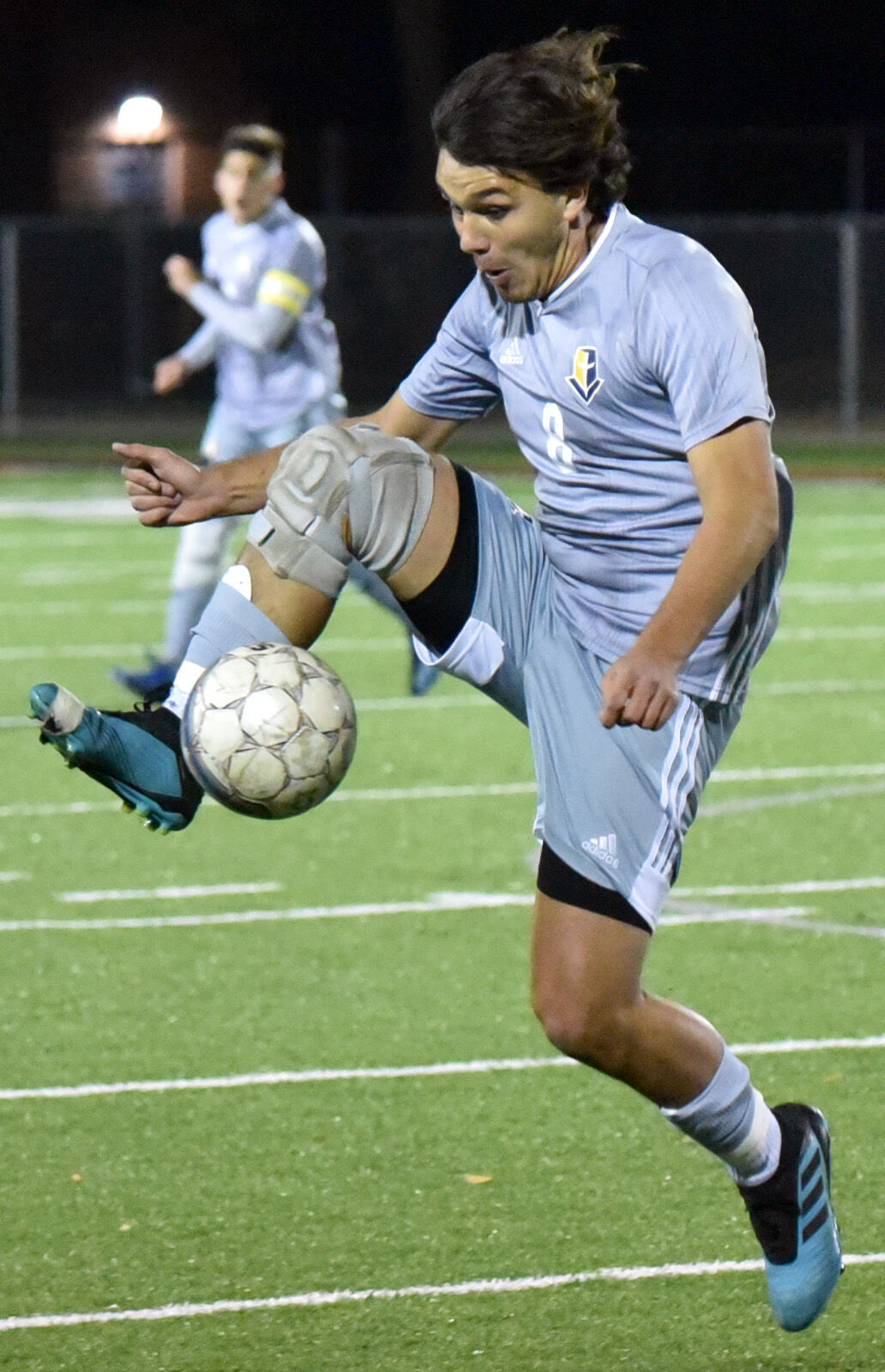 Mount Marty's Allesandro Galbiati leaps to keep the ball in front of him during the Lancers' Great Plains Athletic Conference men's soccer match against Dakota Wesleyan on Wednesday at Crane-Youngworth Field. 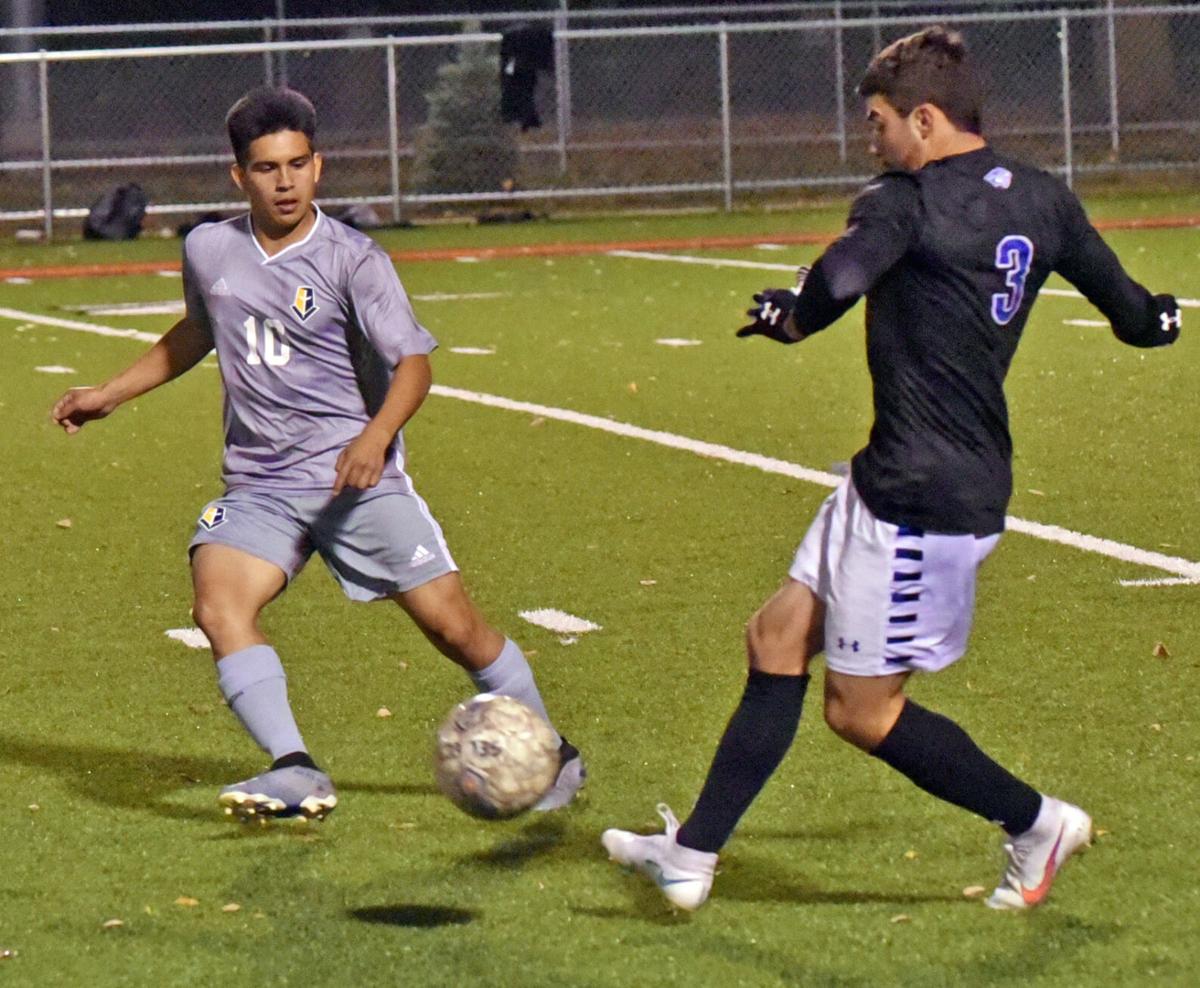 Mount Marty's Allesandro Galbiati leaps to keep the ball in front of him during the Lancers' Great Plains Athletic Conference men's soccer match against Dakota Wesleyan on Wednesday at Crane-Youngworth Field.

And for the Mount Marty University men’s soccer team, there were two double overtime ties.

“We’re excited that we even get to play and that we get to be out on the field.”

Two days after playing Concordia to a 2-2 double overtime draw, the Lancers (1-3-2) did the same with their rivals from Mitchell but by a different score.

Dakota Wesleyan found the back of the net first on a penalty kick goal from Ndrin Maloku at the 9:03 mark of the first half.

The Lancers responded with a dramatic goal from freshman Joel Hofstetter with 29 seconds remaining before halftime to tie the game at 1-1.

The pace of play continued to be intense and physical in the second half, with both teams finding opportunities either out in front of the net or on corner kicks.

There were not, however, any goals to show for it.

“We continue to be physical, but it’s hard to evaluate right after what happened,” Saenz said. “The good thing is, we’re creating opportunities, but we’re missing something. We just have to figure out what that is.”

The Lancers had their chances on both Monday and Wednesday to capture a victory in the Great Plains Athletic Conference (GPAC), but they were still able to avoid a loss.

That’s something at least, right?

“We try to win every game, but I know our guys have worked hard and they’ve performed well this week,” Saenz said.

Goalkeeper Sebastian Aguero stopped three of the four shots on goal he faced for the Lancers, who out-shot the Tigers 17-11.

Mount Marty steps out of GPAC play to host Bellevue (Nebraska) on Sunday at 3:30 p.m. at Crane-Youngworth Field.