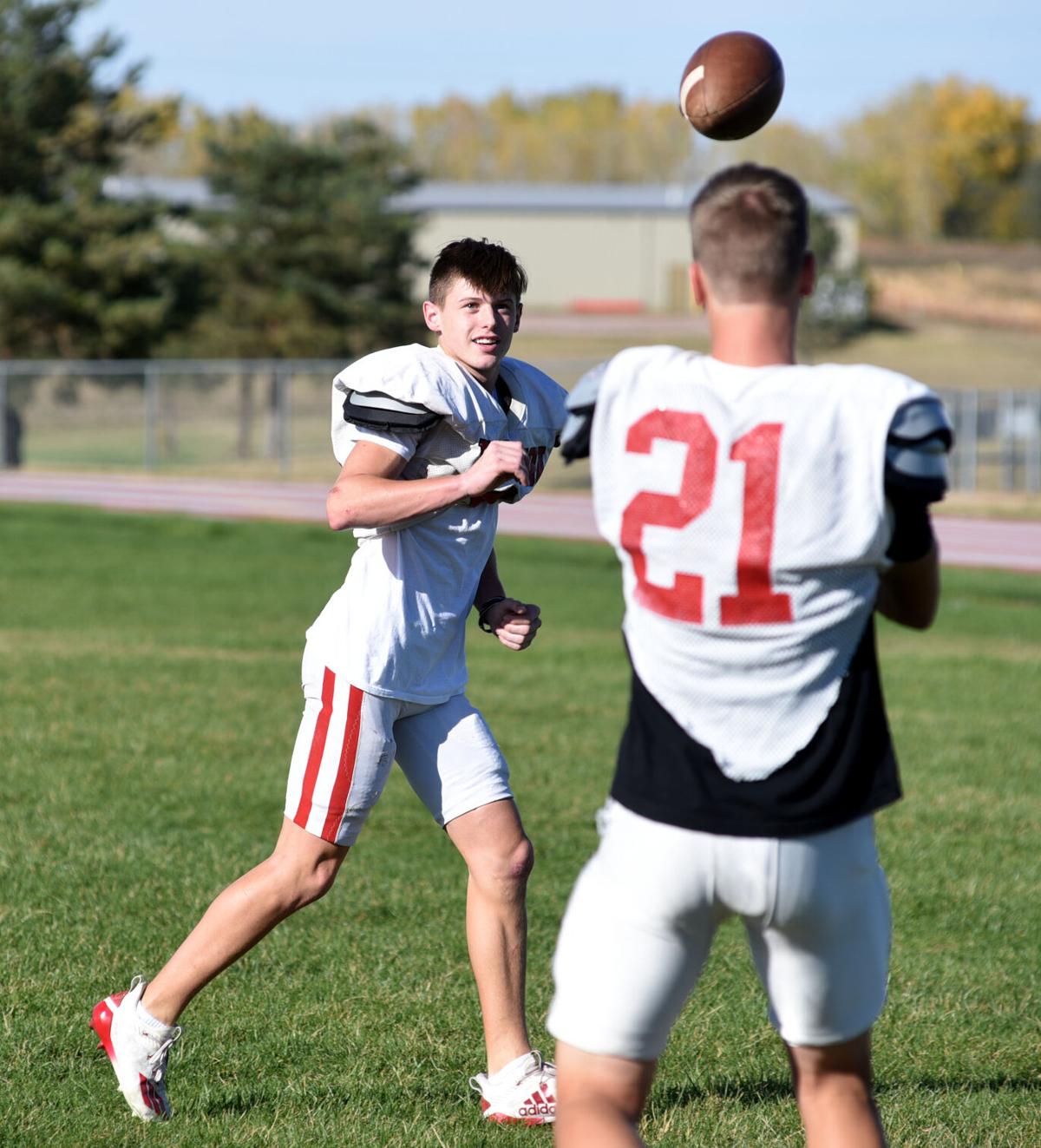 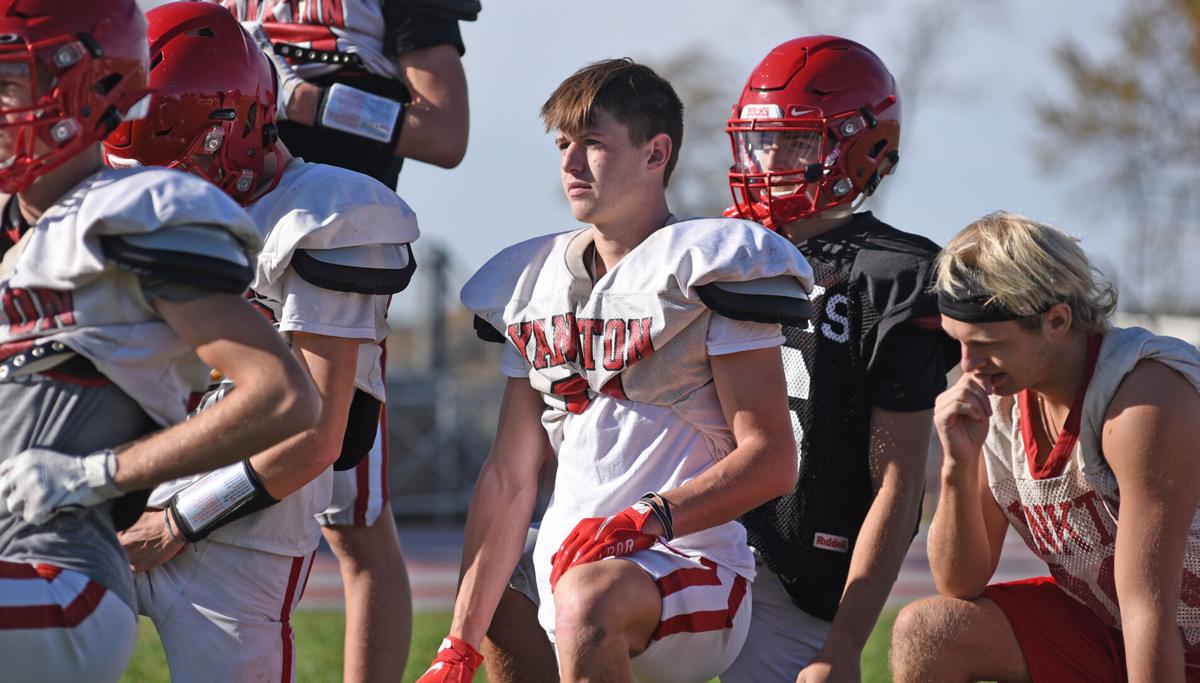 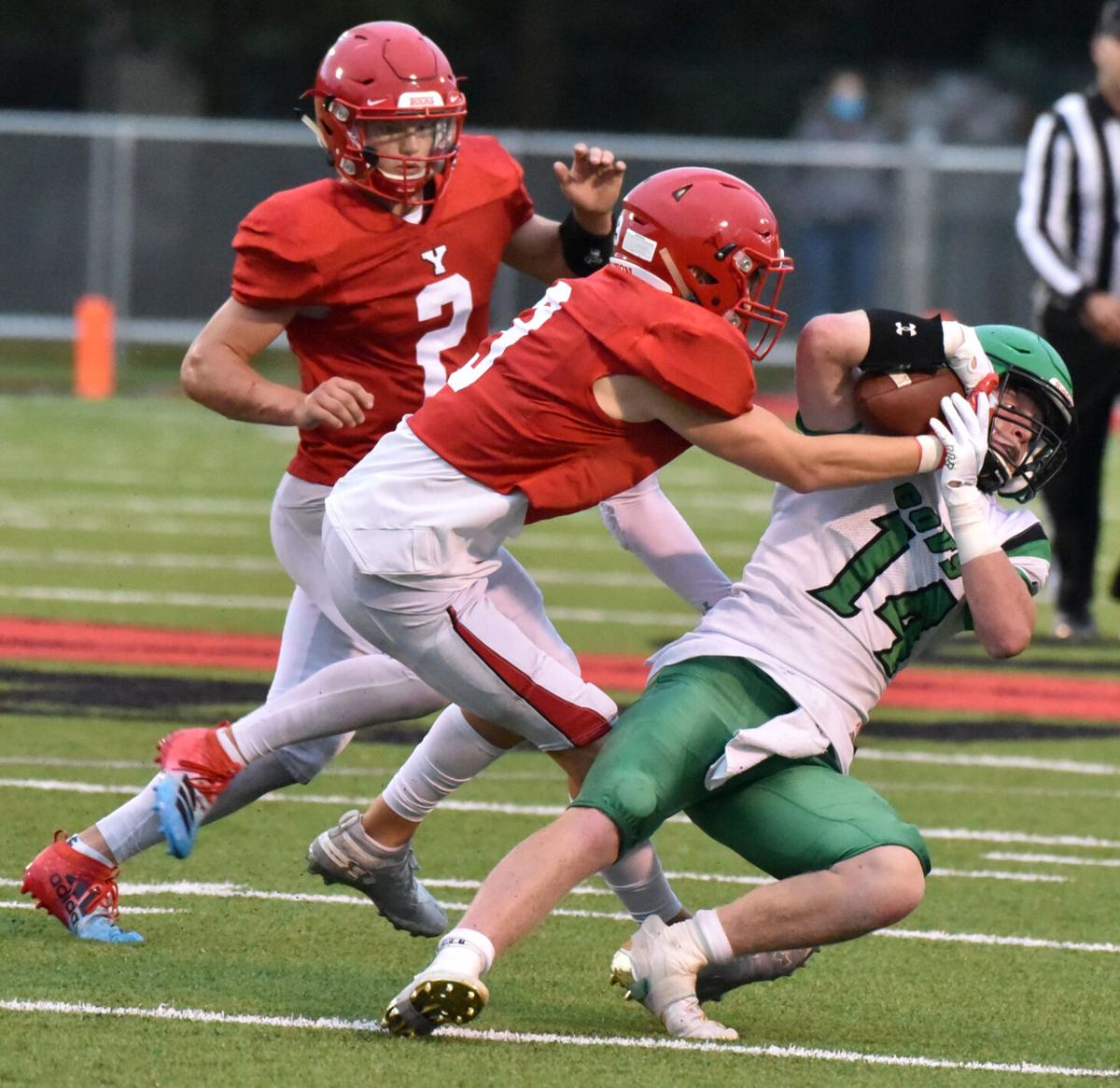 The bleachers at Crane-Youngworth Field were packed.

There was a serious buzz in the complex.

It was homecoming night in September 2018 and the Yankton football team was playing Sioux Falls Roosevelt, the top-ranked team in the state’s largest class.

Sophomore Aidan Feser was standing in the Yankton High School student section, relegated to watching his friends on the football team compete in an intense, electric game.

“We were making a run near the end and everyone was going crazy,” Feser said. “We almost beat a Sioux Falls team.

“That was one of the games where I thought, ‘Dang, wish I could be out there.’”

It was becoming harder and harder for Feser not to be playing alongside his buddies. He knew how much it meant to them to take the field on a Friday night in the fall. All he could do was support them.

“Watching games on Friday night is such a cool thing, especially in Yankton, because everyone in town goes to watch,” Feser said.

That’s when he changed his mind.

Feser, now a senior, had last played football in sixth grade, but stepped away from the game — for what he called safety reasons, through a conversation with his parents — for four years (grades 7-10).

As he prepared for his junior year a year ago, Feser was ready to return to football.

“Hearing all the guys talk about playing and how close they all were, I was jealous of them,” Feser said. “I thought, ‘I wish I was with them.’”

Feser saw plenty of action at the varsity level last season, but this season as a senior cornerback, he has become a valuable member of a much-improved defense for the top-ranked Bucks (7-0).

“He knows what he is doing now and that makes him really valuable to our team,” head coach Brady Muth said this week. “You see a guy who is playing fast because he trusts his coaches, his teammates and most importantly, himself.”

There were moments a year ago, however, where Feser wasn’t sure if he could help his team out on the field.

There was, he freely admitted, some doubt.

“Right away, I didn’t know if I could do this,” Feser said. “I was taking a stab in the dark, but after a couple of practices, I felt that I could hang with these guys.”

As he prepared for his return, the question became, where would Feser fit in? Could be a threat as a receiver? As a running back? Or maybe somewhere on defense?

“I don’t have the best hands in the world, so it’s best that I’m on defense,” Feser joked this week.

The problem a year ago was that Feser didn’t really know the defensive system that Yankton used — it was going to be quite a leap from a four-year absence into varsity action.

To help his transition, Feser contacted the coaching staff for some advice and direction.

“I knew what we did, but I didn’t really understand it,” Feser said. “Even coach Muth helped me on offense to teach me what a route tree was.

“It took a little bit, but I think I figured it all out pretty quickly.”

Still, the Feser that fans saw out on the field last year at this time wasn’t only someone who was learning a new position, but was essentially learning a new game.

“Everything was new for him at this level,” Muth said. “I think the success he had is a testament not only to his ability but his work ethic.”

As one of Yankton’s starting cornerbacks this season, Feser — whom Muth called a “special athlete” — has responded with an interception and a fumble recovery for a Bucks defense that has held its last two opponents to three points.

The Bucks, who are still in position to capture the No. 1 seed for the Class 11AA playoffs, will host Douglas on Friday night at 7 p.m. at Crane-Youngworth Field.

Of course, to ensure they remain in the hunt for the top spot, the Bucks have to first take care of business against Douglas. In other words, don’t look ahead.

“We do a really good job focusing on week by week,” Feser said. “What matters is 1-0, and then worry about the next week.”