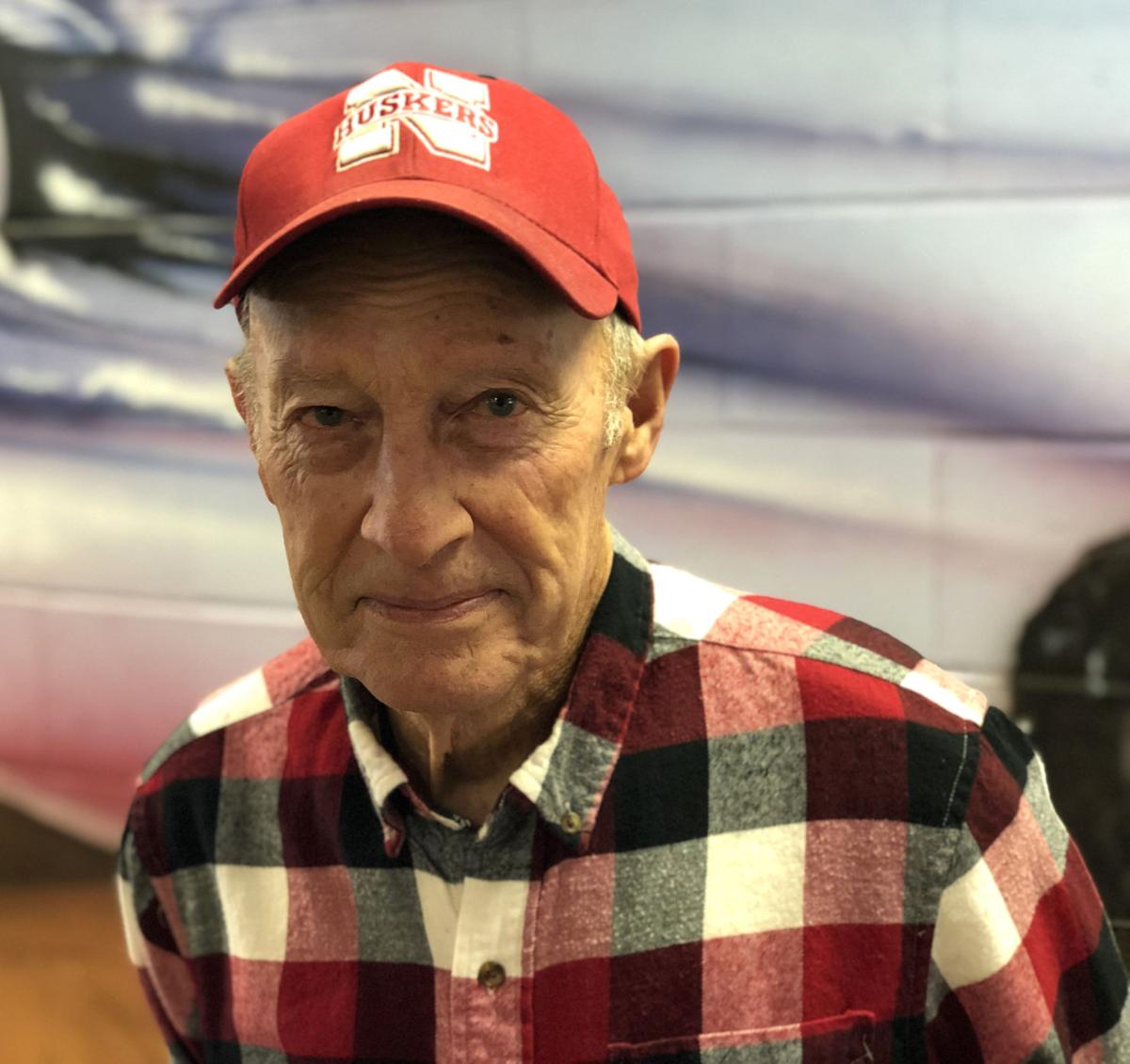 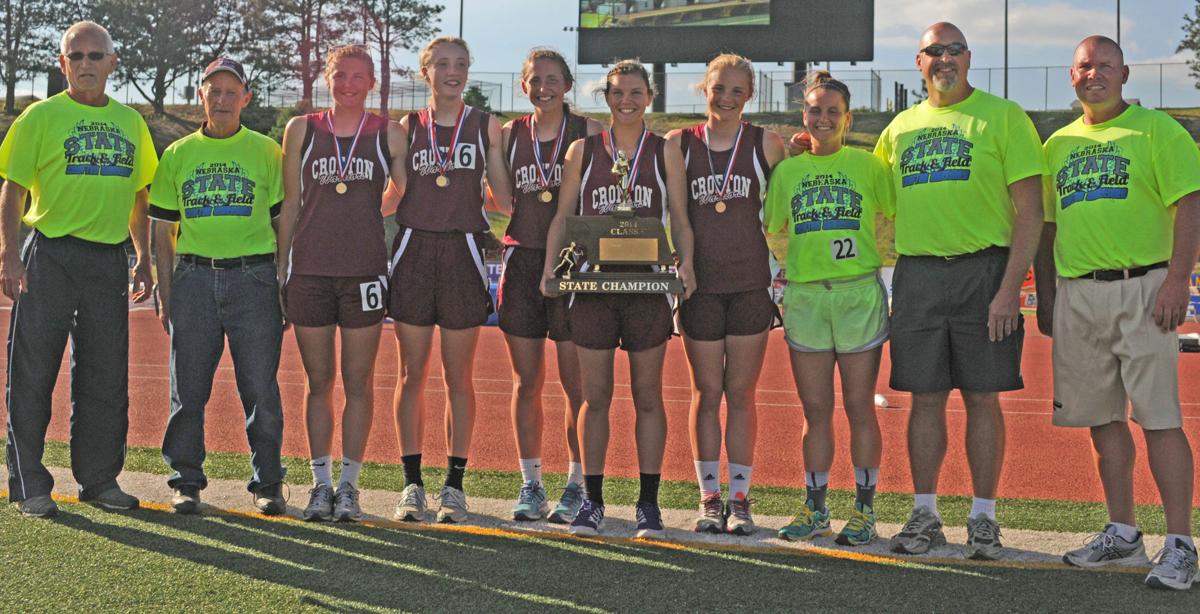 The Crofton Lady Warriors pose with their 2014 Nebraska state track meet championship trophy. Gail Peterson (second from left) was an assistant coach on that staff.

The Crofton Lady Warriors pose with their 2014 Nebraska state track meet championship trophy. Gail Peterson (second from left) was an assistant coach on that staff.

EDITOR’S NOTE: This is another installment in our ongoing ‘Where Are They Now?’ series, which highlights former area high school and college standouts, and their historic accomplishments.

Gail Peterson remembers asking himself that very question early in his coaching career; some six decades ago.

Yes, there was the obvious, but there were so many intricacies, techniques and beliefs about the sport that Peterson didn’t realize.

“I knew it was running, but that was about it,” Peterson said.

He was going to have to teach himself.

So that’s what he did. He read books. He read magazines. He listened to fellow coaches. He took tips from every avenue and molded what would become a cross country dynasty at Crofton (Nebraska) High School.

His teams won 15 state championships and finished second on eight other occasions. The Crofton girls program captured nine titles — including eight straight from 1981-88 — and the boys won six championships between 1977-91.

Peterson, now 81 and still living in Crofton, was last summer inducted into the National High School Athletic Coaches Association Hall of Fame — only two months removed from his final season as an assistant coach with Crofton’s track and field program.

Ask him about his team’s successes or his own individual recognitions and Peterson will immediately credit his former runners.

“We had some good ones,” he said in a lengthy interview last week.

Following a two-year stint in Cortland, Nebraska, Peterson was hired in Crofton in 1963 and began a stint as head coach for boys’ cross country and boys’ track. He would later spend eight years as the head boys’ basketball coach, but later relinquished that role so he could focus on cross country.

The question from the start was, how would Peterson develop his cross country program?

For starters, he used what was available to him.

“We had a school building back then that had three levels of stairs, so that’s where we did a lot of our workouts,” Peterson said. “We would run up and down those stairs; every other step sometimes, and then come back down and do every step.”

Even with the tile floor, the Crofton runners never suffered a serious leg injury, he added — “We were very fortunate,” Peterson said.

Peterson also took advantage of the topography in the area, as well.

At one point early in Peterson’s career, a student told him about their family farm, which was surrounded by steep hills. Peterson would load up his runners on a bus and they would run about four miles up and down those hills. And when the Crofton Golf Course was eventually completed, his runners would traverse the hills of the course.

“It would pay off for them,” Peterson said.

His boys’ cross country teams captured the Nebraska state championship in 1977 and 1978, while one of his runners, Delwyn Hennings, was the individual state champion in 1976 and 1977.

Shortly after girls’ athletics came to Crofton, the girls’ cross country program began its streak of eight straight state championships between 1981-88. Included in that run was a pair of state individual titles from Karla (Kube) Zavadil, in 1983 and 1985.

The fact that out of Peterson’s 39 years as Crofton’s head cross country coach (1963-2002) only featured two different state champions spoke to his team’s depth, he said.

And a big reason for that?

Powerlifting, of all things.

In 1980, Peterson’s physical education class at Crofton featured a weightlifting portion, and he eventually took some of his runners — boys and girls both — to powerlifting meets in places like Omaha, Lincoln, Sioux City (Iowa) and even at home in Crofton.

“The first time we did that, all but one of our girls runners were in powerlifting, and they got a lot of their training right there,” Peterson said. “It turned out pretty good for them.”

That kind of team-wide training certainly helped Crofton when it came time for the state cross country meets: Many times, Crofton would put 2-3, sometimes 4, runners in the top-10 finishers.

Although he stepped aside as Crofton’s head cross country coach in 2002, Peterson’s dynasty remained.

Under new head coach Jayne Arens, the girls’ program reeled off 10 straight state championships between 2006-15, while the boys won in 2013.

Peterson also stepped aside as head track & field coach in 2002 and was replaced by Rod Hegge, one of his former assistants. Eventually, though, Peterson was coaxed into staying on as an assistant coach.

By that point, Peterson was 80 years old and was on the verge of what became a scary and life-threating situation.

First there was a slight stroke. Then came vision problems (he still has troubles to this day). Then it was determined he had two aneurysms.

He has completed his therapy and maintains that he is much better than he was a year ago at this time. Peterson remains active as much as he can: He mows his grass, and gets on his hands and knees to tend to his garden.