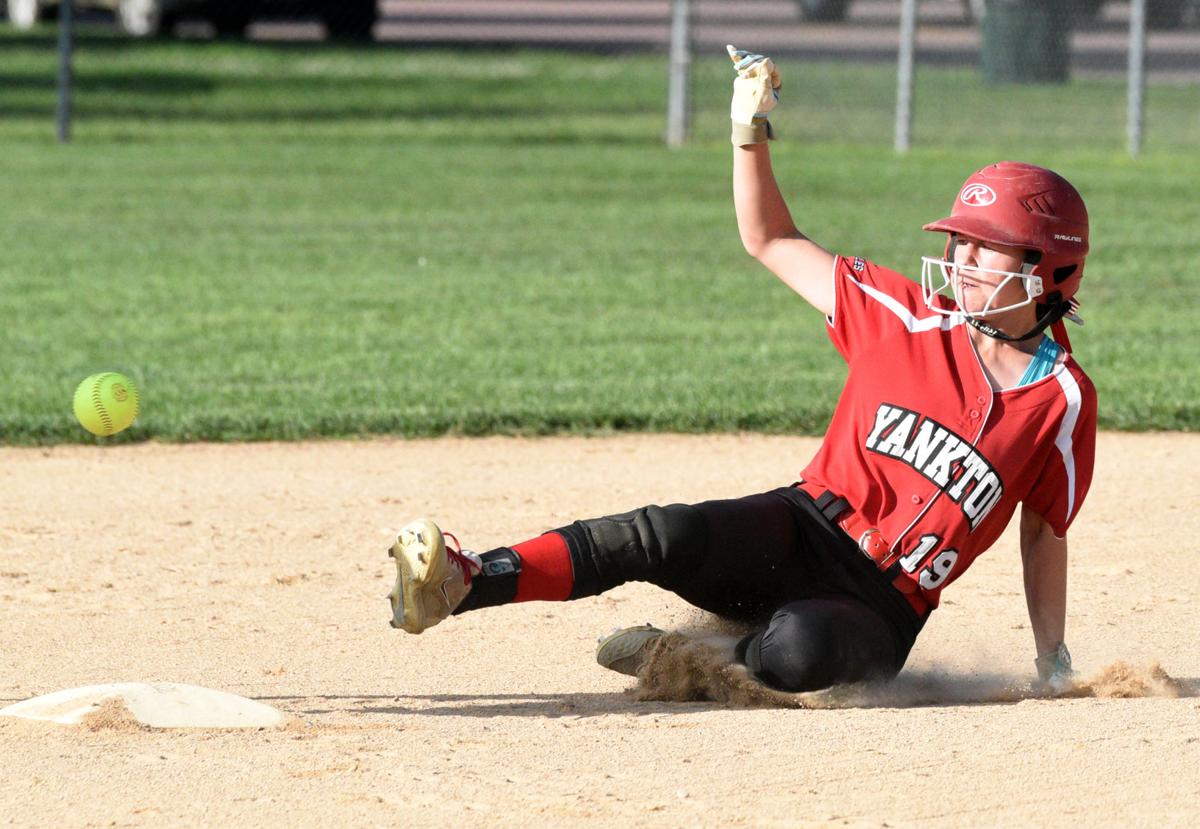 Yankton's Faith Sparks slides into second base during game one of Monday's high school club softball doubleheader against Mitchell at Sertoma Park. 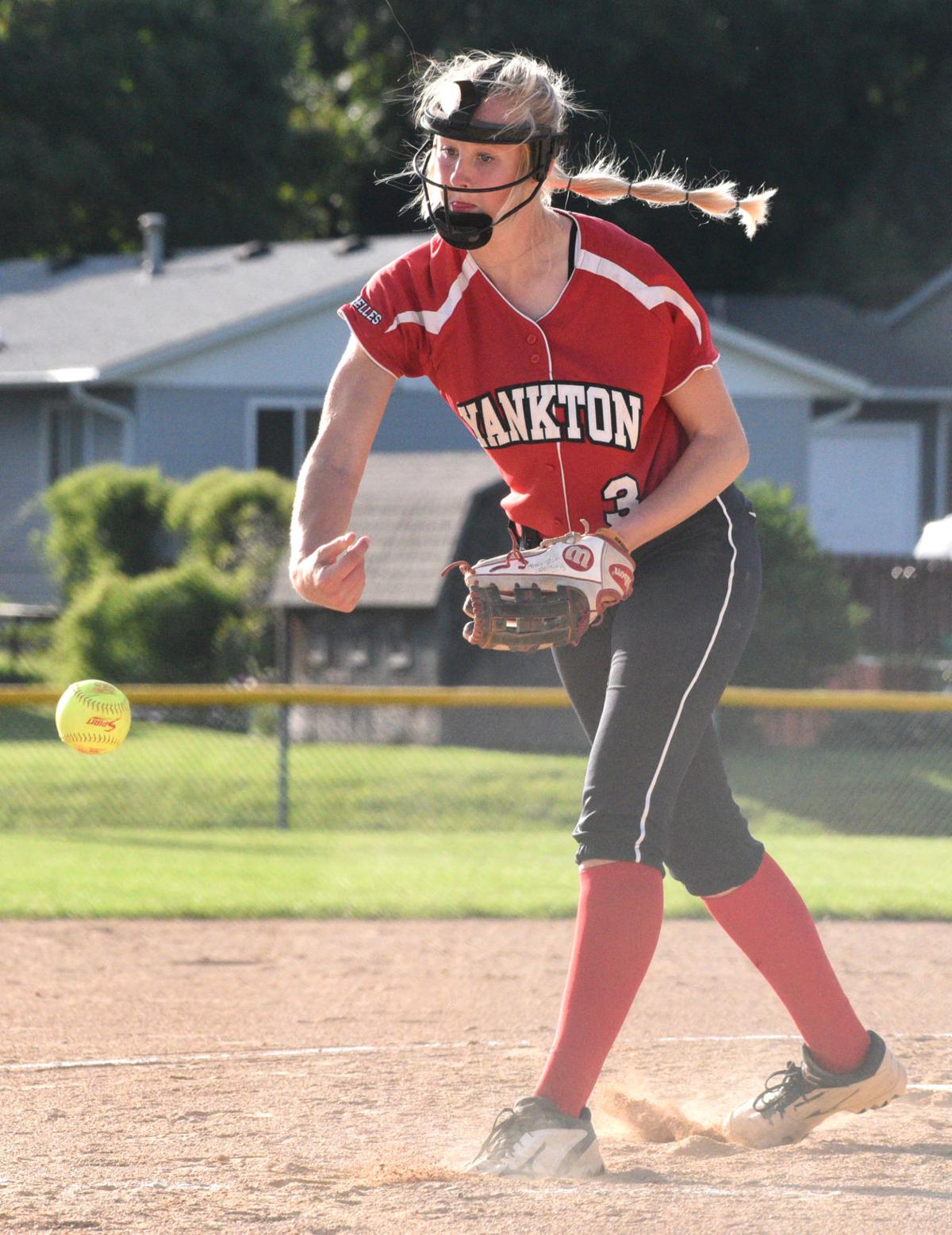 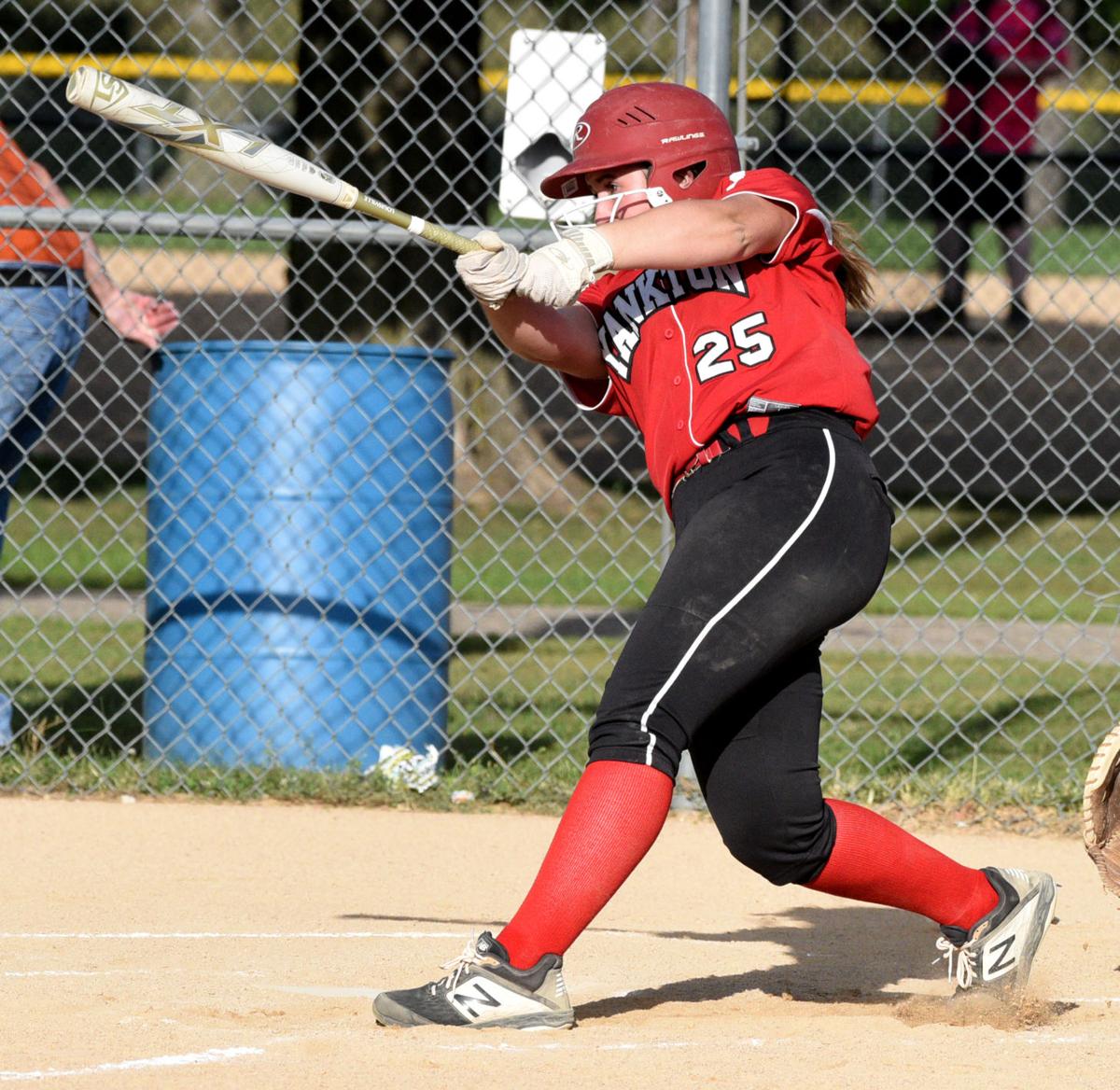 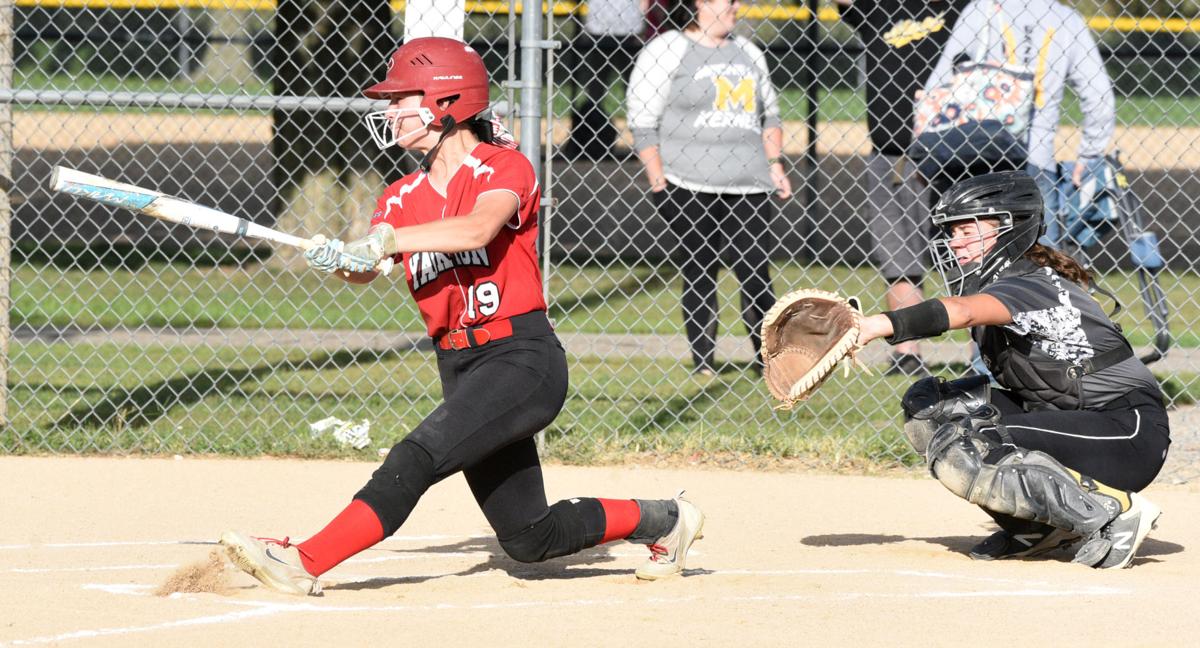 Yankton's Faith Sparks connects for a double during game one of Monday's high school club softball doubleheader against Mitchell at Sertoma Park.

Yankton's Faith Sparks slides into second base during game one of Monday's high school club softball doubleheader against Mitchell at Sertoma Park.

Yankton's Faith Sparks connects for a double during game one of Monday's high school club softball doubleheader against Mitchell at Sertoma Park.

By a combined score of 25-1, the Yankton High School club softball team recorded a doubleheader sweep of Mitchell on Monday evening at Sertoma Park. The Gazelles won by scores of 13-0 and 12-1.

In the opener, Faith Sparks was 2-3 with two runs scored, Olivia Larson scored three runs, Lainie Keller had three RBI and Elle Feser drove in two runs. Addi Binde, Lexi Madson and Paige Gullikson all had a hit and an RBI.

Madson got the victory in the pitching circle as she allowed only one hit.

In the second game, Feser tripled, doubled and drove in four runs, while Keller and Grace Behrns both had two hits. Madson and Sparks both scored twice, and Keller tacked on a pair of hits.

Behrns got the pitching victory.

In the first game, Yankton scored five runs in the bottom of the first inning and got an 11-strikeout performance in the pitching circle from Bailey Sample.

Tori Vellek was 2-3 with three RBI for Yankton, while Gracie Brockberg doubled, and Sample, Hannah Sailer and Olivia Girard all scored two runs.

In the second game, Townsend and Camryn Zoeller both had two hits for Yankton in the 15-3 victory. Girard drove in three runs, while Sailer, Paige Hatch, Hailey Landy, Brockberg and Kloey Ballert all scored two runs.