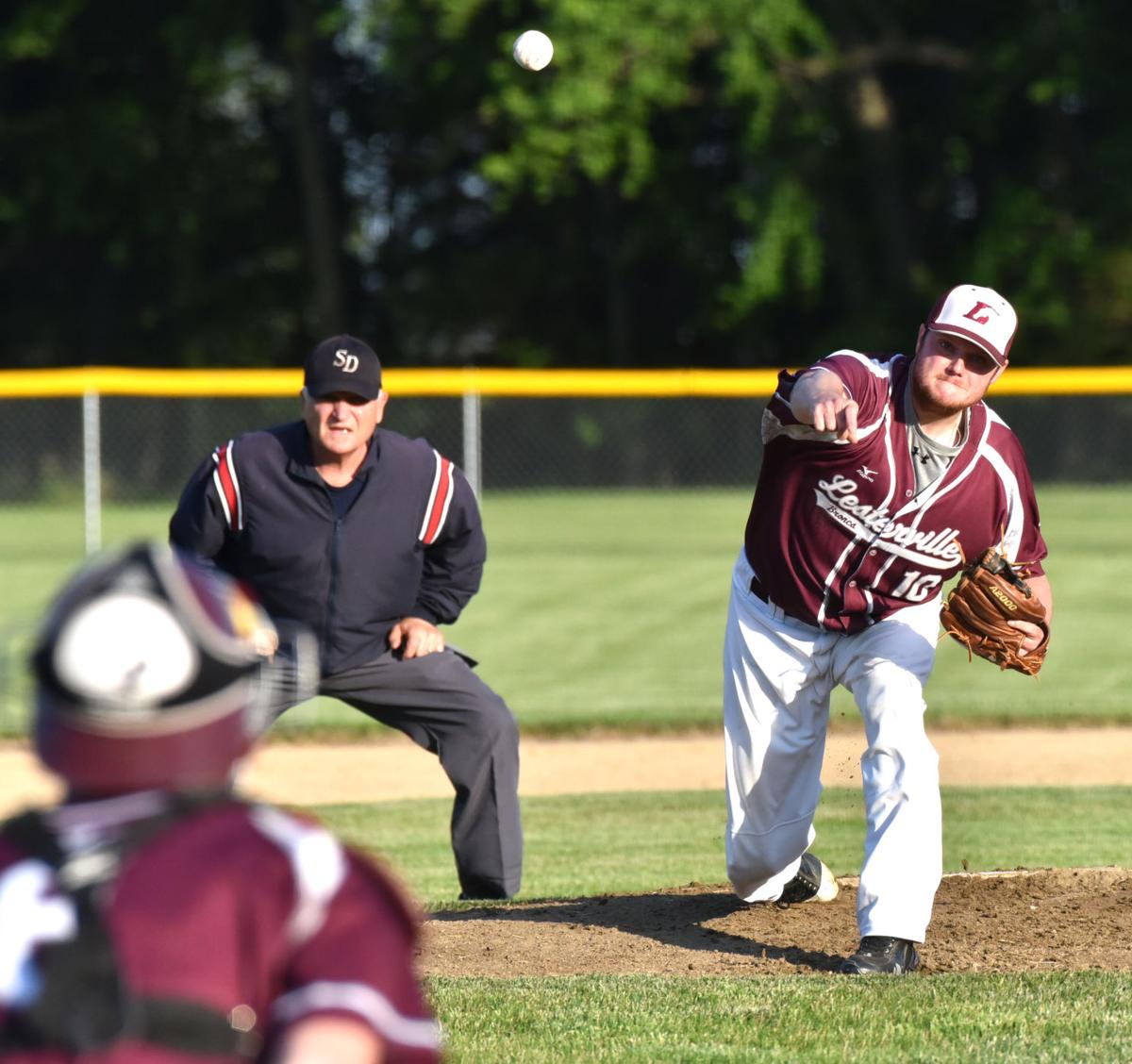 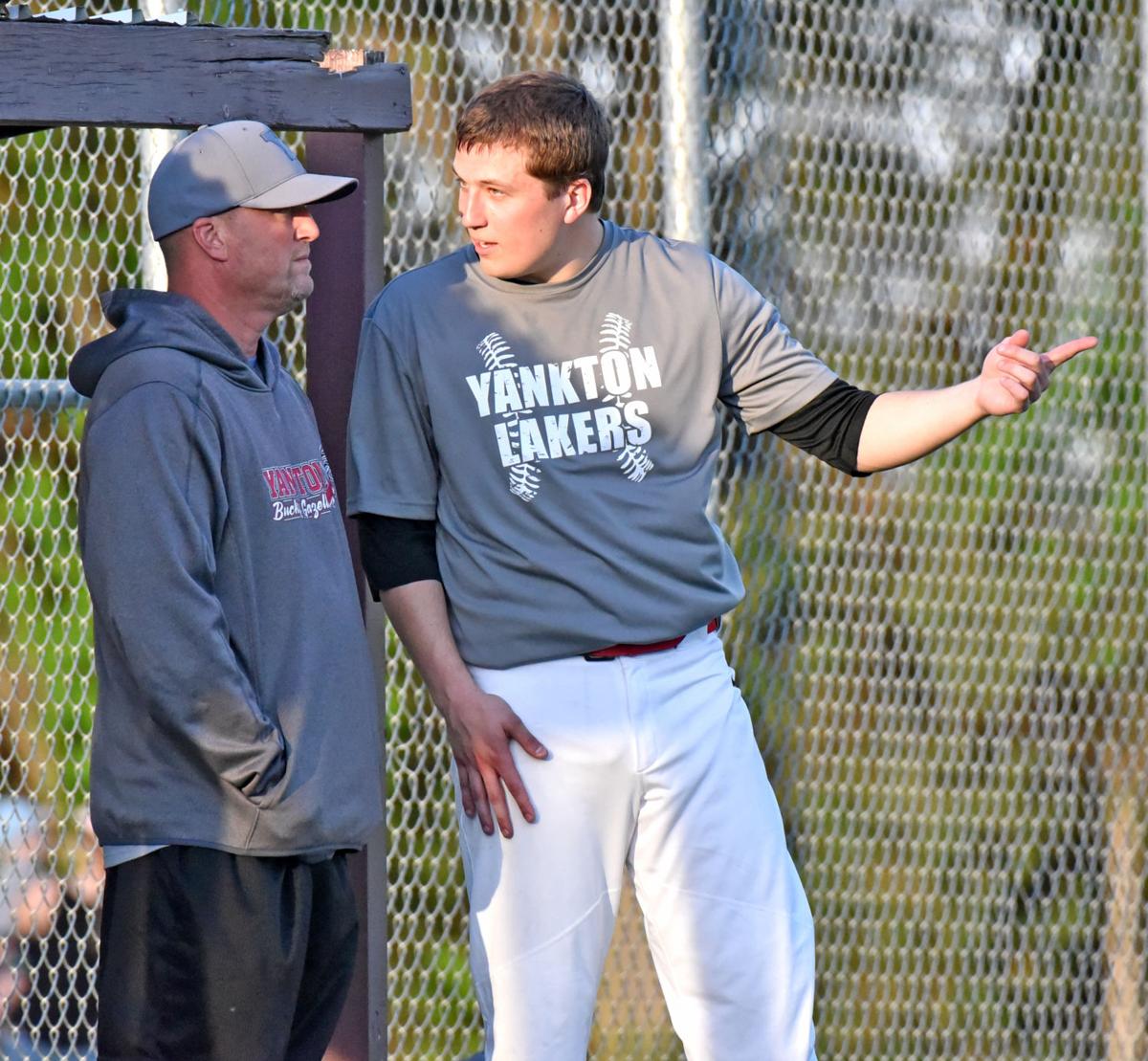 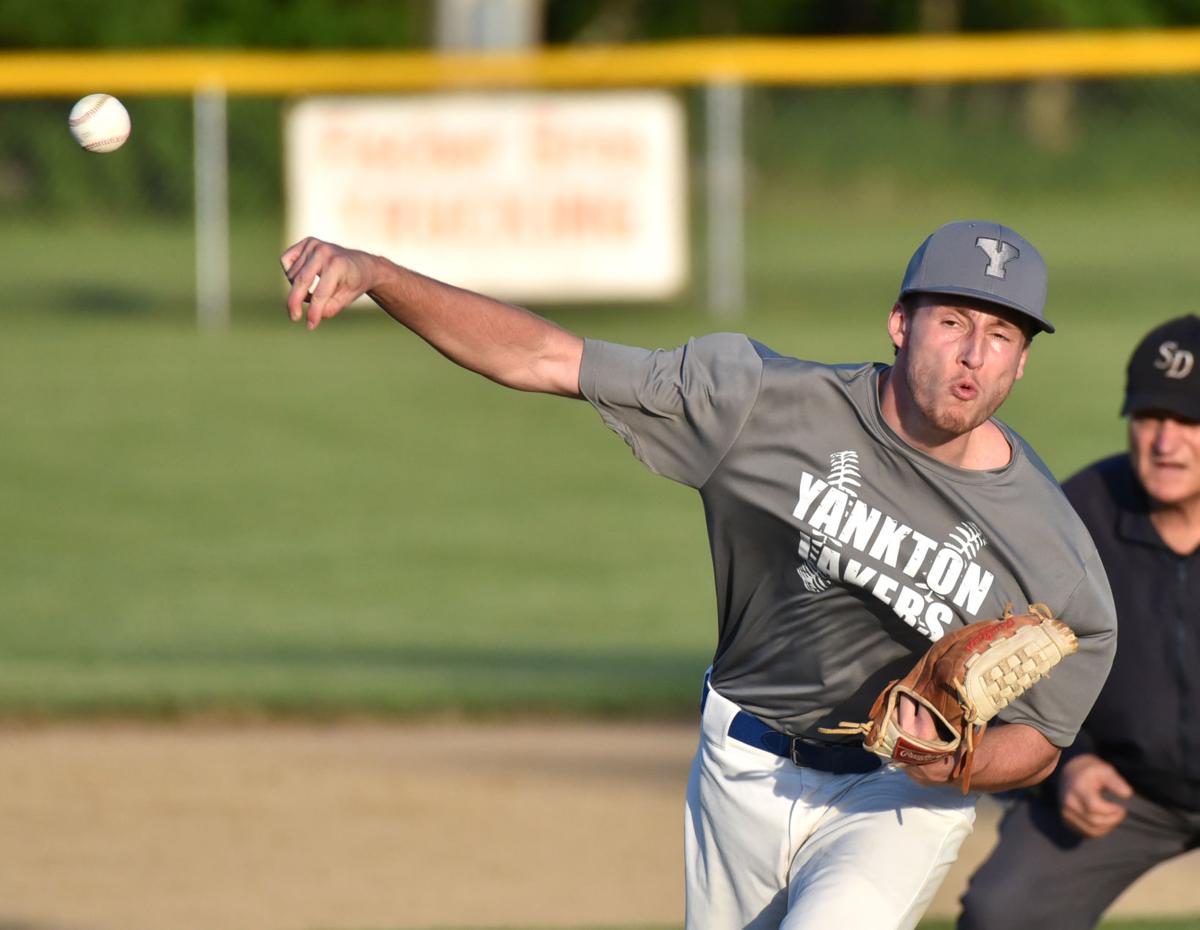 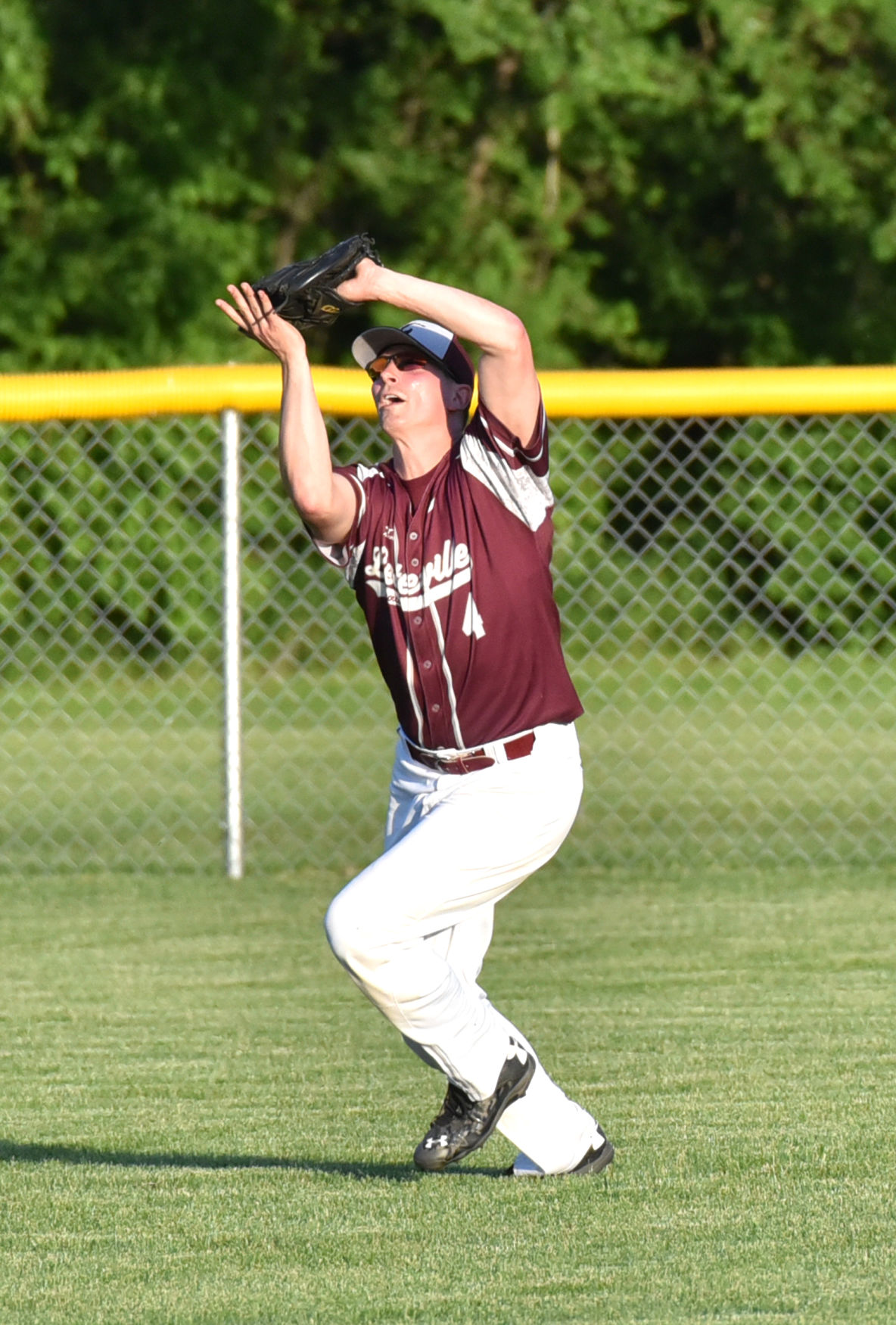 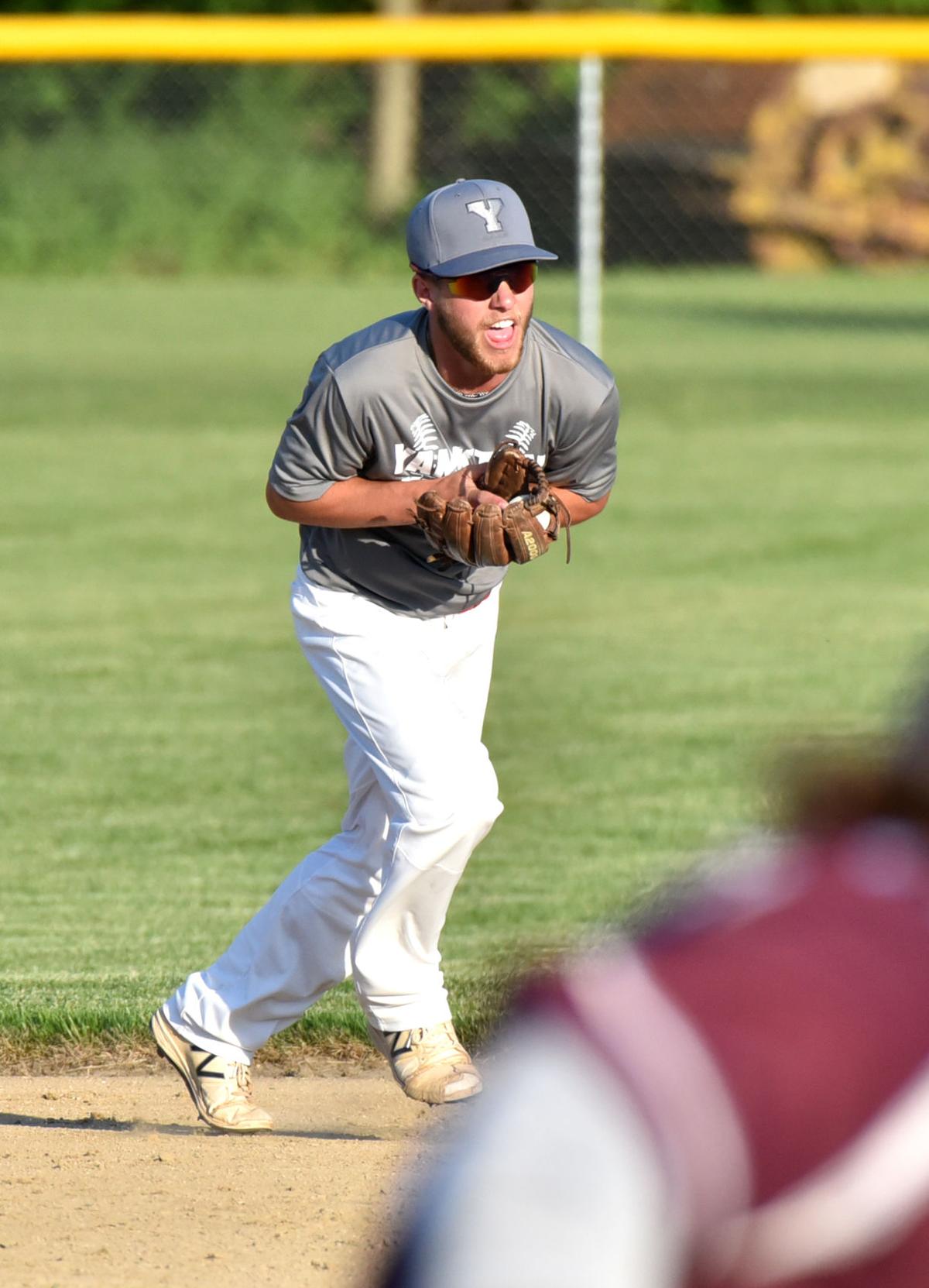 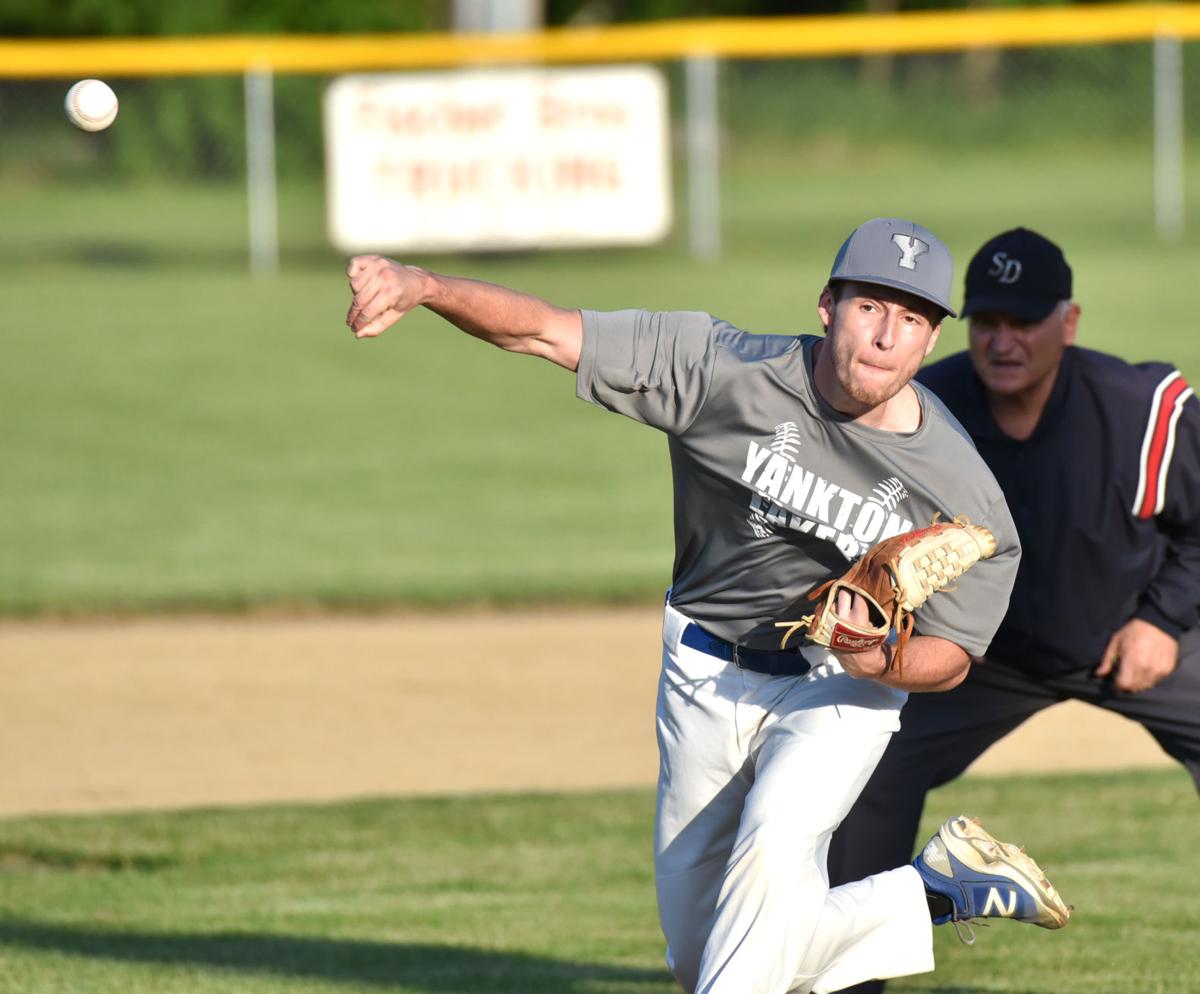 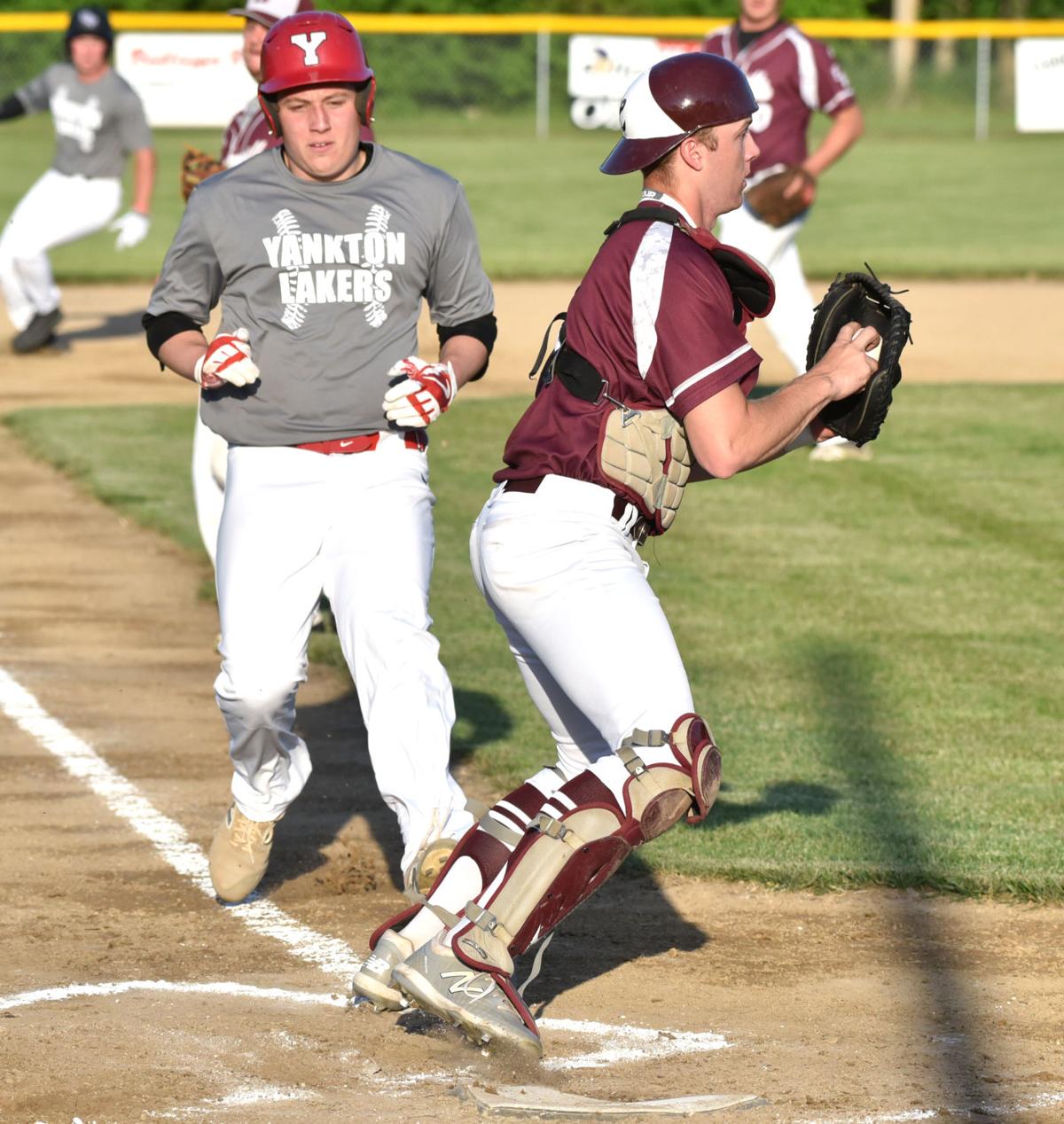 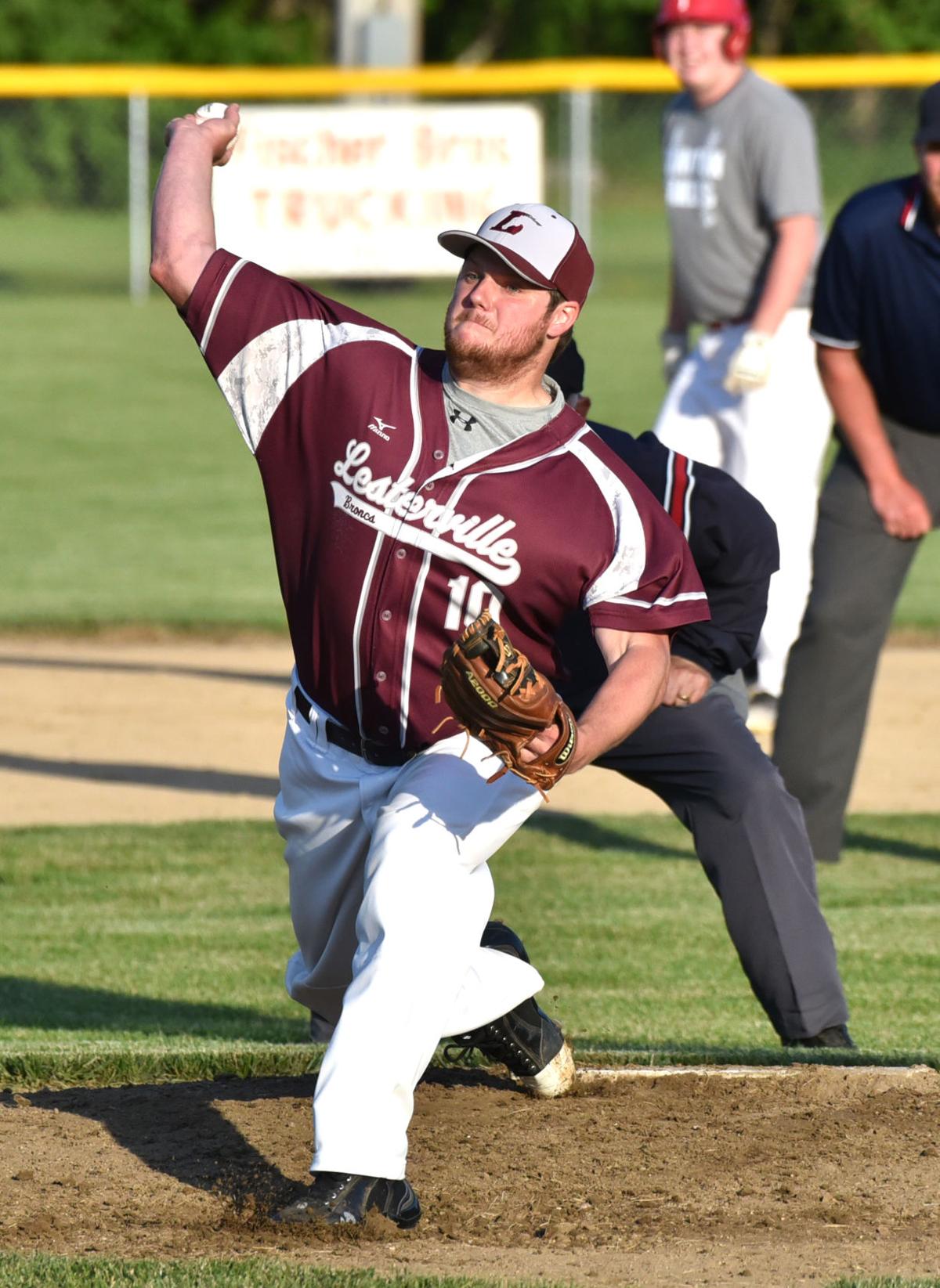 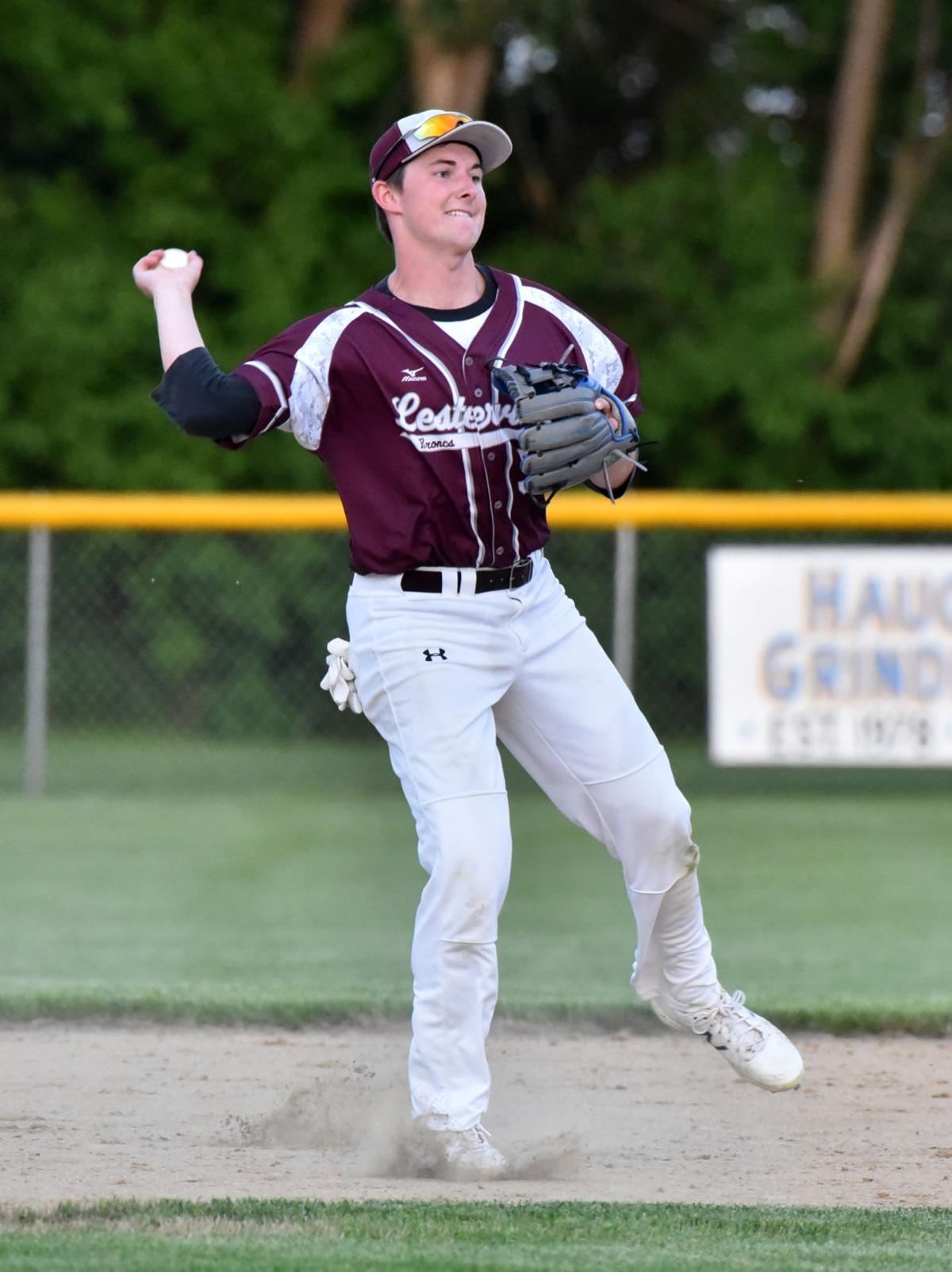 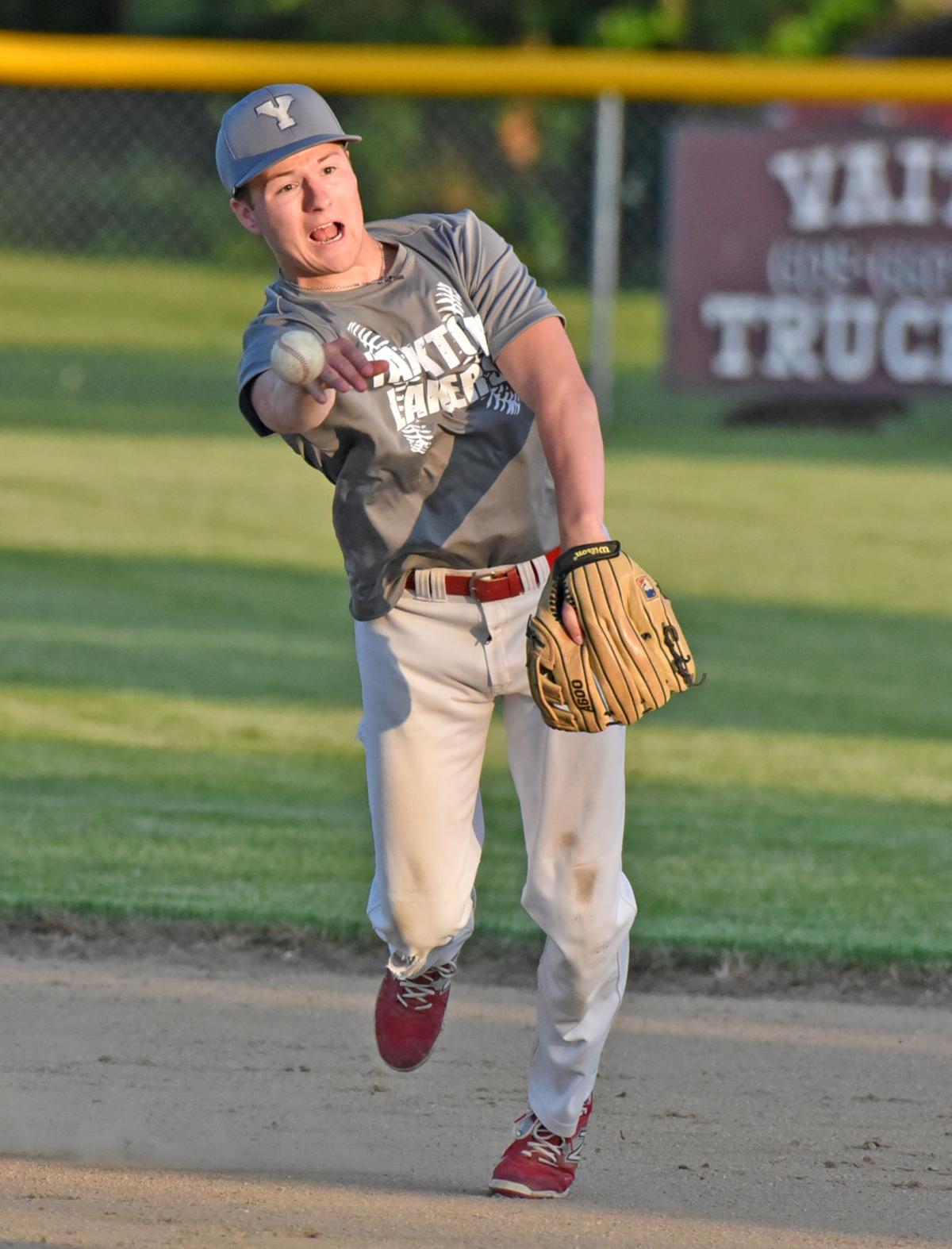 LESTERVILLE — After fans of the Lesterville Broncs had to wait two weeks for the South Central League season to officially began, they were treated to a dramatic finish in the opener.

That certainly wasn’t in Dave Schmidt’s mind when he stepped to the plate in the bottom of the seventh inning of Sunday night’s home game against the Yankton Lakers, but he delivered.

Schmidt’s home run with the bases loaded sent the hometown Broncs to a 14-3 run-rule victory and capped off a wild 11-run seventh inning.

“I barely ever hit home runs,” he joked afterward.

It was, after all, the only homer in a game that saw 21 hits, but it was the clincher.

Lesterville had earlier taken a 3-1 lead after the fourth inning, but the Lakers — finally making their SCL debut, after the league season was originally scheduled to start two weeks earlier — tied the game in the top of the sixth inning.

Then came the bottom of the seventh, with the game still tied 3-3.

“We hit the ball hard the whole game, but it felt like eventually something would happen for us,” Schmidt said.

Tanner Skorepa led off the frame with a walk and was later brought home on an RBI double by newcomer Ethan Wishon. Another run then came in on an error and Schmidt then laced an RBI double to push the Broncs ahead 6-3.

“When Ethan hit that ball on a rope, everyone got pumped up,” Schmidt said.

The momentum continued when Cameron Schiltz brought home another run on an error, and two batters later, Michael Drotzmann — another newcomer — cleared the bases on an RBI single and then came around to score on a play that featured two more errors.

With Lesterville up 10-3, Micah Bartlett walked, Skorepa singled and Tanner Van Driel later singled to load the bases for Schmidt.

His grand slam then ended the game by the 10-run mercy rule.

And it also dealt the Lakers a loss in their SCL debut.

“We’ve waited a couple weeks for us, so we were ready to get out here and play,” co-manager Peyton Mueller said.

The Lakers, however, ran into a balanced Lesterville lineup.

Brandon Nickolite pitched the first six innings for Lesterville, while Alex Wagner got the win in relief.

Lesterville added a pair of amateur baseball rookies this season in Wishon and Drotzmann, both of whom graduated from Yankton High School — and played with many of the Lakers.

“That really solidifies the lineup for us,” Schmidt said. “They both can play all over the field and it gives us two more arms.”

The Lakers left 12 runners on base, which told Mueller that his team missed some opportunities to potentially pull out the victory.

“We definitely had our chances, so I’ll take that,” Mueller said.

That was one of the biggest takeaways of their first SCL game, he added.

“Lesterville is a good team; probably one of the top-three teams in our league with the (Yankton) Tappers and Menno,” Mueller said.

“To hang with them for that long like that is a good building block for us.”

The Lakers will take that building block into Thursday night’s 7:30 p.m. matchup against the Tappers — the reigning Class A runner-up — at Riverside Field. Lesterville, meanwhile, will host Wynot on Thursday.