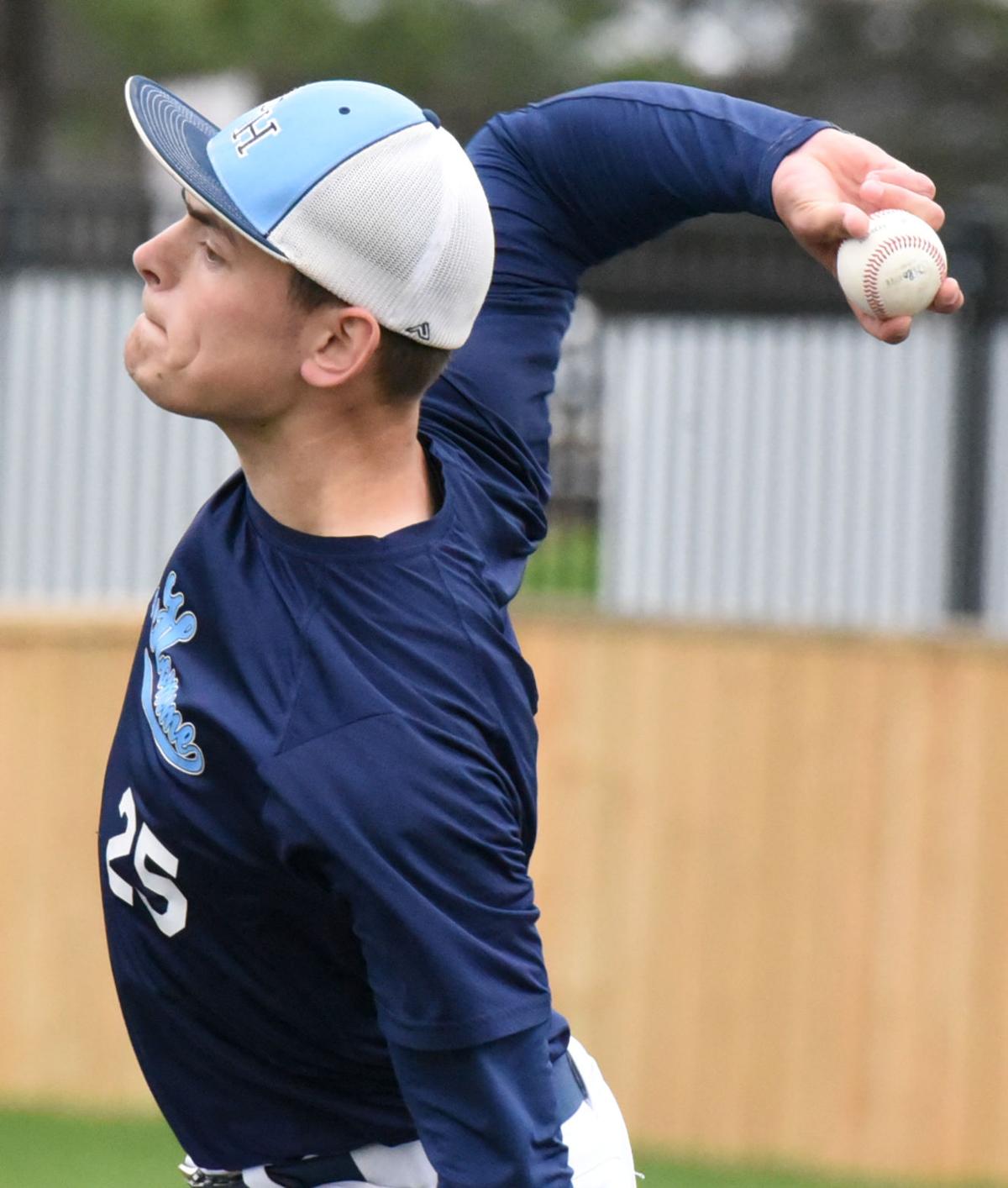 Bon Homme-Scotland pitcher Christian Uecker sends the ball home during the Cavaliers' matchup with Lennox in the opening round of the South Dakota State Class B high school baseball Tournament, Monday at Ronken Field at Karras Park in Sioux Falls. 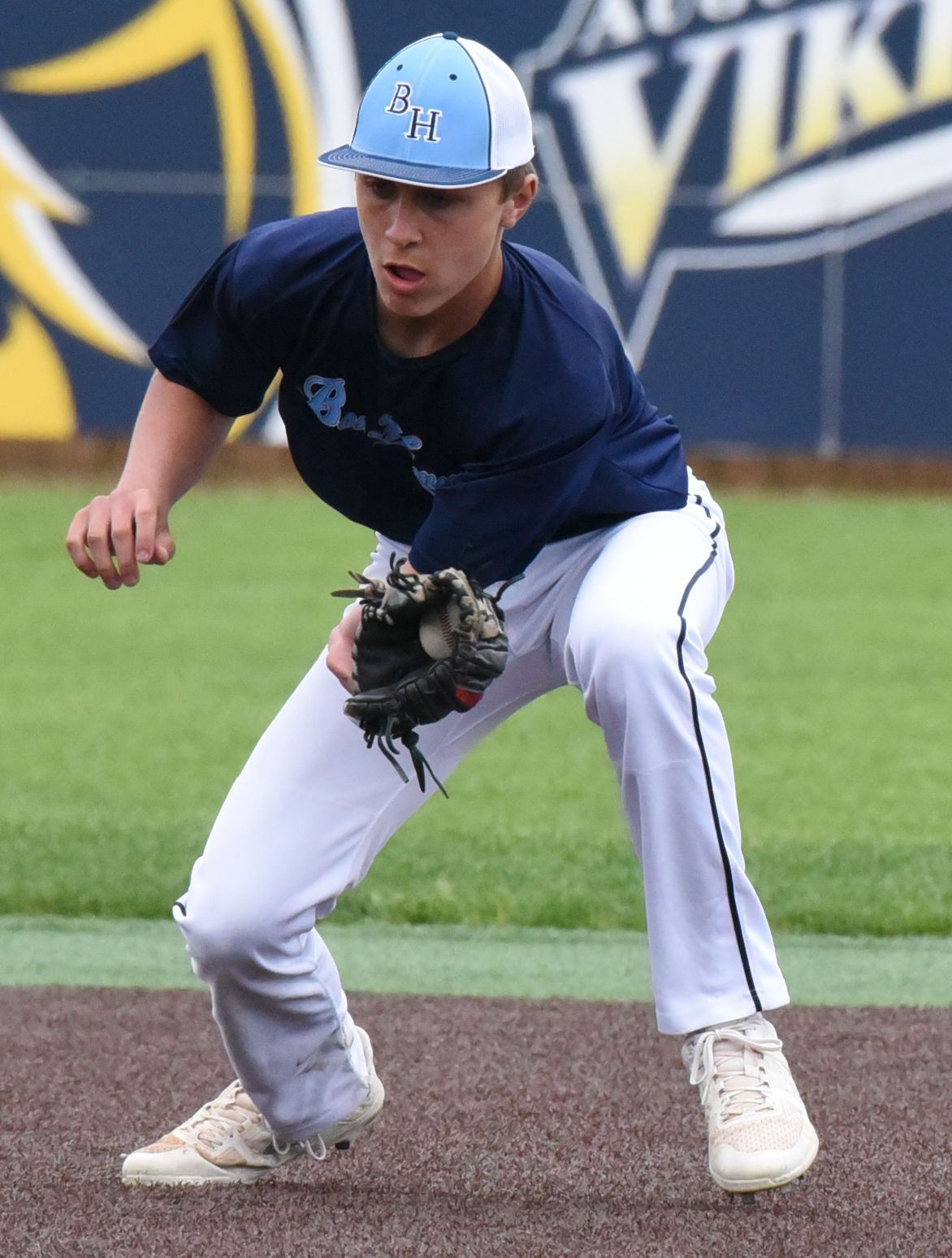 Bon Homme-Scotland shortstop Riley Rothschadl corrals a ground ball during the Cavaliers' matchup with Lennox in the opening round of the South Dakota State Class B high school baseball Tournament, Monday at Ronken Field at Karras Park in Sioux Falls.

Bon Homme-Scotland pitcher Christian Uecker sends the ball home during the Cavaliers' matchup with Lennox in the opening round of the South Dakota State Class B high school baseball Tournament, Monday at Ronken Field at Karras Park in Sioux Falls.

Bon Homme-Scotland shortstop Riley Rothschadl corrals a ground ball during the Cavaliers' matchup with Lennox in the opening round of the South Dakota State Class B high school baseball Tournament, Monday at Ronken Field at Karras Park in Sioux Falls.

Thanks to an unearned run and a stellar performance by Lennox’s Brock Anderson, he didn’t end that way.

Anderson struck out 12 batters, including five of the last seven batters he faced, as Lennox defeated Bon Homme-Scotland 1-0 in the state quarterfinals on Monday at Ronken Field in Sioux Falls.

Anderson walked just one batter and threw just 73 pitches in the seven-inning contest. Uecker pitched 6 1/3 innings before giving way to Zach Cuka, who got the final two outs after Uecker reached the pitch count limit.

“Christian always gives us quality starts,” Kortan said. “He’s been our ace the past two, three years. We’re sure going to miss him.”

The start of the game was pushed back four hours, and the site of the game was moved twice, before the teams took the field Monday afternoon. But Bon Homme-Scotland head coach Gary Kortan didn’t feel those issues affected his team.

“It gave us an opportunity to get something to eat, and we got a good BP (batting practice) session in,” he said. “We were ready to play. We just ran into a good pitcher.”

After each team went down in order in the first, Anderson got a two-out double down the third base line for the game’s first hit. An errant throw on a grounder by Kirchner, combined with a hustling Anderson, plated the game’s only run.

Lennox threatened to score in the fourth. Leisinger notched a one-out double, then advanced on a wild pitch. But a line drive out off the bat of Zach Foss and a strikeout ended the threat.

Bon Homme-Scotland’s lone scoring threat came in the bottom of the fifth. Schmidt drew a leadoff walk, but was erased on a ground ball by John Kubal. Anderson threw the ball away trying to pick Kubal off first, but Kubal slid past third base and was tagged out.

Bon Homme-Scotland did not get another runner on base, as Anderson retired the final seven batters of the game.

“He (Anderson) didn’t throw anything we didn’t expect,” Kortan said. “We just didn’t do a good job of jumping on his fastball, and he was good at locating his curveball.

“Our strength has been hitting one through nine in the order. We just didn’t hit the way we are capable of.”

Bon Homme-Scotland finished with a 14-2 record, with its only other loss coming to state qualifier Dakota Valley on April 28.

“I told our younger guys (after Monday’s loss) that winning a state title isn’t supposed to be easy,” Kortan said. “I told them that they should be proud of what they accomplished the last couple of years. Only one team ends the season with a win.”

SIOUX FALLS — Dakota Valley’s Nathan Rice struck out nine batters in a complete game shutout as the Panthers blanked West Central 5-0 in the quarterfinals of the South Dakota Class B high school Baseball Tournament on Monday at Ronken Field in Sioux Falls.

The Panthers (13-2) advance to face Madison in the semifinals today (Tuesday) at Sioux Falls Stadium.

Samuel Otten had a double, a single and two RBI for Dakota Valley. Jevin Kratz and Jake Likness each had two hits. Eric Johnson had a hit and two RBI. Tanner Schrunk added a hit in the victory.

Kadyn Nolz and Caden Ideker each had a hit for West Central.

Rice went the distance for the win. Broc Halderman took the loss, striking out eight and allowing two earned runs.

West Central finished with a record of 12-1.