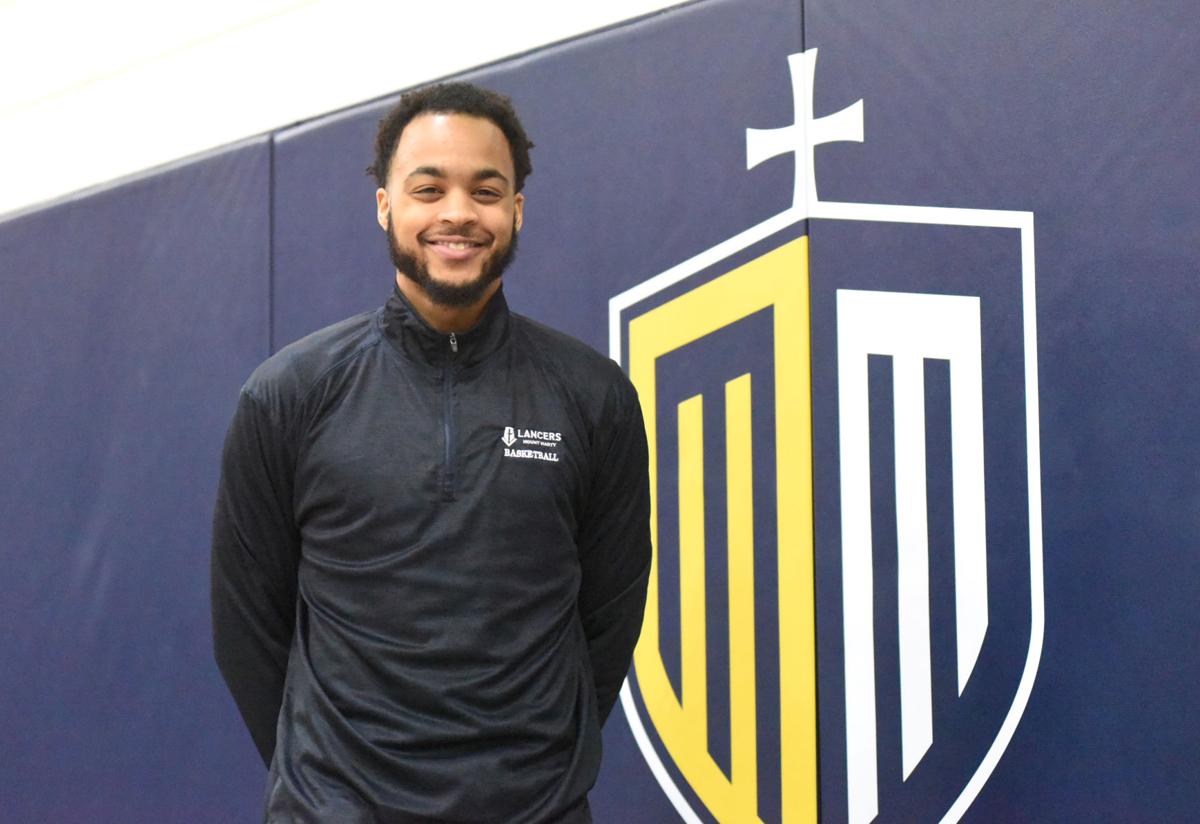 Chris King, a senior guard from Iowa, transferred to Mount Marty College to play basketball for head coach Todd Lorensen and with friend Jordan Johnson. King has averaged 20 points per game for the Lancers, who are off to a 9-2 start this season. 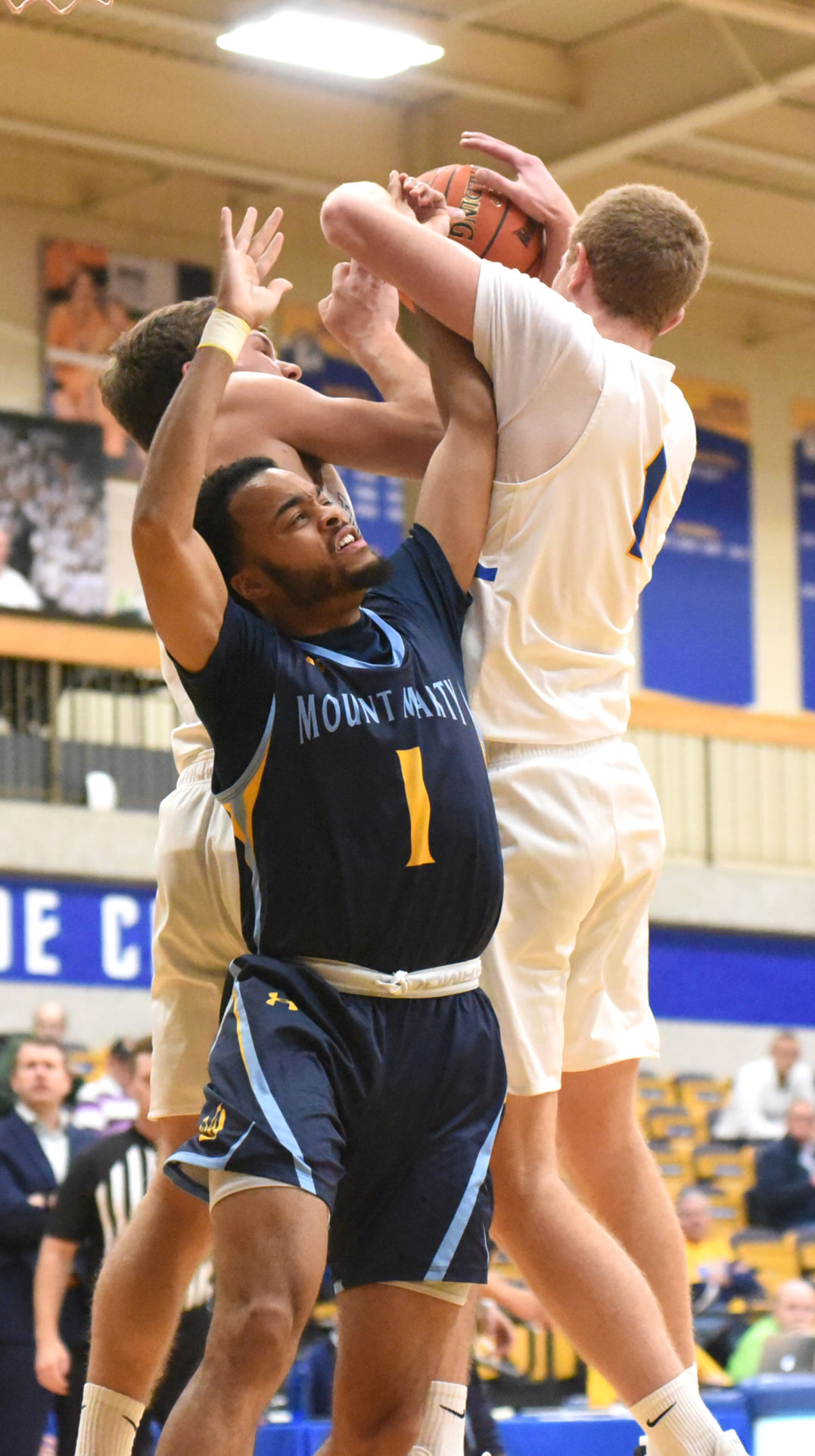 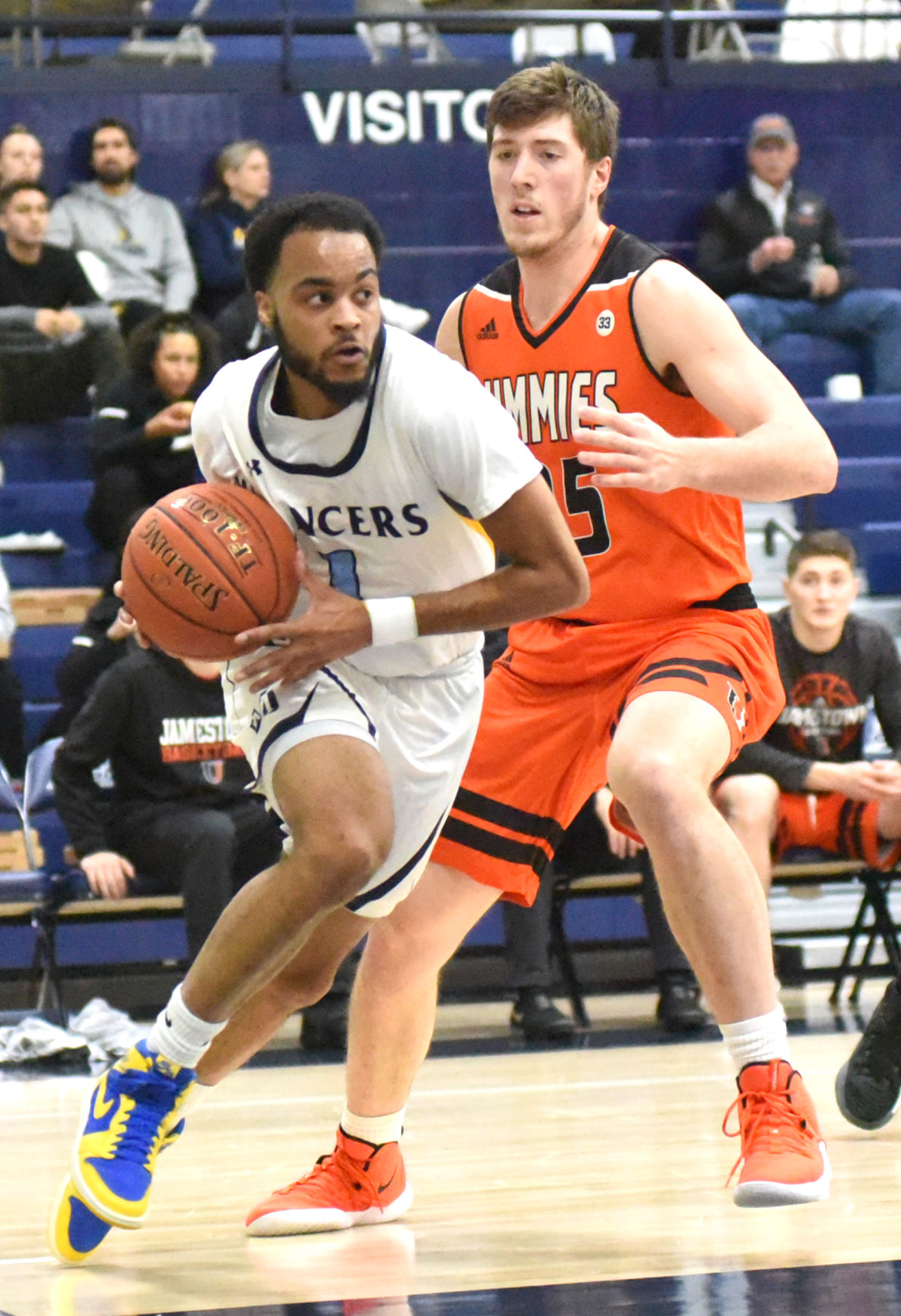 Chris King, a senior guard from Iowa, transferred to Mount Marty College to play basketball for head coach Todd Lorensen and with friend Jordan Johnson. King has averaged 20 points per game for the Lancers, who are off to a 9-2 start this season.

If you can’t trust your best friend, who can you trust?

Chris King wasn’t about to test that theory.

So he listened to his friend, Jordan Johnson.

Johnson, after all, had previously played for Lorensen at Southwestern Community College (Iowa), where they won a junior college national championship in 2017.

“From him knowing Jordan and knowing how that went, I had heard some really good things,” said King, a 6-foot guard from Des Moines, Iowa.

At that point, Lorensen’s sales pitch to King was much the same tenor as the one to Johnson: You’ve got one more year. There are variables to consider, but they’d be less with me because you at least know me and have seen your friends play for me.

And King’s friendship with Johnson played a key role in him ultimately deciding to enroll at Mount Marty, he said.

“He told me he was coming here to link back up with Coach Lo, so I just feel like it was a good situation,” King said.

“The rest is history.”

King is Mount Marty’s leading scorer this season with 20 points per game and has helped the Lancers to a 9-2 start — already the program’s most in eight seasons. Mount Marty is also off to a 3-1 start in the Great Plains Athletic Conference and is receiving votes in the latest NAIA top-25 coaches poll.

As he freely admits, King has found a comfort zone at Mount Marty — the fourth college in his basketball career.

King had actually been recruited by Lorensen while in high school, but ultimately chose NCAA Division II Northwest Missouri State. He spent one semester there and transferred to Kirkwood Community College (Iowa) — the rival to Southwestern, as Lorensen joked.

King played two seasons (2016-17 and 2017-18) at Kirkwood before leaving for Lindenwood, another Division II school in Missouri.

And now King is at Mount Marty.

“I’ve been to small schools before, so it wasn’t much of a change,” he said. “It was a good vibe when I got here.”

As has Johnson (an All-American on Lorensen’s 2017 title team), King has brought to the Lancers an experienced leader and a potent scorer — his has scored 1,276 points in his career.

“His game fits how we want to play to a T,” Lorensen said.

“Some guys have a niche to be a really good shooter or a playmaker, but we absolutely have to find guys who can do both, and he’s one of those things,” Lorensen added.

What has made the Lancers especially dangerous this season, however, is their depth. King is far from alone.

Together, all of those contributions have Mount Marty on a historic pace this season.

The program hasn’t finished with a winning record since 2006, and yes, King and the other transfers this season were told of the program’s recent history.

“He (Lorensen) told me about that through the recruiting process,” King said. “With knowing him and knowing my friend was coming here, I knew we could do some good things.”

After Mount Marty beat previously-ranked Jamestown in overtime on Monday night, King said he and the Lancers were relishing making statements in the GPAC.

It was yet another chance for King to showcase what he can do to a new opponent.

“The majority of the coaches were very aware of Chris and what he’s about,” Lorensen said. “But until you see him live, it’s not always the same.”

There’s still a lot of basketball to played this season for the Lancers, but right now, they’re meshing really well, according to King.

“Talent-wise, I feel like we’re one of the best teams in the conference,” he said.

“We know we can always get beat, but we feel like we can beat anyone in the country, honestly. We’re ready to keep on going.”

One, two or three offices for rent. Shared conference room