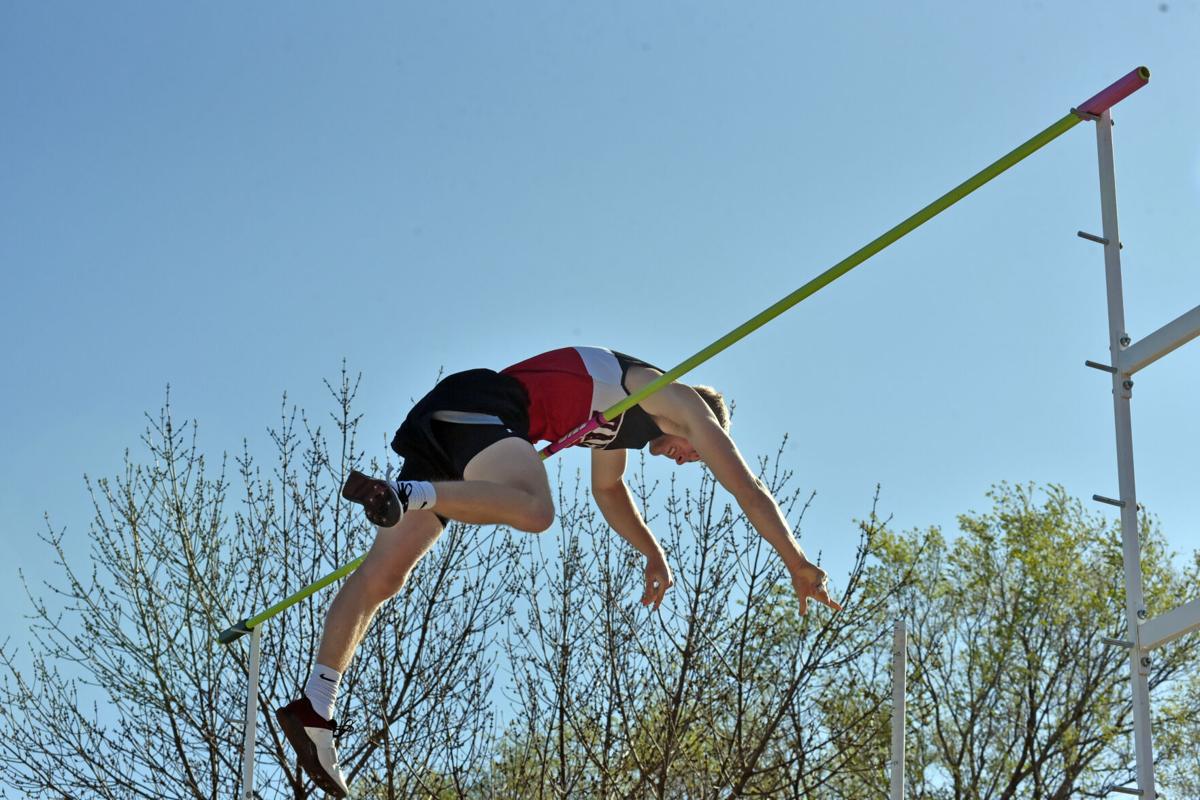 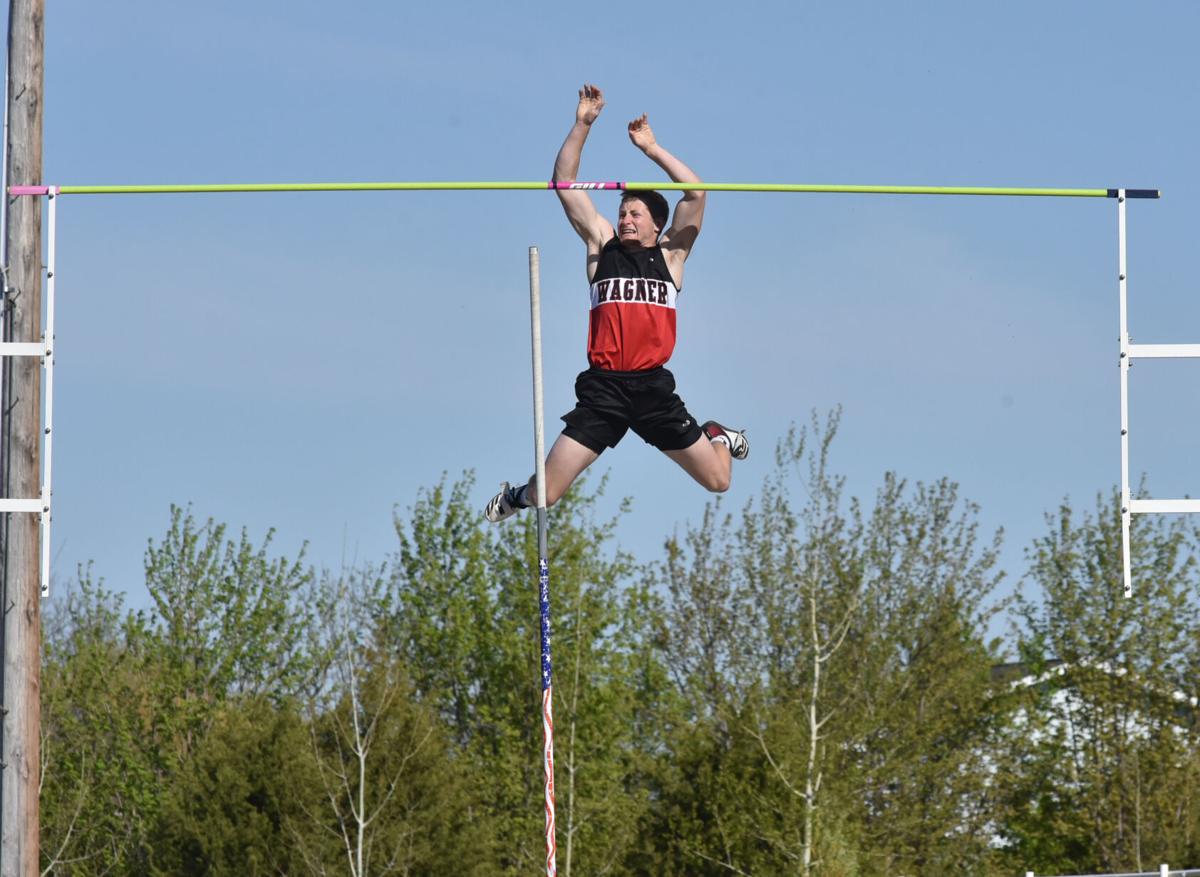 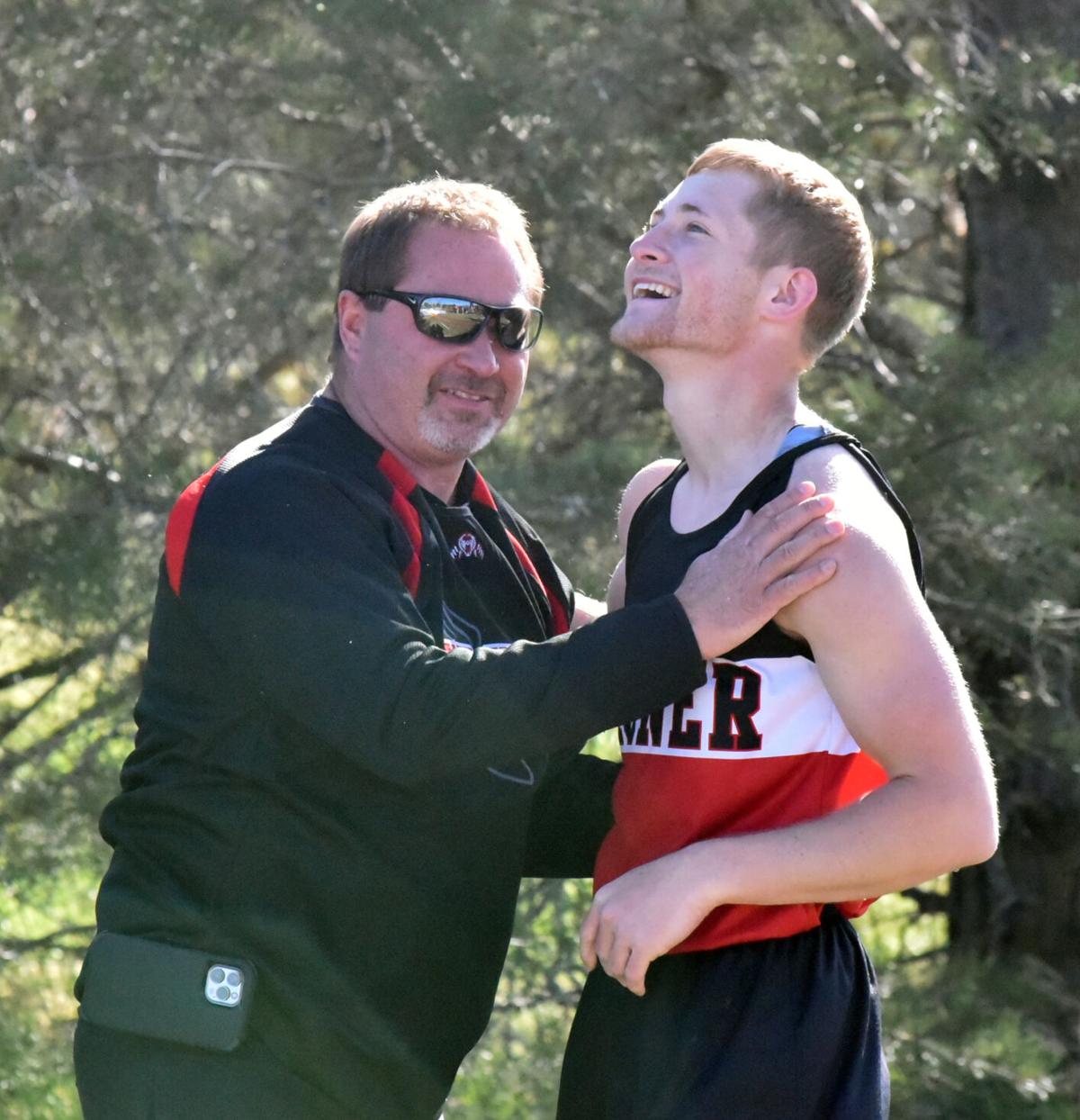 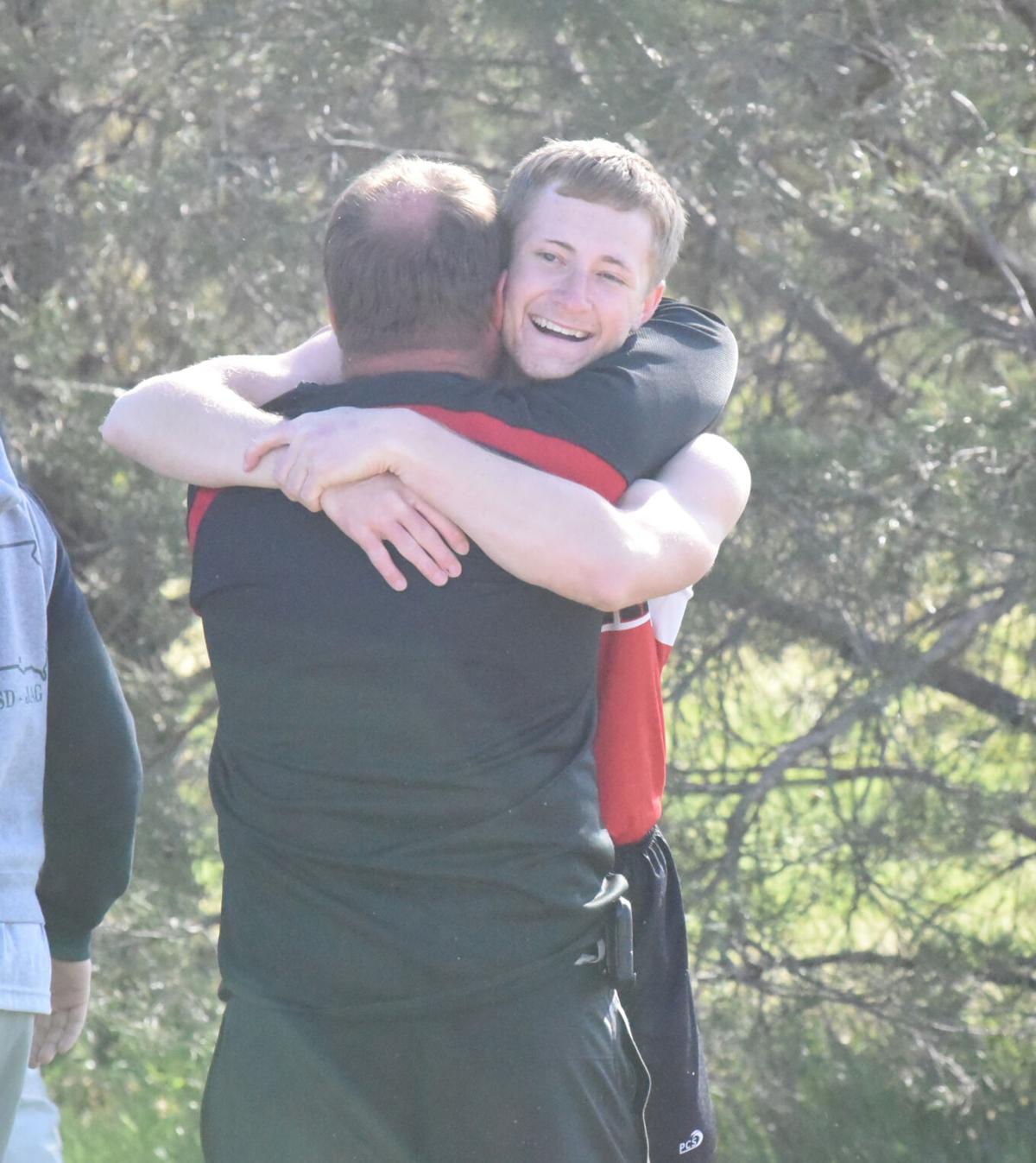 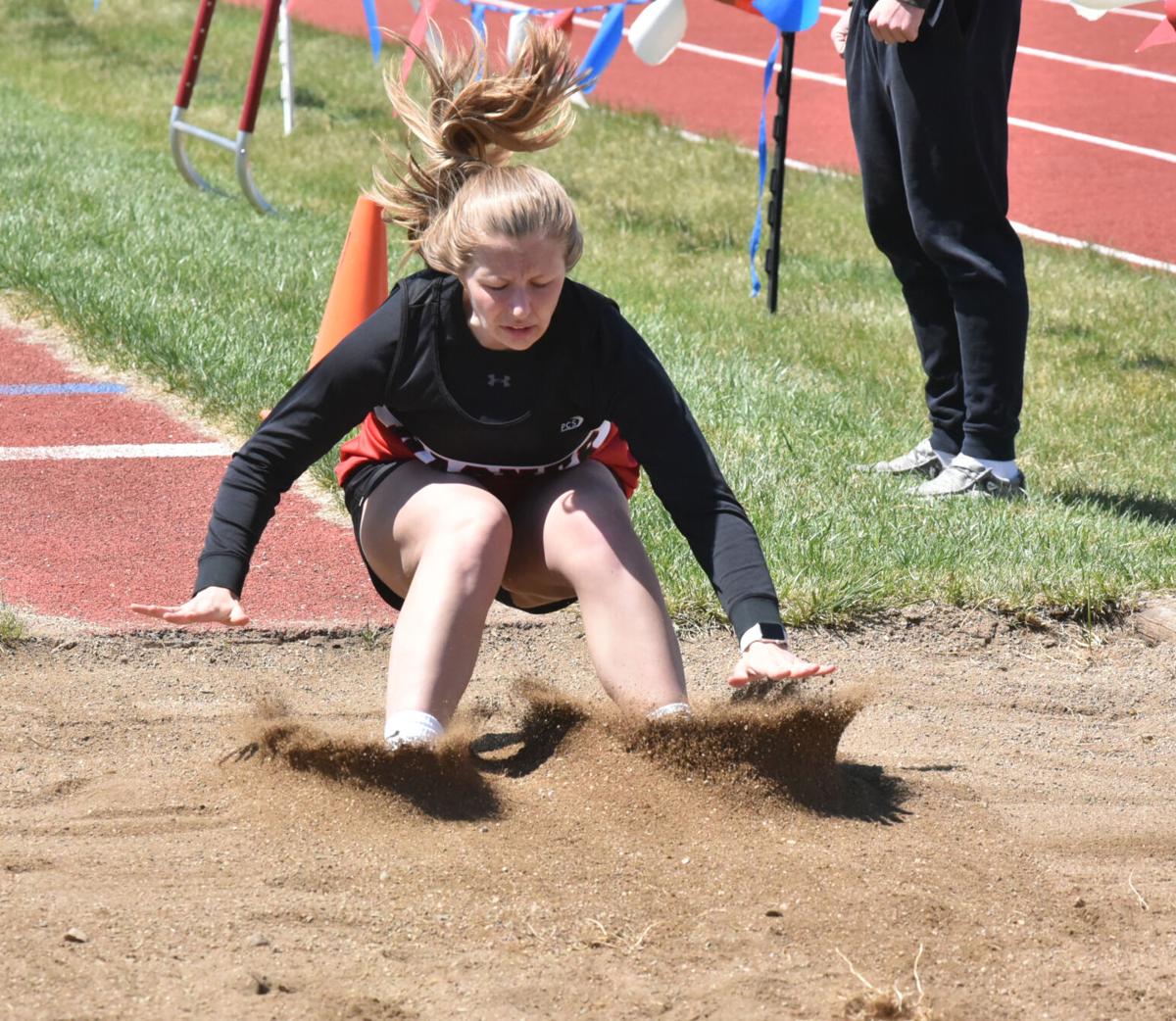 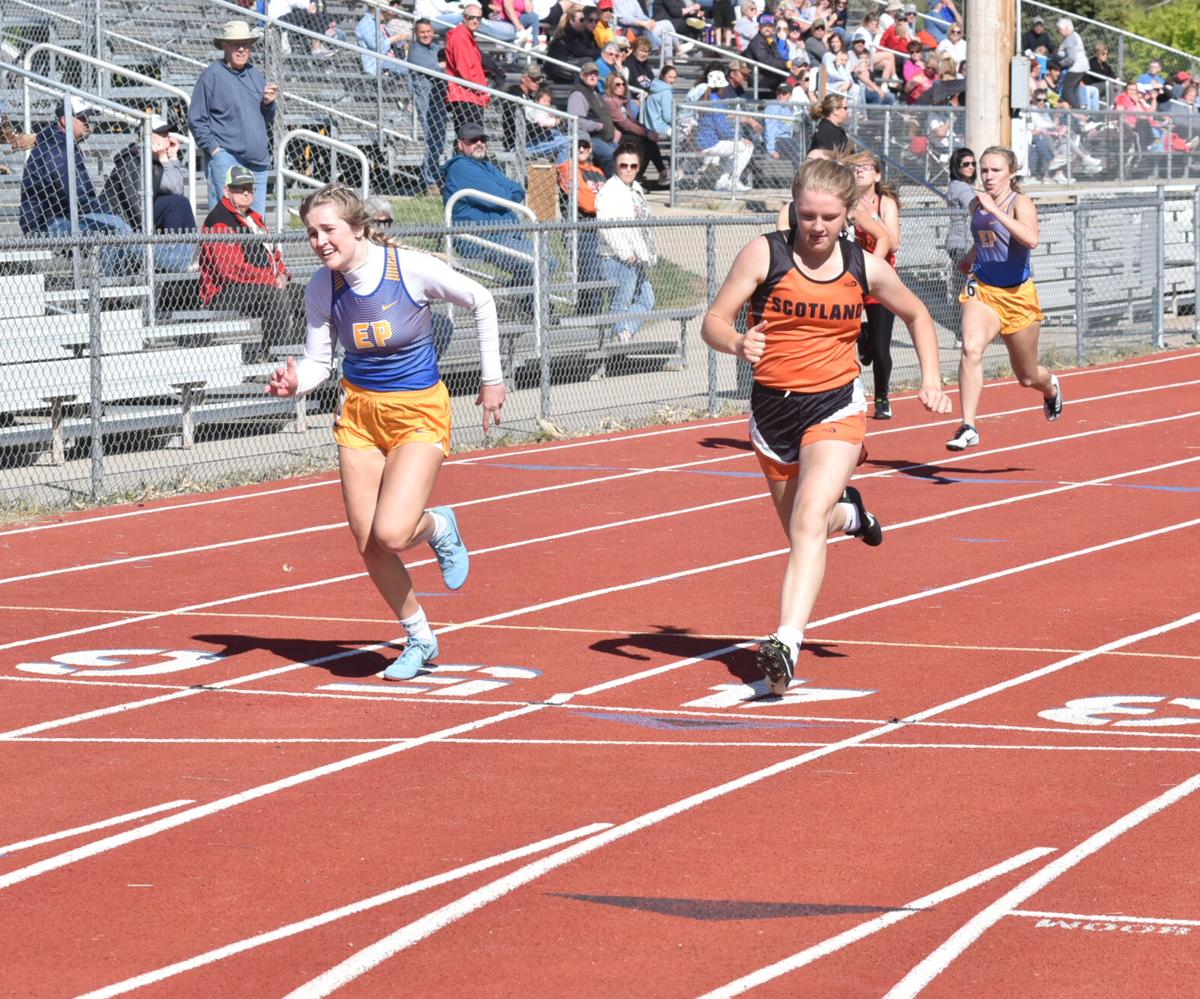 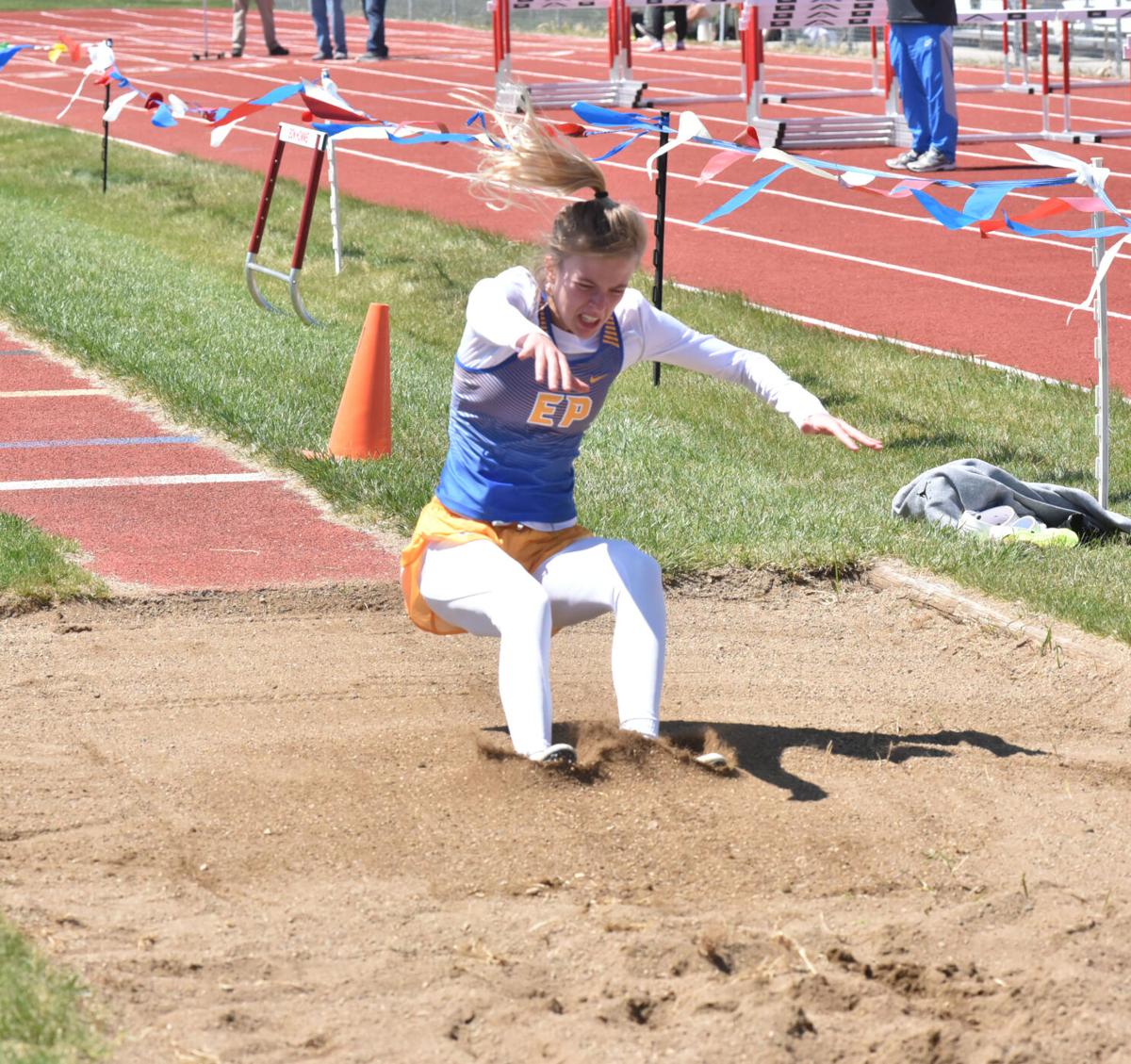 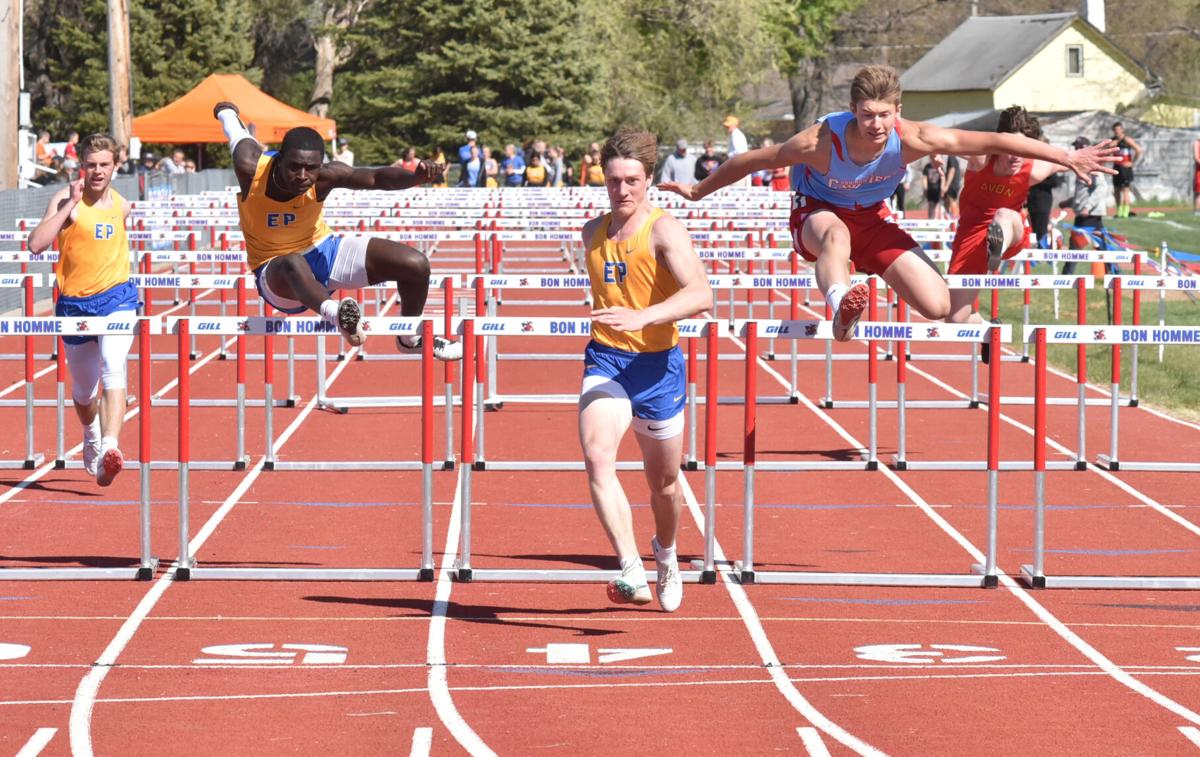 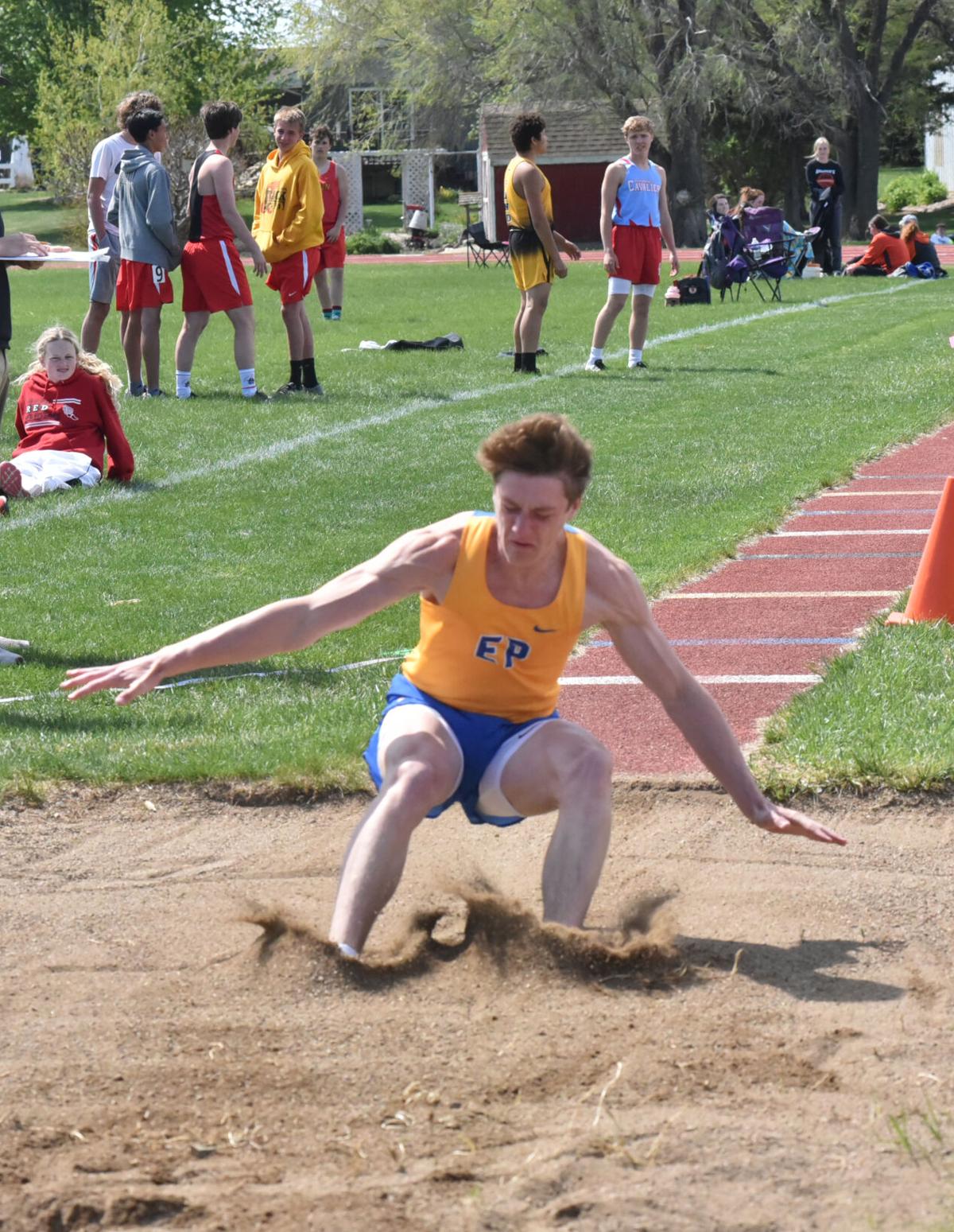 Cole Prunty of Ethan-Parkston competes in the long jump during the Little Missouri Valley Conference meet in Tyndall Tuesday afternoon. 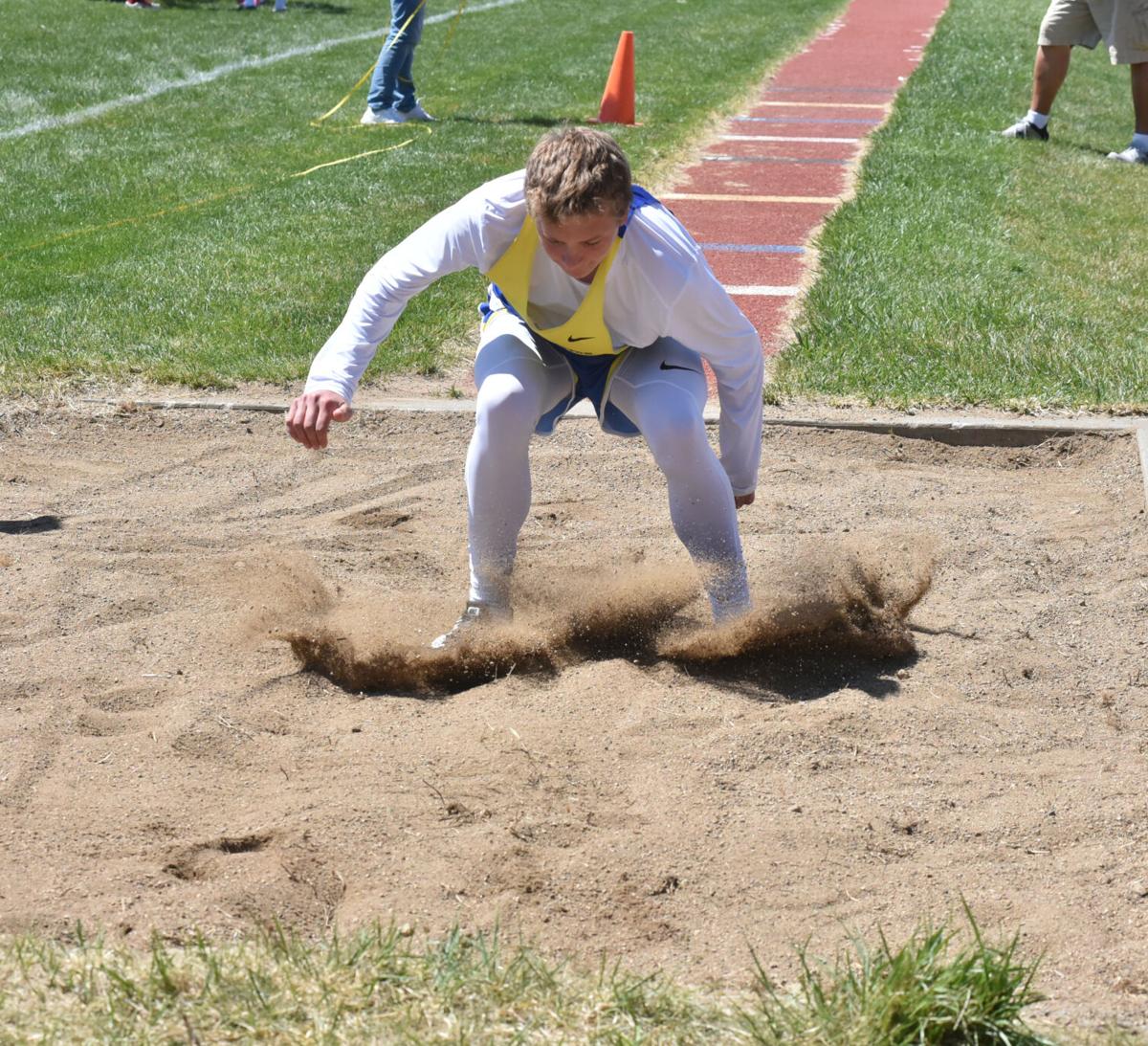 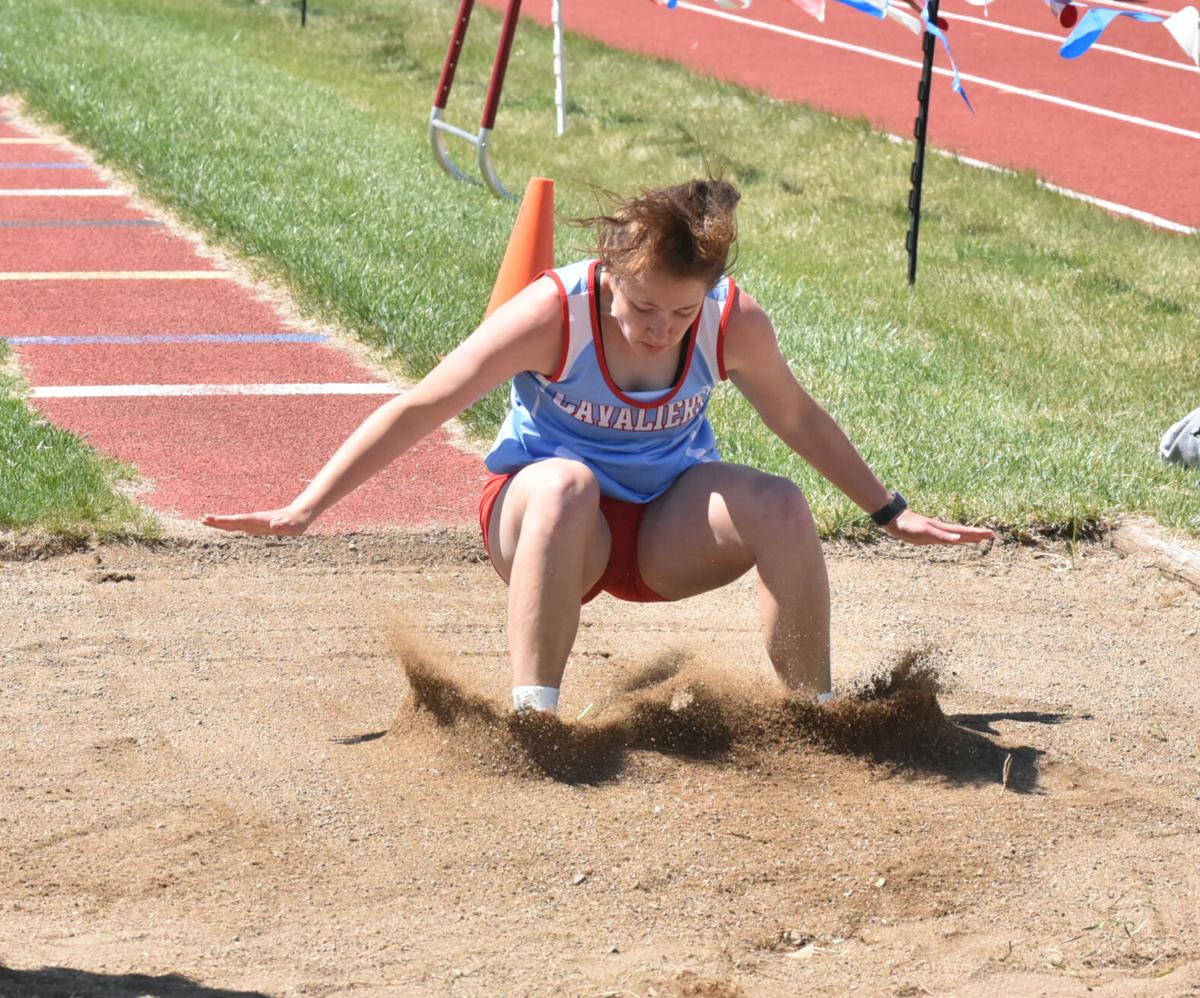 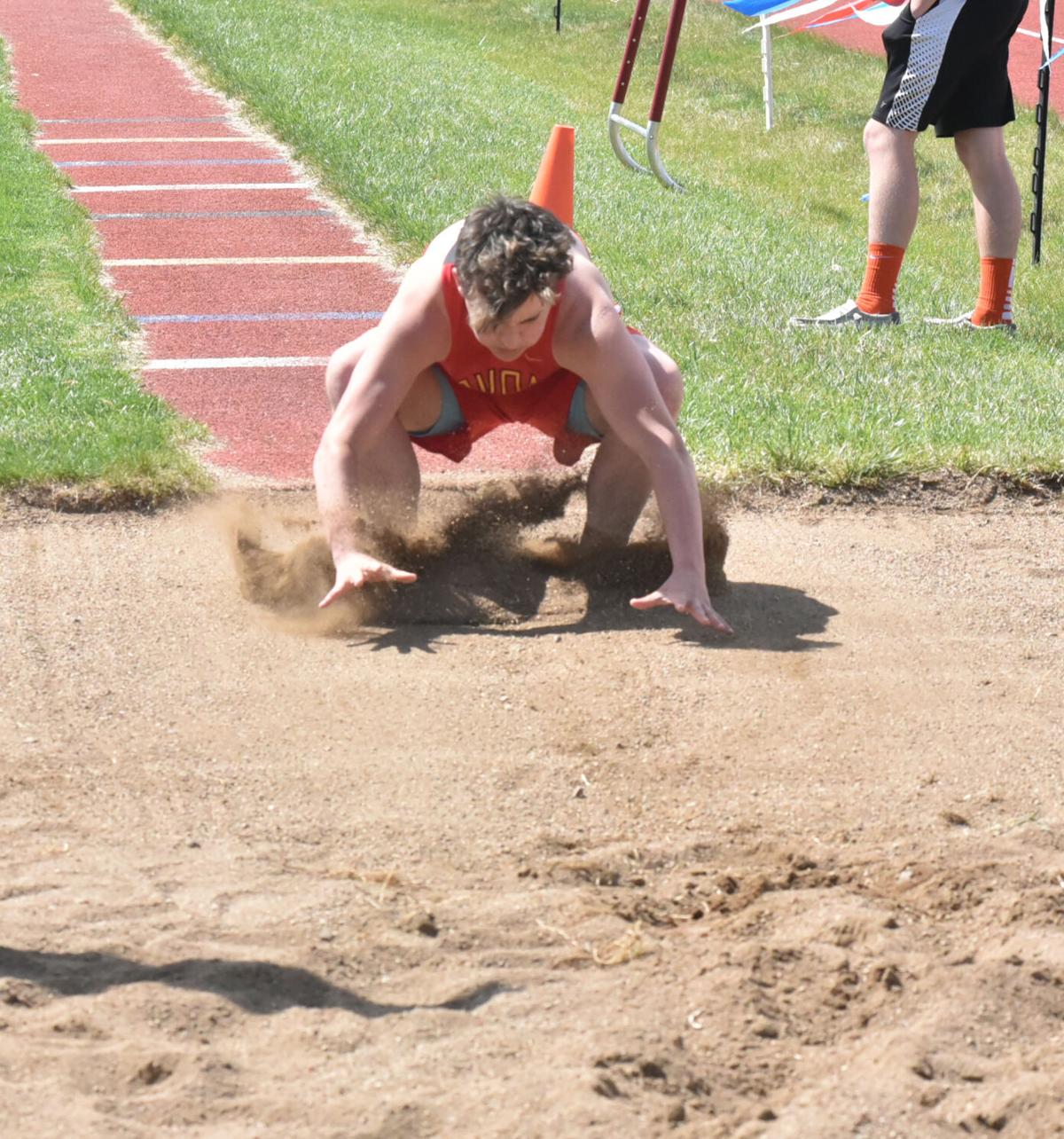 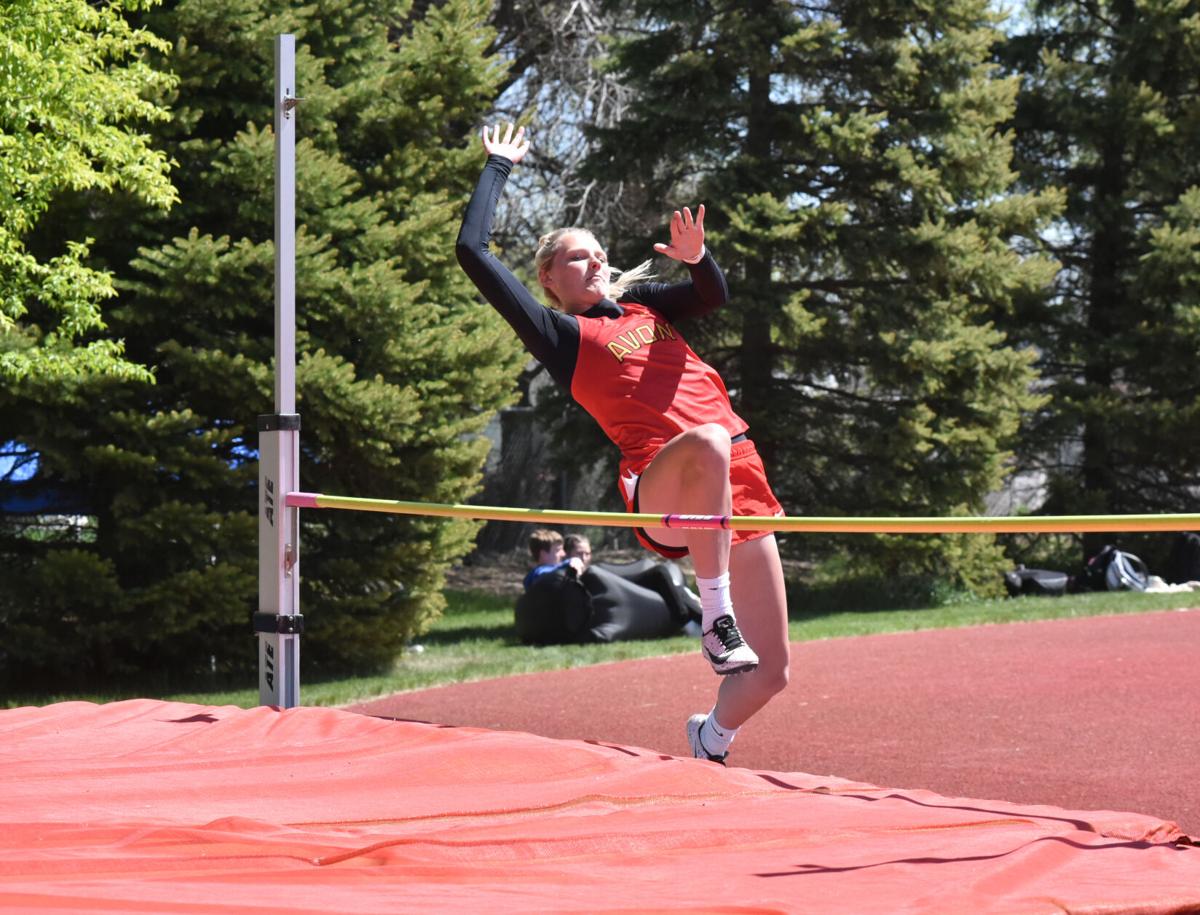 Avon's Tiffany Pelton goes up for a high jump at the Little Missouri Valley Conference Meet in Tyndall Tuesday. 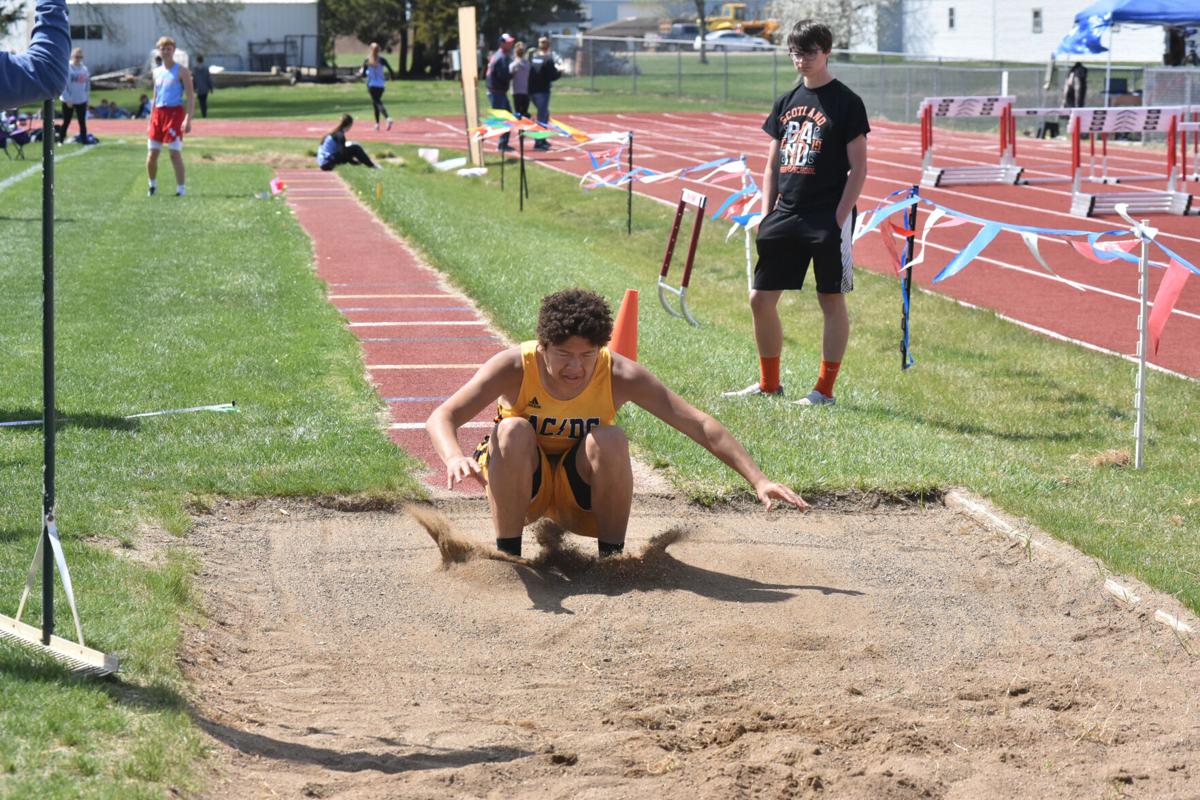 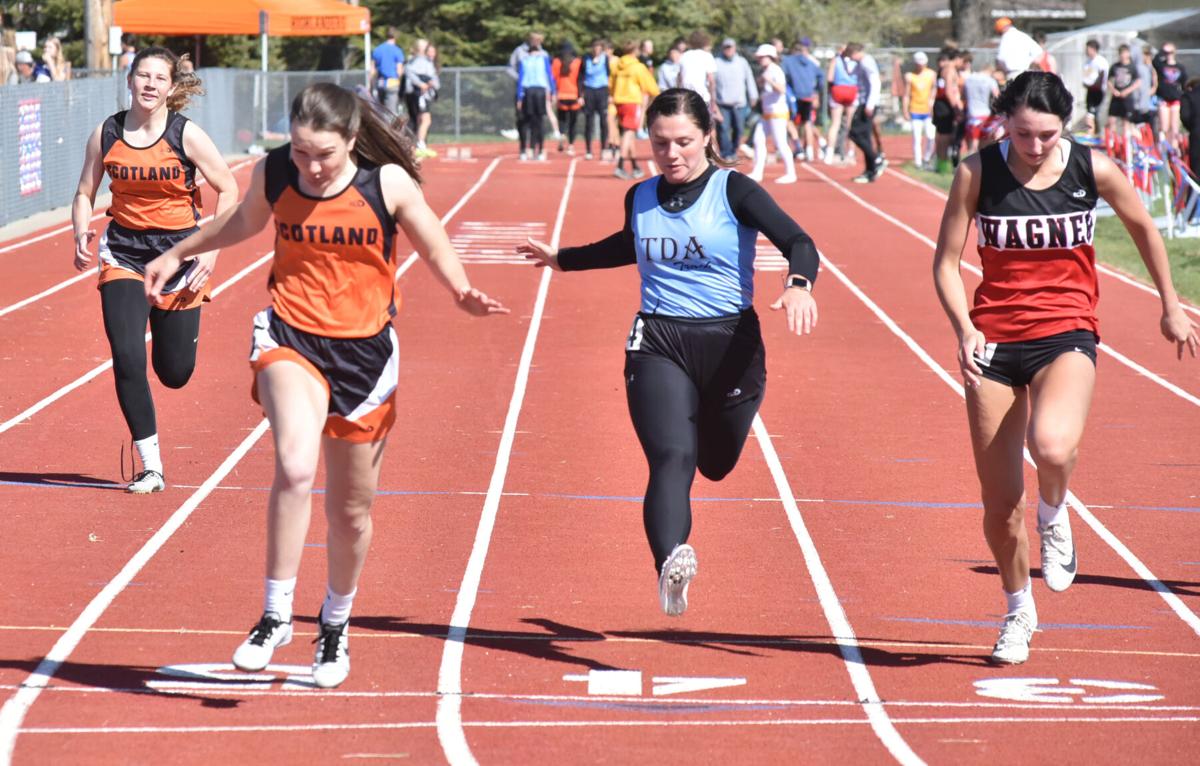 Cole Prunty of Ethan-Parkston competes in the long jump during the Little Missouri Valley Conference meet in Tyndall Tuesday afternoon.

Avon's Tiffany Pelton goes up for a high jump at the Little Missouri Valley Conference Meet in Tyndall Tuesday.

TYNDALL — Wagner’s Jaden Peters set out for his senior season looking to make up for lost ground after the missed 2020 season, and Tuesday he did just that, breaking the state pole vault record with a 16-1½ vault.

“It’s amazing to see all the hard work pay off,” Peters said. “Losing out on last year, I was scared of where I’d be this season after losing out on a whole year, not even any practice. So, to see this, after last year and just seeing all they year of hard work add up, it’s an amazing feeling.”

The previous record was set in 1995 by Rapid City Stevens standout Andy Henrichsen at 16-1. Peters had tried to tie the mark of 16-1 at Friday’s Dakota Relays in Sioux Falls, but missed his three attempts there.

“There’s no reason why Ishouldn’t have made it in Howard Woods, the conditions were great,” Peters said. “The weeks before, I tried 15-6, didn’t get it, and the next time I made it. Didn’t make 16-1, today I made 16-1½ and just seeing that bar up there a few times really helps.”

Peters’ day started at 13-6, six inches lower than his usual 14-foot starting mark, but still above the rest of the day’s competition. Peters went to his third attempt at 14 feet before clearing and working his way up.

“It was just a comfort thing, coming in a little lower at 13-6,” Peters said. “I struggled at those lower heights, but I think ultimately, it helped me warm up, and warmed me up for the big jump.”

Once he got rolling, his coach and father, Chad Peters, said adrenaline took over, but it wasn’t easy to get to that point, as he struggled to find a pole that was working very well for him

“He couldn’t penetrate, so we moved his run in to a five step, from a seven step on a much lighter pole,” Chad Peters said. “It was a battle from that point on, to try and get the correct pole in his hands. As the adrenalin started picking up, his run got better, his takeoff got better, so he ended up with the biggest pole we have.”

Jaden Peters clear 15-7 on his first try to set a new personal best, but he wasn’t done there, he wanted the record. With a cross-wind from the north, and Jaden Peters running from west to east, he wasn’t sure if Tuesday would be the day.

He missed his first two attempts at the record height, and with all eyes at the Little Missouri Valley Conference Meet on him, Jaden Peters went down the runway one more time.

“I can’t even put it into words,” Chad Peters said. “I’m just unbelievably proud of him, not only as an athlete with this huge mark, but just being his dad, beign able to see him hit that goal that he’s worked so hard for.”

The crowd erupts as he clears the bar and falls to the mat. Peters immediately jumped up and the new state record holder’s celebration began. After being mobbed by teammates, Jaden Peters embraced his father and coach in an unforgettable moment.

Jaden Peters didn’t attempt anything higher than the 16-1½ and has run into a new issue, he needs a longer pole. Chad Peters said they had to order new poles recently because the current poles they have are going to start limiting his height.

With the new poles coming to Wagner soon, Chad Peters believes there is a chance Jaden Peters could get as high as 6-6 this spring if he keeps working at it.

“We just want to keep improving,” Chad Peters said. “Hopefully get consistent at this 16-foot area, and keep moving it up. Hopefully with these new poles, we can maybe get to 16-6 or so, who knows. Because, as well as he is jumping, there are definitely some areas technically that we can improve on.”

Jaden Peters next chance to increase his new state record is Thursday in Yankton, where he will compete in the First Dakota Relays.

In the team competitions of the Little Missouri Valley Conference meet, Ethan-Parkston won both the boys and girls competitions, with Wagner and Scotland following in second and third in both respectively.