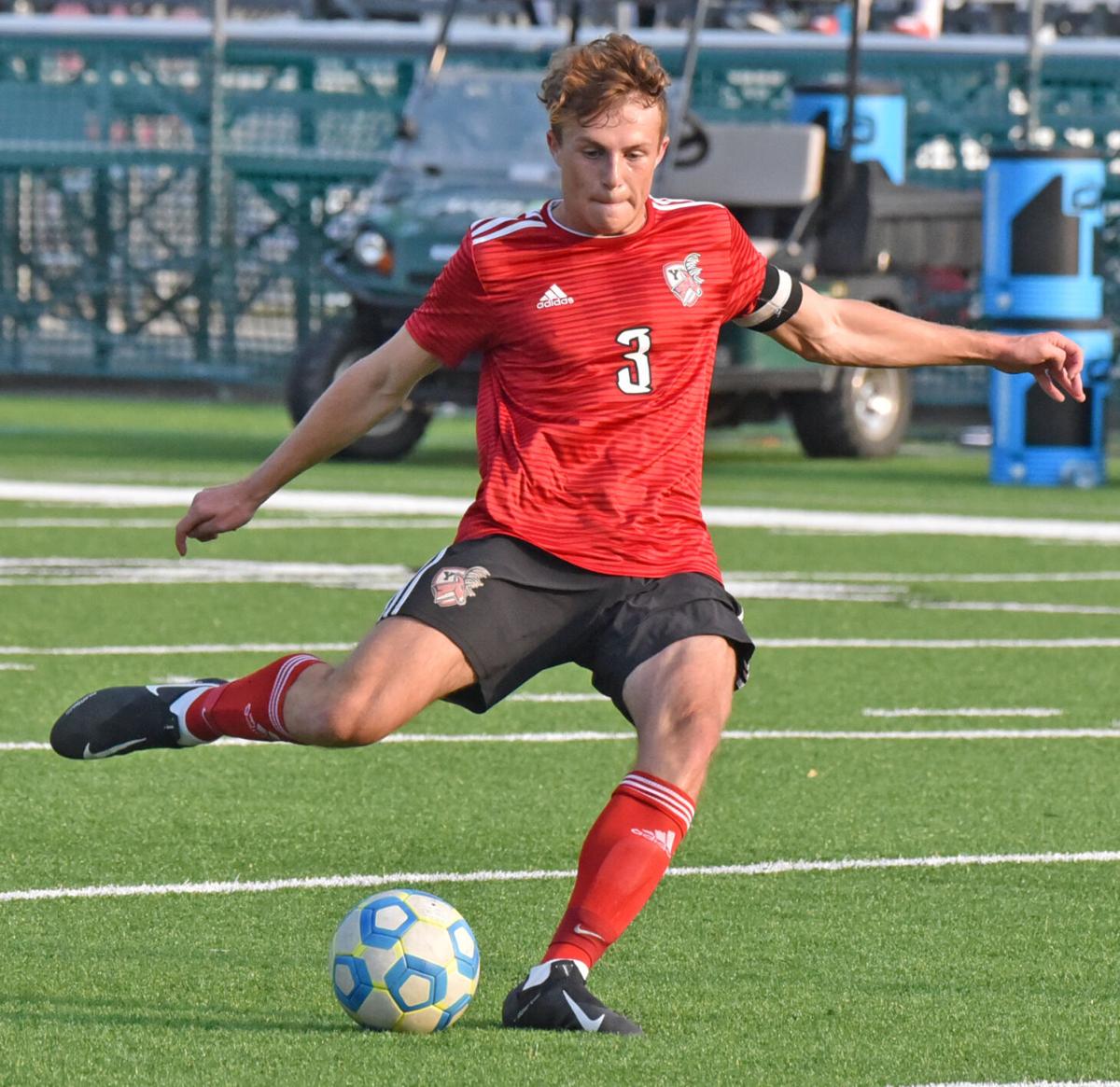 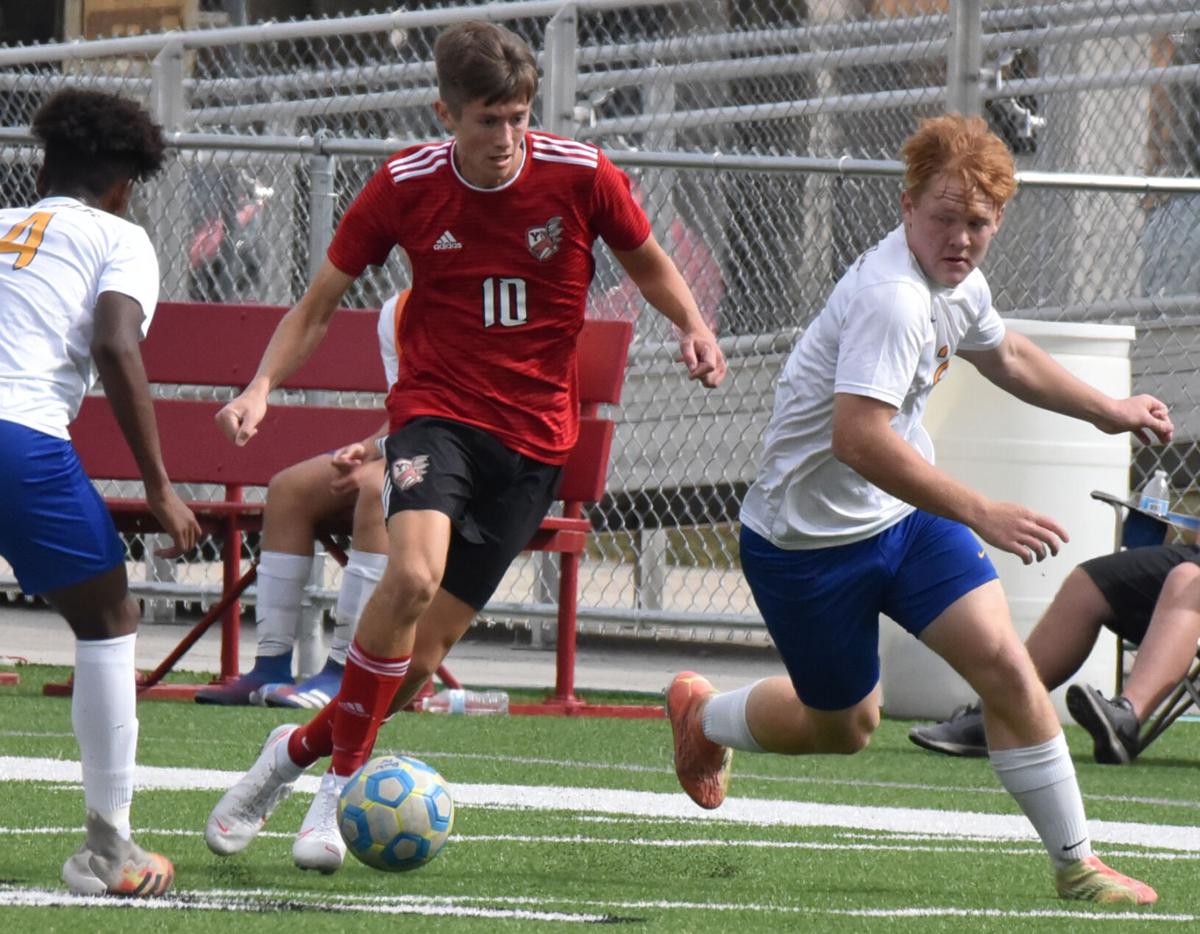 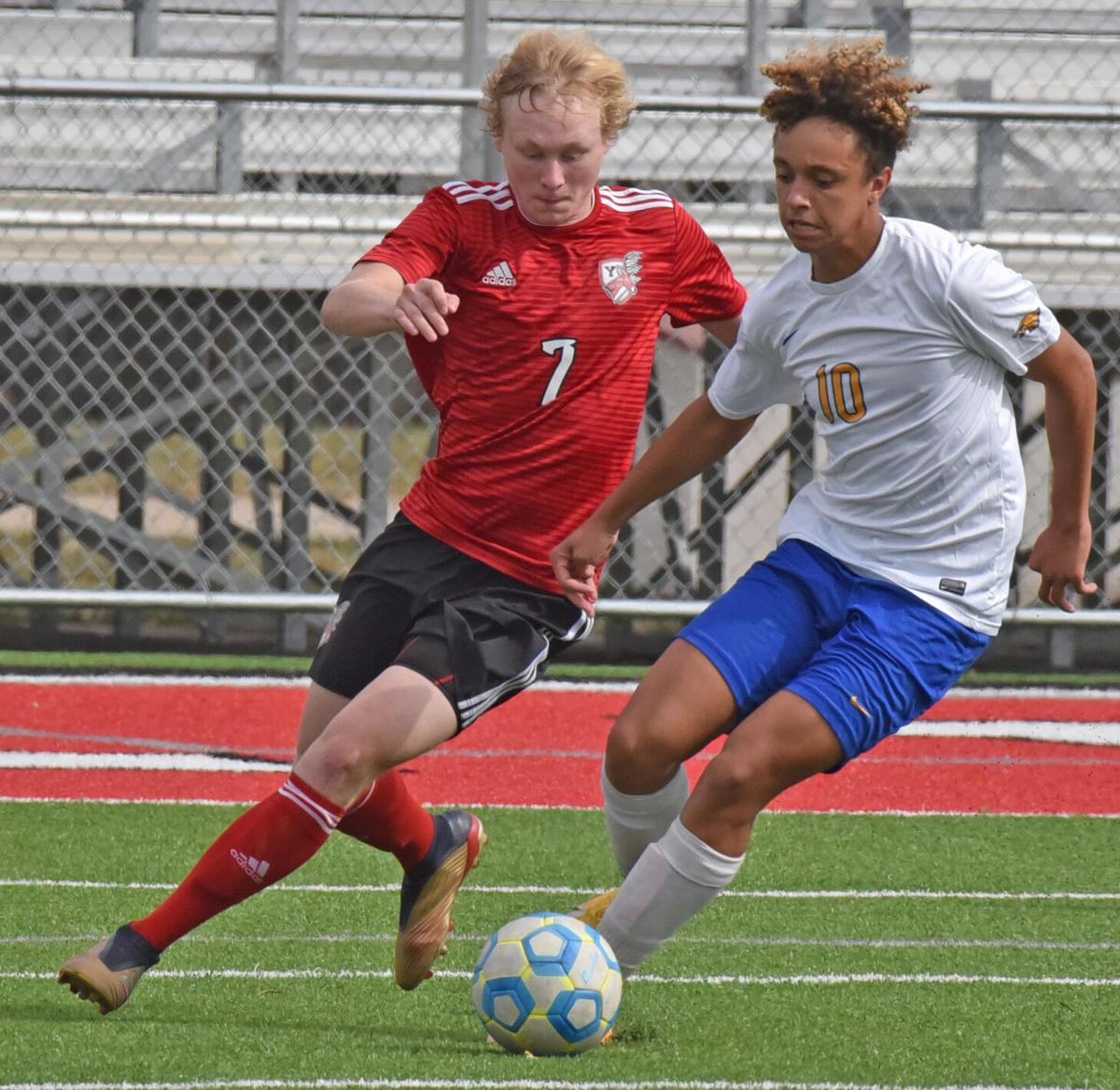 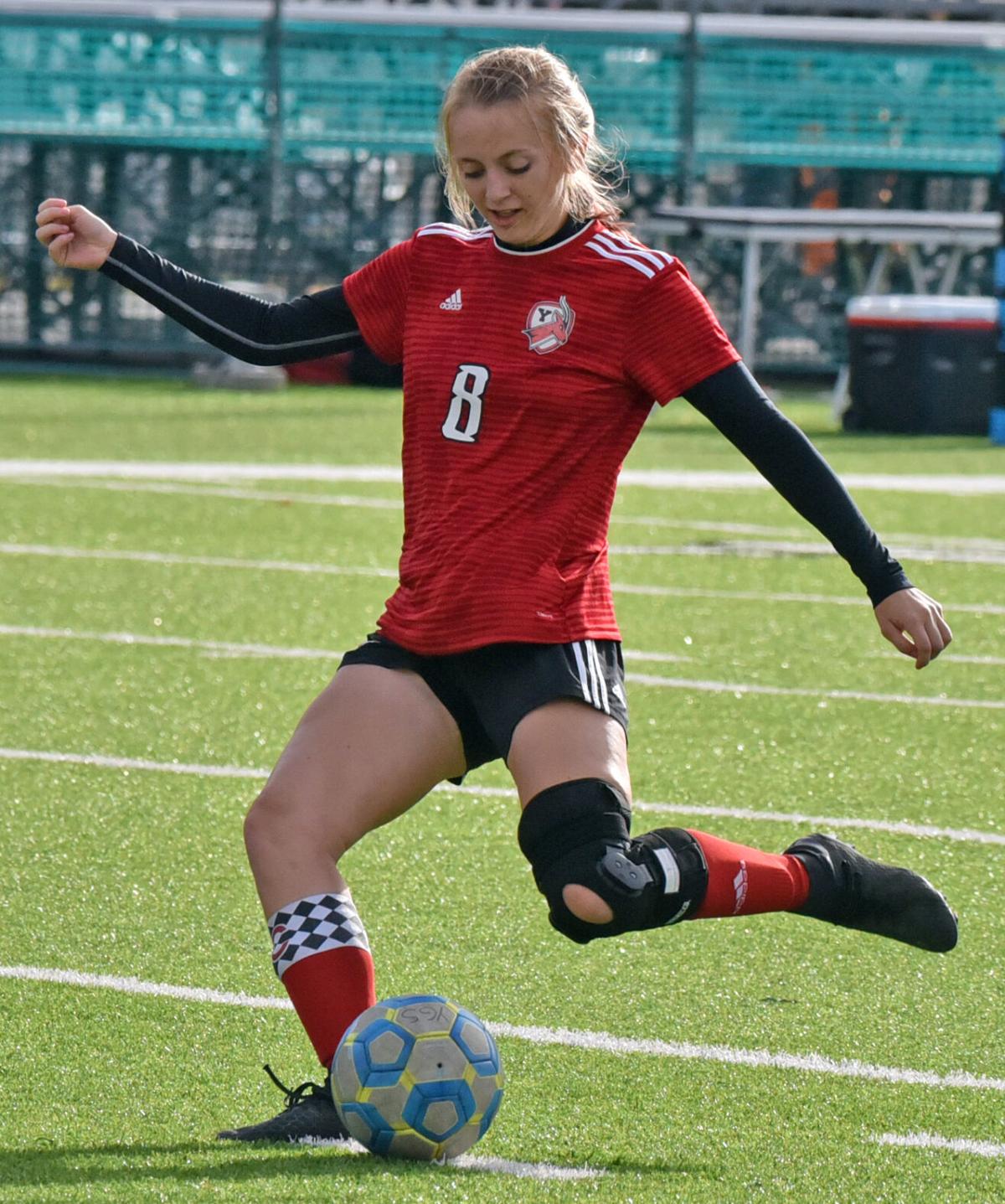 Yankton's Thea Luken sends the ball toward the goal on a free kick during the Gazelles' Eastern South Dakota Conference girls' soccer match against Huron earlier this season. Luken was named to the All-ESD team, announced Thursday. 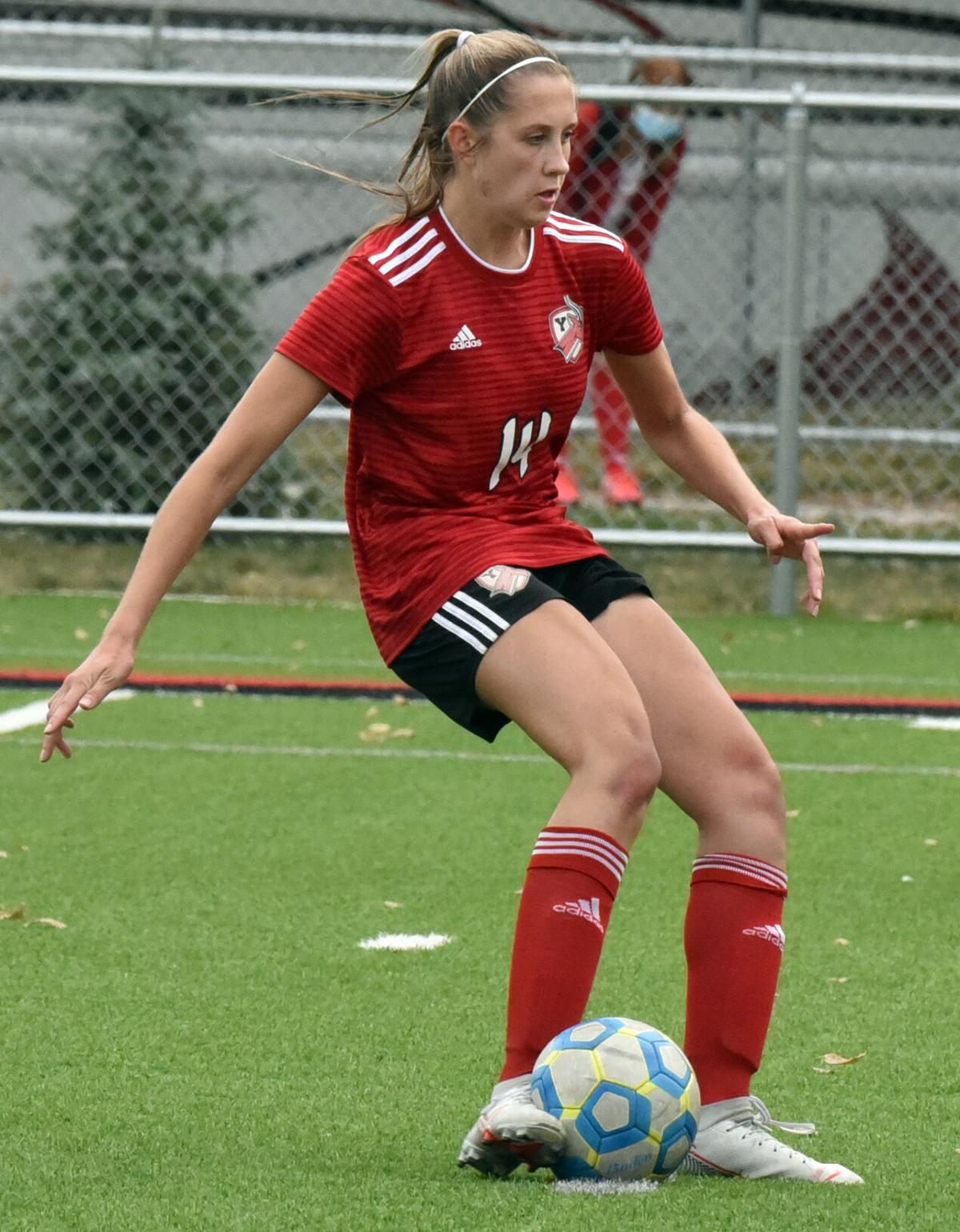 Yankton's Thea Luken sends the ball toward the goal on a free kick during the Gazelles' Eastern South Dakota Conference girls' soccer match against Huron earlier this season. Luken was named to the All-ESD team, announced Thursday.

Senior Christian Budig and junior Jacob Kirchner were honored for the Yankton boys.

Budig, the Bucks’ lone senior, scored 12 goals on the season.

“He has matured into a good leader and has had a great high school career,” Yankton boys’ coach Dave Dannenbring said. “Jacob has become the leader on the defense and improved his soccer skills in all areas.”

Also for the Bucks, junior Ethan Yasat was named to the second team.

“Ethan is a workhorse and leads the team in showing us how to play hard and make things happen,” Dannenbring said.

For the Yankton girls (3-10-1), senior Thea Luken and junior Cora Schurman were honored.

“Thea has been an All-ESD caliber player for the past two years, but simply got overlooked her junior year with all the other talent around her,” said Yankton girls’ coach Tyler Schuring. “Playing a holding midfielder for the majority her career Thea was a shutdown defensive player in the midfield who also has the skill and desire to create on the offensive side of the field.”

Schurman posted seven goals and one assist on the season, moving into fourth on the Gazelles career charts with 19 goals. She ranks third on the career assists chart with nine.

“She is a very skilled, hardworking and intelligent player and also a big part of the Gazelles program a year ago as a sophomore,” Schuring said. “We look forward to having her back her senior year and I can’t wait to see what she can do.”