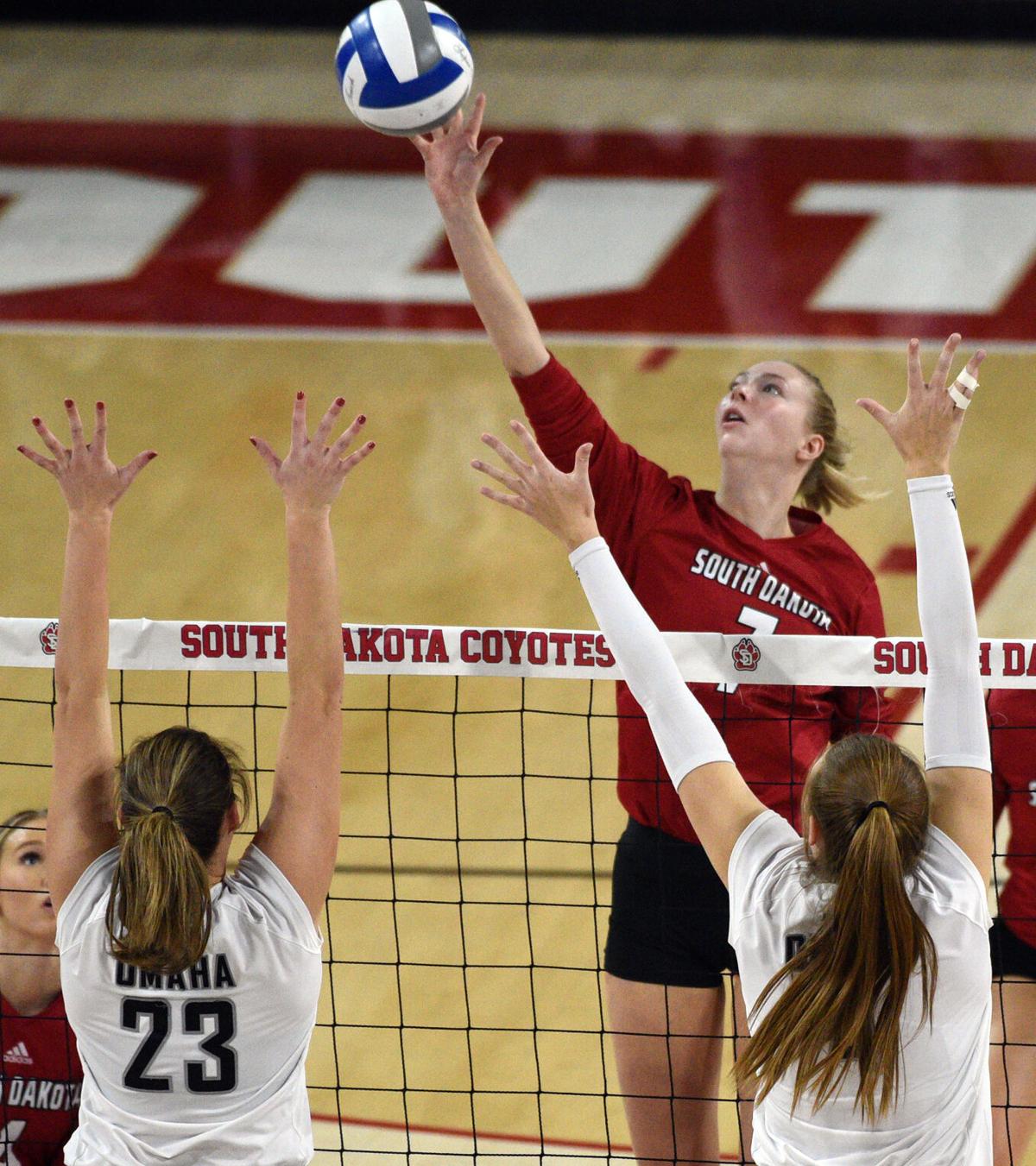 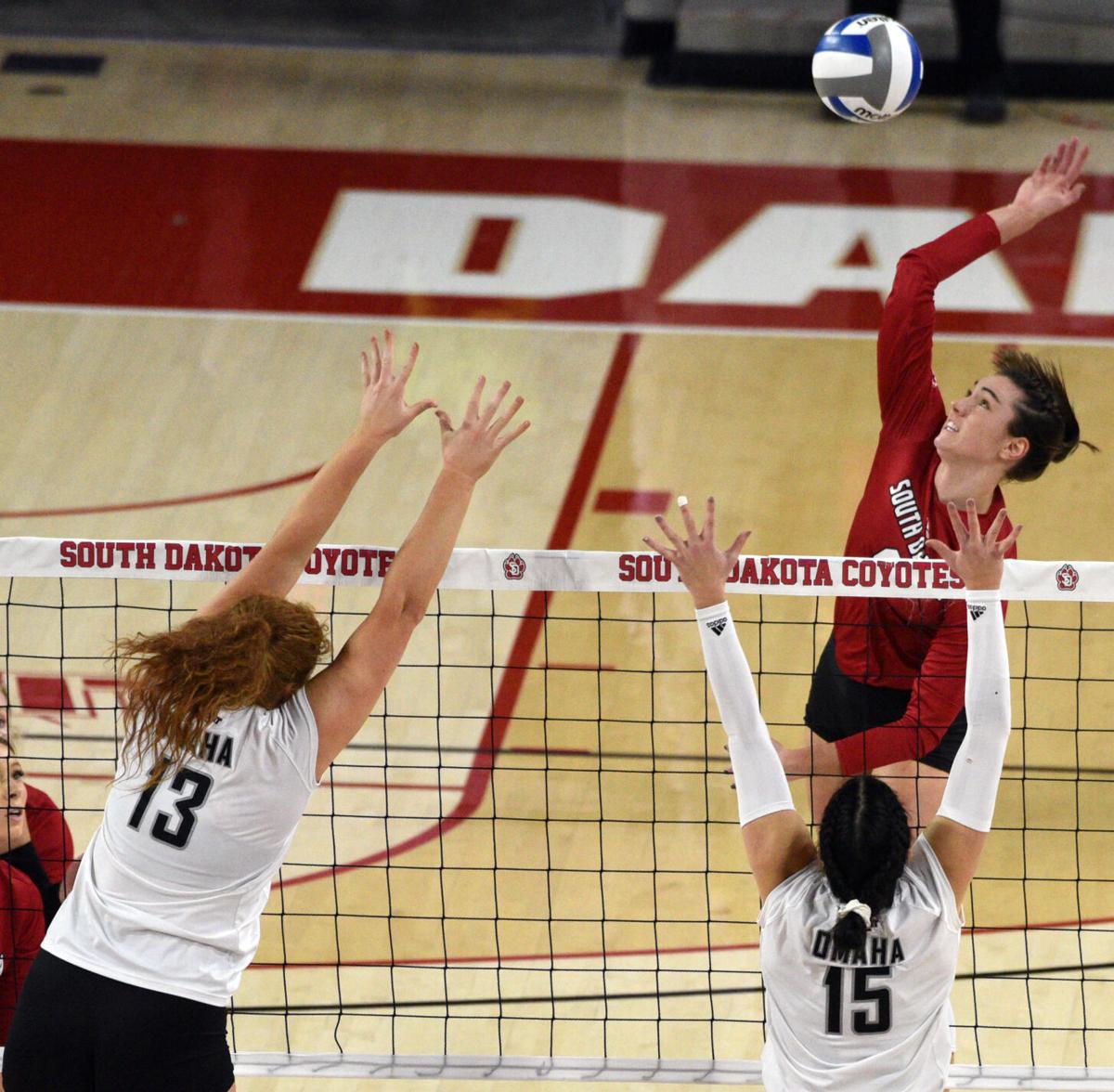 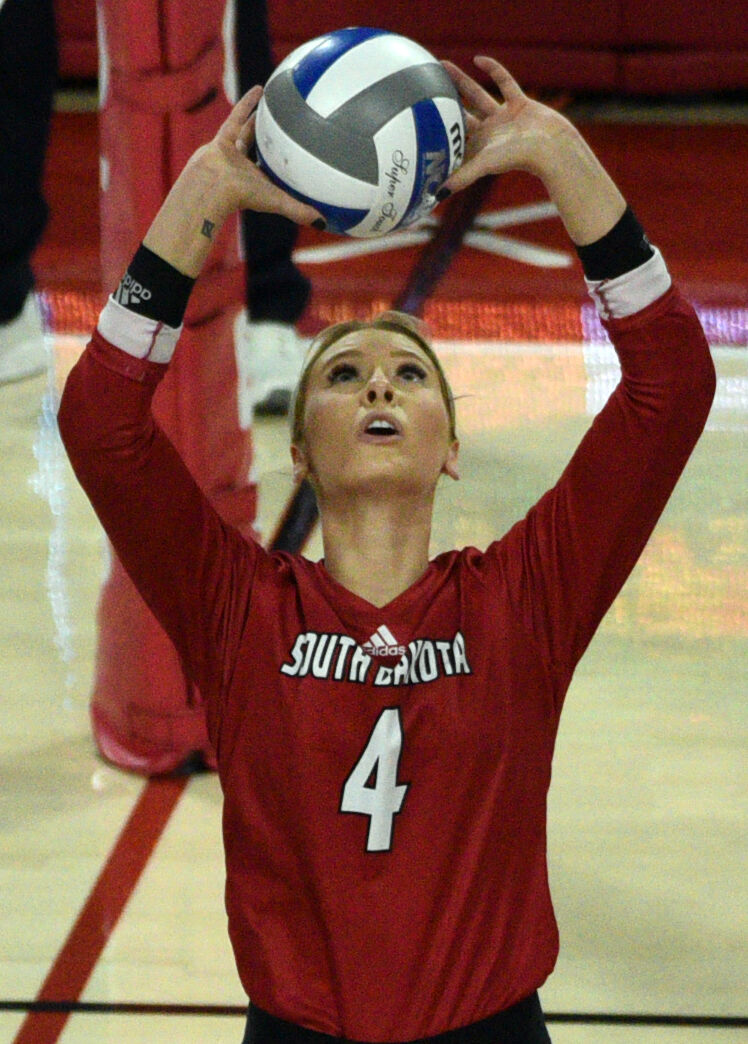 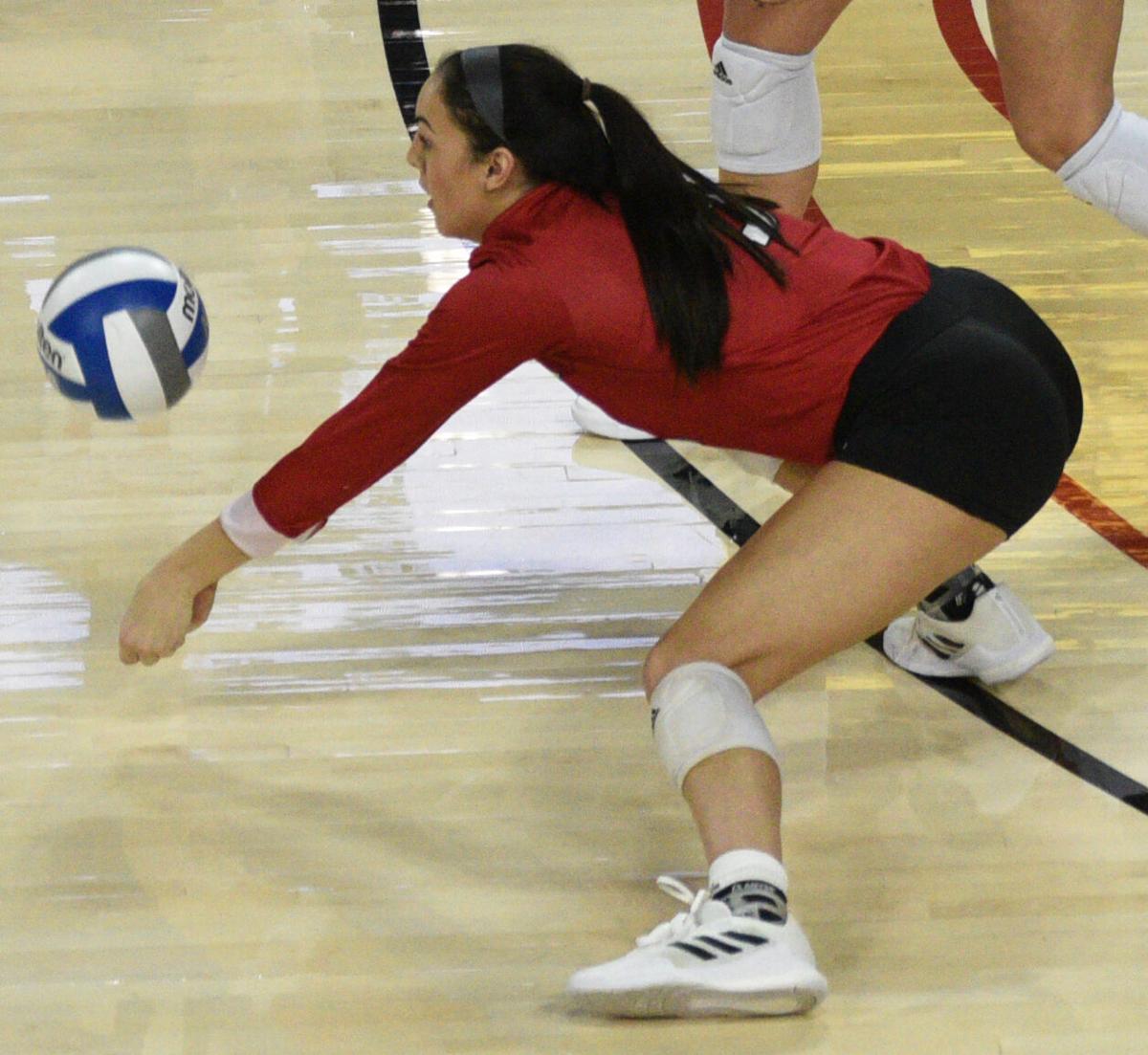 SIOUX FALLS – South Dakota placed four on the All-Summit League volleyball teams that were announced by the league on Wednesday, two of them earning first-team honors.

“I am proud of this team for achieving such great things this year which set many of these individuals up for these awards,” coach Leanne Williamson said. “This group of women have worked extremely hard this season to continually improve themselves which shows in their success throughout this season. This groups spans across multiple positions and have consistently found ways to impact this program. I am grateful for their hard work and dedication to improving daily.”

Juhnke, a junior and now three-time first-team selection, ranked second in league play in kills per set (4.08) and first in total kills (290) while also producing 212 digs and 33 total blocks as South Dakota finished second at 15-3 in the Summit League. The Lakeville, Minn., native, had 10 double-doubles during league play and reached double digits in kills in 17 of 18 league matches played.

“Elizabeth has really improved her overall game this year,” said Williamson. “She has been a big part of our serve receive, defensive lineup, blocking scheme, and of course, our offense. Her ability to score in system has shown, but what sets her apart is her ability to score in out of system situations.

“I am proud of everything that she has accomplished to this point this season.”

Harms, a junior from Sergeant Bluff, Iowa, led the Summit League in hitting percentage (.440) while ranking third in blocks per set (1.25) during league play. The repeat first-team selection also contributed 178 kills, 14 solo and 71 assisted blocks from her middle blocker position. Her 23 overall solo blocks on the season are tied for the most in school history during the 25-point rally scoring era. She produced nine matches of over 10 kills during league play while having a hitting percentage over .450 in 11 of 18 league matches.

“Madison (Harms) has greatly improved over the past few months,” said Williamson. “She is a special athlete who has the ability to be a shut-down blocker but also score at a very efficient clip. Her work ethic is unmatched and her willingness to learn is evident every day.

“Madison is also an amazing teammate who makes those around her better. I am very excited for her earning this award!”

Jurgens, a senior from O’Dell, Nebraska, earns honorable mention honors for the third time in four seasons. The setter ranked third in Summit League play with 10.86 assists per set while also contributing 29 service aces and 165 digs and 15 total blocks. She recorded at least 30 assists in all but one Summit League match and posted seven double-doubles in league play.

“Madison (Jurgens) has had a great year,” Williamson said. “She has led our offense to leading the league in hitting percentage in conference matches which is a great statistic. I am really proud of Madison because of her consistently willing to learn and grow, even while she was in her fifth year.

“She has been a key component to our success on the offensive end of things and her competitiveness is unmatched! I am proud of everything that she has accomplished during her career here!”

Slaughter, a senior from Harrisburg, S.D., ranked 10th in the Summit League and second on the team in kills per set during league play at 2.72. She added 50 digs and 44 total blocks in league play. She posted a season-high 22 kills during a five-set win at Kansas City and recorded double digit kills in nine of 18 league matches.

“Sami has really impacted our team in two main areas, her attacking and her blocking,” said Williamson. “She had an extremely heavy arm and can score against the best of defenses. Her want to be her best has driven her every day. Sami's blocking is elite.  As an outside, she has allowed us to run a specific defensive scheme that many people are not able to, and she has slowed down or stopped some of the main attackers in the league.

“I am proud of all that she has accomplished during her time here and I am glad she used her fifth year to benefit this program!”

South Dakota is the No. 2 seed in this weekend’s Summit League tournament being played inside the Sanford Coyote Sports Center in Vermillion. The Coyotes (18-9 overall) will face either third-seeded Denver or sixth-seeded South Dakota State in Friday’s 7 p.m. semifinal.