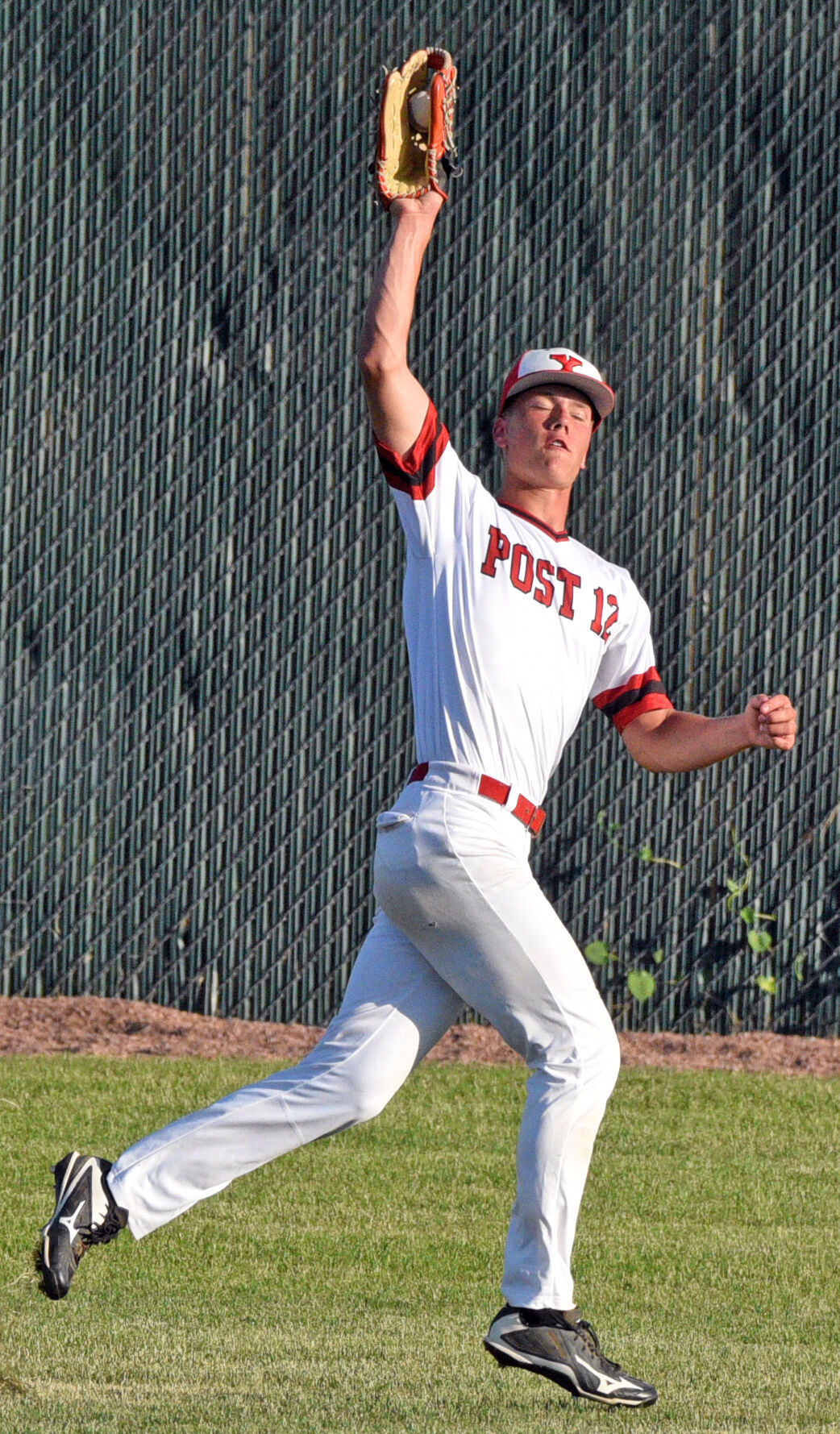 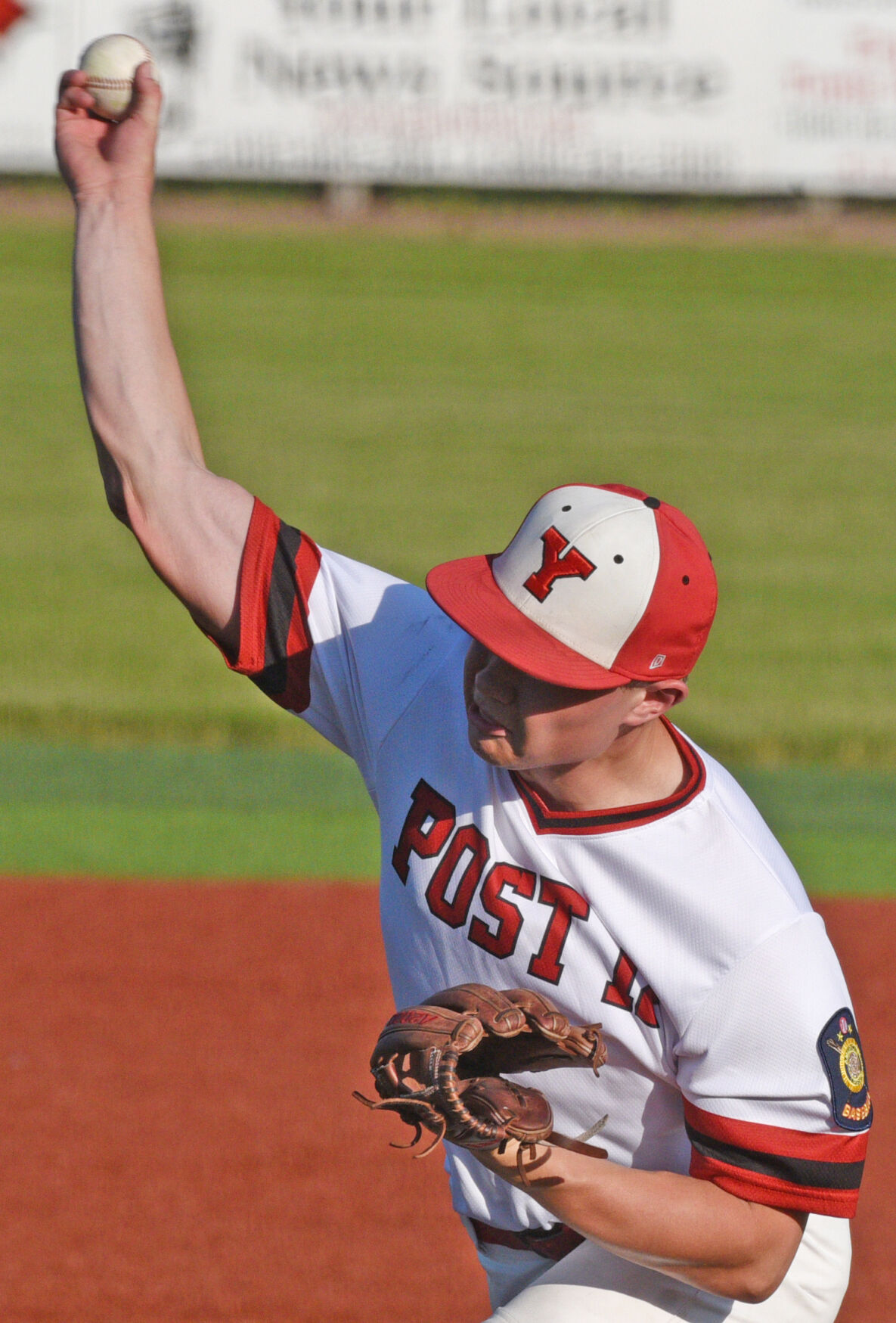 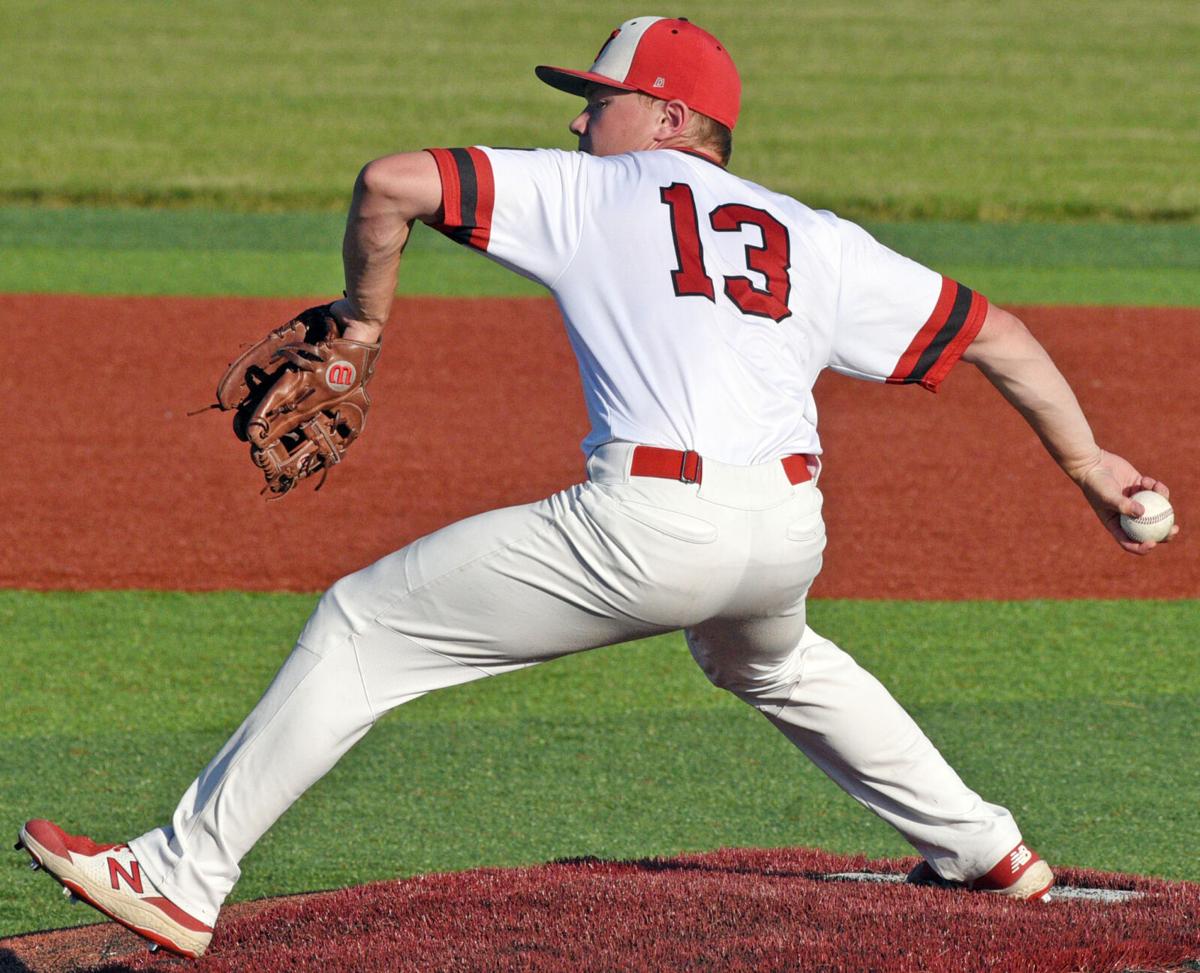 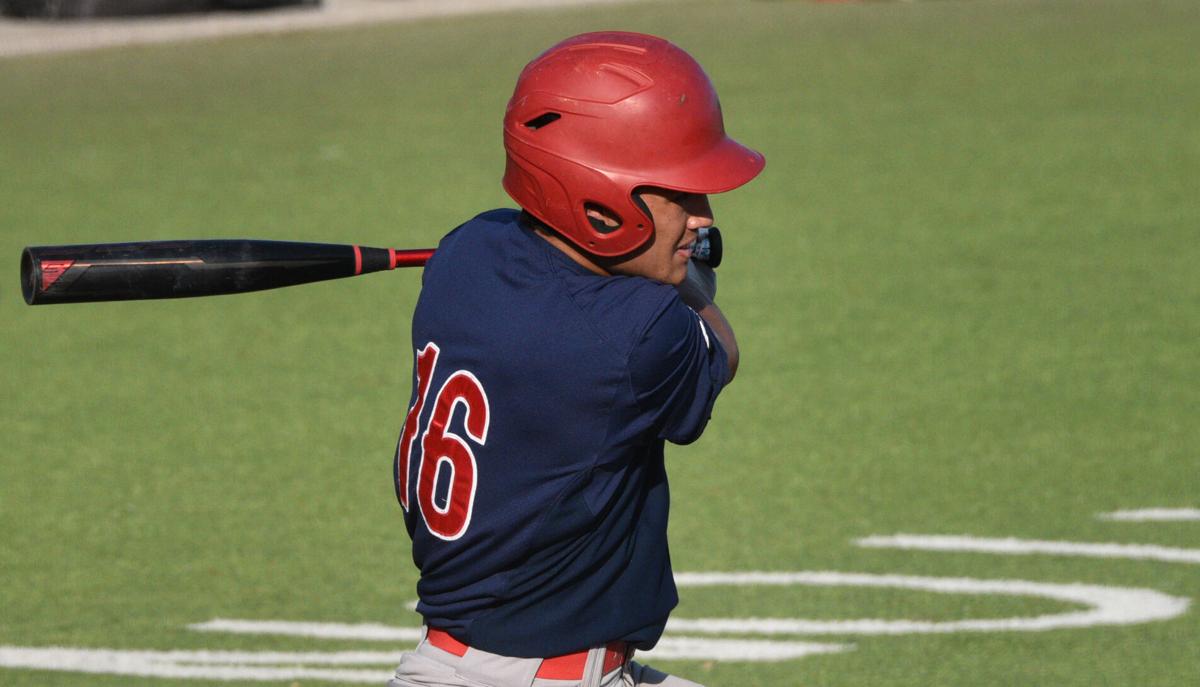 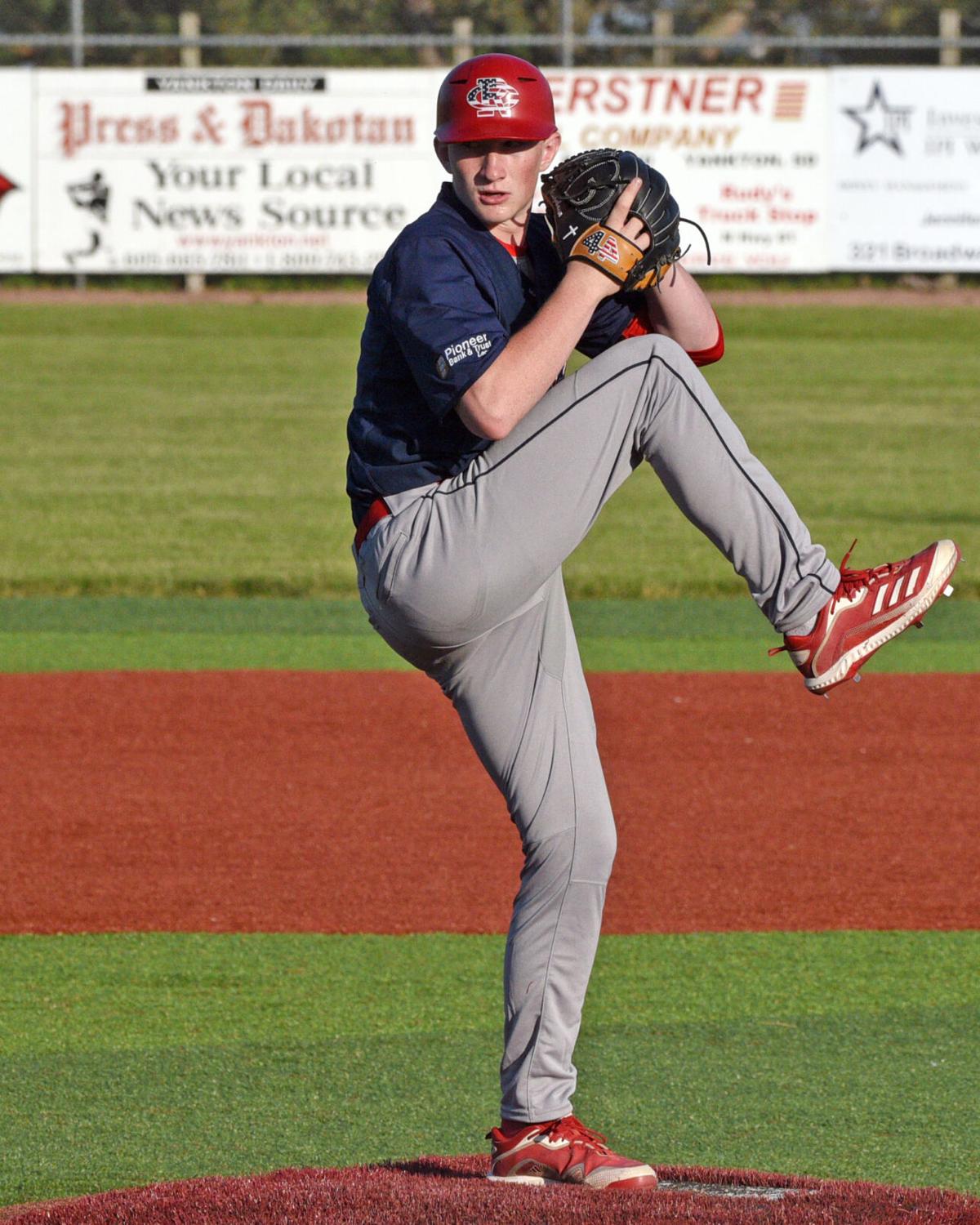 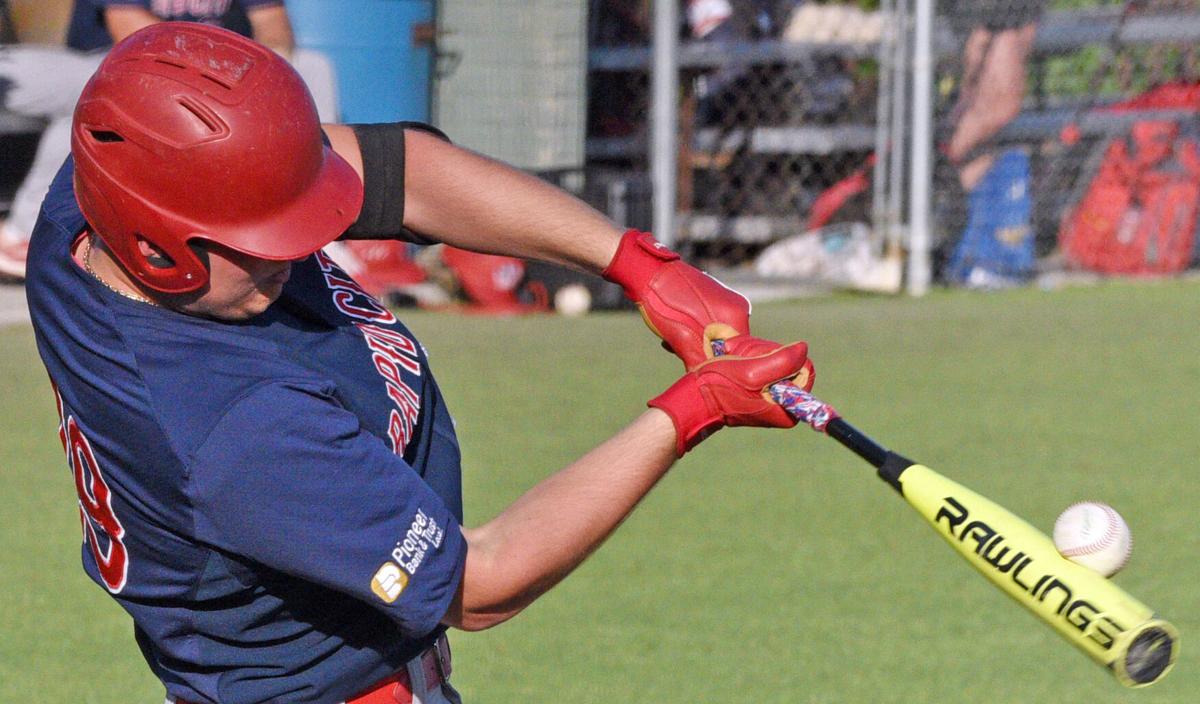 Ryker Henne had three hits and three RBI for Post 22. Drew Scherbenske posted a pair of hits. Jed Sullivan and Blake Weaver each had a hit in the victory.

Joe Gokie and Rugby Ryken each had a hit for Yankton. Dylan Prouty walked three times.

Post 22, 15-8, travels to Harrisburg for a doubleheader today (Thursday). Yankton, 6-7, begins play in the 20-team Lewis & Clark Classic on Friday.

WESSINGTON SPRINGS — Parkston scored six runs in the top of the first, then held on for an 11-7 victory over Wessington Springs in American Legion baseball action on Wednesday.

Isaak Bialas went 3-for-4 with a double and two RBI for Parkston. Jon Akre doubled and singled, driving in three. Josh Polreis posted a double and two RBI. Landon Sudbeck, Kade Bialas, Max Scott, T.J. Schmidt and Carter Kalda each had a hit in the victory.

Dylan Schimke doubled and singled, driving in two, for Wessington Springs. Landon Cleveland also had two hits. Caden Slykhuis posted a hit and two RBI. Cade Mohling, Tyler Kole and Carter Grohs each had a hit in the effort.

Schmidt pitched three innings, allowing no earned runs, to pick up the win. Logan VanPelt and Isaak Bialas each had three strikeouts in relief. Slykhuis took the loss.

HARTINGTON, Neb. — West Point scored four runs in the first and held on for an 8-4 victory over Hartington in American Legion Seniors baseball action on Wednesday.

Brett Kleinschmit and Jay Steffen each doubled for Hartington. Chase Lammers and Jaxson Bernecker each had a hit.

Caden Heithold took the loss, with Deagan Puppe and Lammers each striking out three in relief.

Hartington will be a co-host for the 20-team Lewis & Clark Classic, beginning on Friday.

Brett Kleinschmit had two hits for Hartingotn. Carson Arens and Keaton Steffen each had a hit.

SIOUX FALLS — Eight was enough in each end of a doubleheader, as the Yankton Black Sox scored eight runs in each game to score a sweep of Sioux Falls East in a youth baseball doubleheader on Wednesday.

Hunter Teichroew went 3-for-4 with a triple, a double, three RBI and three runs scored for Yankton. Austin Gobel, Tyson Prouty and Tucker Gilmore each had two hits, with Prouty driving in  two runs. Payton Peterson doubled, and Frankie In’t Veld and Keenan Wagner each had a hit in the victory.

Caden Watson and Brycen Top each had two hits for East. Wesley Stroh added a double.

Prouty picked up the win. Jake Vanderfeen took the loss.

Yankton claimed the nightcap with a 8-6 decision.

Prouty doubled and singled, and Teichroew had a triple and four RBI for Yankton. Cayden Wavrunek added a hit.

Stroh went 3-for-3 with a double, and Top went 2-for-3 with a home run for East. Aiden Doyle and Collin Murra each had a double.

Gilmore picked up the win, striking out four in four innings of work. Tyler Barnhart took the loss.

The Black Sox, 3-5, travel to Watertown on Saturday.

RENNER — The Yankton Lakers split a youth baseball doubleheader with Renner on Wednesday.

In the opener, Yankton scored in each of the last three innings to rally to a 9-8 victory.

Owen Wishon went 3-for-4 with two doubles and two RBI to lead Yankton. Matthew Sheldon and Cohen Zahrbock each had two hits. Evan Serck and Easton Nelson each had a hit in the victory.

Renner claimed the nightcap 10-3 behind two hits from Josh Woelfel. Zack Bar tripled, and Josh Lent and Jackson Bjorkman each had a hit and two RBI in the win.

Serck, Wishon and Kael Garry each had a hit for Yankton.

Zach Sprenkle went the distance in the five-inning contest for the win. Braeden Johnke took the loss.

The Lakers, 7-6, head to the Sioux Falls Tournament, beginning on Friday.

Crofton pitching held the Yankton Black Sox to one hit in a 12-0 victory in youth baseball action on Wednesday at Riverside Field at Bob Tereshinski Stadium.

Jack Brandt took the loss, allowing one run in the first. Ryan Turner and Nathan Barnes each struck out two.

The Greysox play in the Sioux Falls Tournament beginning on Friday.

Hunter Hallock went 3-for-3 with a home run and two RBI for Tabor. Cole Uecker doubled and singled. Joey Slama also had two hits. Mace Merkwan, Beau Rothschadl and Bryce Scieszinski each had a double and two RBI. Chris Sutera and Zach Sutera each had a hit.