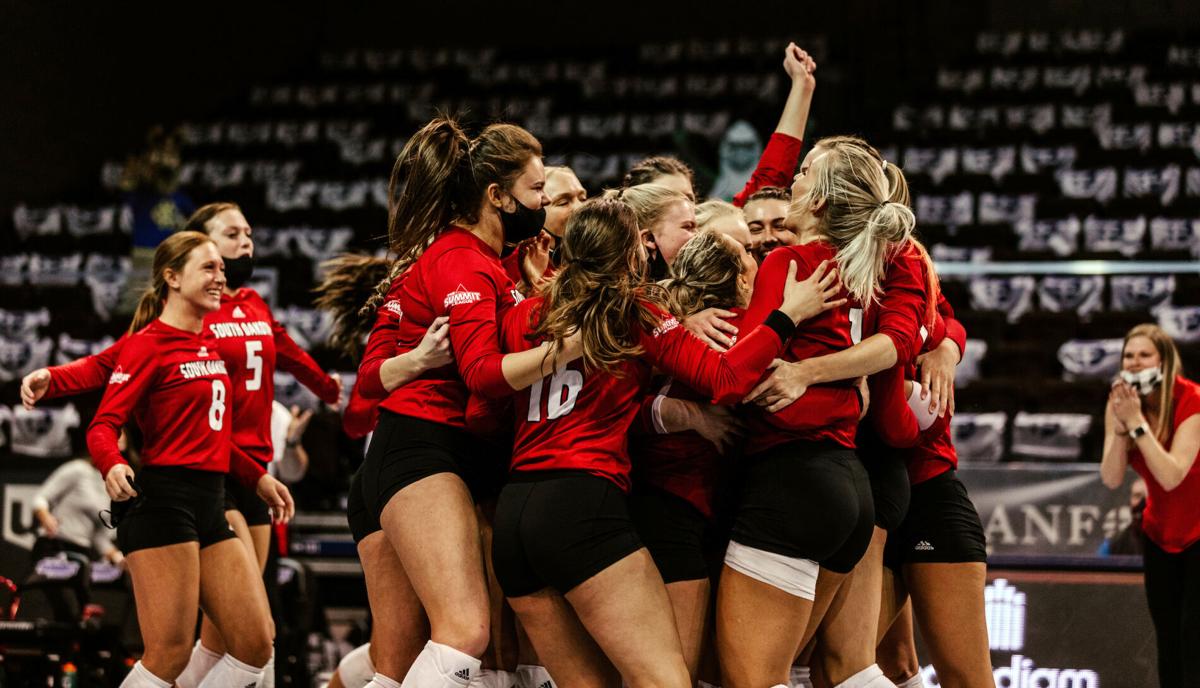 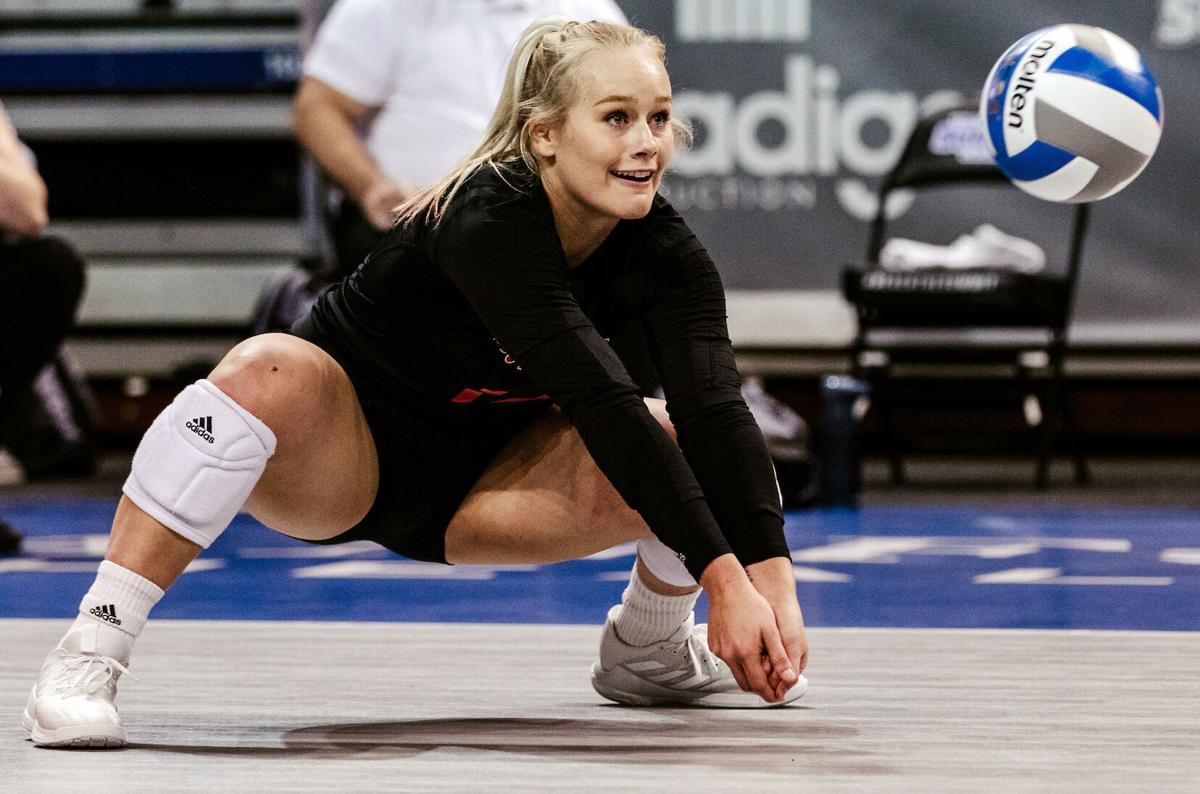 South Dakota's Lolo Weideman digs up a ball during the Coyotes' matchup against Kansas City in the Summit League Volleyball Tournament, Friday at the Sanford Pentagon in Sioux Falls. 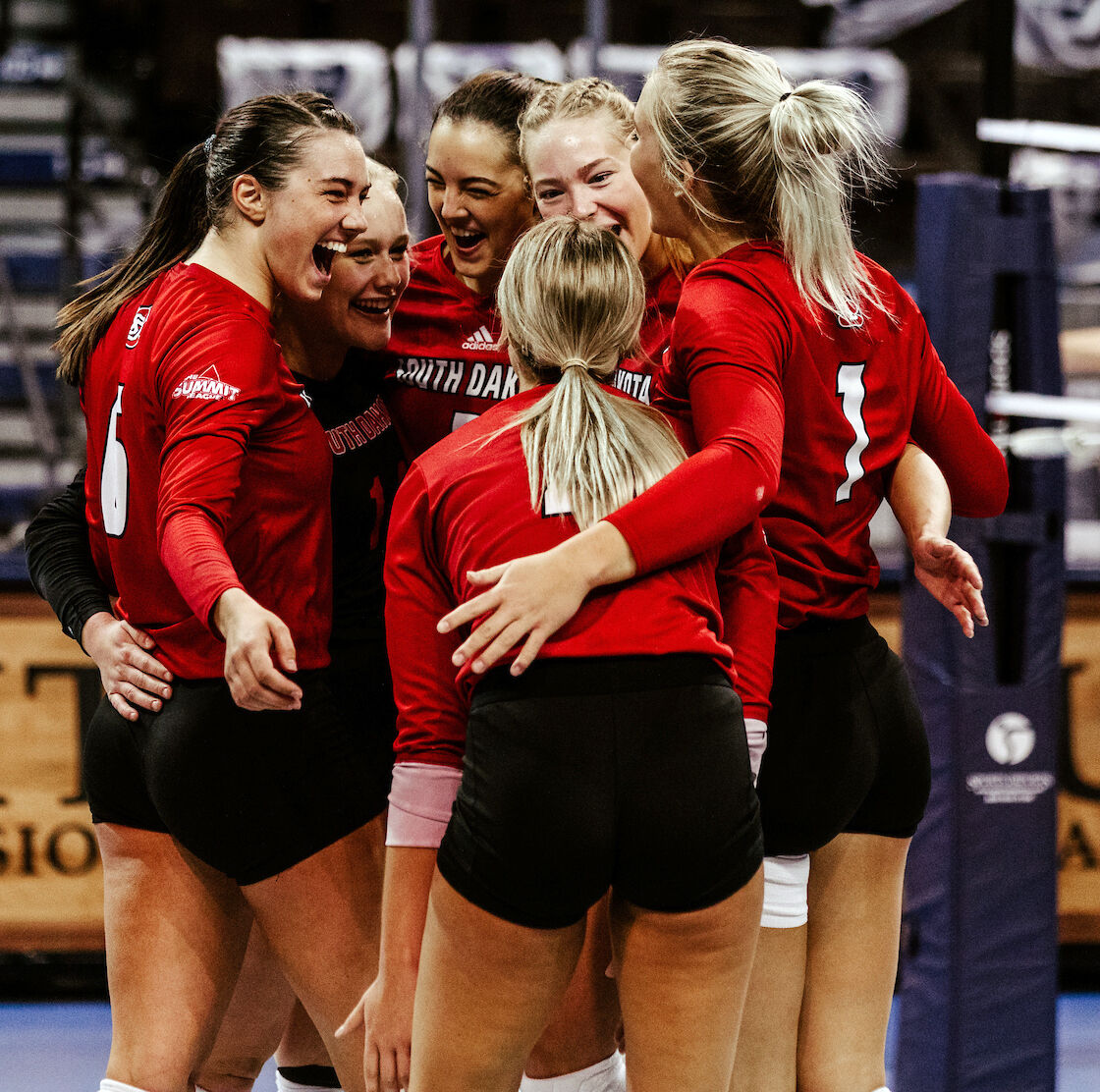 South Dakota's Lolo Weideman digs up a ball during the Coyotes' matchup against Kansas City in the Summit League Volleyball Tournament, Friday at the Sanford Pentagon in Sioux Falls.

SIOUX FALLS — The University of South Dakota volleyball team dropped two five set matches at home two weeks ago against Kansas City, but that wasn’t on any player’s mind coming into the fifth set of Friday’s Summit League Tournament semifinal.

“I honestly don’t think anyone was thinking about it,” Coyote setter Madison Jurgens said. “Which is good. I think we were just all out and we didn’t really care how the games before had ended, we wanted to make it to the championship.”

“We always talk about how you can’t beat a team three times and we went out there and we played Coyote volleyball,” USD’s lone senior Sami Slaughter said. “I thought Lolo (Weideman) was a stud in the back row and (Elizabeth) Juhnke was hammering balls.”

The Coyotes dropped set one 25-23, but responded by taking the next two sets to hold a 2-1 advantage. Madison Harms and Slaughter combined to score six of the last seven points for USD in the third set, which the Coyotes won ending it on a 7-0 run.

“She’s (Harms) a huge block,” Jurgens said. “She reaches so high. I think the thing that makes it so hard to defend her is she hits over most people and she’s smart about her shots. She’s made a good change of trying to hit deep into seams, and that’s helped her have success.”

Harms finished the match with 11 kills on 23 attacks (.391 hitting percentage) and six blocks.

The Coyotes held a 2-1 advantage in both of the home games this season against the Roos, and dropped the fourth set in both games. Kansas City took the fourth set 25-22 to force a fifth for the third time in as many games against USD.

Neither side built more than a two-point lead in the fifth until the final two points by USD to win the set by four. Juhnke and Slaughter tallied 21 kills each, making them the first Summit League duo to tally 20 or more kills each in a game this season.

The Coyotes now prepare for another bout with Denver. The regular season champion Pioneers swept Omaha Friday afternoon to advance to the championship game Saturday. The teams only met once this season, as the second game of a back-to-back was canceled due to weather. The Coyotes took the lone meeting in Denver.

The Championship game is set for 2 p.m.today (Saturday) at the Sanford Pentagon in Sioux Falls.

“Once you get to the championship, it’s who can execute at a higher level for a longer period of time,” USD head coach Leanne Williamson said. “I expect a really good match tomorrow from both teams. It’s going to be a fun match to watch…. I do expect a high level game to be played, which is exactly what we want to see in the Summit League Championship.”