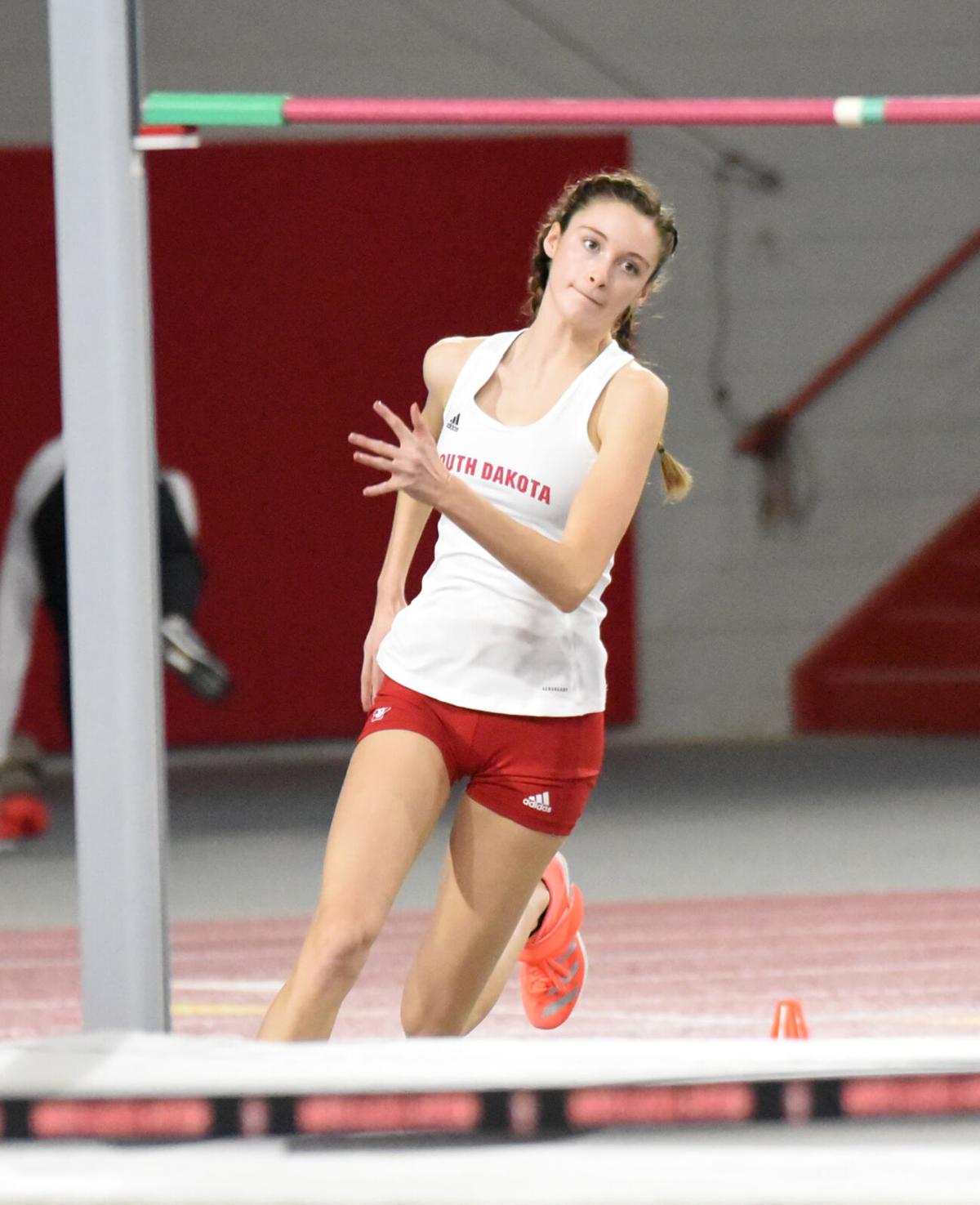 South Dakota's Carly Haring eyes the bar during the women's high jump at Saturday's USD Invitational meet at the DakotaDome. 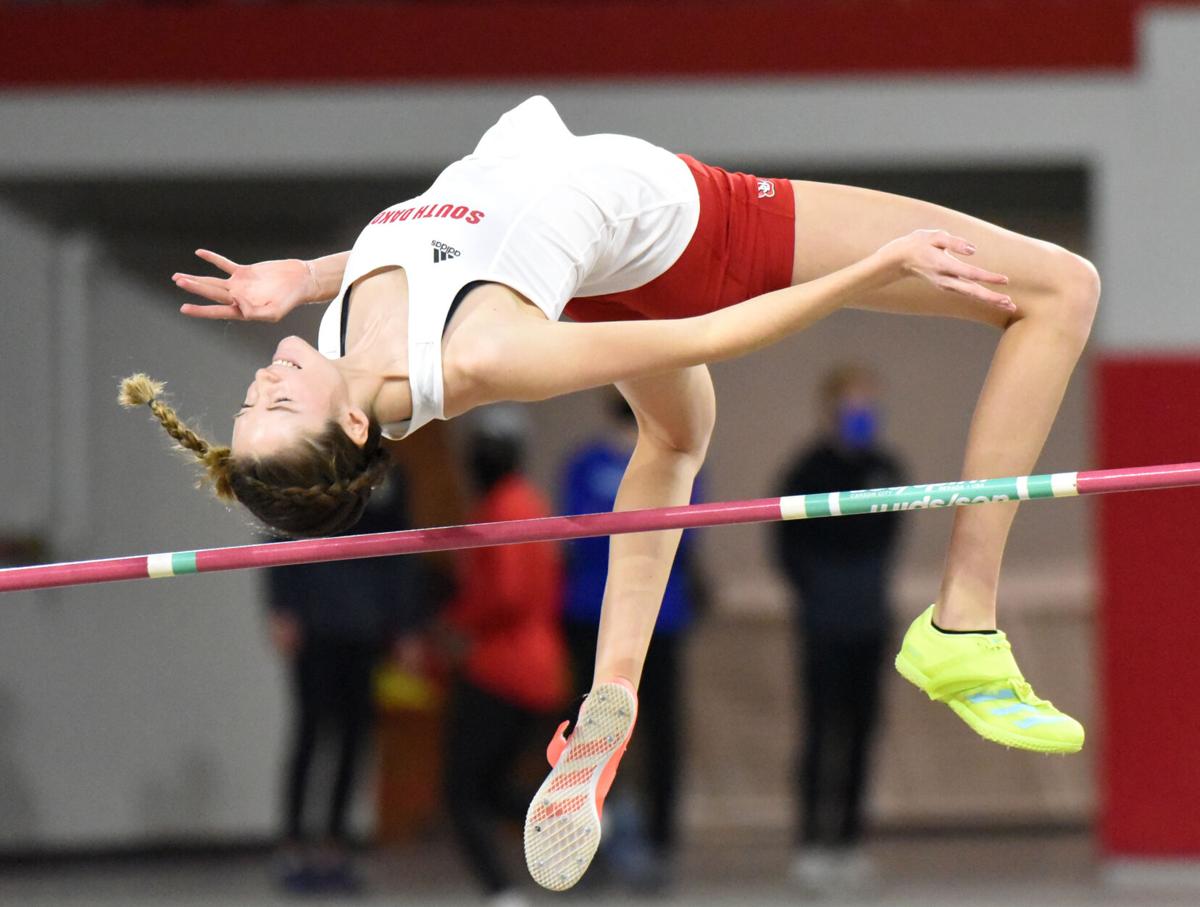 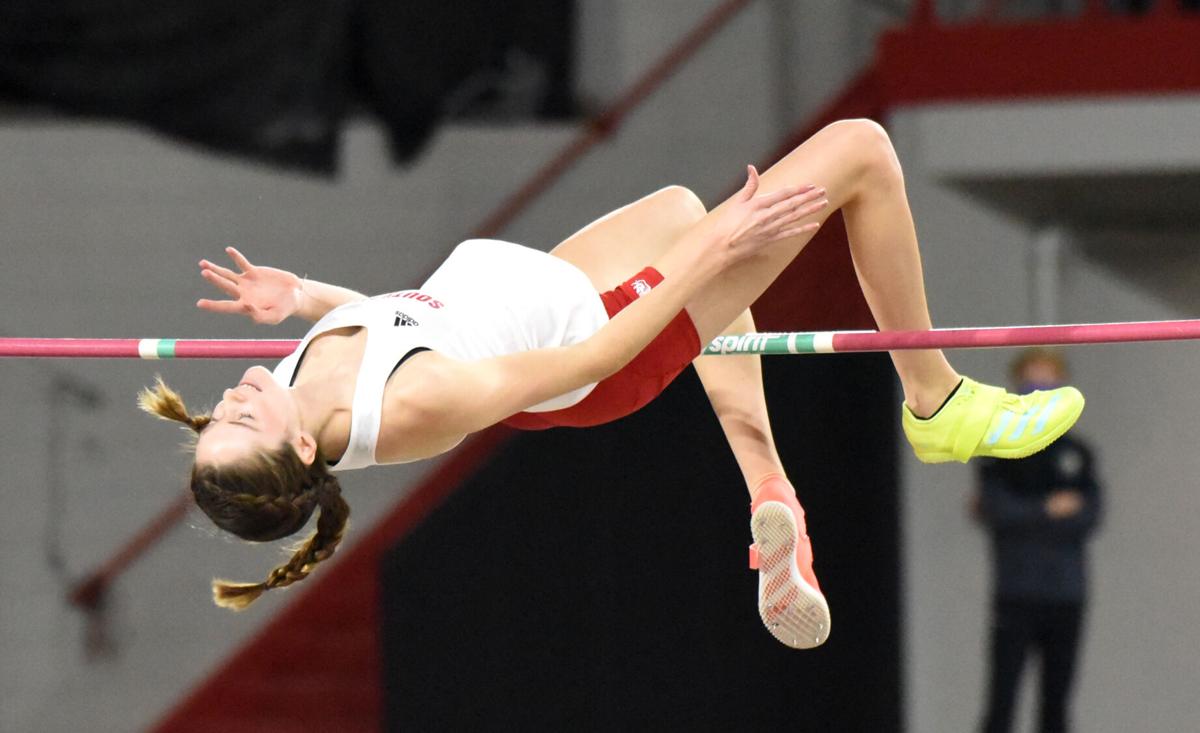 South Dakota's Carly Haring goes over the bar during the women's high jump at Saturday's USD Invitational meet at the DakotaDome. 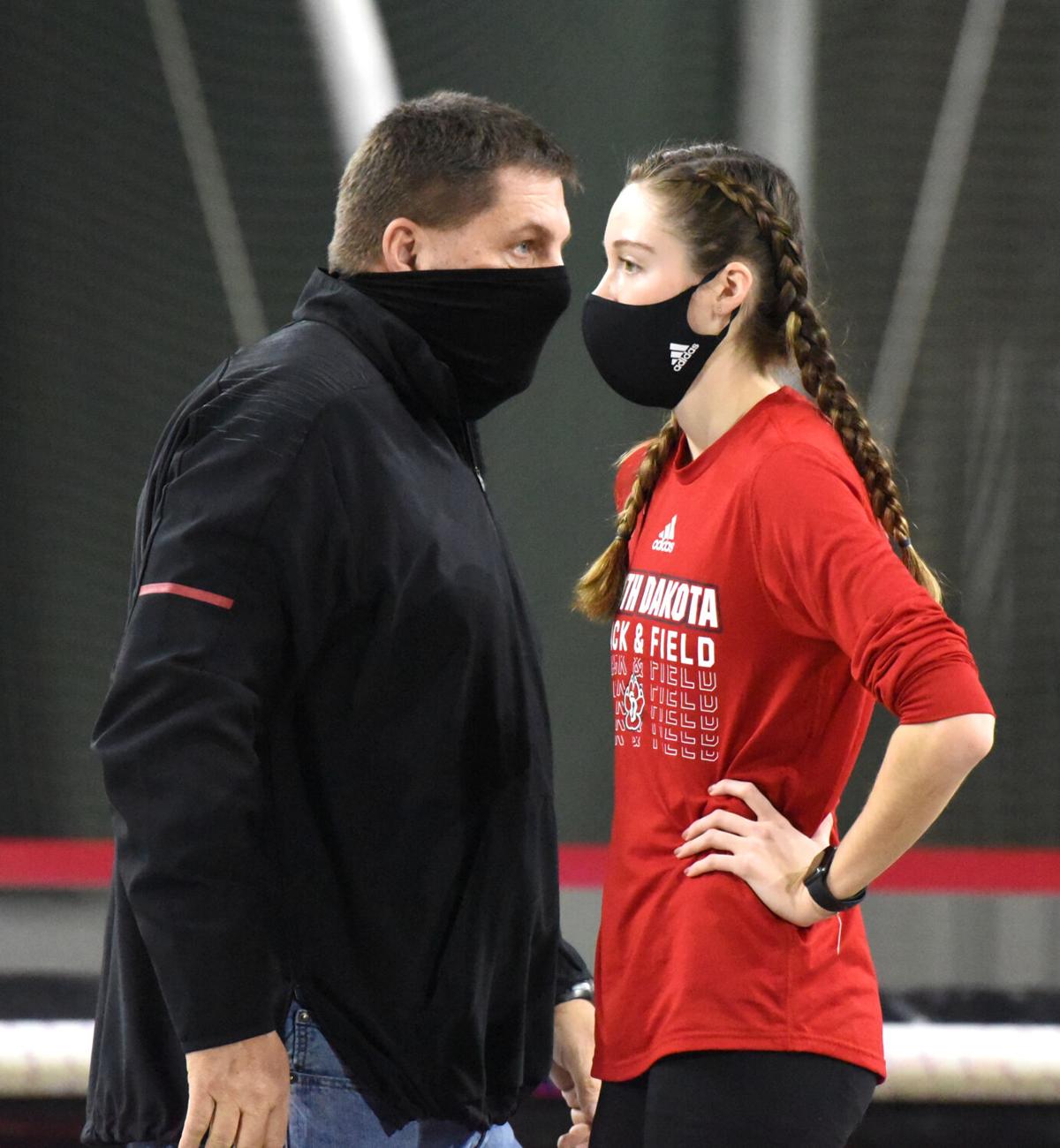 South Dakota's Carly Haring eyes the bar during the women's high jump at Saturday's USD Invitational meet at the DakotaDome.

South Dakota's Carly Haring goes over the bar during the women's high jump at Saturday's USD Invitational meet at the DakotaDome.

Carly Haring had plenty of options.

Given that she was one of the top girls’ high jumpers in South Dakota high school story, the former Mitchell standout could’ve gone just about anywhere she wanted.

To become a successful high jumper at the Division I level and who knows, maybe become an All-American, wouldn’t she have had to venture away from home?

“I think about that quite often,” Haring said.

“In my mind, I thought I needed to go far away to do something like this.”

And so, the 2019 Mitchell graduate explored her options.

Haring — owner of three high school state high jump titles — went on official campus visits to three schools in the Big Ten Conference, one in the Ivy League and another out in Nevada.

An official visit to the University of South Dakota in Vermillion changed everything for her.

“It came down to what would be the best academic program for me and where I could jump at a high level,” Haring said. “USD had both for me.”

She could have it all in Vermillion.

In fact, Haring said she clearly remembers a comment from USD head track & field coach Lucky Huber during her official visit to campus.

“He told me, ‘How cool would it be to have South Dakota on your chest,’” Haring said. “That’s always stuck with me.”

All wearing Coyote red and white.

Haring is tied for fifth nationally at 5 feet, 10 ¾ inches, which she set in the season-opening indoor meet last month. She already second in school history, behind only Megan Glisar who cleared 6 feet, 0 ¾ inches in 2014.

After finishing third in the high jump (5 feet, 7 inches) at last year’s Summit League indoor meet (the outdoor meet was cancelled), Haring has already made significant improvements in her sophomore year.

Not even she expected such a climb this early, she said.

“I thought it’d take a while, just because we it was so long since we had a meet,” Haring said.

Nonetheless, she began the indoor season in Brookings with a mark that ranked No. 1 in Division I before it was bested by four other athletes.

“That gave me a lot of confidence,” Haring said. “Now I know what it takes to get there and I can keep working to get back there.”

While she certainly doesn’t want to peak early, it can also be a good thing to have such a high barometer early in the season, she added.

“It sets the tone for the rest of the season,” Haring said. “At this point, I’m working to keep improving and get to nationals.”

At last Saturday’s USD Invitational meet at the DakotaDome, Haring won the event at 5 feet, 9 ¾ inches, but missed on three attempts at 5 feet, 11 ¼ inches.

“On some of those earlier heights, if I could’ve used those, I felt like I could’ve gotten there,” she said. “Things were feeling good for me.”

Still, she said she feels more consistent and feels like she could keep improving throughout the season — through the remainder of the indoor season and into the outdoor campaign.

“It’s only a matter of time,” Haring said.

While it’s certainly possible that Haring would have seen these improvements no matter where she would have gone to school, it means more to her that she can do so at USD while also pursuing a degree in medical biology.

“It really speaks to South Dakota as a whole, I think,” Haring said. “We have the top tier facilities and coaches and programs.

Her proximity to her hometown also means that Haring’s family and friends can come watch her compete. At last Saturday’s meet, for example, were her parents, siblings, an uncle, nieces and nephews, as well as a friend (on her birthday, no less) and her parents.

They were on hand to watch Haring continue her drive toward qualifying for the NCAA Indoor Track & Field Championships, March 11-13 in Fayetteville, Arkansas.

Haring’s family and friends will have another opportunity to watch her jump on Saturday when USD hosts the Dakota Realty Invitational at the DakotaDome.