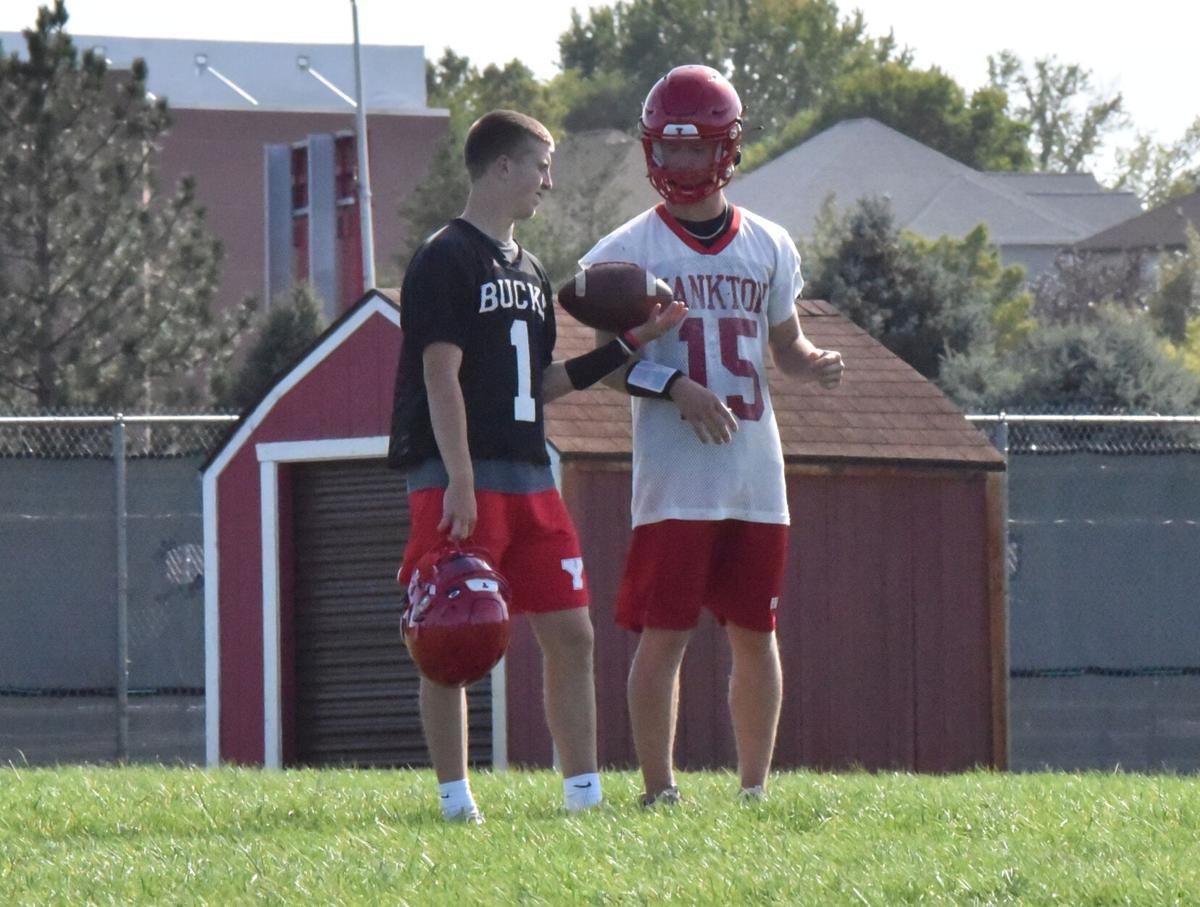 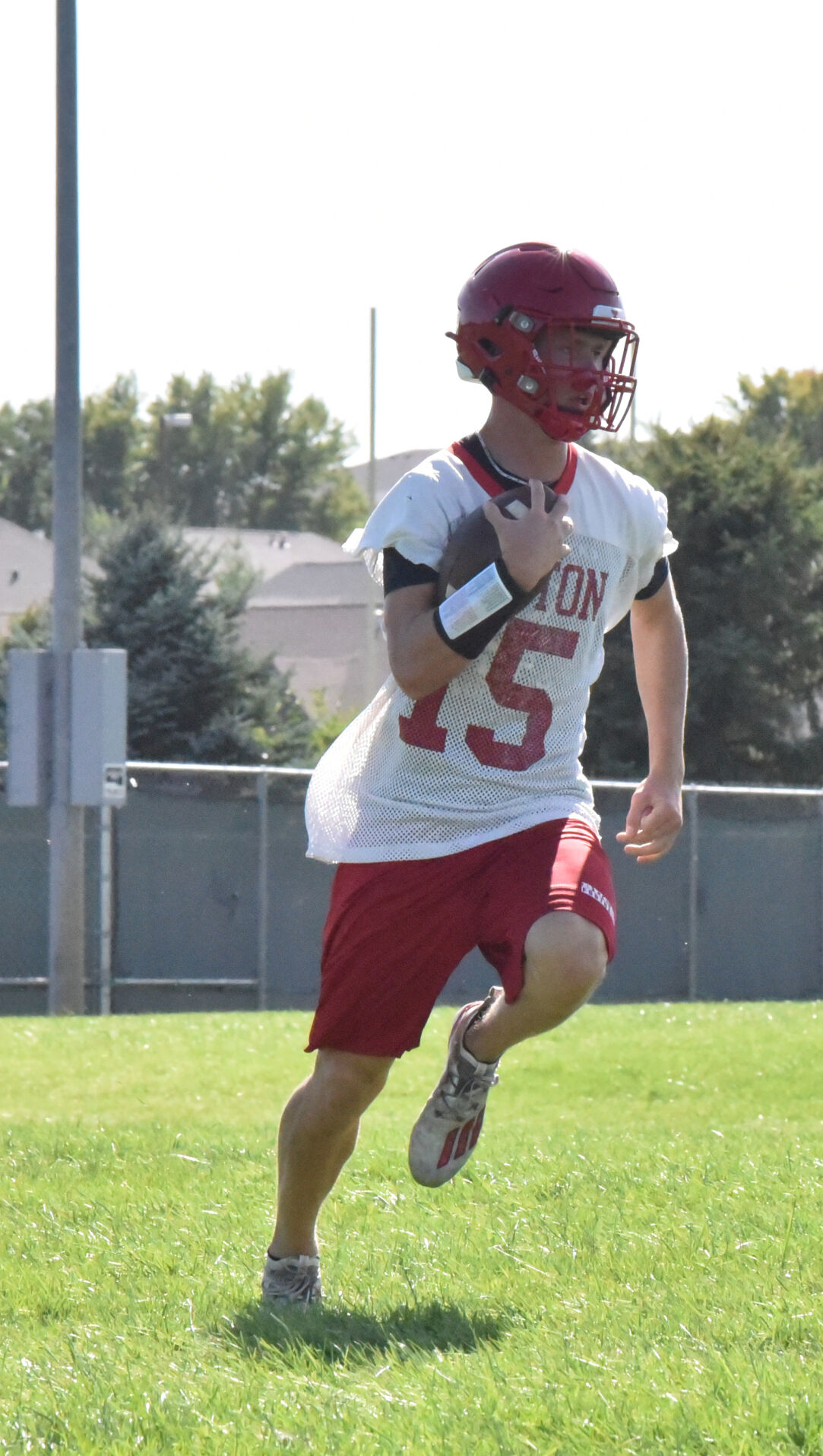 Junior Cody Oswald returns punts and kickoffs for the Bucks. Oswald plays in all three phases of the game for Yankton. 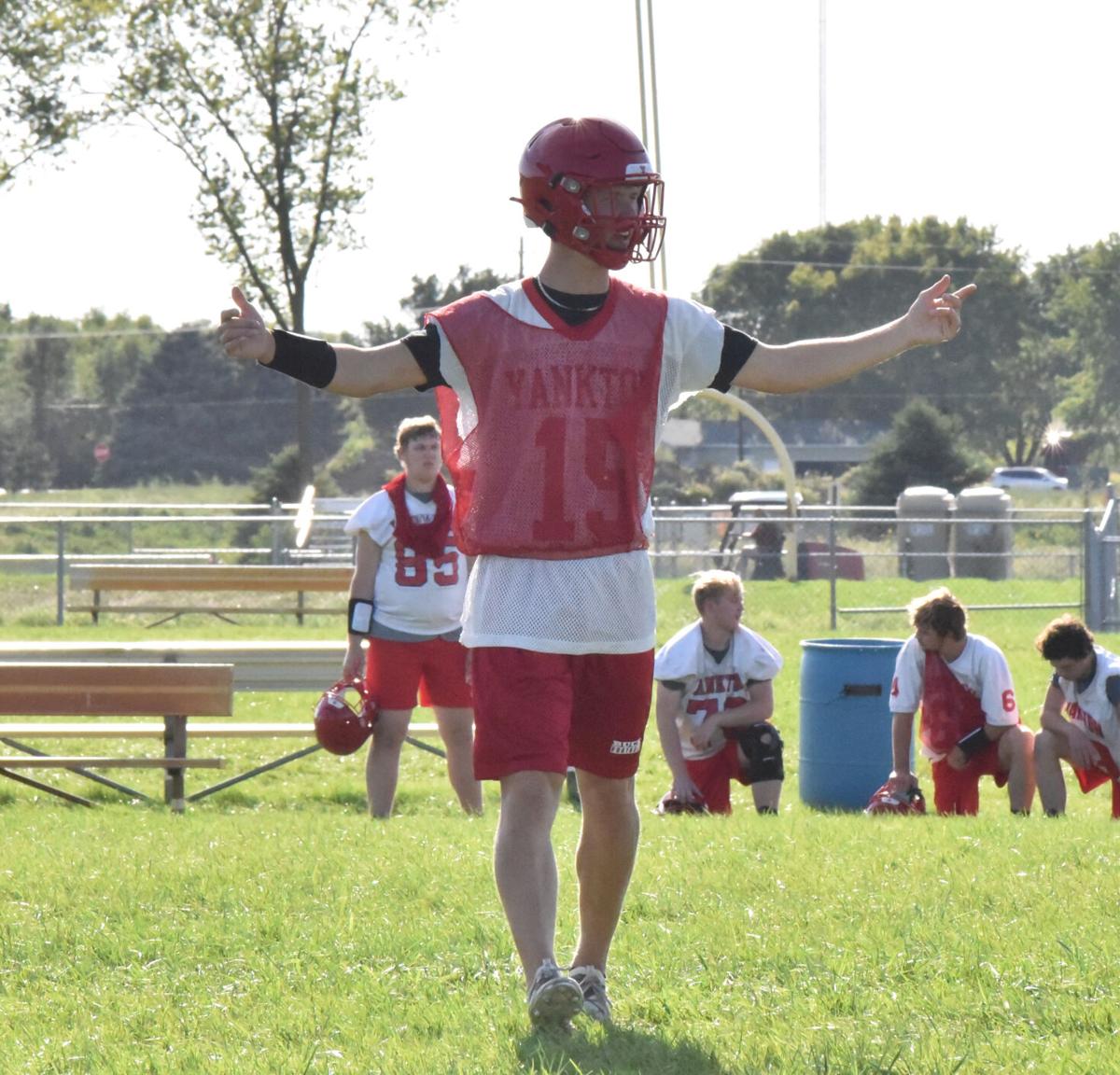 When on the defensive side of the ball, Cody Oswald communicates with the defense to call plays and formations

Junior Cody Oswald returns punts and kickoffs for the Bucks. Oswald plays in all three phases of the game for Yankton.

When on the defensive side of the ball, Cody Oswald communicates with the defense to call plays and formations

The Yankton football team doesn’t have very many guys who are starting on both sides of the ball, but junior Cody Oswald can be found at wide receiver, safety and on special teams as a returner.

“He’s an absolute freak, you don’t get to coach kids like that all that often,” Yankton head coach Brady Muth said. “The other thing I’ll say about Cody is, his character is top notch. He is a quality human being. Exceptional football player, exceptional person always doing the right thing.”

Oswald and the Bucks are off to a 1-1 start to the 2021 season, defeating Huron 41-2 and falling to Aberdeen Central 40-28. Oswald has brought in three touchdown passes in two games.

“I’ve been playing this sport since I was a little kid, and I love it,” Oswald said. “I love it with all my heart and I put all the energy I can into it because I love the sport.”

Oswald said that it’s not just the game of football that he loves, but also the group of guys he gets to compete with each day.

“I love every single one of the guys I’m playing with so I feel like if I bring the energy that I have, I can hopefully give some of that to them and make them better in whatever way I can,” Oswald said.

Oswald brings the energy in every rep, whether it’s gameday, or a walk-through practice on Wednesday afternoon. Oswald can be seen playing catch with teammates when his teammates are working on kickoff or punt coverage. In-between practice reps on punt return, Oswald and starting quarterback Rugby Ryken are playing catch.

“I’ve known Cody since he was this big,” Muth said, holding his hand a couple feet from the ground. “I’ve known this kid for a while and he’s the same kid. He’s got a lot of energy, he’s not going to miss out on one rep, he’s going to go a million miles an hour, just because that’s the way he does things, not because he’s asked to.”

With all of the energy comes a lot of talent Muth said. Oswald has all of the intangibles to be a great football player, and Muth said he couldn’t say whether there is one phase of the game he excels more at.

“He’s a centerpiece in all three phases of our game,” Muth said. “It’s fun to get to coach a guy like that. Sometimes as a coach you have to be a little careful, because you get a little over excited about the tools in your toolbox.”

One example of Oswald’s versatility came in the season opener against Huron. After the Bucks picked up a third down stop, Oswald trotted back for a punt return. Oswald’s return put Yankton past midfield. Yankton ran an end-around run play to Oswald, followed by a Ryken to Oswald touchdown.

Oswald said he doesn’t think about his usage too much, his focus is on the next play.

“I don’t really think about the last play,” Oswald said. “Like, I get a punt return, alright, it’s the next play. As soon as I’m done with the play I don’t think back on it, I’m on to the next play.”

Muth said Oswald is the type of person who is always in a good mood and a mood to help others. For Oswald, there are a lot of reasons to be happy, he said.