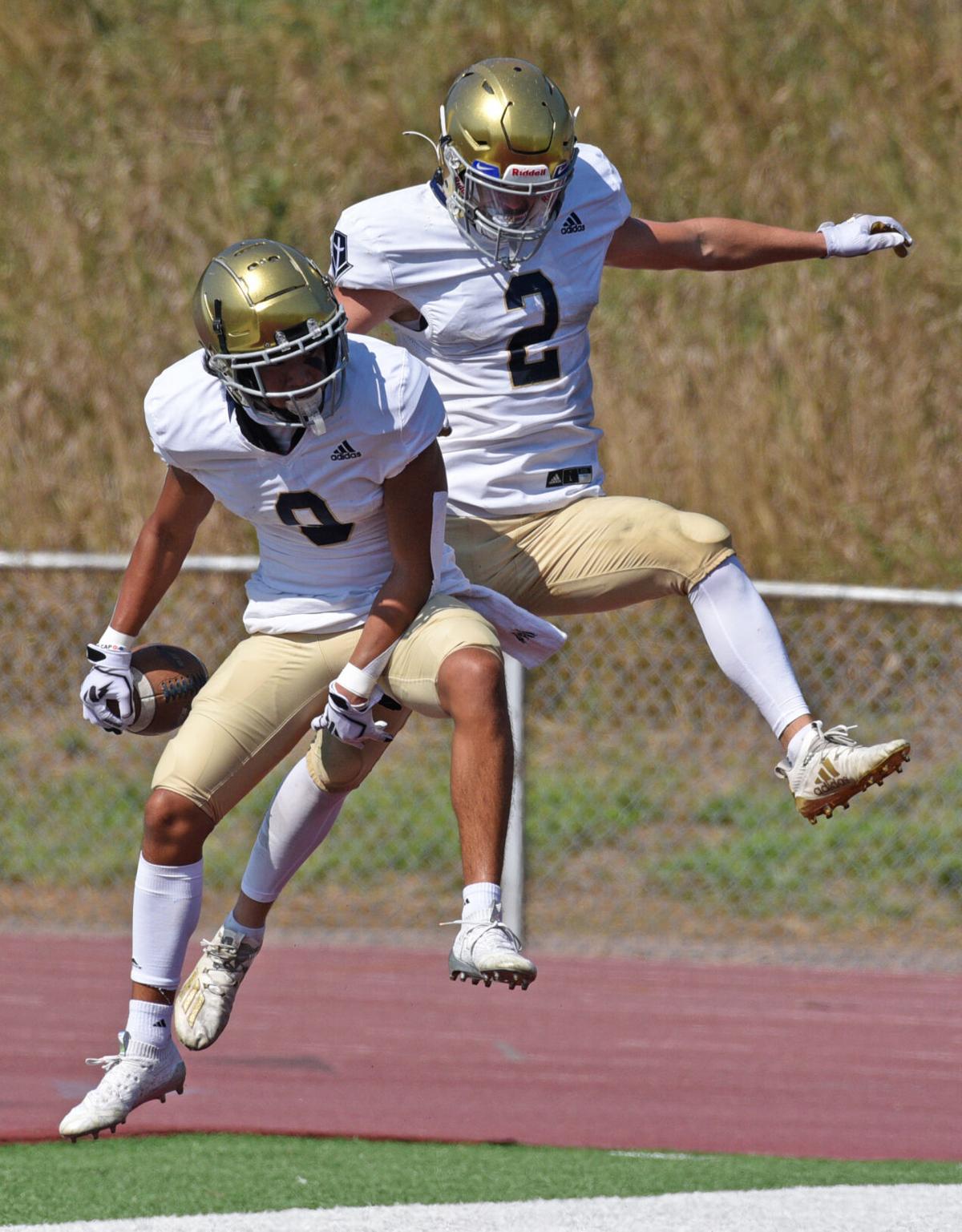 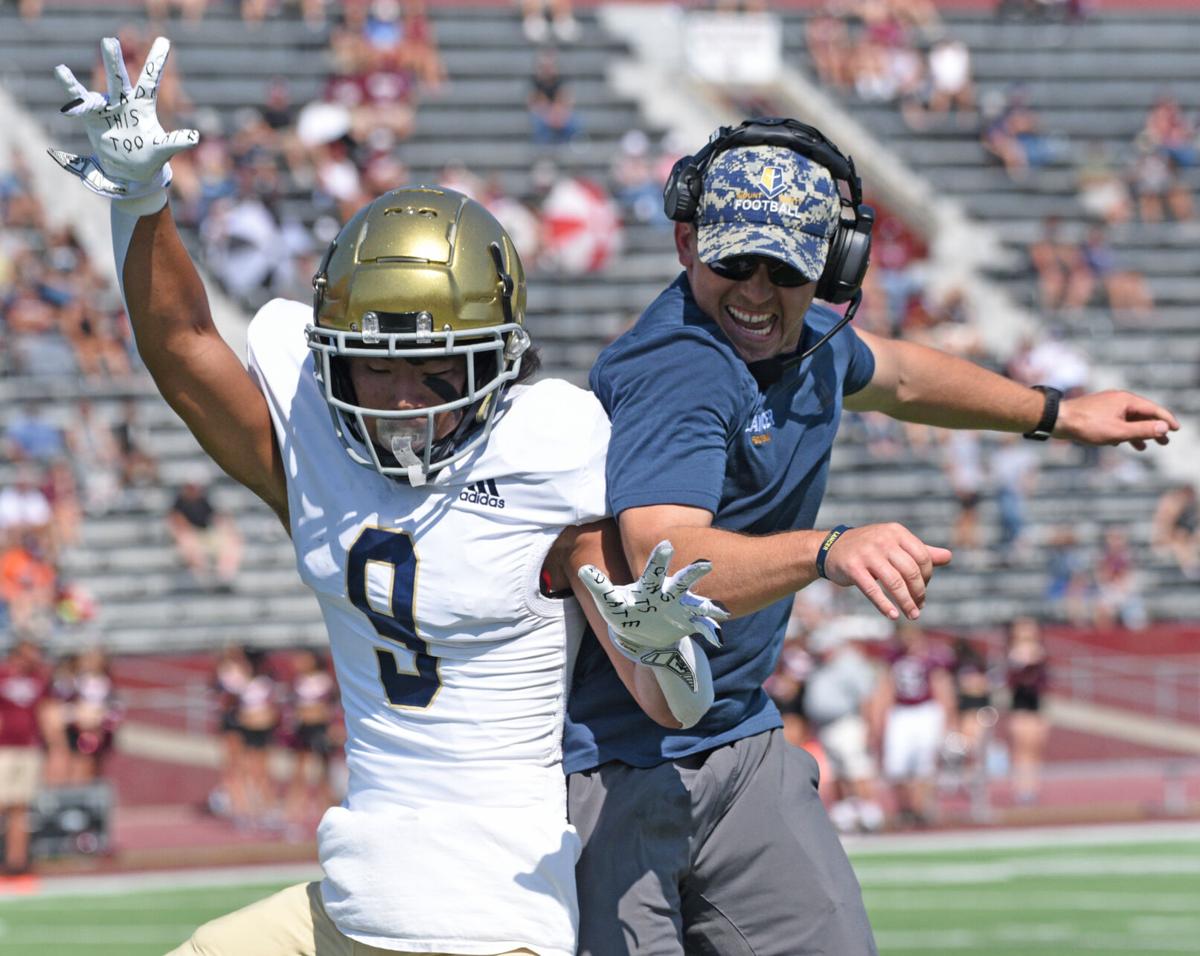 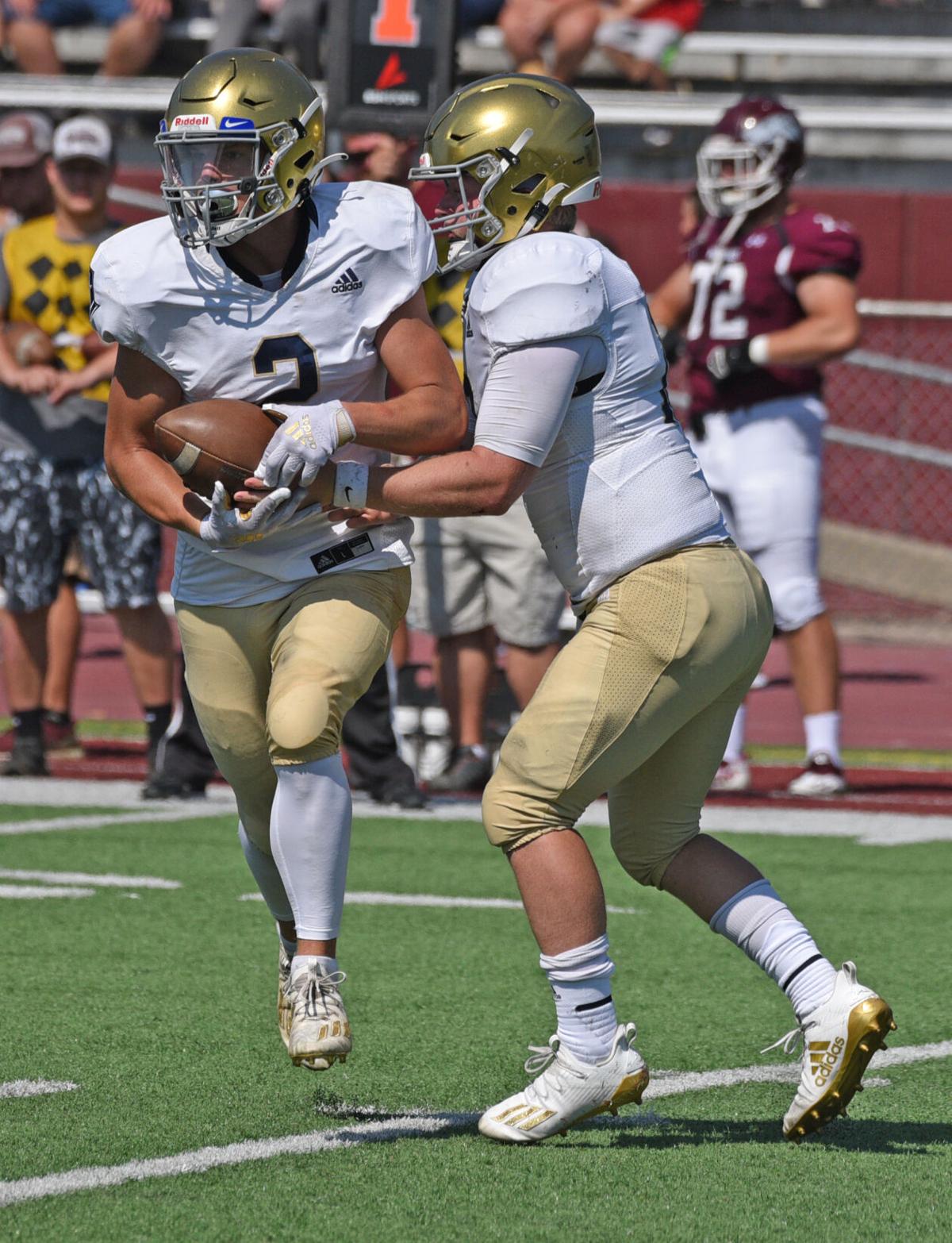 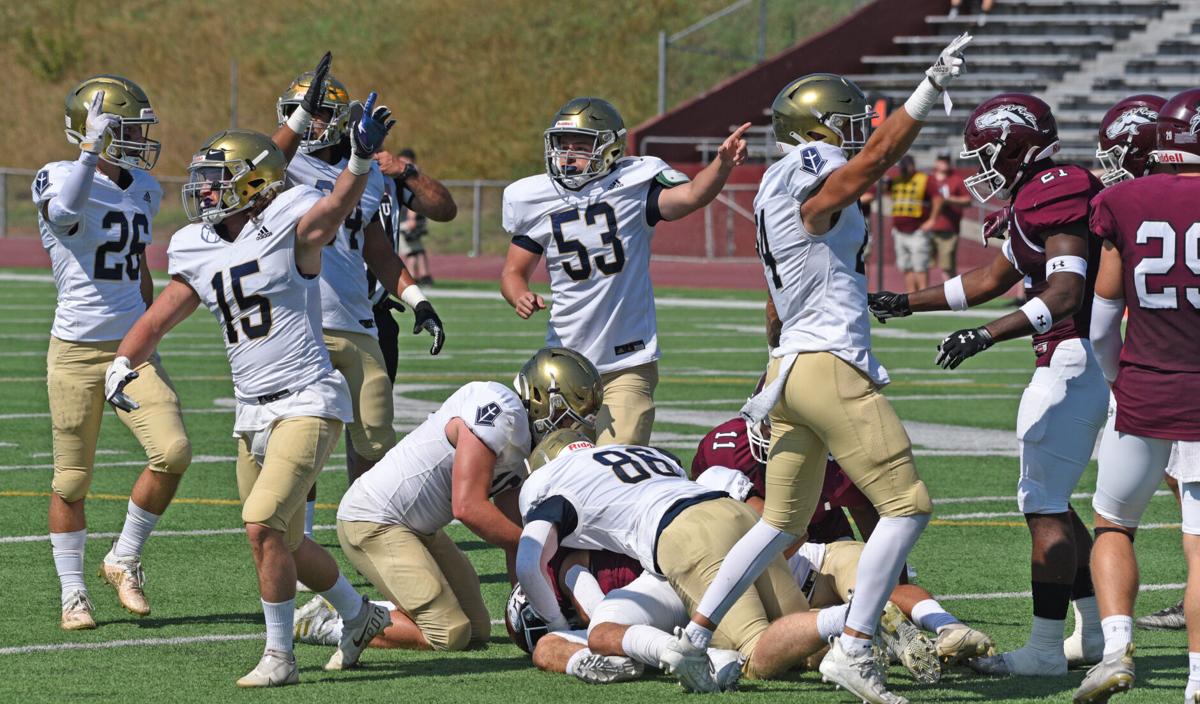 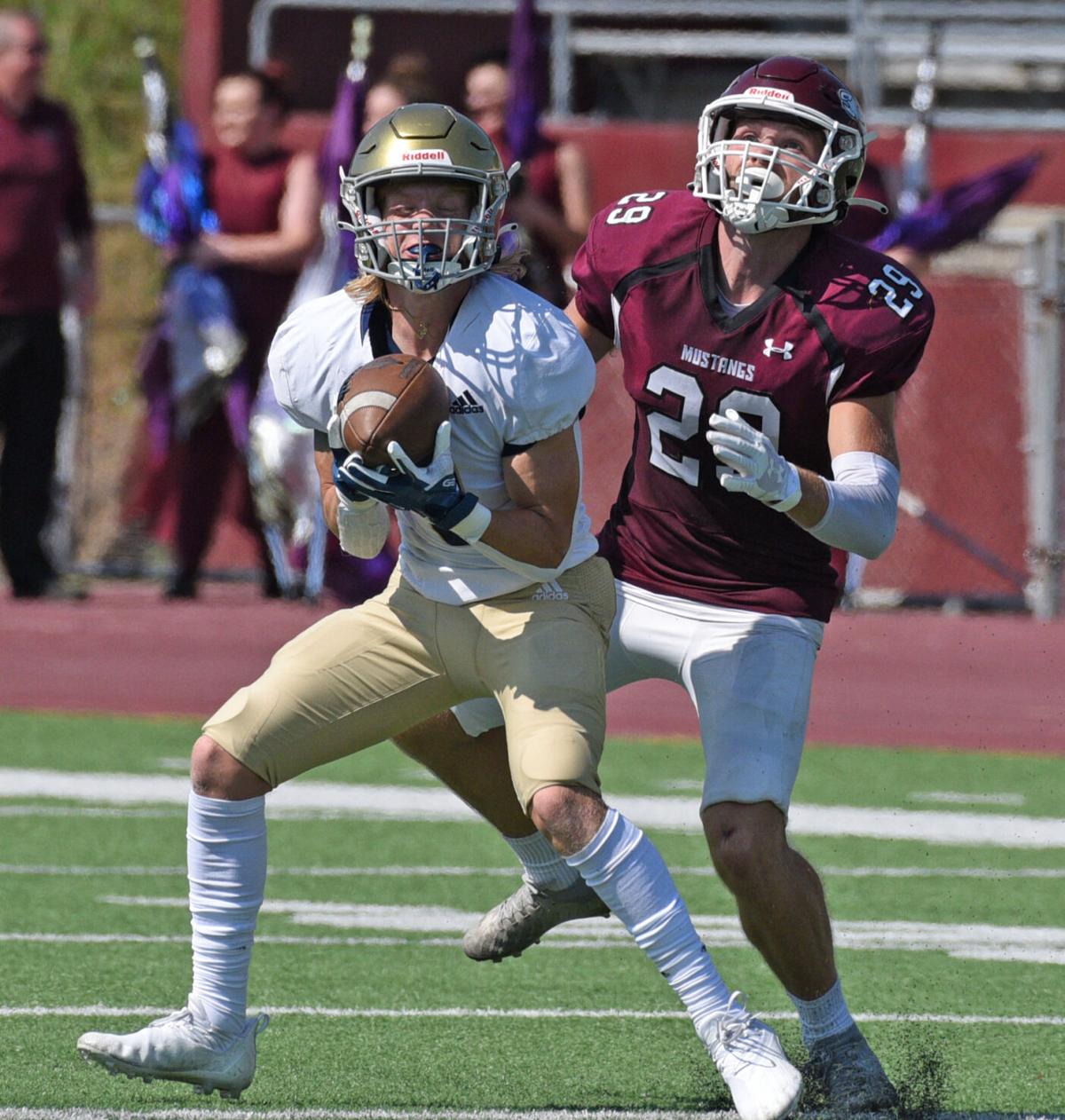 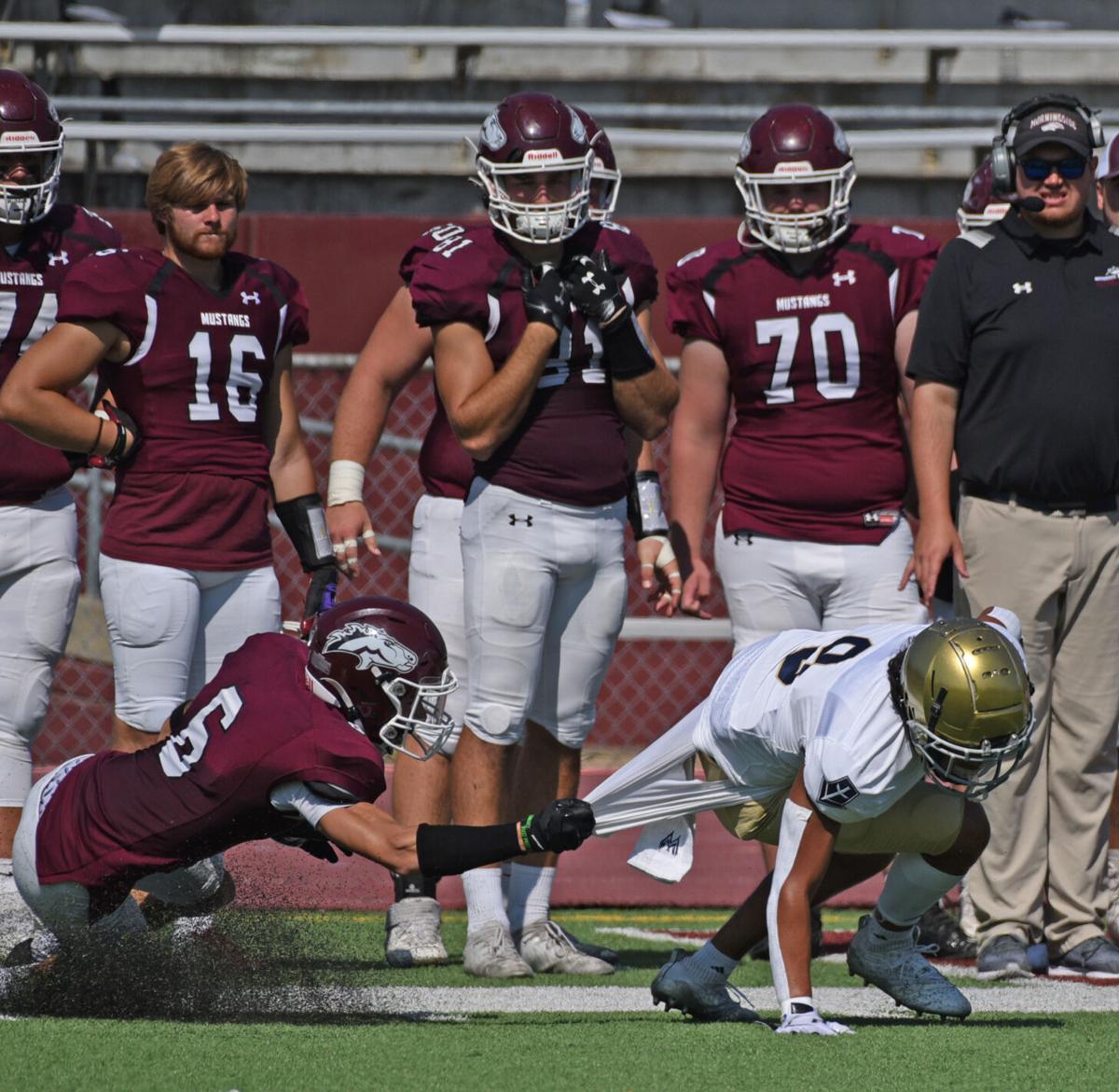 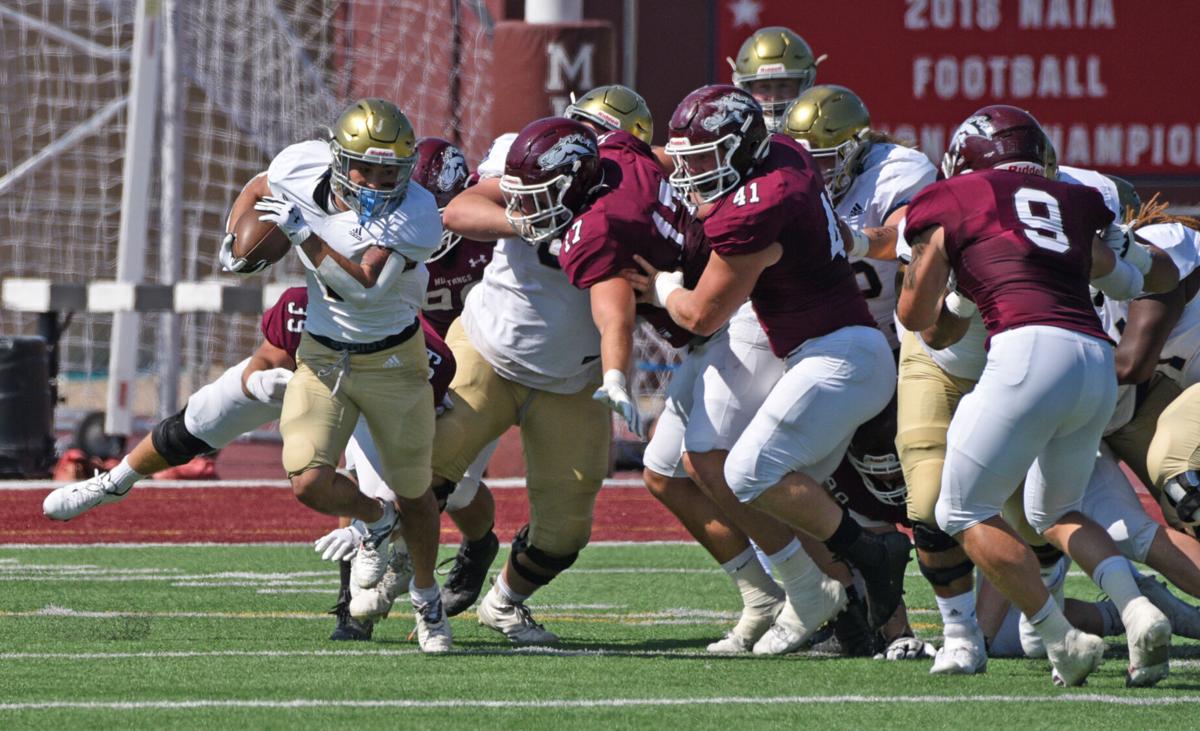 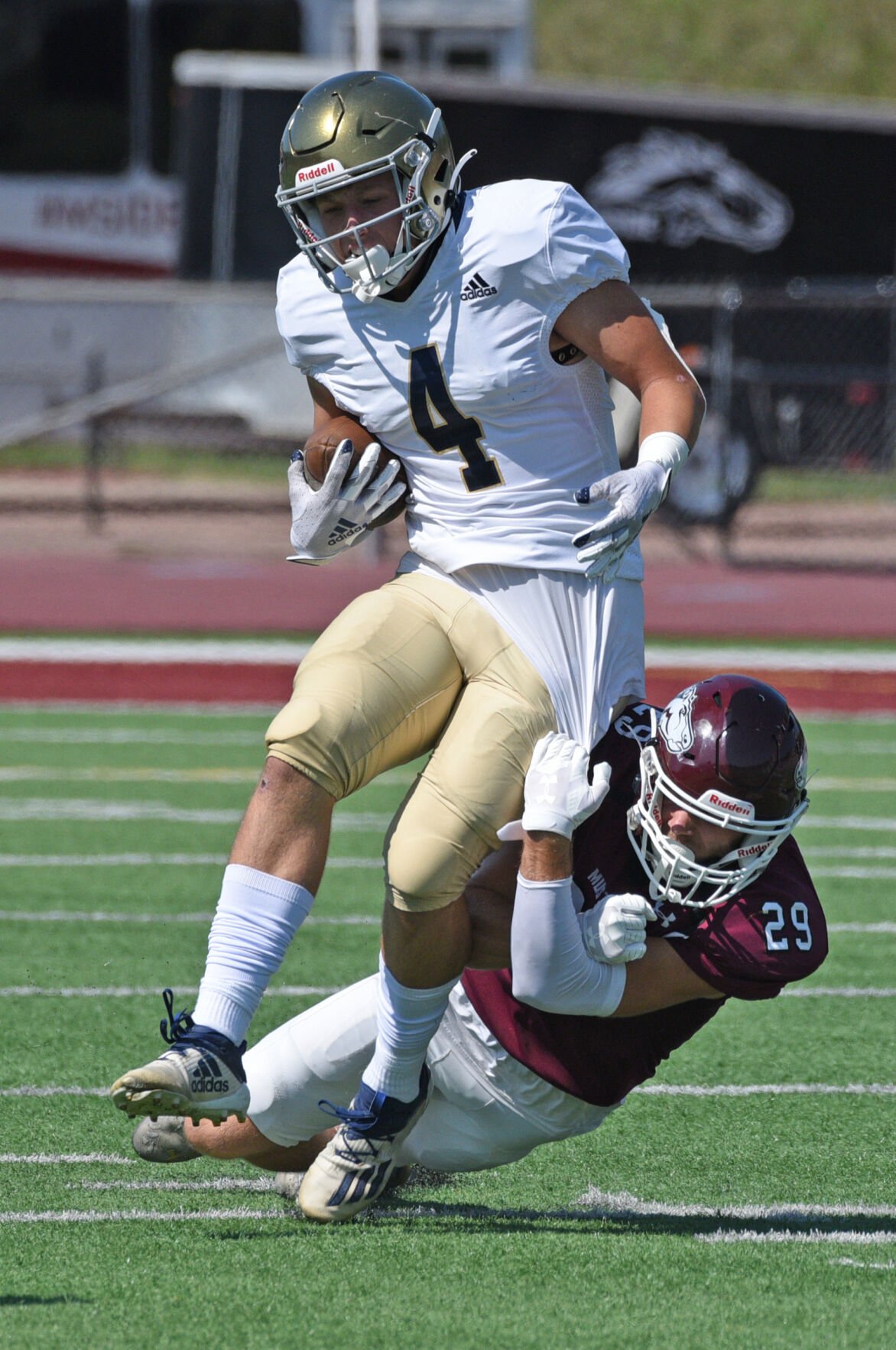 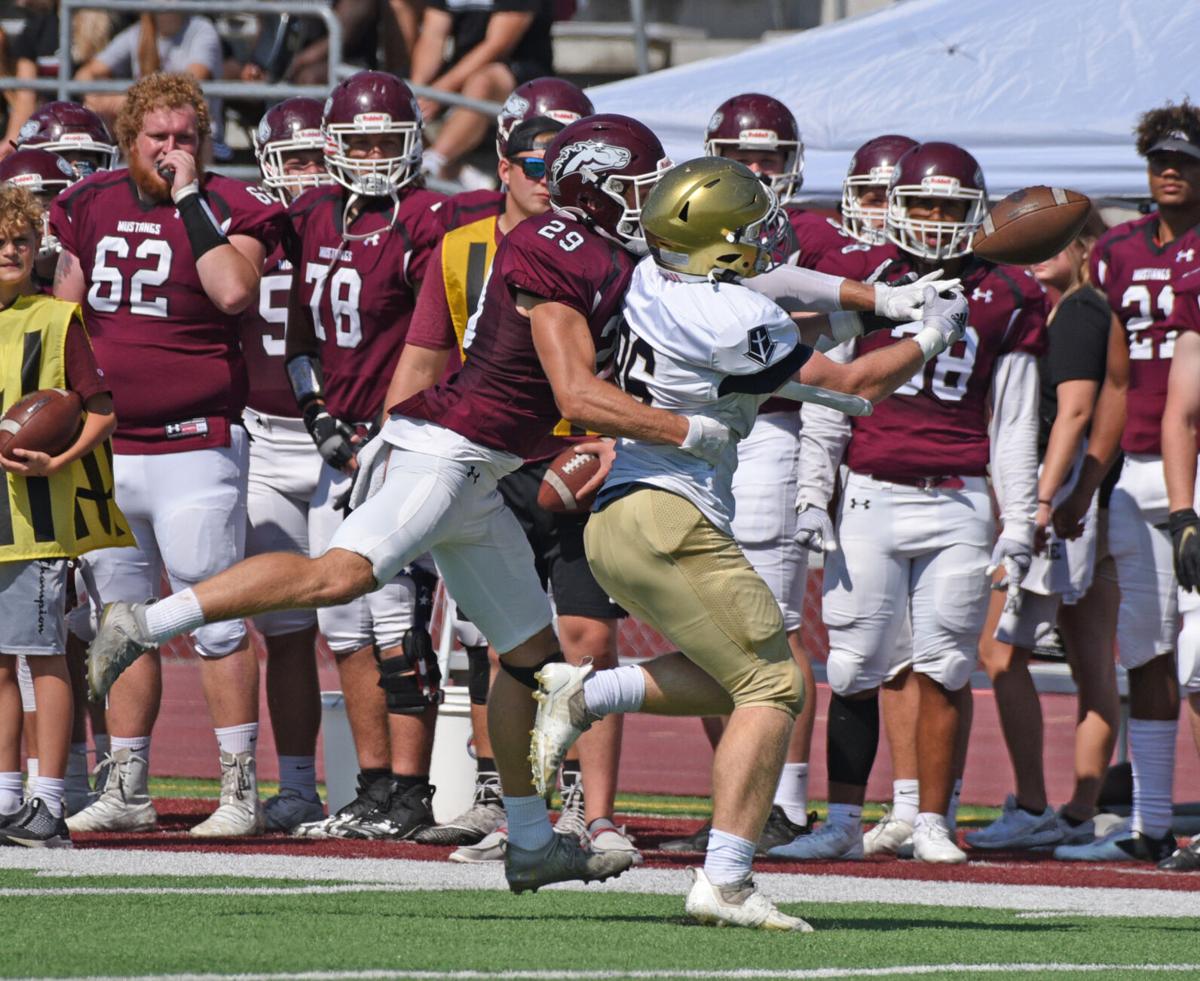 SIOUX CITY, Iowa — As his players took to a knee around him in one end zone, John Michaletti pointed to the opposite end of the field.

The players all looked.

It was the gathering of coaches and players from Morningside.

That, Michaletti — the Mount Marty head football coach — told his team, is where they aspire to be some day. Yes, the Lancers may have suffered a 56-7 loss to the third-ranked Mustangs in Saturday’s battle in Sioux City, Iowa, but it’s part of the process, he said.

The message didn’t immediately soothe the disappointment from the setback to the Mustangs (winners of the NAIA national title in 2018 and 2019), but the Lancers have to keep moving forward in their inaugural season, according to quarterback Davian Guajardo.

“Playing Morningside will be a good thing for us, because that’s where we want to be,” said Guajardo, who accounted for the Lancers’ lone touchdown on the day — a 49-yard completion to Jonah Miyazawa.

“It’s hard to look at the big picture in the moment, but we know we have to keep going.”

Following losses to Dakota Wesleyan and Jamestown, Mount Marty (0-3) was faced with its first true test against an established NAIA powerhouse.

“It would’ve been easy for us to get distracted by everything outside of our world; our locker room, because of who Morningside is, but we had to control what we could control,” Michaletti said.

“There’s a lot to learn from this one, but we’ll keep building.”

There was a point, though, in the second quarter where the Lancers appeared to establish some semblance of momentum.

On back-to-back drives in the frame, the Mustangs threw an interception and then missed a field goal. They rebounded, though, with an interception return for a touchdown by Jamal Jones to build a 28-0 lead at the 2:07 mark. Mount Marty answered with Guajardo’s touchdown completion to Mizayawa to get the Lancers within 28-7 at halftime.

That was another small victory in the long journey, according to Michaletti.

“Our focus all week was to start fast and play our game,” he said. “We couldn’t get caught hanging our heads.”

Morningside then reestablished control with touchdowns on its first three drives of the third quarter to balloon the lead to 49-7. The Mustangs then capped the scoring with a Joe Dolincheck touchdown pass to Reid Jurgensmeier with 9:49 remaining.

Dolincheck finished the game 19-of-35 passing for 310 yards and two touchdowns, and was intercepted twice (the other from Gavin Craig). Jurgensmeier caught eight passes for 135 yards and both scores, and Anthony Sims rushed for 158 yards and four touchdowns.

That trio of fifth-year seniors played key roles in Morningside’s national titles in 2018 and 2019, and that’s the level of success the Lancers hope to attain some day, according to Michaletti.

“Coach (Steve) Ryan has done a great job for so many years, and part of the reason they’ve had this kind of success is that they get local guys to buy in and invest,” he said.

In the loss, Guajardo completed 5-of-21 passes for 76 yards, while starting quarterback Torren Devericks was 5-of-16 for 70 yards with an interception. William Rauch was the leading rusher with 25 yards, while Yankton natives Rex Ryken and Trevor Fitzgerald each caught three passes.

As the Lancers gathered in the end zone following the loss, they were encouraged to remain positive during their journey and to move forward to next Saturday’s home game against Briar Cliff.

“Starting new like we are can be rough, because we’re mostly young guys going against fifth-year seniors, but it’s a process and it’ll take a while,” Guajardo said.