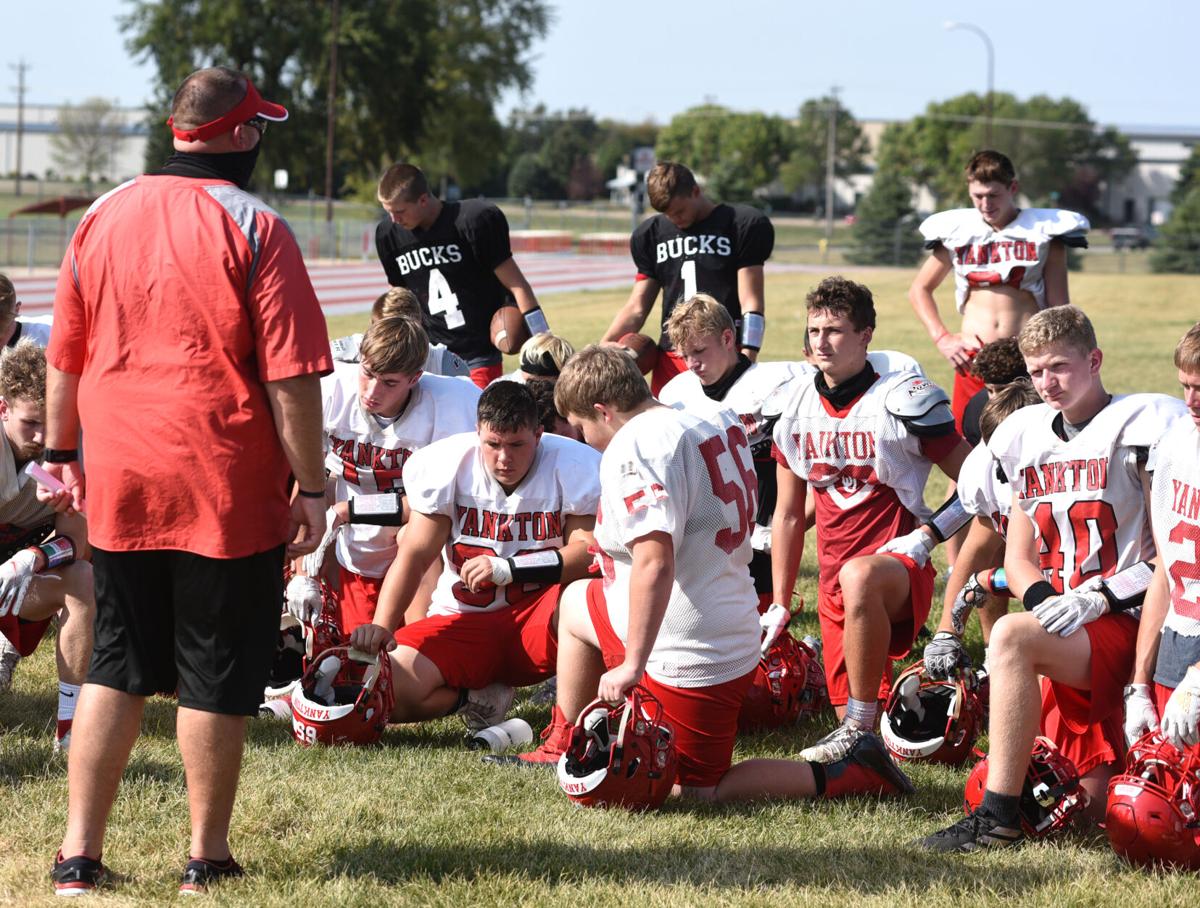 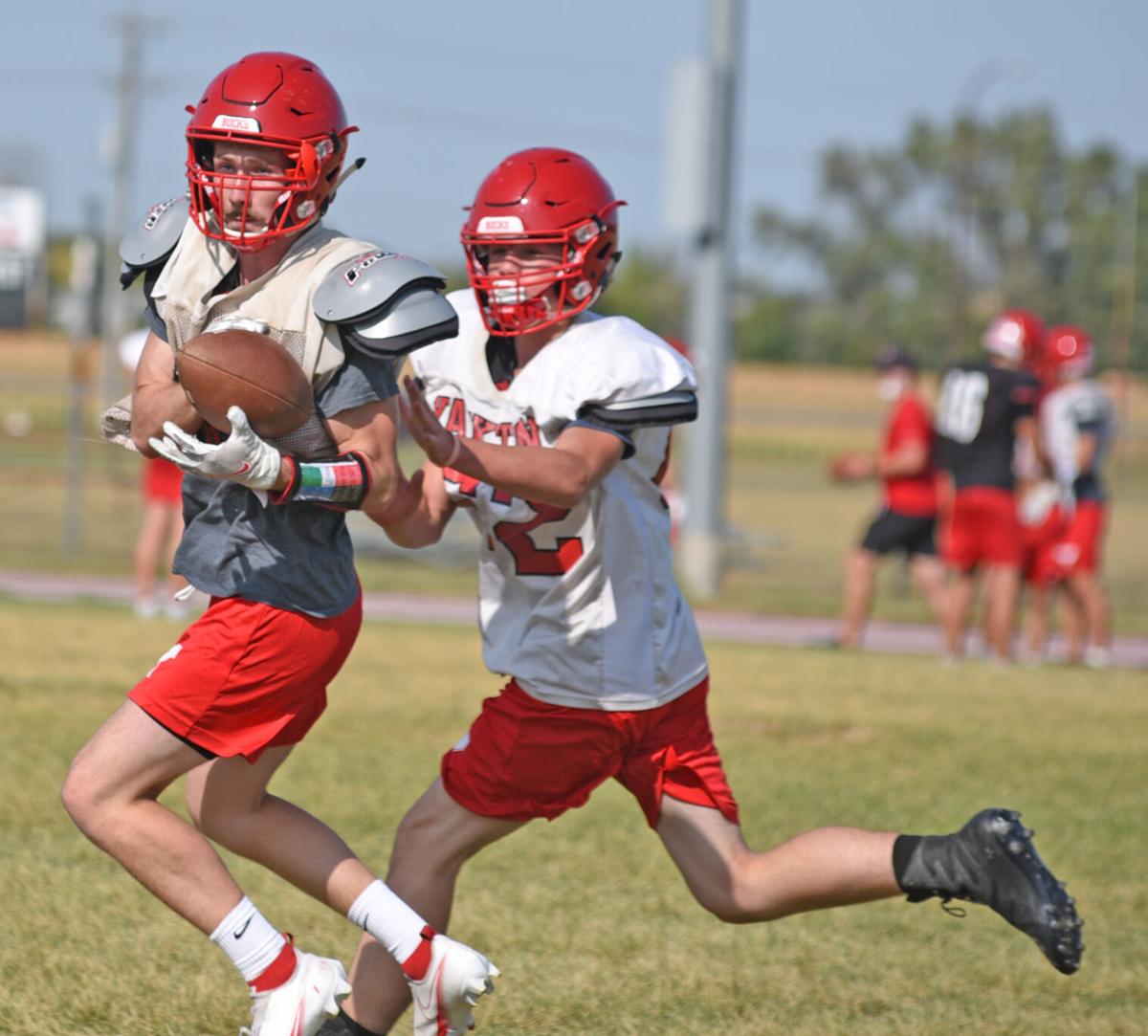 Yankton's Jack Schaa, left, catches a pass in front of a teammate during Monday afternoon's football practice at Williams Field. 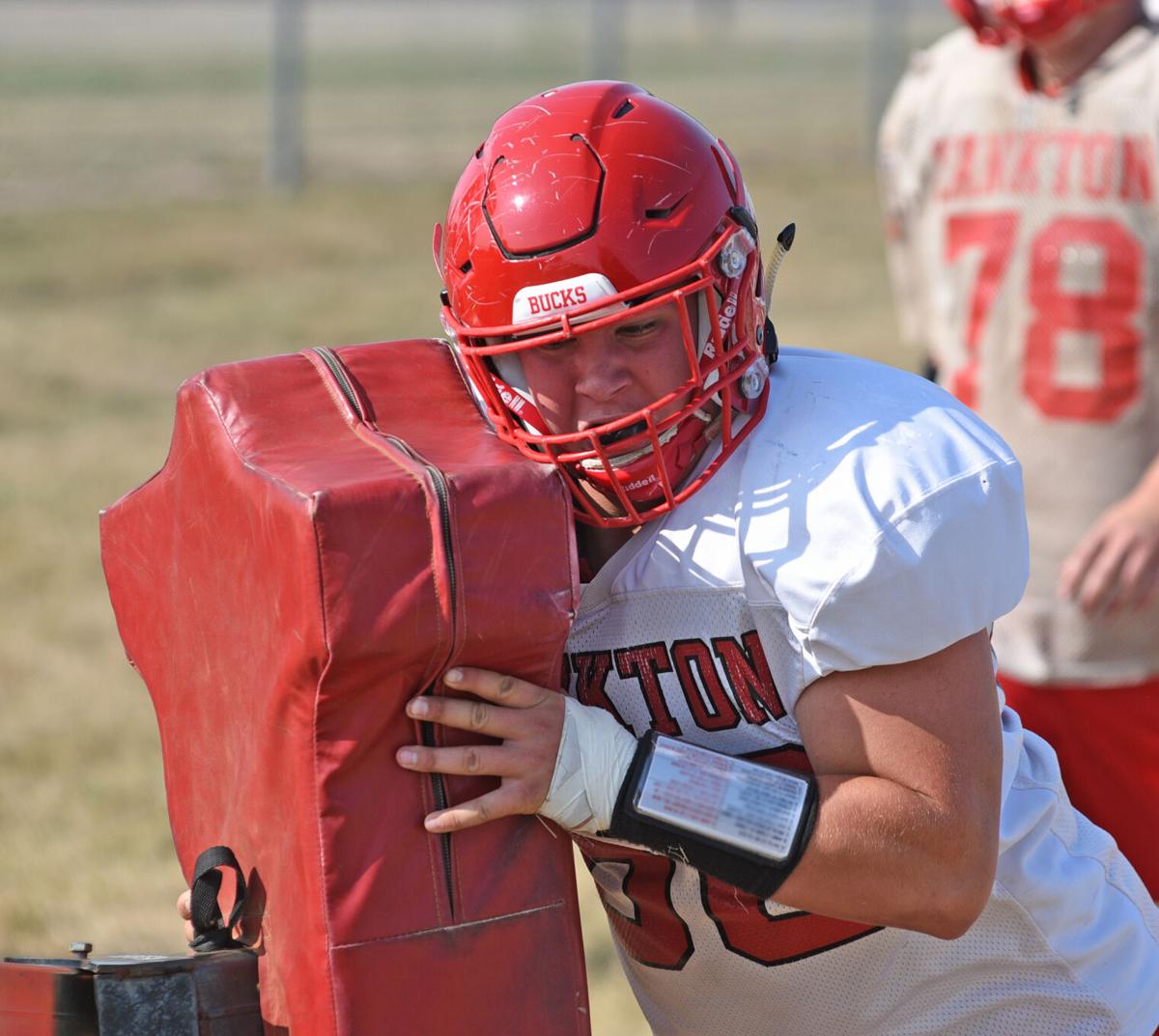 This Yankton lineman hits the bad during a drill in Monday afternoon's football practice at Williams Field. 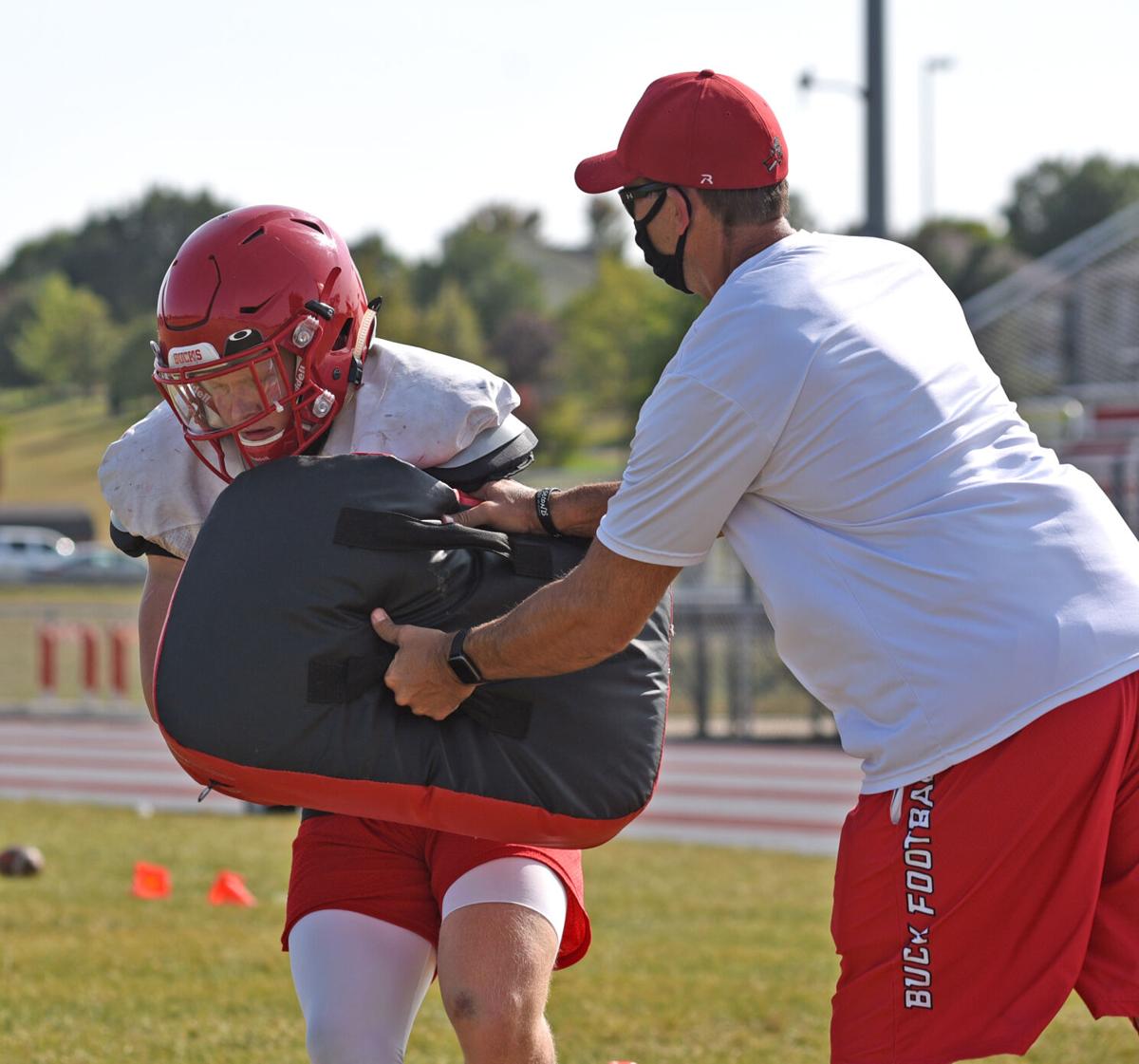 Yankton's Jack Schaa, left, catches a pass in front of a teammate during Monday afternoon's football practice at Williams Field.

This Yankton lineman hits the bad during a drill in Monday afternoon's football practice at Williams Field.

For the first time since its state championship victory in 2015, the Yankton High School football team will step foot on the DakotaDome turf.

The Bucks, with a 3-0 record and a new No. 1 ranking in Class 11AA, will face the Vermillion Tanagers on Friday night at 7 p.m. in Vermillion.

Here are five things about that game.

Whatever is being said to the Bucks at halftime, it’s certainly resonating on the field.

Yankton has not allowed a single point in the second half of games this season and has out-scored its three opponents 72-0 after halftime.

What has gone into the second-half domination?

“I think it speaks to what coach Olson has done with our defense,” head coach Brady Muth said. “Between ‘Ole’ and coach (Brandon) Colpitts, they have done a great job analyzing where we are making mistakes, which aspects of our defense are being exploited and then working to fix those things.”

Another major factor in the defense’s performances after halftime has been trust, Muth added.

“The coaches trust the players and the players are trusting their coaches,” he said. “They believe in each other and are playing fast. It has been a lot of fun watching our defense develop.”

With his three interceptions in last week’s win over Pierre, Yankton sophomore Cody Oswald tied a program record that was held by four others: Rex Ryken (2016), Mike Thunker (2002), Mike Stotz (1999) and Jeff Larson (1993).

Oswald returned his second interception of the game back for a touchdown.

With 161 points scored through the season’s first three games, the Yankton offense is on pace to potentially break the program record for points in a season.

In 2014, the Bucks racked up 364 points over its 11-game state championship campaign.

“They are a much-improved team from last year and are firing on all cylinders,” Vermillion head coach Andy Homan said. “They are clicking in all aspects of the game.”

Following a 35-0 victory over Belle Fourche in the season opener, the Tanagers have lost two straight games … they have been out-scored 76-17 in the last two weeks … Last Friday, Tri-Valley scored a touchdown with 37 seconds remaining to beat Vermillion 22-17 … in that loss, Tanagers quarterback Charlie Ward passed for 176 yards and a touchdown.

With each passing game, the Tanagers are gaining valuable experience and showing signs of progress, according to Homan.

“We are still young, but working hard at becoming better,” he said. “We are getting to the ball on defense, and our offense is starting to make some good strides.”

In addition to Ward and his perimeter weapons, the Vermillion offense also boasts a big line that “does a good job keeping the pocket clean,” according to Muth.

On defense, the Tanagers are a “hard-nosed bunch,” Muth added, that plays man coverage, which allows them to play aggressively up front.

“For us to be successful, we are going to have to get our hats on defenders and be willing to take shots with our skill guys,” Muth said.

“We’re not as satisfied as last year,” Yankton senior offensive lineman Gaige Koster said. “Right when we got done beating Pierre, it was right on to Vermillion; ‘who’s Pierre?’ you know. We’re not glorifying any win or anything; it’s on to the next one.”