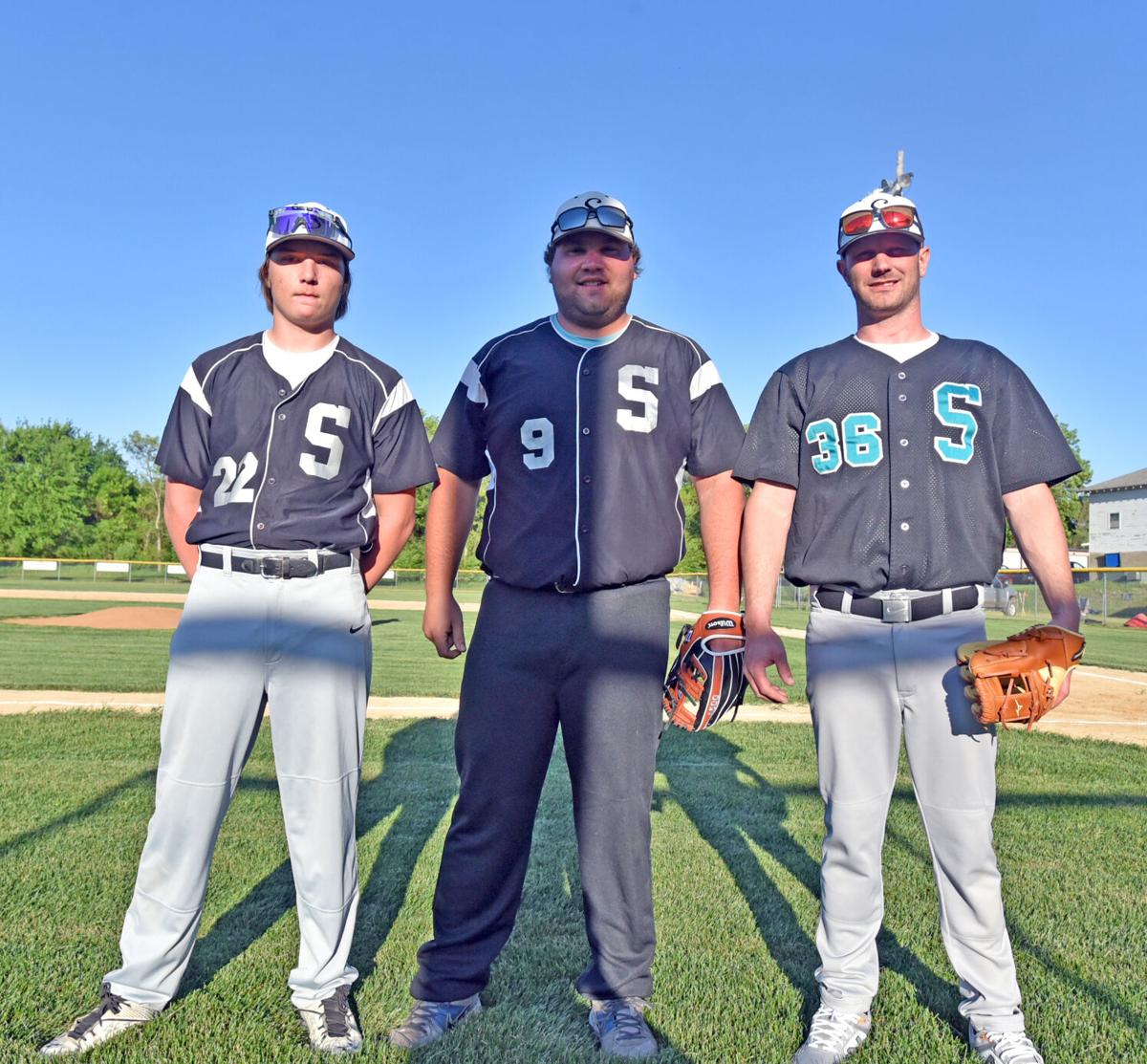 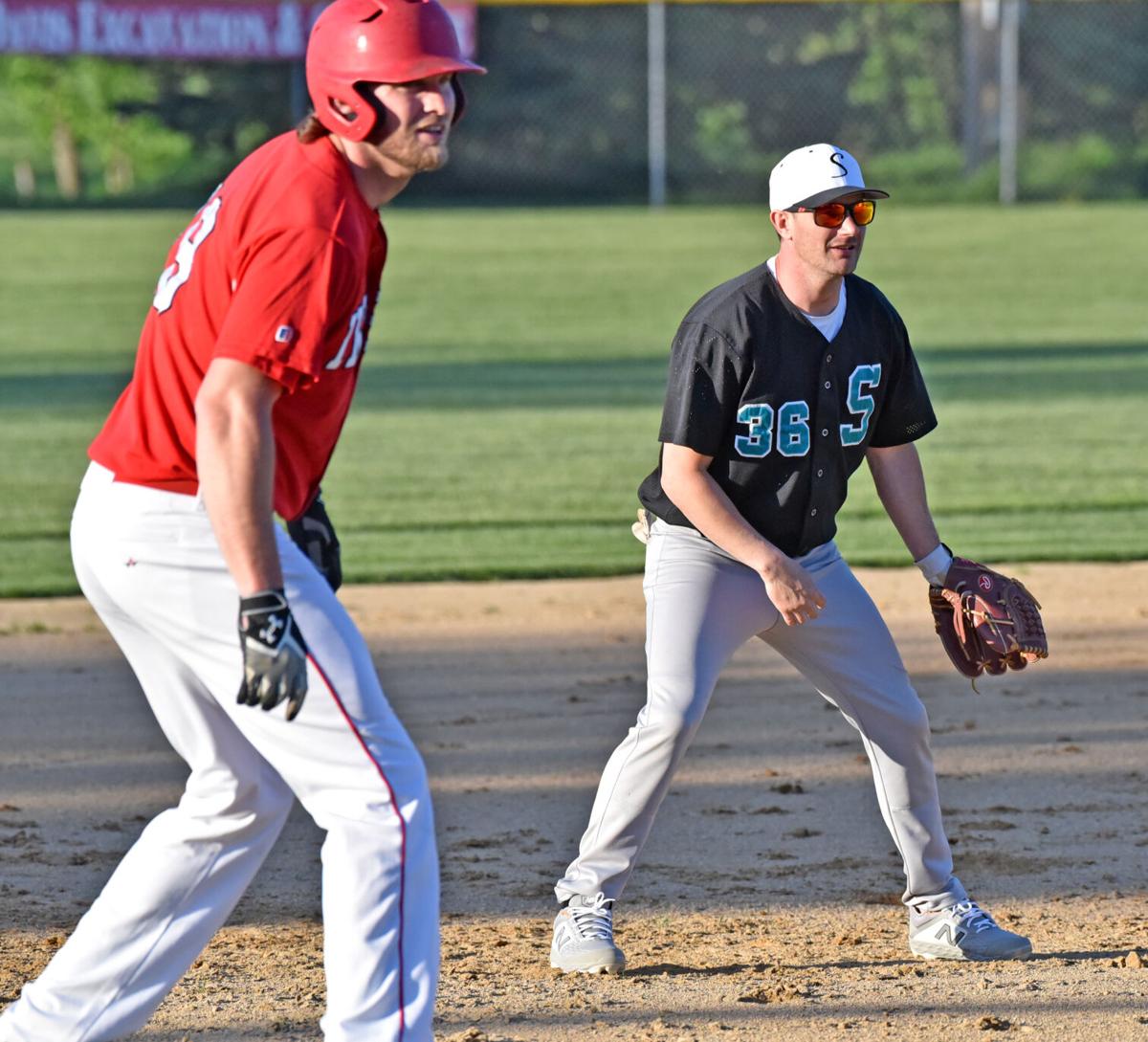 EDITOR’S NOTE: This is another installment in our ‘Welcome To The League’ series, which profiles young players across the South Central League and their adjustments to amateur baseball

South Dakota has never really seemed like a kind of foreign land to Dylan Stewart.

Yes, he was born and raised in Georgia, but both of his parents are from South Dakota, and his family still farms in the state. And Stewart had traveled to South Dakota at least twice a year for as long as he can remember — he even spent three months in the area four years ago.

He has always considered making the move.

Now that he’s in the area, the 23-year-old Stewart knew he’d need a hobby this summer to keep busy outside of his work on the family farm.

Why not baseball, he thought.

“I played a little bit growing up, but was never big into it,” said Stewart, who has played intramural baseball while in college down in Georgia. “But I told the guys I would play.”

Those guys were the ones involved with the Scotland amateur baseball team.

They welcomed Stewart with open arms, so he joined the Crue this season as one of three newcomers — along with Tony Shelburg and Jac Conrad.

“I’ve been coming up here enough that when I moved up here, I already knew some of the guys,” Stewart said. “It wasn’t too much like a completely new place.”

What was a completely new experience, however, was what Stewart endured last Thursday night in Irene. Because he has been so busy on the family farm, that night was the first time — practice or game — that he stepped on the field for Scotland this season.

“It was a little bit of a shock,” Stewart said. “It felt good to get back in there.

“There were definitely some rusty bolts that needed to be tightened,” he added, with a chuckle.

Although it’s still early in the season for everyone across amateur baseball, Stewart still admitted that he needs more time on the diamond to really feel like he’s adjusted.

“The biggest thing for me, with not playing in a long time; I have to get more practice and get the kinks worked out,” he said.

Could a person with no baseball experience for two decades successfully transition from softball to amateur baseball?

Tony Shelburg is out to test that theory.

At an age when most amateur baseball players have long since stepped away from the game, the 37-year-old Shelburg is just getting started.

“I’ve wanted to play baseball for a while,” he said.

A 2001 Yankton High School graduate, Shelburg played baseball at nearly every level until he turned 18, and has played softball ever since.

“I won’t say I was ever great at baseball, but I was pretty decent,” he joked.

As the years passed by, Shelburg said he realized if he was going to give amateur baseball a try, he better do it soon — “I just never pursued it very hard,” he said.

Shelburg had a previous connection to Scotland’s amateur baseball team, as his brother-in-law, Scott Ulmer, plays for the Crue. Shelburg said he was hopeful that his father-in-law, Robert Ulmer, would join the team as a coach.

“I told (manager) Dalton (Mogck) that if he can get my father in law to coach, I’d come out and play,” Shelburg said.

Once that happened, Shelburg was officially on the roster.

All he had to do was hope the game eventually returned him, 20 years later.

“It’s different than what I remember, that’s for sure,” Shelburg joked.

There’s also the matter of coming into a team as the youngest member, with only associations with two of the returning players.

“Being the older guy, you don’t know what to expect,” Shelburg said. “There’s an older guy coming in and I’ve been starting.

“But they’ve embraced me pretty well.”

Only four games into debut season with the Crue, Shelburg said he has enjoyed his return to baseball.

“We’re not a great team by any means, but it’s just the aspect of getting out and playing baseball again.”

The makeup of Scotland’s roster is proof of what makes amateur baseball unique: You will see players of all ages.

Shelburg even joked as much.

Here’s an example: Jac Conrad is a 17-year-old Scotland native who will be a senior at Bon Homme High School this fall.

This summer would have been his first year of American Legion baseball, but without that possibility, Conrad was left to ponder his options.

“Baseball is one of my favorite sports,” he said.

Conrad happens to work with a former Scotland amateur baseball player, so the process was immediately put into motion to recruit Conrad to the Crue.

“I told him I don’t have a team to play on this year, and he suggested Scotland,” Conrad said. “He hooked that up for me, so here I am.”

As with every amateur baseball player, it’s still early enough in the season that batters are still trying to find their rhythm, but in Conrad’s case, the adjustment is steeper.

“It’s going to be different when you get some of these college guys and they throw faster,” he said. “I know I can’t throw that fast.”

How did he fare in his first amateur at-bat?

“I was very nervous, but at least I went down swinging,” Conrad said.