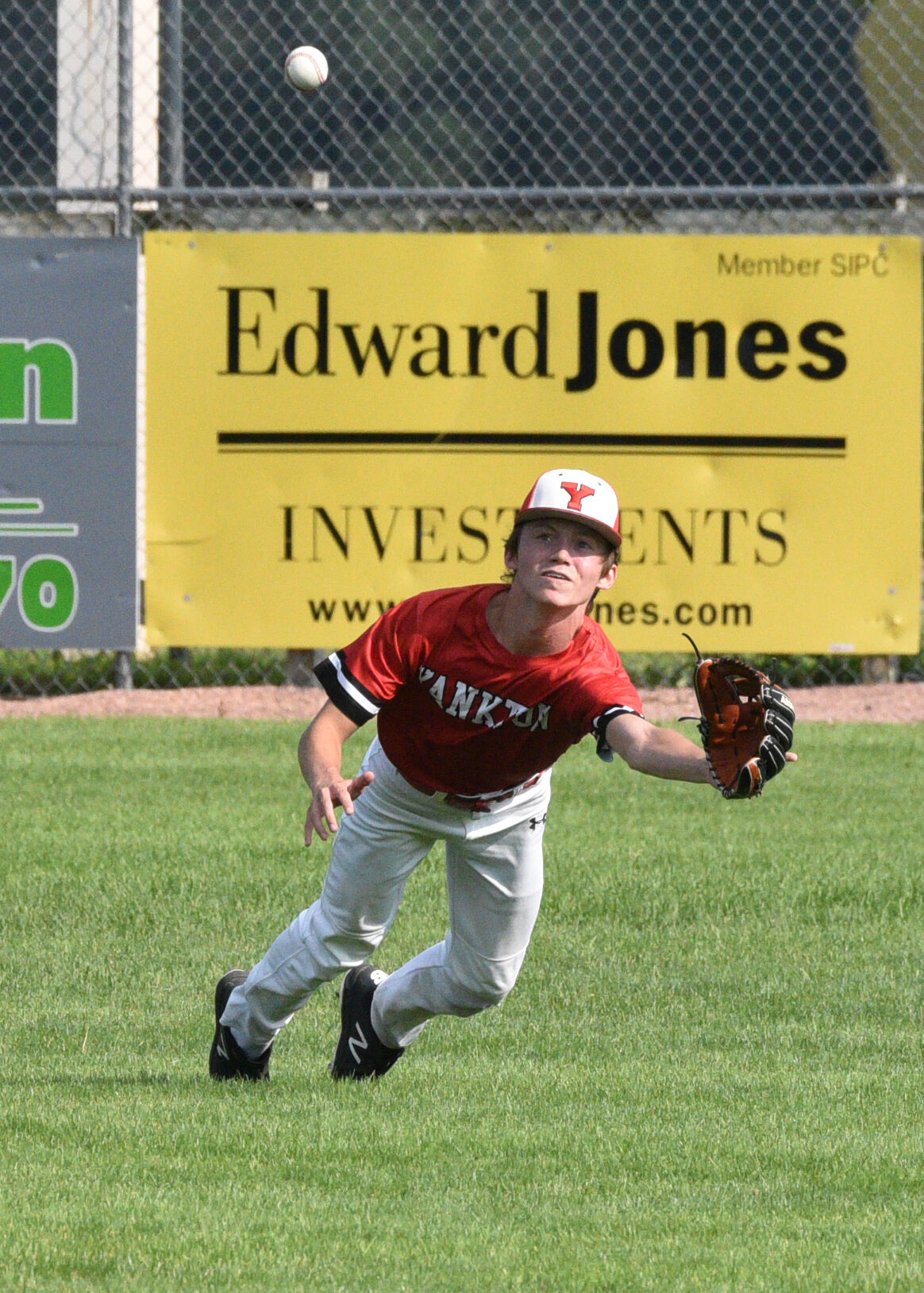 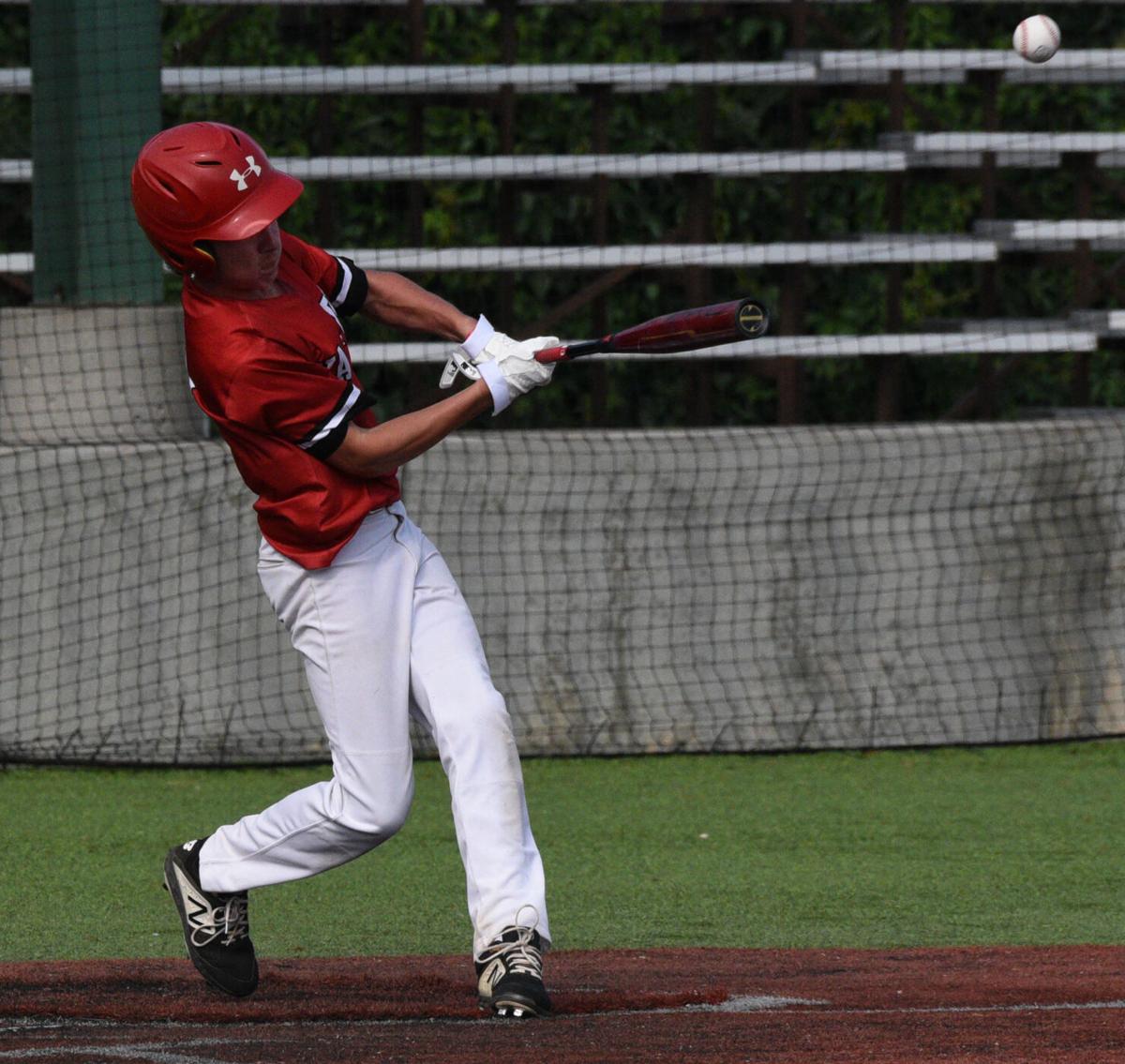 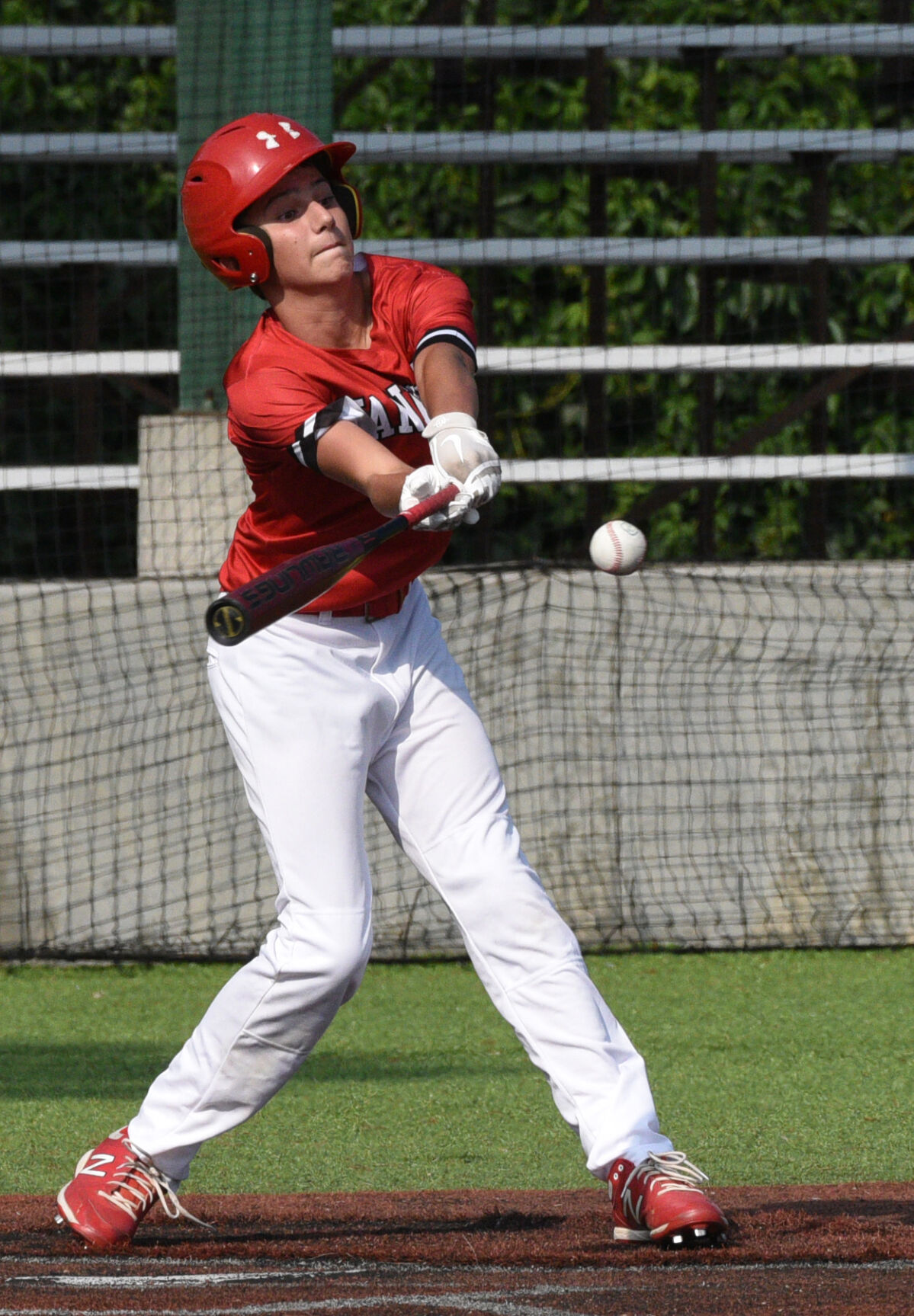 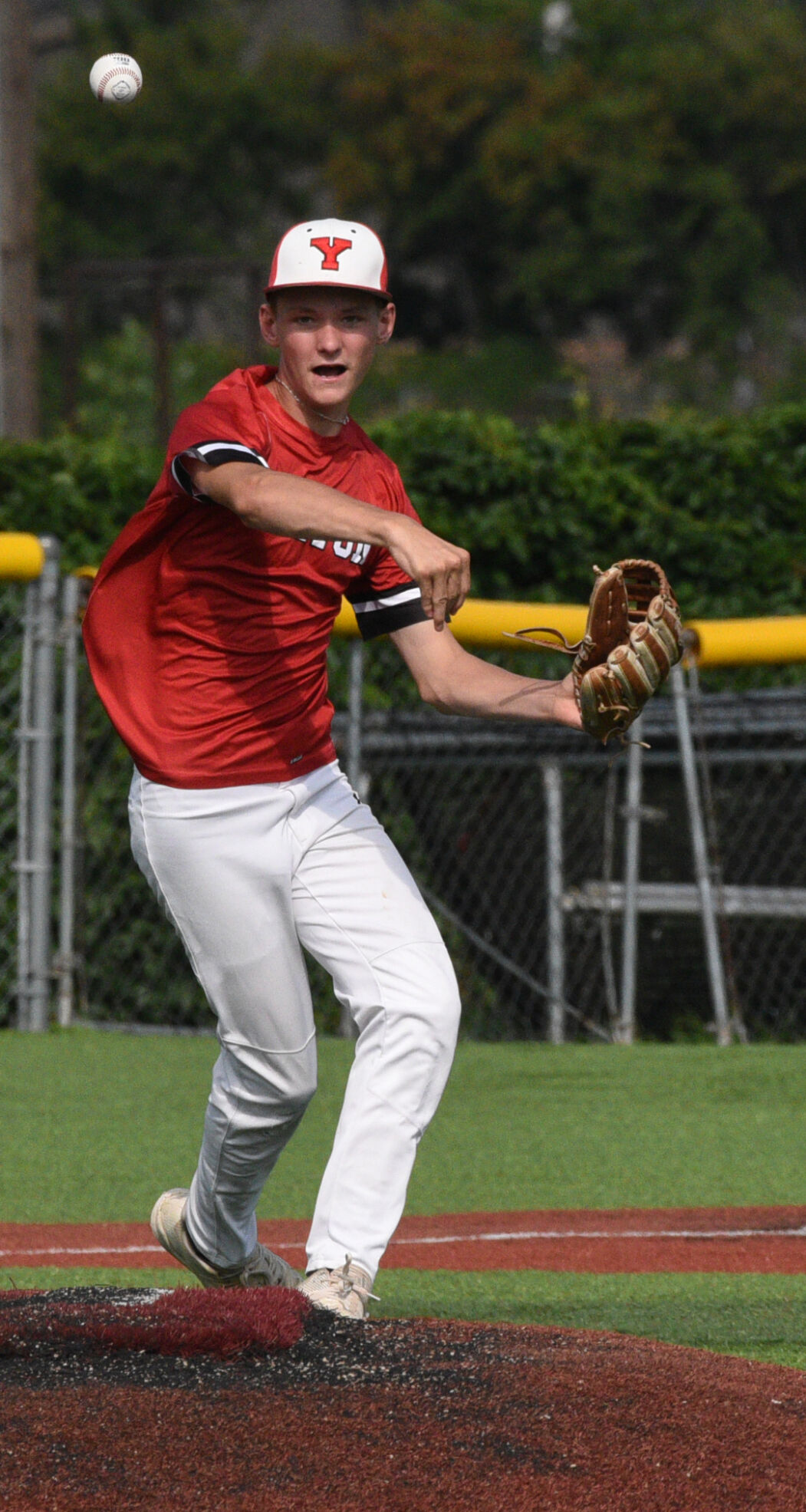 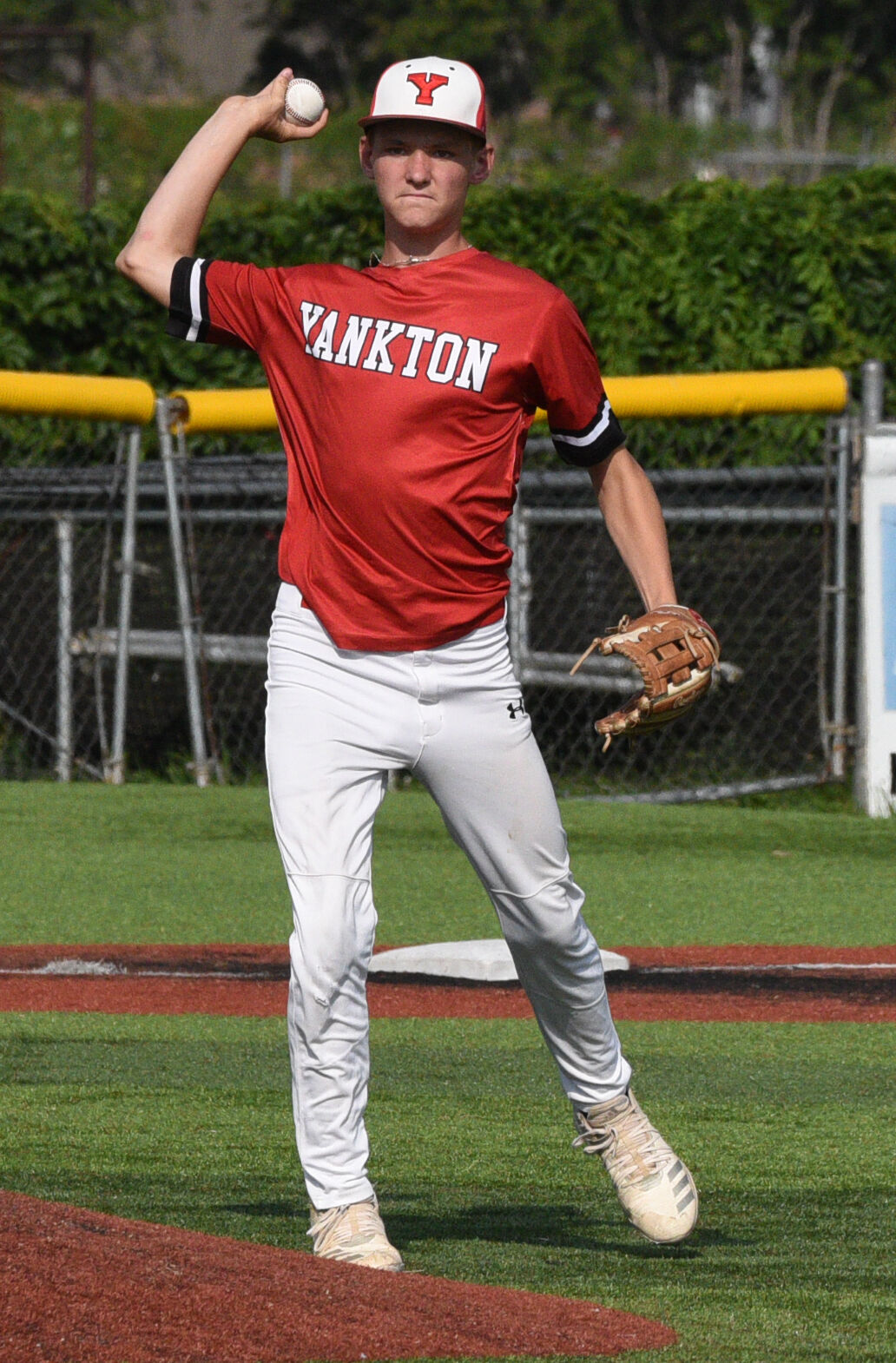 Payton Peterson tallied two hits, including a triple, and two RBI for Yankton. Austin Gobel picked up a pair of singles and Tyson Prouty tallied a single and one RBI. Keenan Wagner picked up one hit.

Caden Watson picked up two hits and one RBI to lead East in game two. Heiberger and Top added one hit and one RBI each. Collin Murr and Tyler Barnhart pitched in one hit apiece.

Peterson and Sean Turner picked up three hits and a RBI each for Yankton in game two. Landon Potts added the lone other hit for the Black Sox.

LENNOX — A RBI-single by Charlie Ward in the bottom of the eighth lifted Vermillion to a walk-off 6-5 win over Elk Point-Jefferson in the opening game of the Region 3B Legion Tournament in Lennox Wednesday.

Ben Burbach went 1-for-3 with two RBI for Vermillion. TJ Tracy and Ward added one hit and one RBI each. Connor Saunders, Drew Thelen and Jack Kratz added base hits.

PARKSTON — A walk-off single by Jacob Wagner gave Salem a 7-6 win over Parkston Wednesday in the Legion Region 4B Tournament in Parkston.

Avery Feterl went 3-for-3 with three RBI to lead Salem. Joe Loudenburg added two hits. Raygen Randall and Wagner tallied one hit and one RBI each.

Max Scott picked up three hits and one RBI for Parkston. Landon Sudbeck, Logan Heidinger and Brayden Jervik added one hit and one RBI each. Caleb Titze pitched in one hit.

Bobby Koepsell picked up the win for Salem, pitching three innings of relief. Braeden Kerkhove started the game for Salem and Feterl pitched in relief as well. Scott took the loss for Parkston. Luke Bormann, Kade Bialas and Jervik pitched in the game as well.

Parkston is back in action in an elimination game today (Thursday) at 7 p.m. against Menno-Scotland. Salem faces Tabor Friday afternoon.

PARKSTON — Tabor tallied 17 runs on 12 hits to run past Alexandria 17-0 in the Legion Region 4B Tournament in Parkston Wednesday night.

Alexandria is back in action today (Thursday) against Mount Vernon-Corsica-Stickney. Tabor gets a day off before facing Salem in the winner’s bracket Friday.