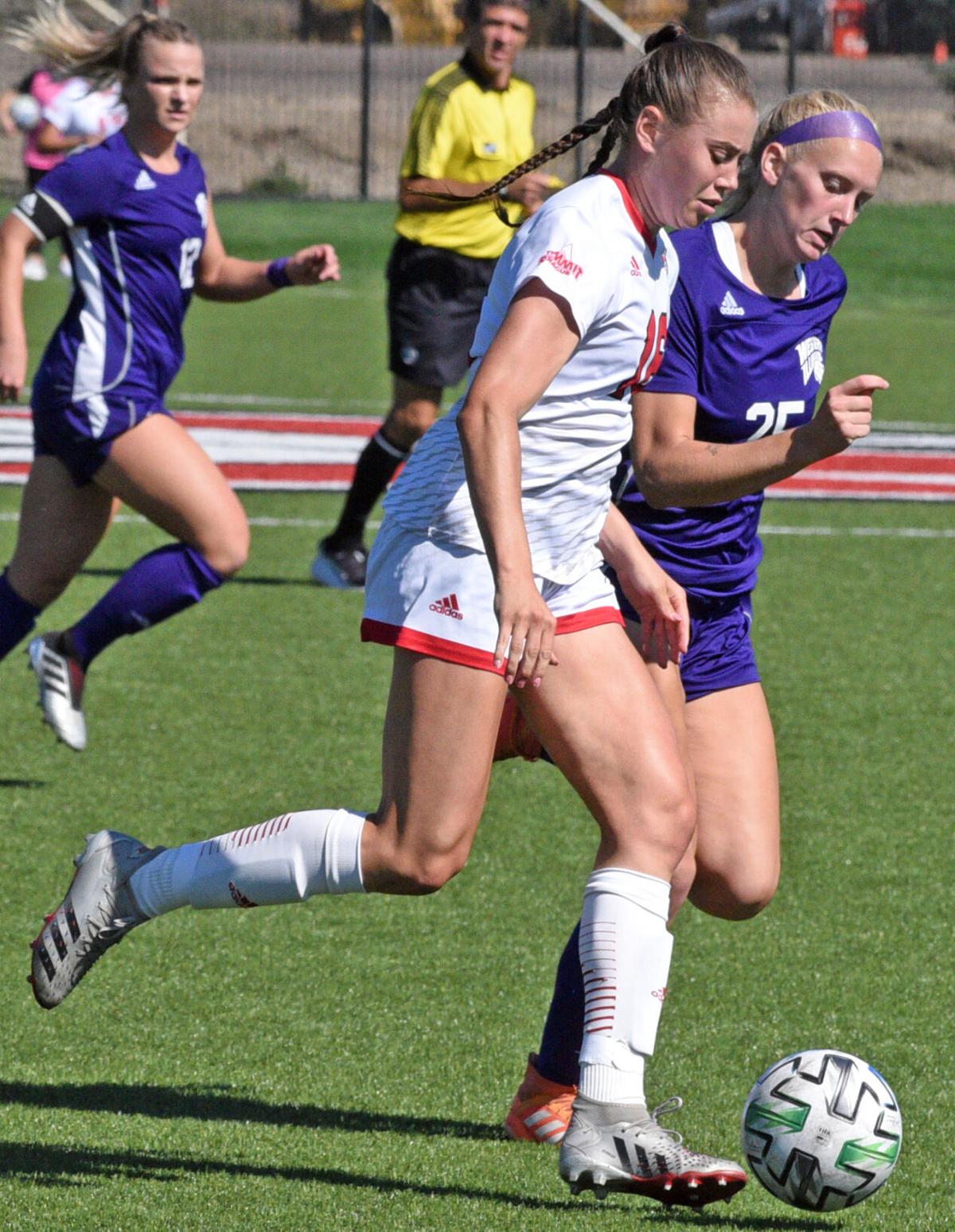 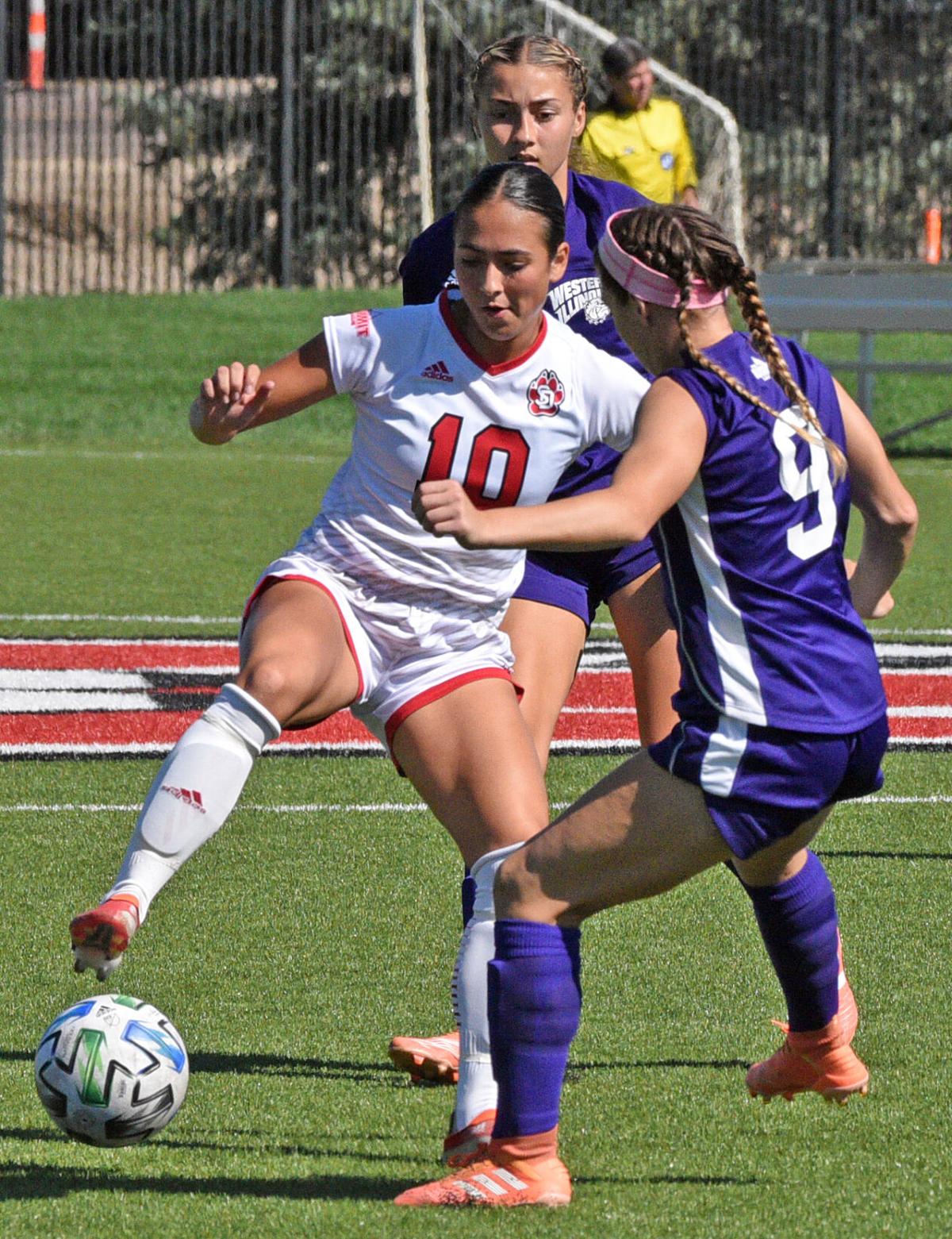 South Dakota's Joana Zanin, 10, tries to control the ball against the pressure of Western Illinois' Jenna Lundgren and another Leatherneck during their Summit League women's soccer match, Sunday at First Bank & Trust Soccer Complex in Vermillion.

South Dakota's Joana Zanin, 10, tries to control the ball against the pressure of Western Illinois' Jenna Lundgren and another Leatherneck during their Summit League women's soccer match, Sunday at First Bank & Trust Soccer Complex in Vermillion.

Andrews booted two in during the opening half to score the first goal against Coyote goalkeeper Emma Harkleroad since a Sept. 9 goal by Drake.

The Coyotes had plenty of opportunities early Sunday, having a header off a corner kick go off the crossbar, one land in the hands of the Western Illinois goalkeeper Isabel Navas Rodriguez and a pair of kicks go just wide of the net.

“It’s hard to be upset with the number of chances we created and I think we had the play on large sections of the game,” Thomas said. “The message the team just heard is we have to take care of the details in both the final thirds.”

Taylor Cotter put four shots off and recorded an assist Sunday. Abby Ostrem also assisted on the Coyotes’ lone goal, a shot by Alexis Mitchell that crossed the line to cut the Western Illinois lead to one with less than 15 minutes to play.

“There’s a phrase in soccer that goals change games and it’s an obvious thing, but I think it’s very true,” Thomas said. “Going down early allowed them to put players behind the ball and they did a really good job when we got into those attacking opportunities of having a couple different bodies there.”

The goal was scored on Western Illinois’ back-up goalkeeper Megan Rasmussen, who saw a few minutes of action after Navas Rodriguez had to leave the field for a few minutes to be evaluated after an injury.

The Coyotes put out two shots in the final minute to tie and even things up, including a shot by Cotter that went just wide of the goal with 15 seconds remaining.

“We talked about it as a team, that the Summit League conference tournament is one of the most difficult in the nation to get into with them letting four teams in,” Thomas said. “We’ve talked about moving the team culture forward each year and these are the times that we find out whether we’ve really done it.”

The Coyotes are back in action against Oral Roberts Friday in Tulsa, Oklahoma.