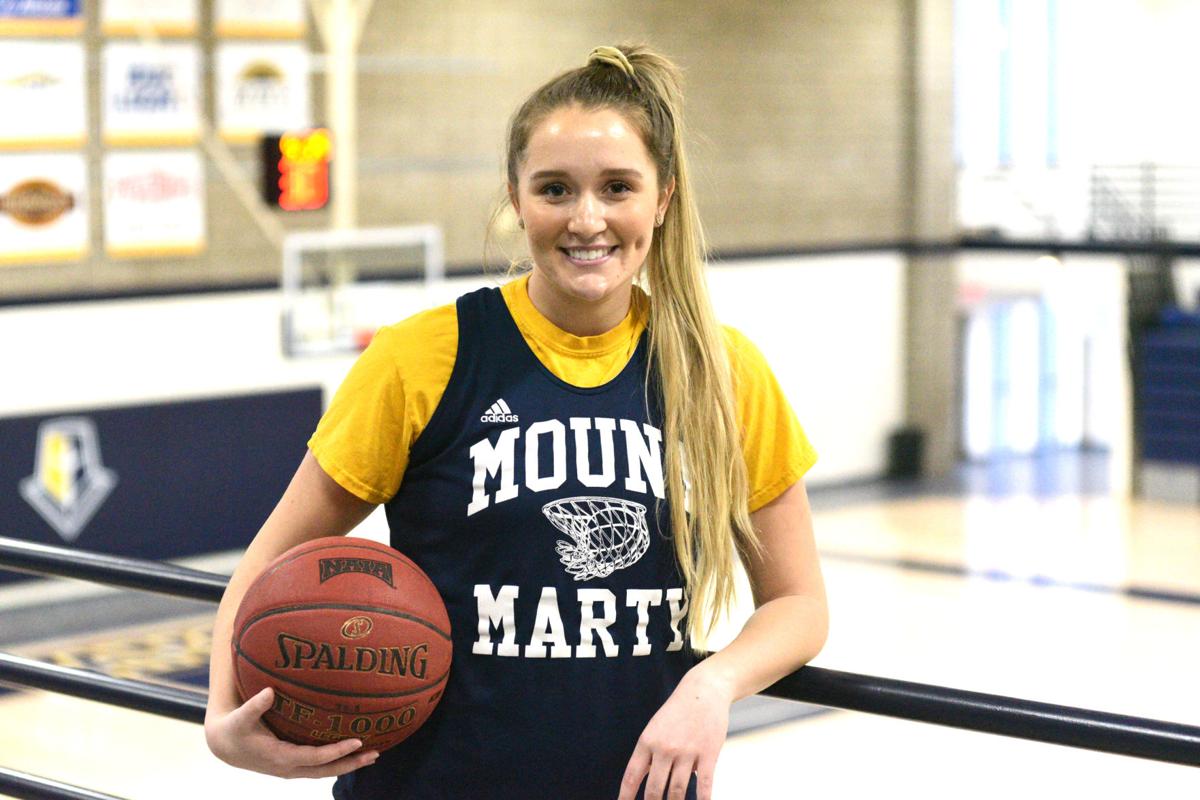 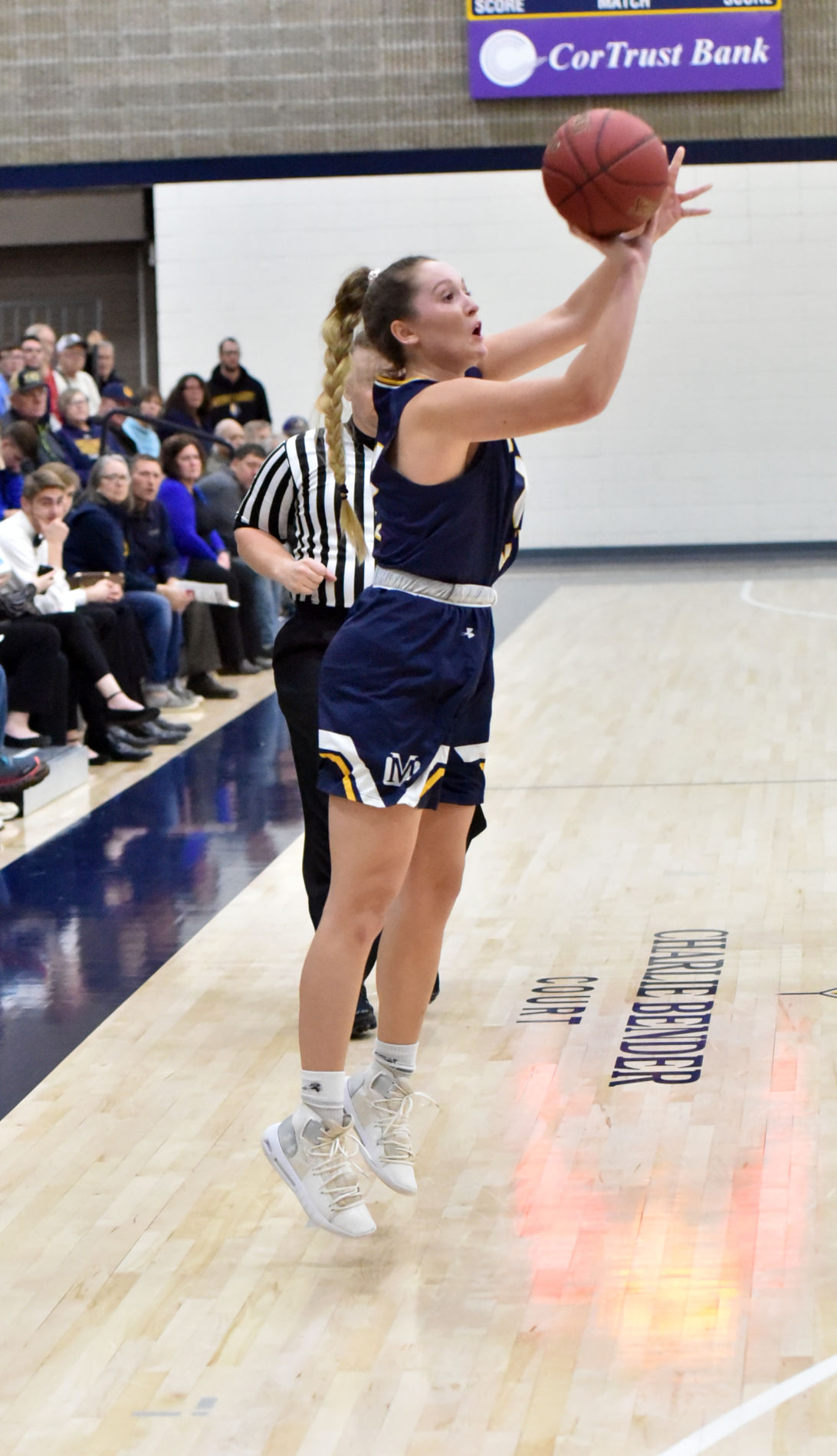 All records have to start somewhere.

And for Ali Kuca, it all started out on the driveway with her two older brothers at the family farm in Dante.

Basketball was their activity of choice.

“It was always our thing to go outside and challenge each other,” Kuca said.

That’s where it all began.

Kuca didn’t have younger siblings, so she learned from a young age how to fend for herself against bigger, stronger and more experienced players.

What were some of her earliest memories?

When you start out with such a disadvantage, you have to find ways to utilize the edge you may have. And in Kuca’s case, it was shooting.

“I didn’t want to go in there and shoot layups against them,” she said, with a smile.

So why not shoot from the outside?

As time passed and Kuca began knocking down more and more of those shots from deep (even if the driveway didn’t feature a true three-point line), she’d venture further away.

And still, the ball would go through the net.

It hasn’t stopped for Kuca, either.

She eclipsed the record held by current assistant coach Logan Wagner (275) and now stands with 284 made treys in her career.

To break such a record, Kuca had to get started early in her Lancer career, but she’s also been consistently dangerous from deep: She has made 284-of-780 three-point attempts for 36 percent.

As her coach would tell you, Kuca’s production and efficiency — and eventually, her record — didn’t happen by accident.

“That takes a lot of time and a lot of work,” Mount Marty head coach Todd Schlimgen said Monday.

“And obviously, you have to be blessed with some skill.”

It was skill honed on the family driveway, according to Kuca.

“You were always playing against someone better than you,” she said.

“They definitely gave me a lot of my court sense. They taught me a lot about the game.”

Those hours spent competing against her brothers eventually helped Kuca become one of the best players in school history in Wagner.

“She was a very smart player who could be coached on the fly,” said Wagner head coach Michael Koupal, who coached Kuca.

“She understands the game.”

The topic of Kuca’s record at Mount Marty were a recent topic of discussion between Koupal and his two daughters, according to Koupal — the daughters were Wagner student managers when Kuca played.

The girls, Koupal said, asked about some of Kuca’s high school stats.

Kuca was also a four-time all-conference selection and was three times named all-state.

“Ali is someone they both look up to and enjoyed watching her play,” Koupal said.

What they saw then is what Mount Marty has seen now, according to Schlimgen: A player who is ‘quiet but determined,’ he said.

“She isn’t flamboyant and doesn’t go out of her way to draw attention to herself, but we’ve noticed that she’s become more of a vocal leader,” Schlimgen said.

Others around Kuca, though, haven’t shied away this season from being vocal to her about her impending record.

In fact, it was a running joke between the coaches (particularly Wagner, who had the previous record) and Kuca, she said.

“Logan would jokingly say, ‘You’re not going to get it,’” Kuca said, with a smile.

“I knew I was close, but I just didn’t know it was that close.”

Kuca’s seven three-pointers in the Jan. 4 win at College of Saint Mary tied her with Wagner atop the Lancer leaderboard.

Kuca just needed one basket from deep, but as she would tell you, that wasn’t exactly what she was thinking about.

“Ultimately, I just wanted to win that game, but we came up a little short.”

Whatever number Kuca finishes with, it’ll all be because of those hours spent playing against her brothers, she said.

“You would be discouraged after you lost, but you always wanted to get back out there,” Kuca said.

Those were the times that not only forged her competitive spirit, but taught Kuca all about adversity on the court.

“You’re going to lose some, but you can’t let that make you stop playing,” she said. “You have to get better and find a way to win.”