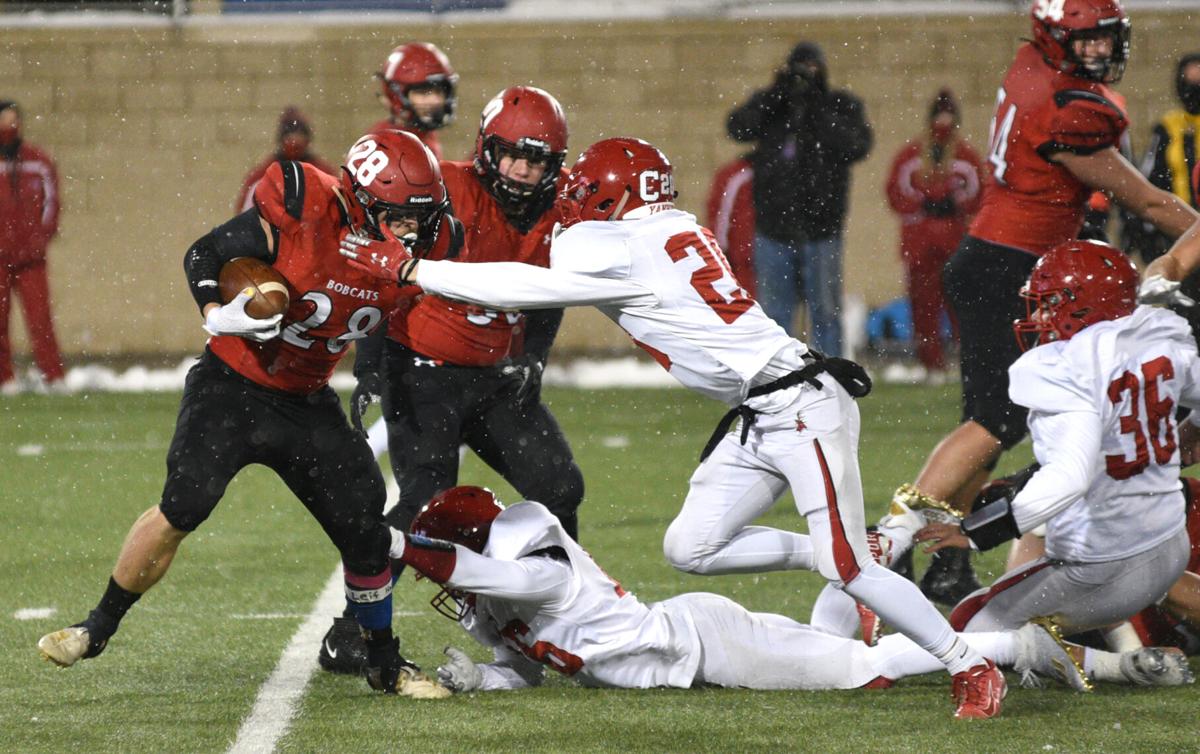 Broookings running back Josh Buri sprints through a huge hole for a 38-yard touchdown run during Thursday night's football game against Yankton at Dana J. Dykhouse Stadium in Brookings. 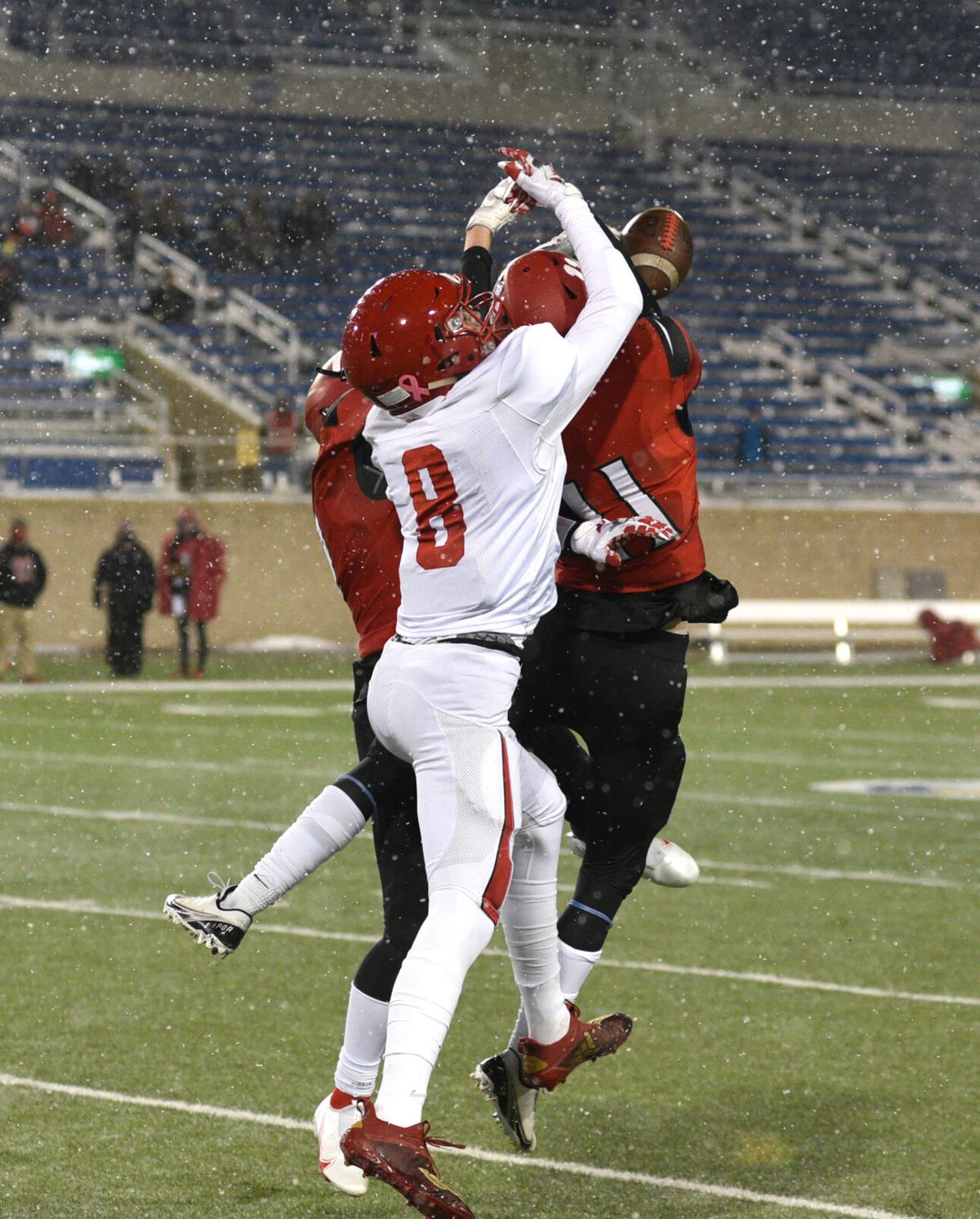 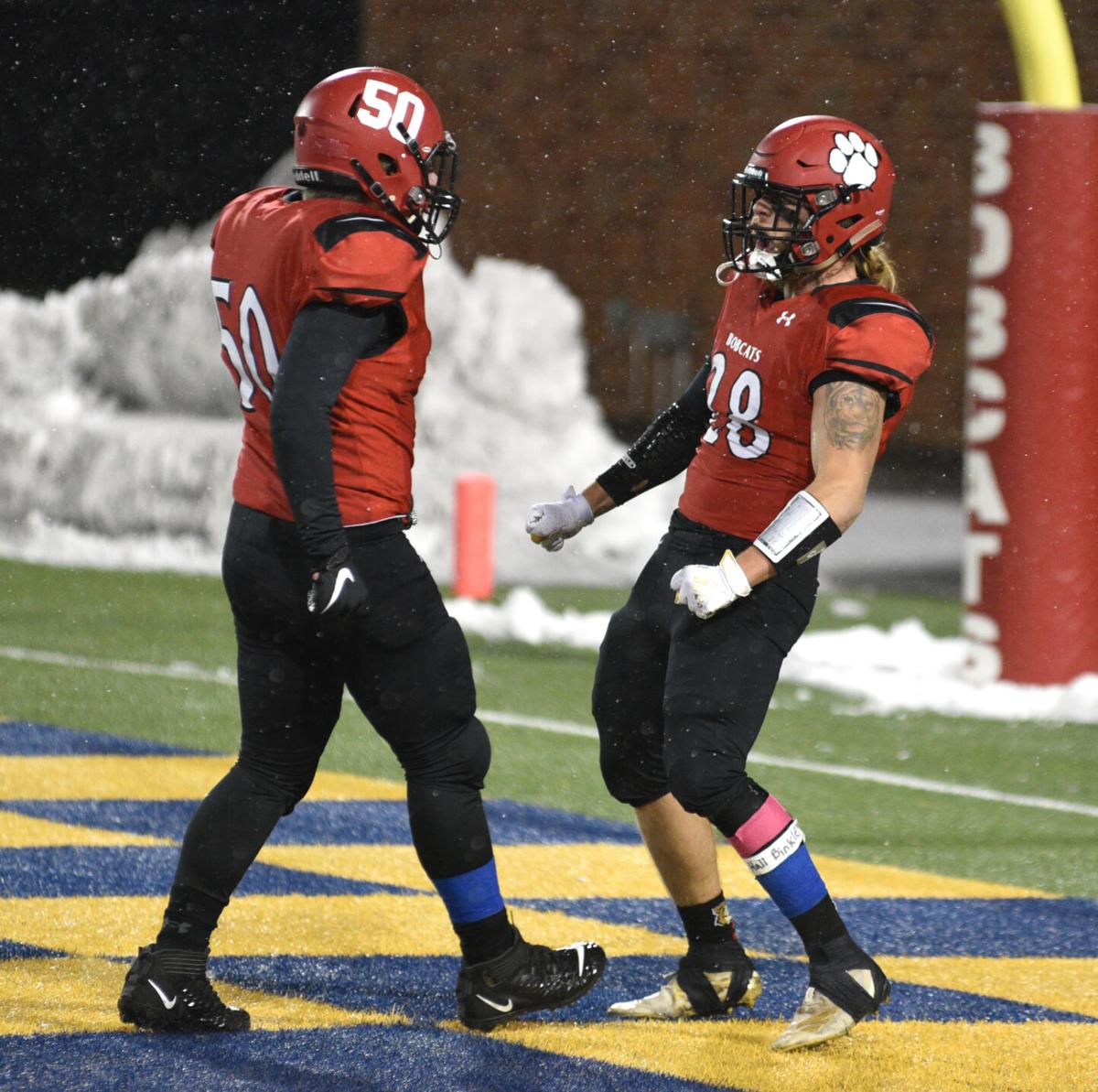 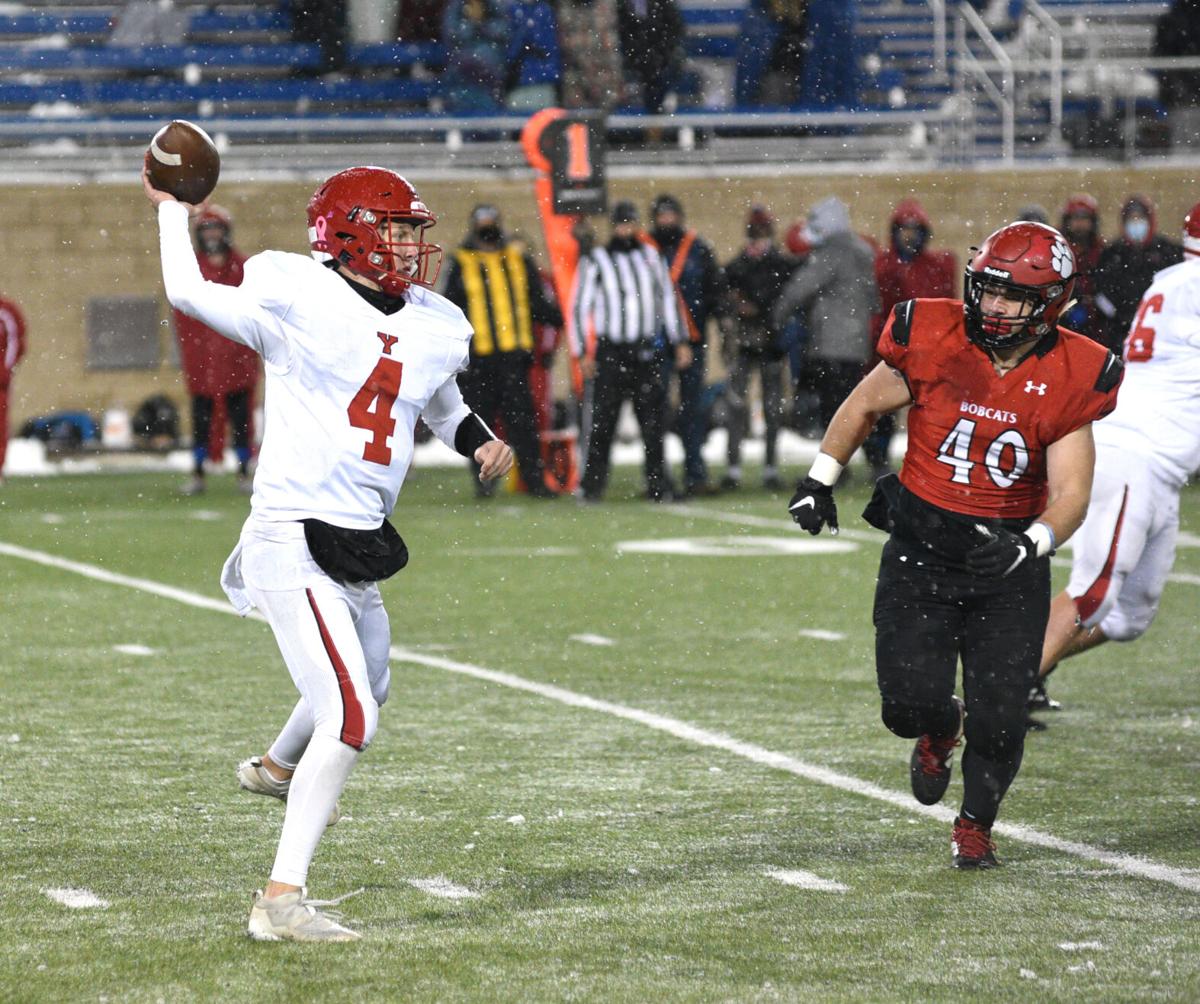 Broookings running back Josh Buri sprints through a huge hole for a 38-yard touchdown run during Thursday night's football game against Yankton at Dana J. Dykhouse Stadium in Brookings.

BROOKINGS — Surrounded by mounds of snow along the sidelines, the Yankton football team ran into a massive snowball effect on Thursday night.

As in, things got away from the Bucks in a hurry.

Brookings intercepted passes on five straight Yankton drives after halftime and turned six takeaways into 27 points on the way to a 41-0 shutout of the Bucks at snowy and cold Dana J. Dykhouse Stadium in Brookings.

Just about everything that could go wrong for the Bucks (8-1) in the second half went wrong.

“We maybe got too comfortable with how our season has gone, but we just couldn’t find any rhythm on offense,” head coach Brady Muth said.

“That starts up front. We made too many mistakes, and if you take those away, maybe it’s a close game.”

What it was, though, was a victory for Brookings (9-0), which captured the No. 1 seed for the upcoming Class 11AA playoffs. Yankton will be the No. 2 seed and will still get a home game in next Thursday’s opener.

After the Bobcats scored on the opening drive of the third quarter to build a 21-0 lead, their defense intercepted a pass on the next five Yankton series.

By the time the dust had settled midway through the fourth quarter, the damage had long been done.

Brookings standout running back Josh Buri rushed for 156 yards and three touchdowns, but the story Thursday was the defense. The Bobcats’ defense held Yankton to 90 yards, including a negative-12 yard performance on the ground.

“They’re a really physical football and are well-coached,” Muth said.

“We like to think we had a chip on our shoulder, but you could see Brookings really did.”

On the game’s opening drive, Buri scored on a 38-yard touchdown run at the 9:42 mark. Yankton fumbled on its second drive and the Bobcats turned that into a Jaxon Bowes 21-yard touchdown pass to Keegan Fields at the 3:17 mark.

That’s the way things stood — a 14-0 lead for the Bobcats — into halftime.

But that’s when things snowballed for Yankton.

On Yankton’s next drive, a Ryken pass was picked off by John Noordsy, and Buri scored on a 24-yard touchdown on the next play. That gave the Bobcats a 34-0 cushion.

The next drive for Yankton resulted in a Fitzgerald interception to Fixsen, the fourth straight takeaway by the Brookings defense.

On Yankton’s next series, a Ryken pass was intercepted by Max Struck and he returned it to the 1-yard line, where Fields then scored on a short run.

Bowes completed 9-of-16 passes for 136 yards and two scores in the victory.

For Yankton, Ryken completed 7-of-17 passes for 102 yards, with four of those completions going to junior Cameron Zahrbock for 69 yards. Sophomore Cody Oswald led the defense with nine tackles.

“We didn’t deserve to win this game with the way we played,” Muth said. “We have a lot to learn before next week.”

The Bucks will open the Class 11AA playoffs next Thursday night at home against Douglas at Crane-Youngworth Field. A kickoff time will be released later.