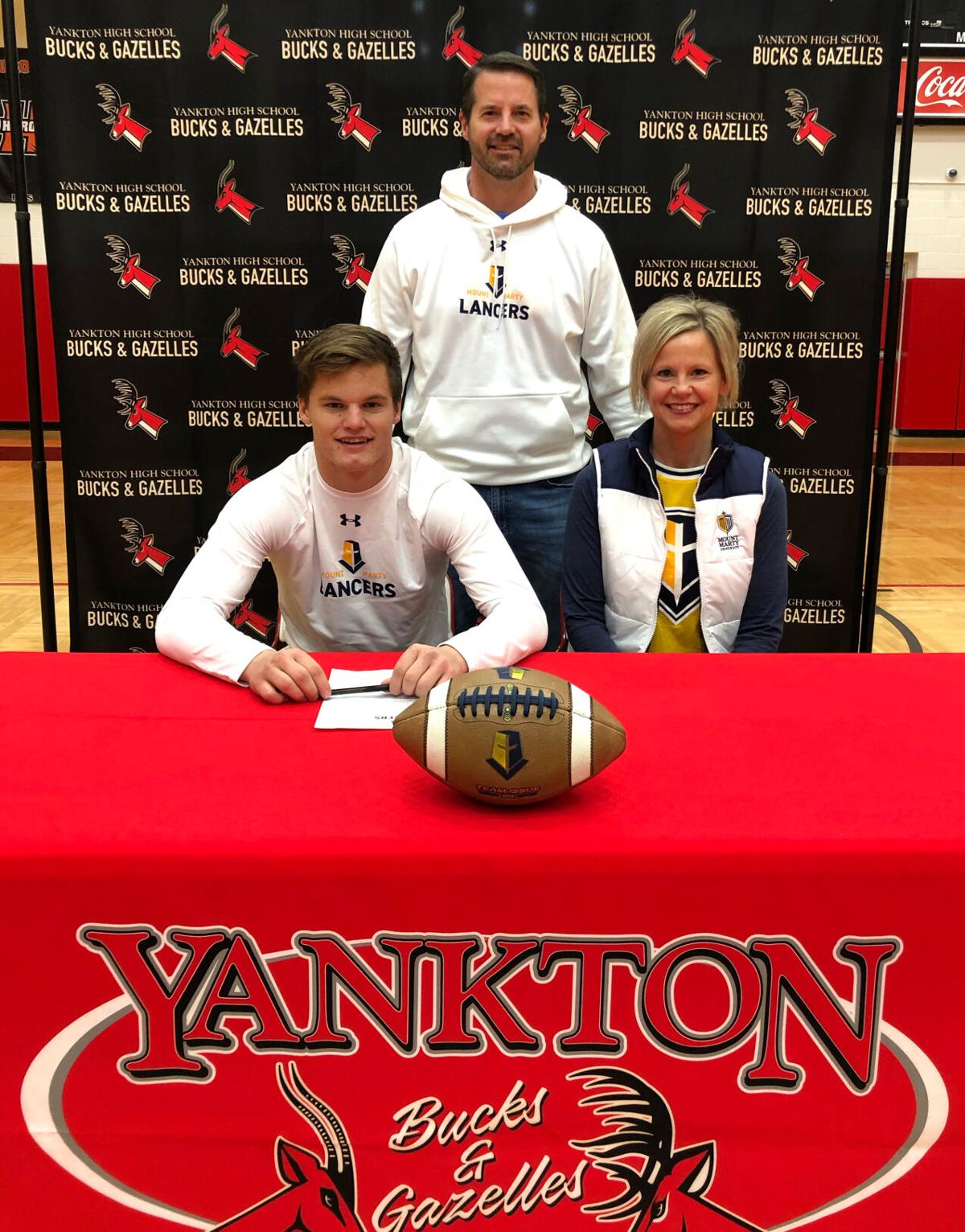 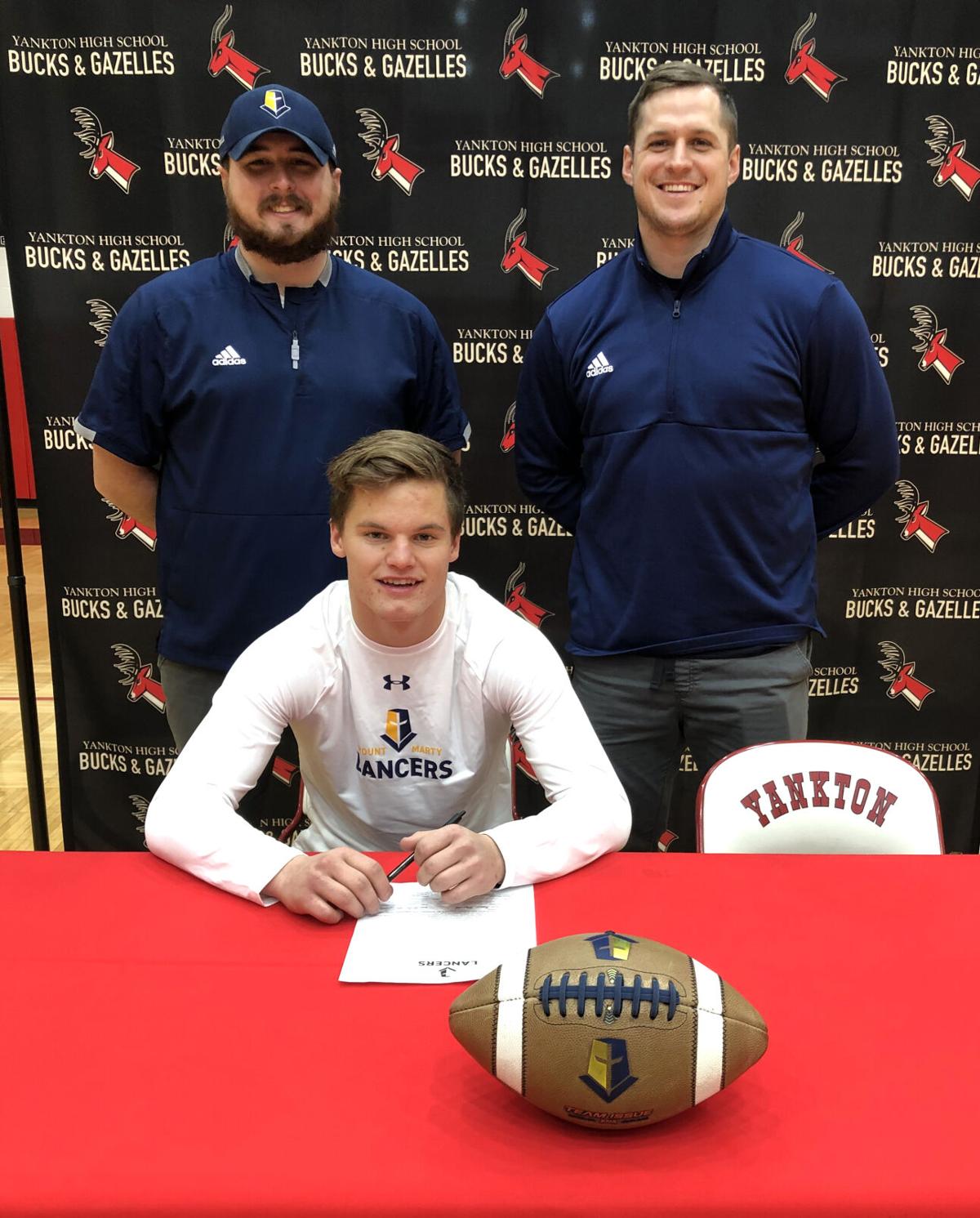 The combination of connections and prior success have landed the new Mount Marty University football program another local recruit.

Fitzgerald, a senior at Yankton High School, signed Thursday evening to attend Mount Marty and play football for the Lancers, who will make their debut next fall.

A do-it-all weapon for the Yankton football team, Fitzgerald said he ultimately chose Mount Marty — where he will get to reunite with four former teammates — over an opportunity at Northern State University.

“Once Corbin and Brodey committed, I just knew it was meant to be,” Fitzgerald said.

“I’ve been playing with them for a long time, and I was hoping it could translate to college.”

To that point, Fitzgerald brings an immediate offensive and special teams threat to the Lancers.

This fall as a quarterback for the Bucks, he passed for 586 yards and six touchdowns, but ran for 744 yards and 23 scores. He also returned a kickoff for a touchdown — something he also did twice as a junior.

Fitzgerald was also a starter on defense for Yankton and was named to the Class 11AA all-state team as a defensive back.

One of the other reasons he said he chose Mount Marty was the previous success of head coach Mike Woodley, who had built the football program at Grand View University (Iowa) from scratch into an NAIA powerhouse.

“I just believe in coach Woodley and what he did at Grand View. All of his work speaks for itself,” Fitzgerald said. “He’s built winning programs, and I think he can do it here.”

The idea of possibly playing football in college wasn’t something Fitzgerald said he seriously thought about until last year.

Fitzgerald also got an early look at Mount Marty’s football program during a public scrimmage on Oct. 17 at Westside Park. There, he and his teammates got to watch two of their former teammates, Rex Ryken and Justin Cap, take the field for the Lancers.

“When I saw that scrimmage and saw Rex and Cap out there, it was so cool,” Fitzgerald said.

The Mount Marty coaches, he added, talked to Fitzgerald about the 2021 recruiting class they were bringing in, and that he could fit in with the other multi-position athletes.

Fitzgerald was recruited as a true ‘athlete,’ meaning he could play on either side of the ball, and likely on kickoff and punt returns.

“I’m leaning toward offense, but I’m not sure yet,” he said.

The trio of Fitzgerald, Sohler and Peterson helped Yankton to a 9-2 record this season and a run to the Class 11AA semifinals. It was the leadership of the seniors that aided the Bucks’ success this season, Fitzgerald said.

“All of our seniors are great people and great leaders, and I feel like that played a huge factor,” he said.