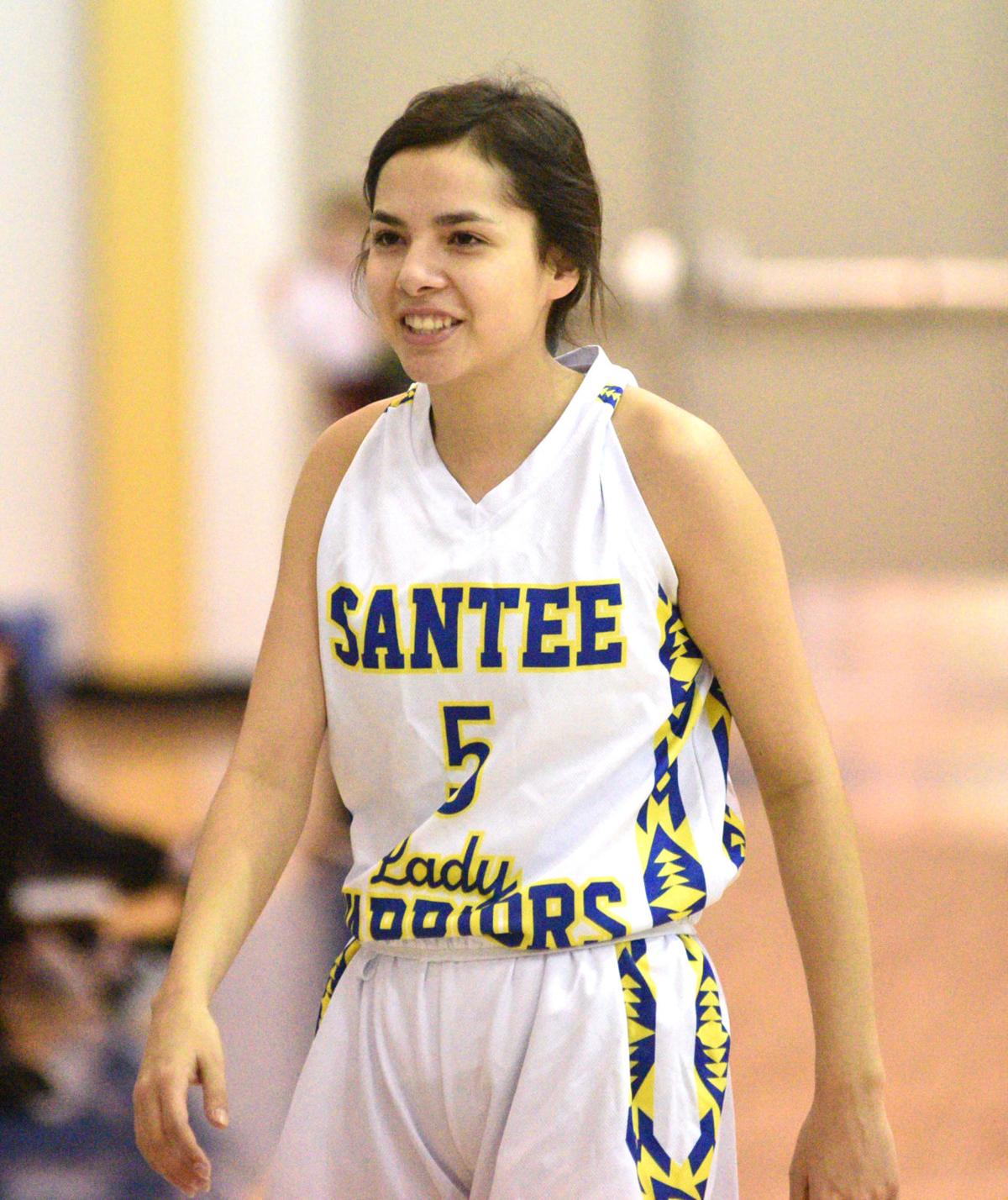 Santee senior Hannah Sheridan walks to the bench before a February game against Neligh-Oakdale in the Niobrara Valley Conference Tournament in Santee, Nebraska. 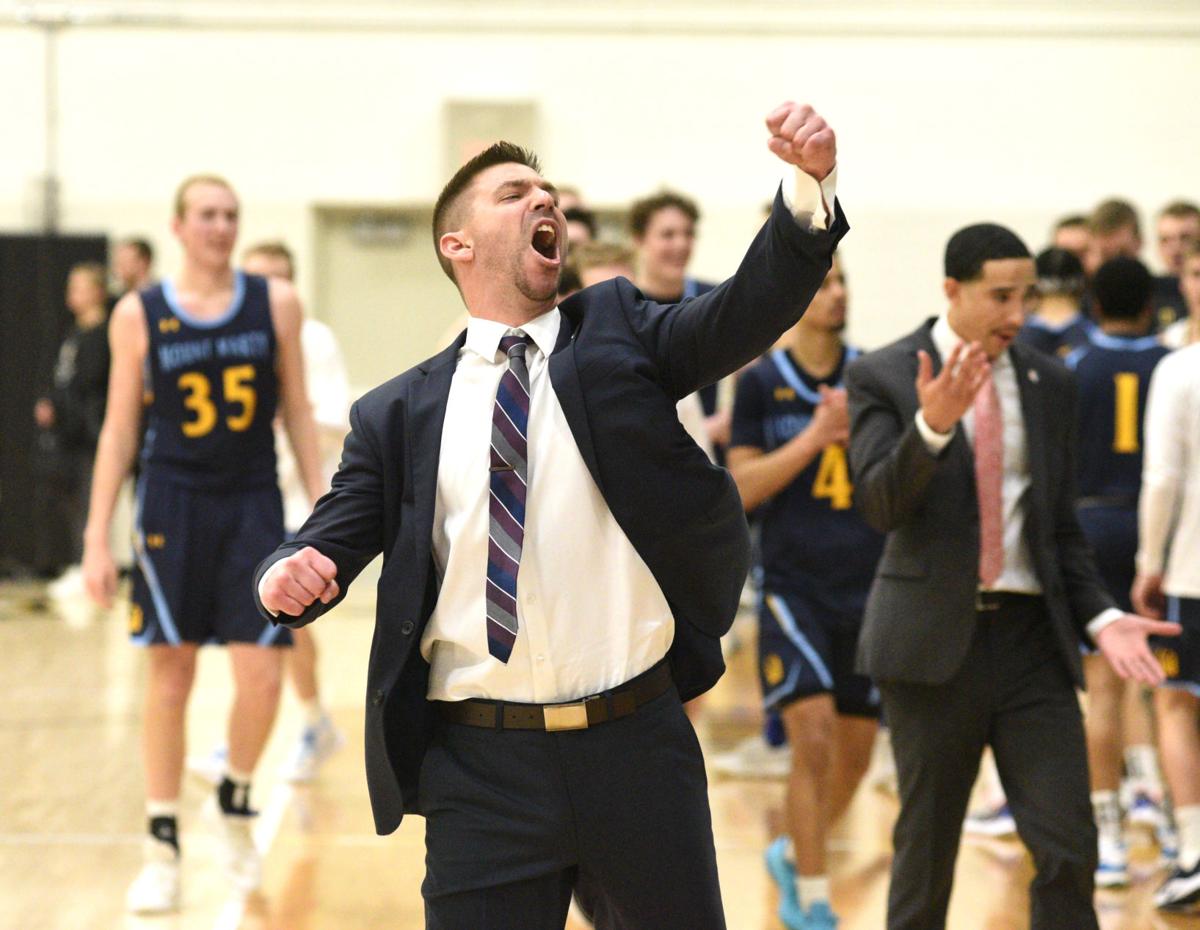 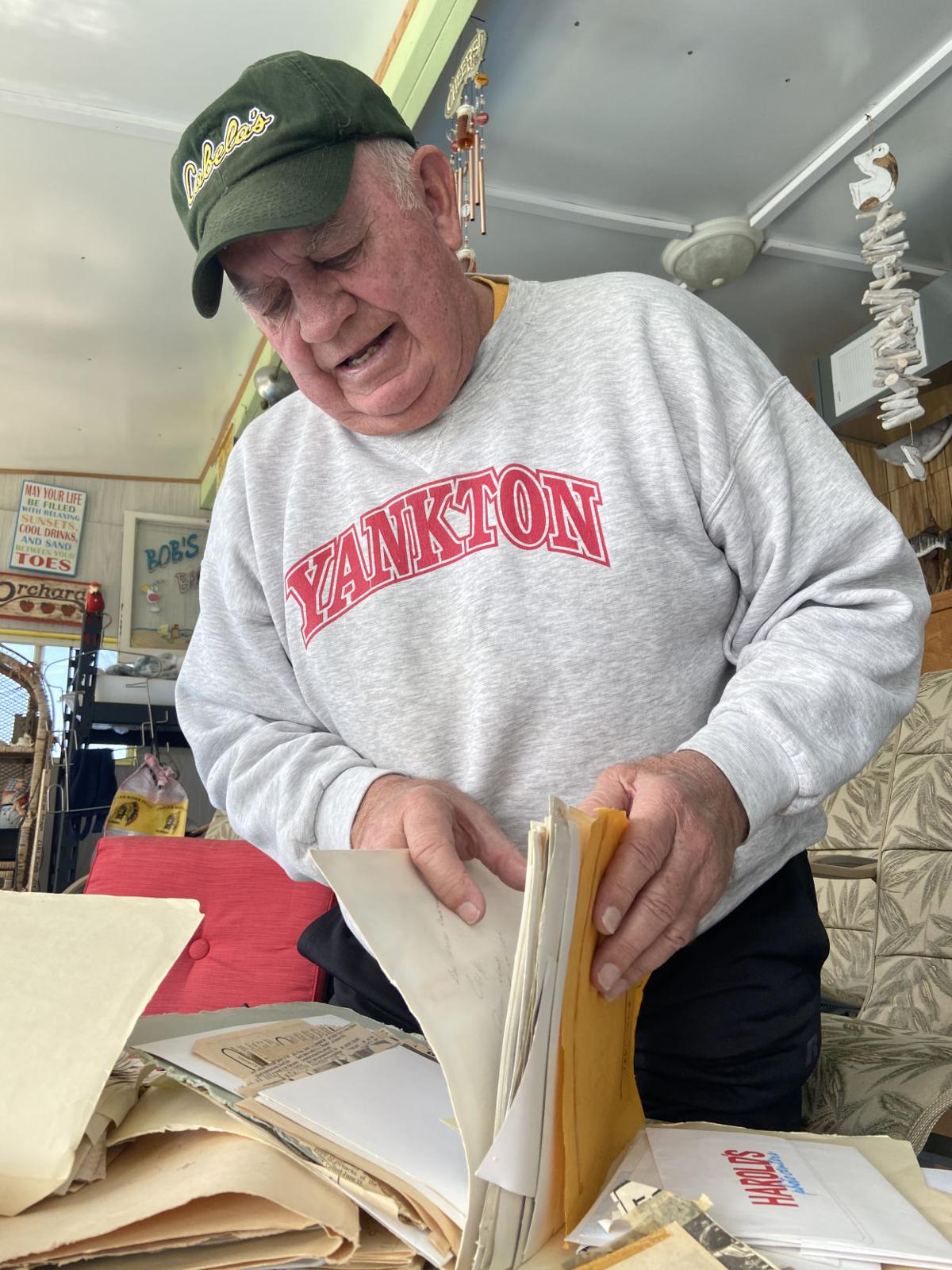 Santee senior Hannah Sheridan walks to the bench before a February game against Neligh-Oakdale in the Niobrara Valley Conference Tournament in Santee, Nebraska.

We welcome your exit. We celebrate your end. You’ve brought us nothing but misery, pain, frustration, loss, headache and uncertainty.

If there’s any kind of silver lining you’ve provided us — and we understand; it wasn’t entirely your fault — it’s been a new-found perspective.

Sports provides many of those moments.

It was all so unfair.

It wasn’t fair that the University of South Dakota women’s basketball team couldn’t compete in the NCAA Tournament — who knows, maybe the Coyotes could have won a game or two or three.

It wasn’t fair that the Yankton High School boys’ basketball team couldn’t compete in the Class AA state tournament — the Bucks were the No. 1 seed and had the best player in the state.

Nothing about this pandemic has been fair.

But we’ve learned how to manage. Life moves on, and we’ve all had to adapt.

That’s partly why it feels like 2020 has been more like five years than one. I often think of everything that happened before mid-March to have taken place in a whole other dimension. We had no idea what was coming. I can still vividly remember being in Lincoln, Nebraska, in early March for the state girls’ basketball tournament or being in Sioux Falls the following week for the Summit League basketball tournaments.

In thinking back on the year, I wanted to share some of my ‘favorites’ (experience, game, project, etc.) and share some of your ‘favorites.’ I posed the following question to my Twitter page the other day: What was the sports moment this year that made you smile?

I’ll start with mine and then share some of yours.

Trust me, any email a reporter receives that starts out with ‘Looking for a story?’ is going to be opened immediately.

It was from a former basketball coach in Santee, Nebraska, just across the river from Springfield, Neb. He was pitching me the idea of Hannah Sheridan, a girls’ basketball player in Santee who he said was a role model for the youth of Santee because of her dedication and college potential.

I drove down to Santee on a Saturday afternoon in February to spend time with Hannah and get to know her. I wanted to find out, who was this girl inspiring people?

It didn’t take me more than five minutes of being at the school to realize, this was a kid you wanted to root for. Hannah, who graduated in May, boasted a 3.84 grade point average while taking college courses and wanted to play college basketball — she later signed with Dakota Wesleyan University in Mitchell.

The first-year head men’s basketball coach had guided the Lancers to 19 wins and their first trip to the conference tournament in eight years.

Mount Marty was to open the GPAC Tournament at Dordt in Sioux Center, Iowa, and I made the trip over to provide full coverage. It turned out to be a wild game that Wednesday night.

The Lancers scored on a Jonah Larson layup with 2.1 seconds left to score a 75-74 victory, which at the time, saved Mount Marty’s season. It would have needed to likely win the GPAC Tournament, but the Lancers’ postseason run came to an end three days later to Dakota Wesleyan.

When it became obvious that our spring schedule at the Press & Dakotan was going to be suddenly very empty in the wake of the pandemic, I decided to finally tackle a project I’ve been eying for years.

Bob Winter, the former Yankton High School basketball coach and administrator, had been telling me for as long as I had known him about the basketball camps he used to hold in Yankton. Thousands and thousands of kids from across the region would spend weeks at those camps, Bob would say.

One afternoon in late March, I met with Bob at his boat house to talk about those camps for a story I wanted to write. Bob, as I realized, hadn’t thrown anyway anything. He kept everything, from camp flyers, to itineraries, to rosters, to photographs, newspaper clippings; everything.

One story became three. Over the next month, I interviewed probably 20 people, from former players to former coaches. The Bob Winter camps, as I discovered, were ahead of their time and truly did attract thousands of youth players.

Of the nearly 40 responses I received to my Twitter question about moments from 2020 that made people smile, these were some of those moments.

• Mike Henriksen: The chance for my grands to play baseball, when I could not watch them.

• Kelly Hertz: I’m a Mets fan. When the new billionaire owner held a Zoom session with fans last month, someone asked if he owned any team memorabilia. He got up, left the screen for a moment, then returned with the Bill Buckner ‘86 World Series baseball, autographed by Mookie Wilson.

• Heidi at Dakotafire (with a photo attached): My son, Erik Losure, pitched a no-hitter in Midgets! It was a feat that required good coaching + a team effort to score enough runs to end the game after 5 innings (the league limit for one pitcher). 6/23/20

• Colby Kuchta: Coyote women comeback win in the Summit tourney over the Jacks. Seems like that was years ago. Things really got crazy just a couple days after that game.

• Sharon Boysen: Watching my granddaughter perform a near perfect (in my opinion) gymnastic bar and beam routines. I was able to watch via the high school live streaming. Not the same as being in the gym but better than not seeing it at all.

• Ryan Beier: State HS scocer finals in Huron. One of the first fully completed seasons for the fall.

• Jim Larsen: When the boy from Platte Geddes got out of wheelchair and scored a TD.

• Chad Vetter: My son’s football team playing in a state championship game in 9A. 8 seniors that were truly together for the betterment of the team and winning!

• John Krogstrand: (my made me smile moment): We wrap fall sports with state volleyball just before Thanksgiving. A couple of teams stayed over in Watertown after Saturday night’s games. After everything we went through, and feeling a huge sense of relief, the highlight of the night was when a couple of those teams including one who just lost the state championship match, gathered in one of the ballrooms at the team hotel to have a dance off with each other. At the end of the day, they had a chacne to be just kids and it was absolutely magical seeing kids just being able to be kids and enjoy life a little bit. Thanks again to everyone who helped make our fall seasons happen and all those that are helping us push froward with winter sports so moments like those can happen for South Dakota’s kids!

• Brian Haenchen: Trevor Zuehlke being named Britton Hecla’s homecoming king (and team captain), then getting on the field for one last play at the end of the season.

• John Boehnke (my brother-in-law): Being able to watch Talon, my nephew, play little league this summer? Watching him gain confidence in himself and no matter what, he always said he was having fun!

As many of our readers may know, Jeremy Hoeck and I have worked together for a long time. Because of this, we tend to play off each other’s id…