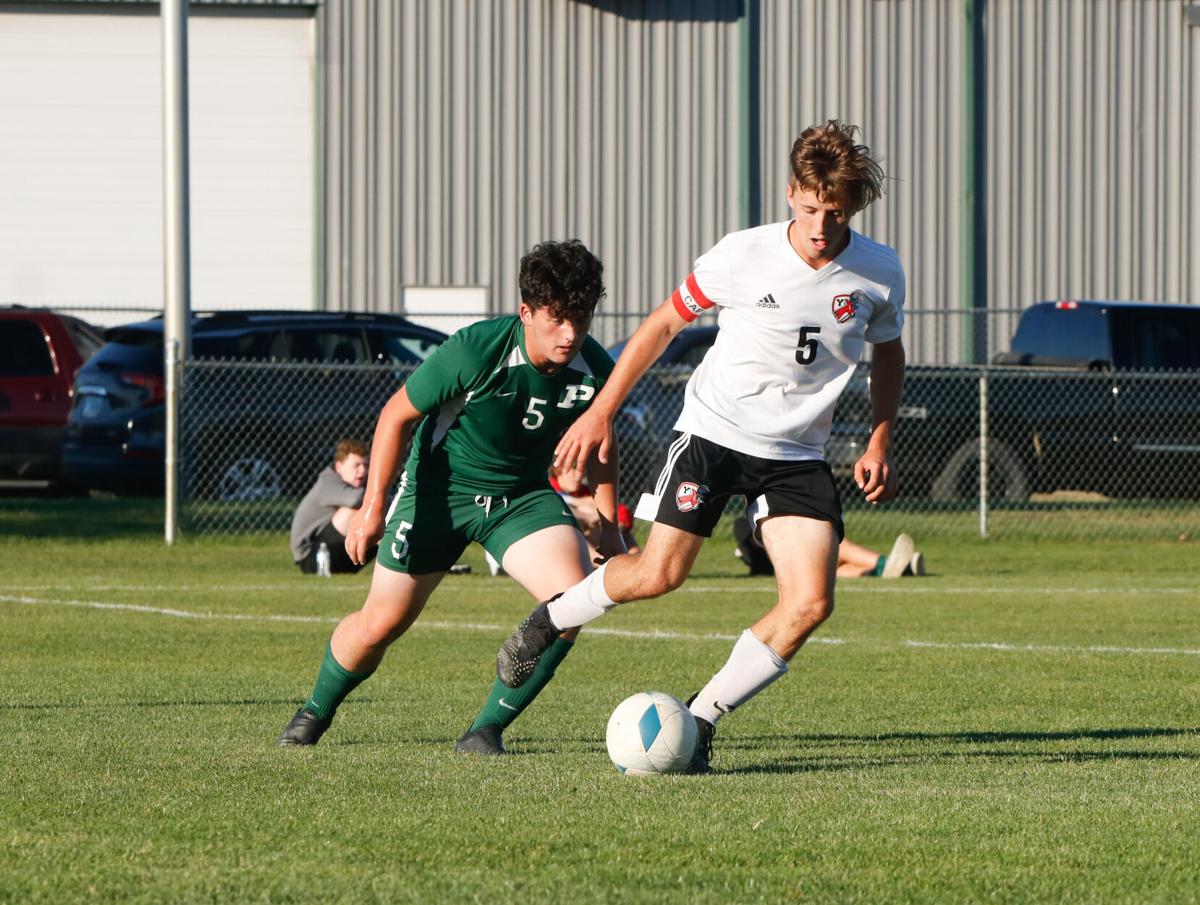 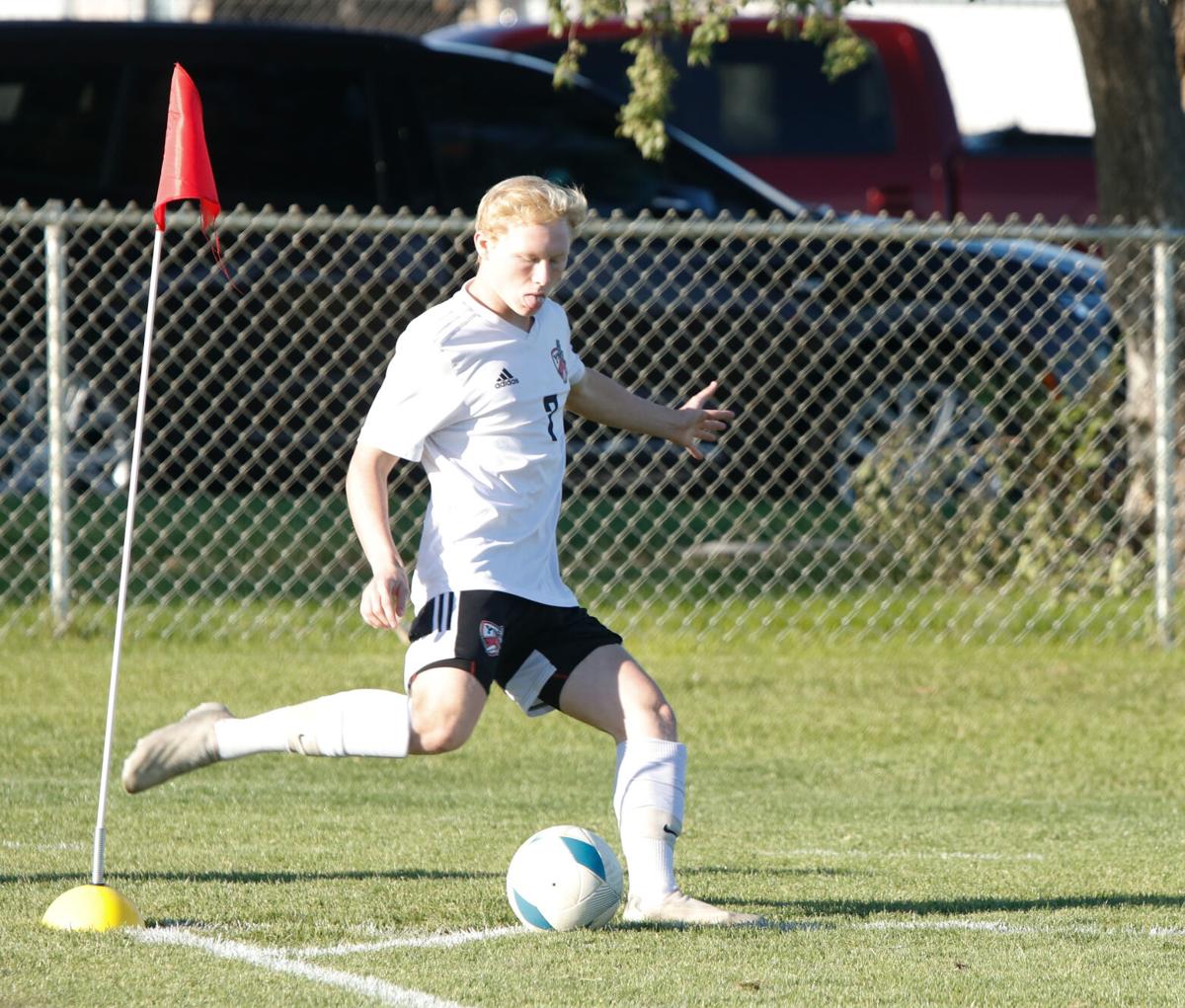 Yankton's Ethan Yasat kicks the ball on a corner kick to set up Yankton's first goal against Pierre in a game at the PILC Soccer Fields in Pierre on Tuesday.

Yankton's Ethan Yasat kicks the ball on a corner kick to set up Yankton's first goal against Pierre in a game at the PILC Soccer Fields in Pierre on Tuesday.

PIERRE — The Yankton Bucks put themselves in position for a shot at a share of the Eastern South Dakota Conference boys’ soccer title with a 5-0 shutout of Pierre on Tuesday.

Gage Becker had a goal and two assists for Yankton. Braylen Bietz, Zach Hebda, Alex Nockels and Brady Blum also scored for the Bucks. Ethan Yasat and Gavin Fortner each had an assist.

Defensively, Zach Loest stopped six shots in eighth shutout of the season. The Yankton defense has not allowed a goal since its 1-0 loss to Brandon Valley on Sept. 7 and has only allowed four goals in 11 matches this season.

Yankton (9-1-1) will take a 6-1 ESD record into Saturday’s home matchup against Aberdeen Central (9-1, 6-0 ESD). If the Bucks win that match, they will clinch a share of the league title.

Ryker Heinz, Simon Schulz, Sam Huber and Blum each scored for Yankton. Damian Olson and Drew Newman each had an assist.

Defensively, Patrick Gurney made five saves in goal for the Bucks.