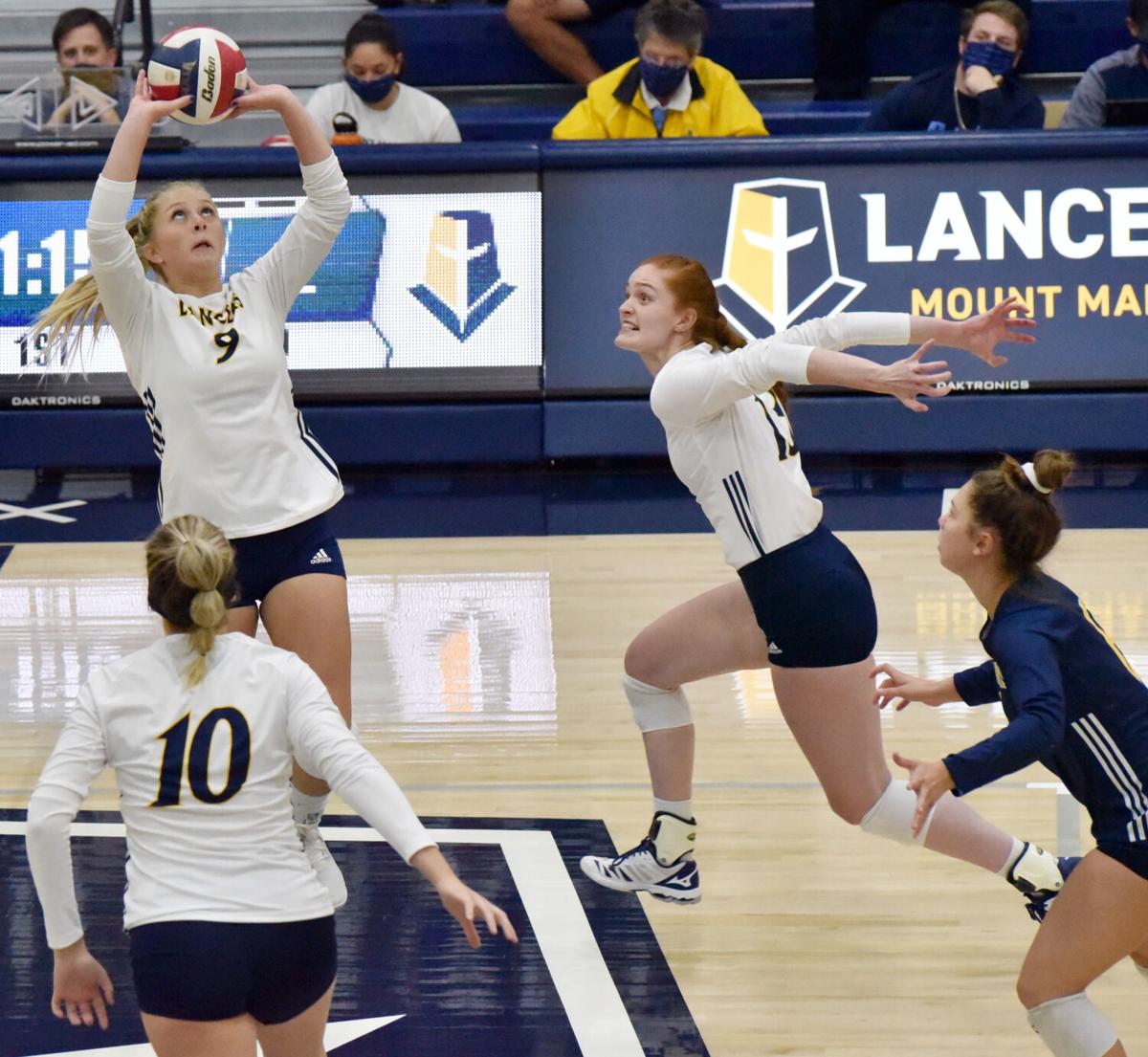 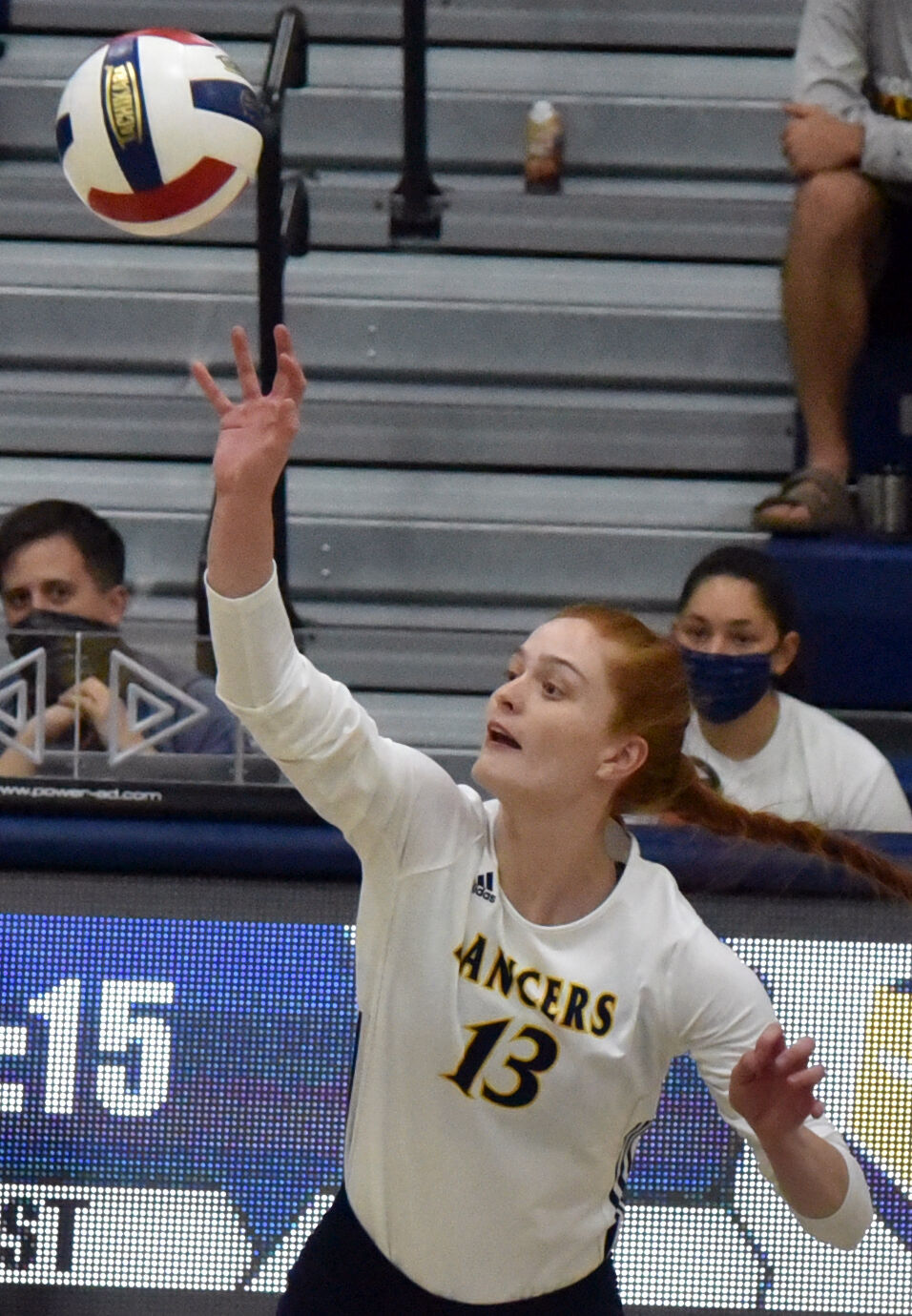 Mount Marty's Mikaela Ahrendt tries to tip the ball over a College of Saint Mary block during the Lancers' Great Plains Athletic Conference volleyball match against the Flames on Wednesday at Laddie E. Cimpl Arena. 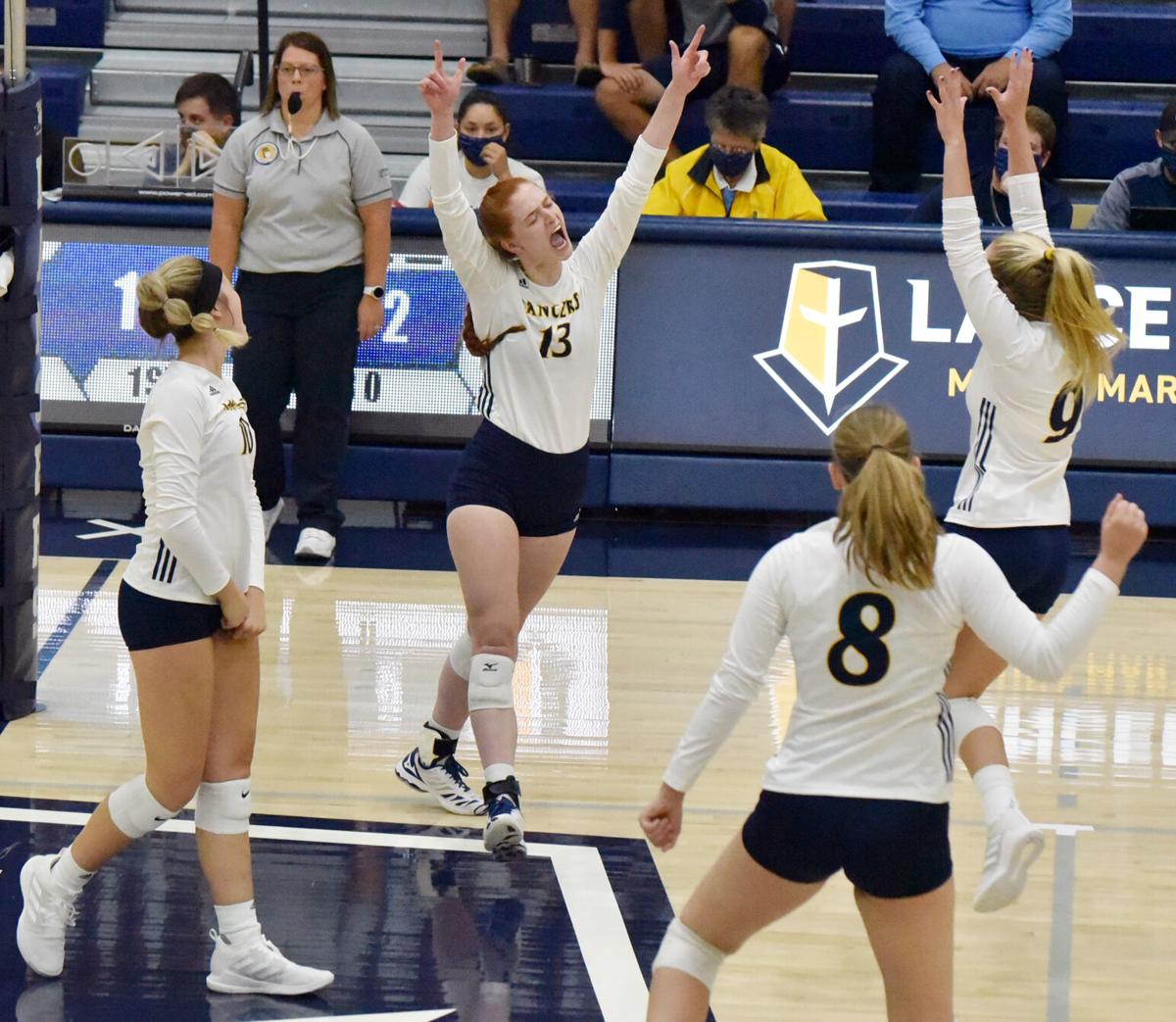 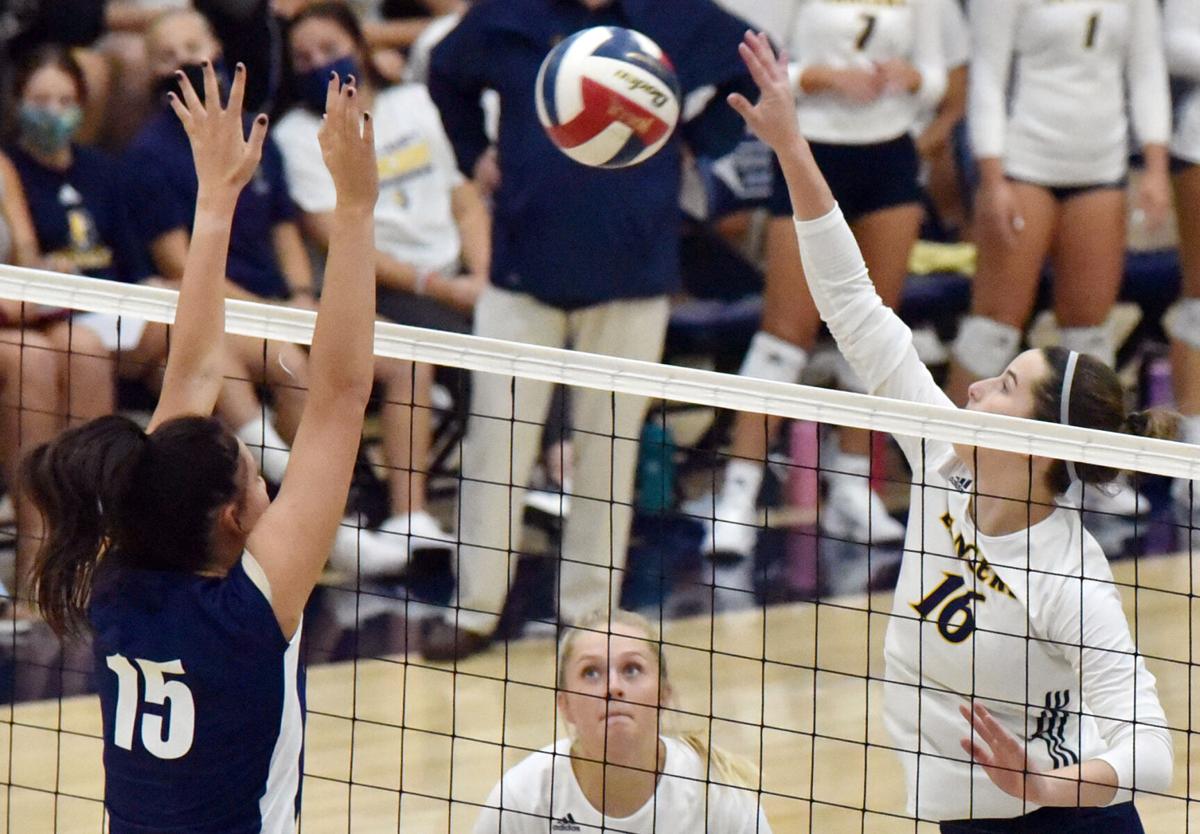 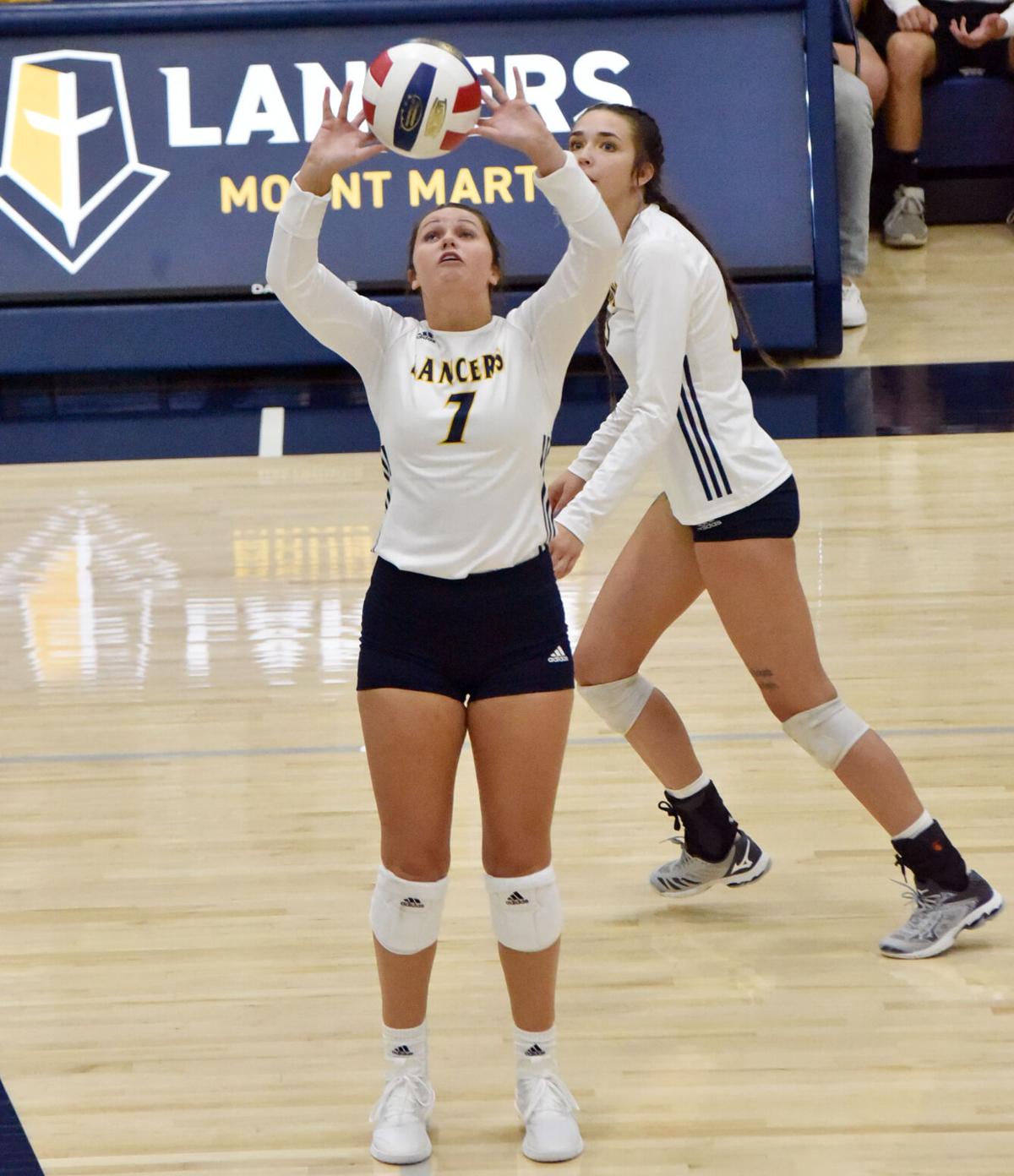 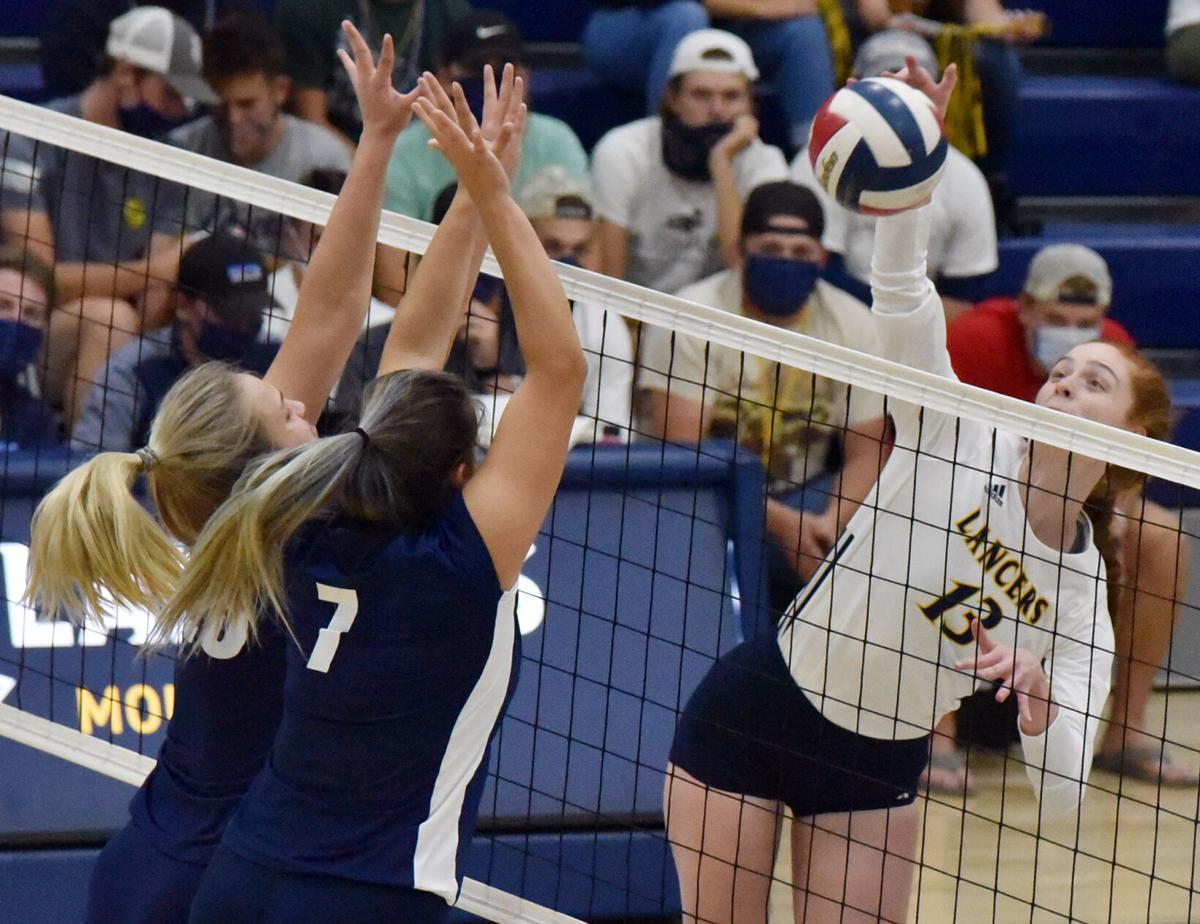 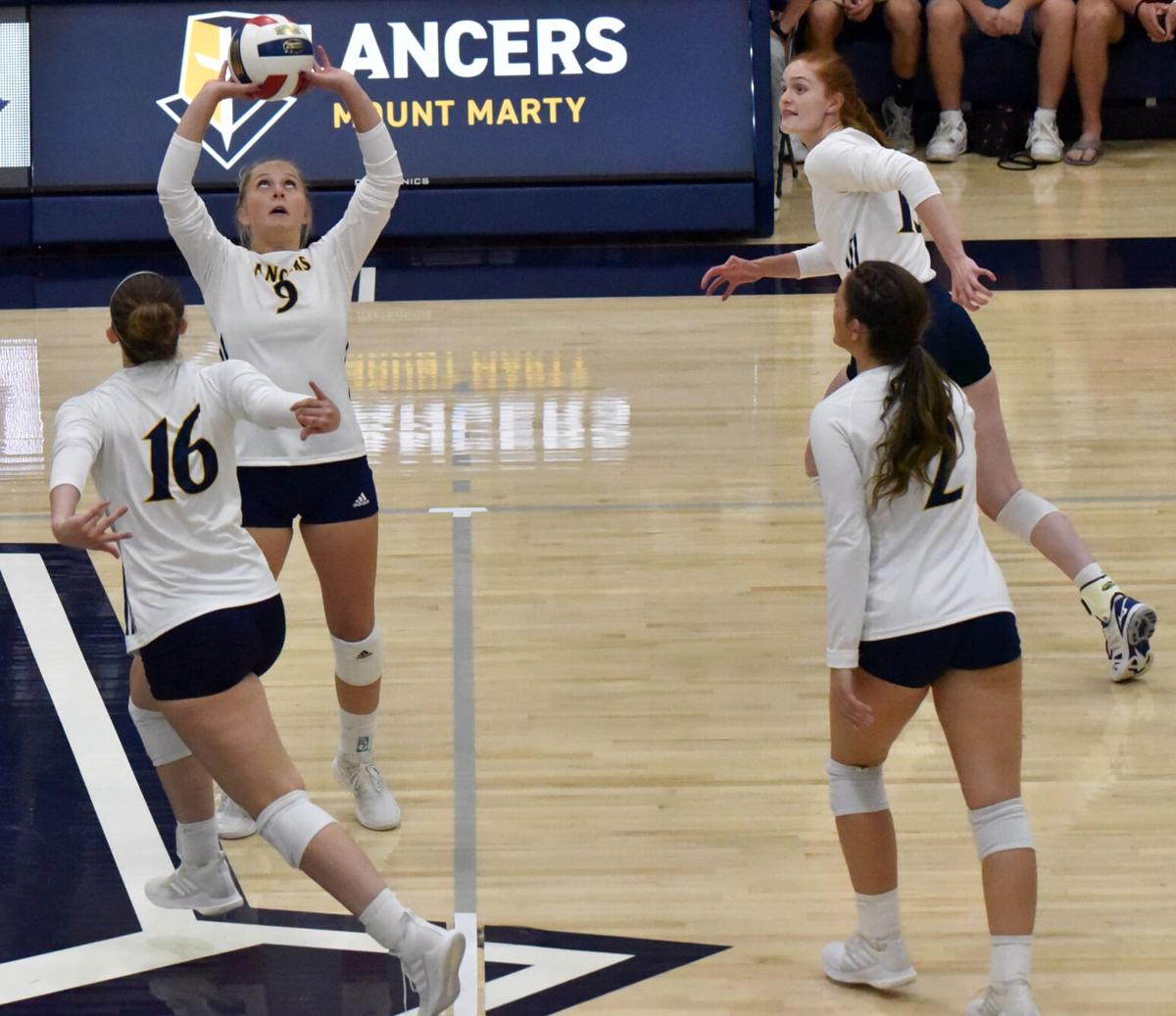 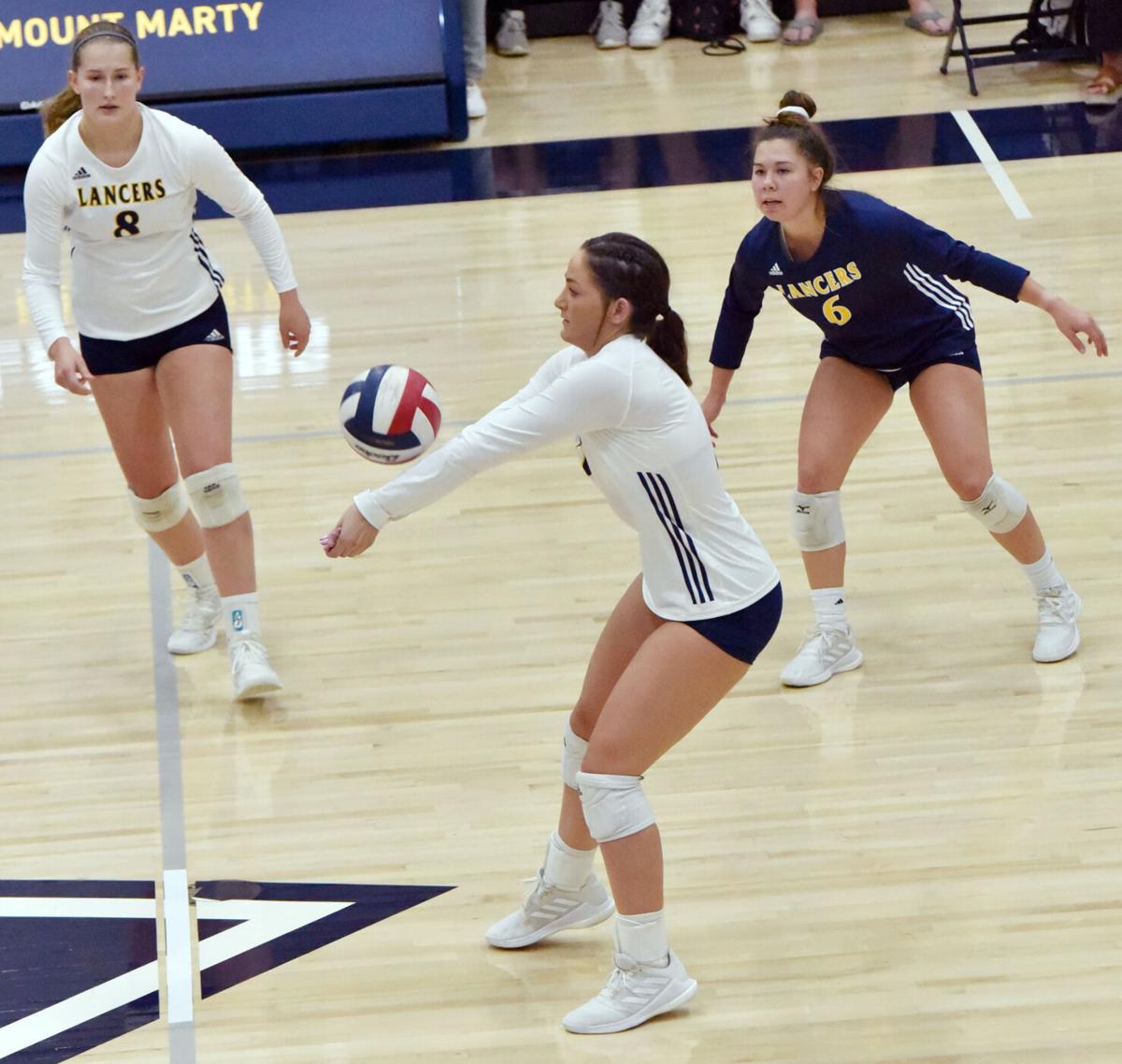 Mount Marty's Mikaela Ahrendt tries to tip the ball over a College of Saint Mary block during the Lancers' Great Plains Athletic Conference volleyball match against the Flames on Wednesday at Laddie E. Cimpl Arena.

Life can be tough in the Great Plains Athletic Conference.

The Mount Marty University volleyball program knows that all too well.

“We have one of the hardest conferences in the country,” sophomore setter Amber Miller said.

It’s been three years since the Lancers won a league match, and Wednesday night they saw up close a program that proved a quick rise is certainly possible in the GPAC.

A year ago, College of Saint Mary vaulted into the top-25, advanced all the way to the finals of the GPAC tournament and qualified for the NAIA National Tournament.

In other words, the Flames rapidly turned a corner.

“They were a nationally ranked team that was in the middle of the pack in our conference, that tells you how tough our league is,” Mount Marty head coach Frank Hebenstreit said.

To that exact point, CSM hit .323 with only 11 attack errors in Wednesday night’s victory. Elizabeth Dlouhy and Makenna Freeman, both of whom present length issues at the net, each tallied 10 kills.

The final scores may have been lopsided, but the Lancers felt like there were spurts where they showed potential against a tough team, Hebenstreit said.

“I thought we played, at times, pretty even with them, but they just don’t have those times where they make those errors,” he said.

That was even something the Lancers talked about during a timeout in the match, Hebenstreit added.

“They’re not a team that will beat themselves,” he said. “Those top kinds of teams are like that.”

The defeat extended Mount Marty’s conference losing streak to 45, dating back to the 2017 season.

Consistently matched up with GPAC teams that boast height advantages over Mount Marty, the Lancers haven’t let that bother them, according to Miller.

“We’re a smaller team, but we don’t see that as a weakness,” said the Tilden, Nebraska, native.

Instead, the Lancers embrace the challenge of finding ways to counteract opposing teams’ strengths, she added.

“We like to play fast and work hard, so that’s what we always try to use,” Miller said.

Piece by piece, the Lancers are hoping to reach a point where they can knock off one of those GPAC opponents, according to Hebenstreit.

“I think we’re getting closer in the firepower on offense in certain spots,” he said. “We’re not totally there yet, but we’re on the way.”

The Lancers, their coach added, will keep fighting for that first GPAC victory.

“If it can happen once, I think they’ll believe that it can keep happening,” Hebenstreit said.