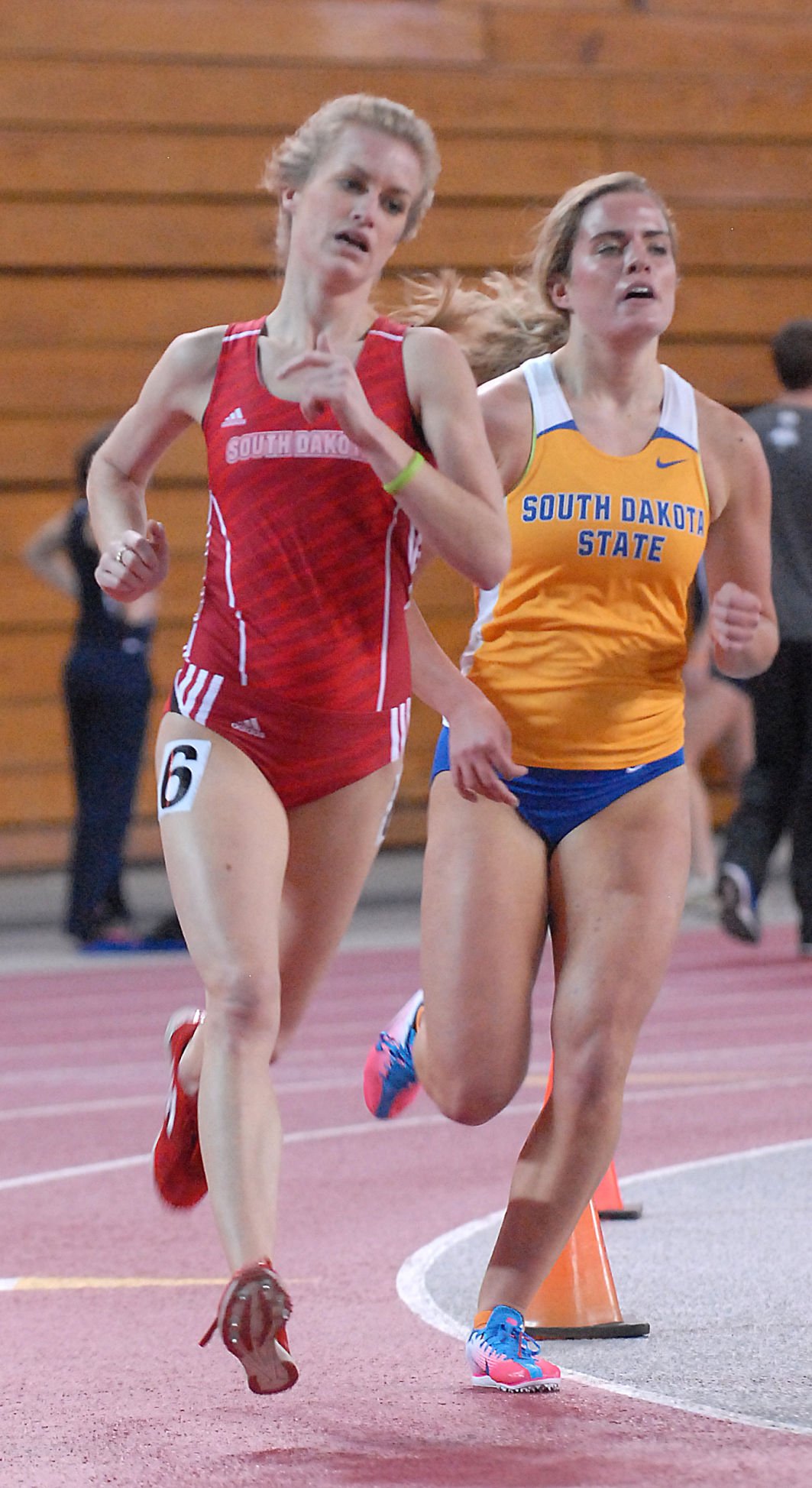 Former University of South Dakota and Yankton High School runner Megan Hilson (in red) is one of several former Coyotes competing in the 2017 Boston Marathon on Monday. 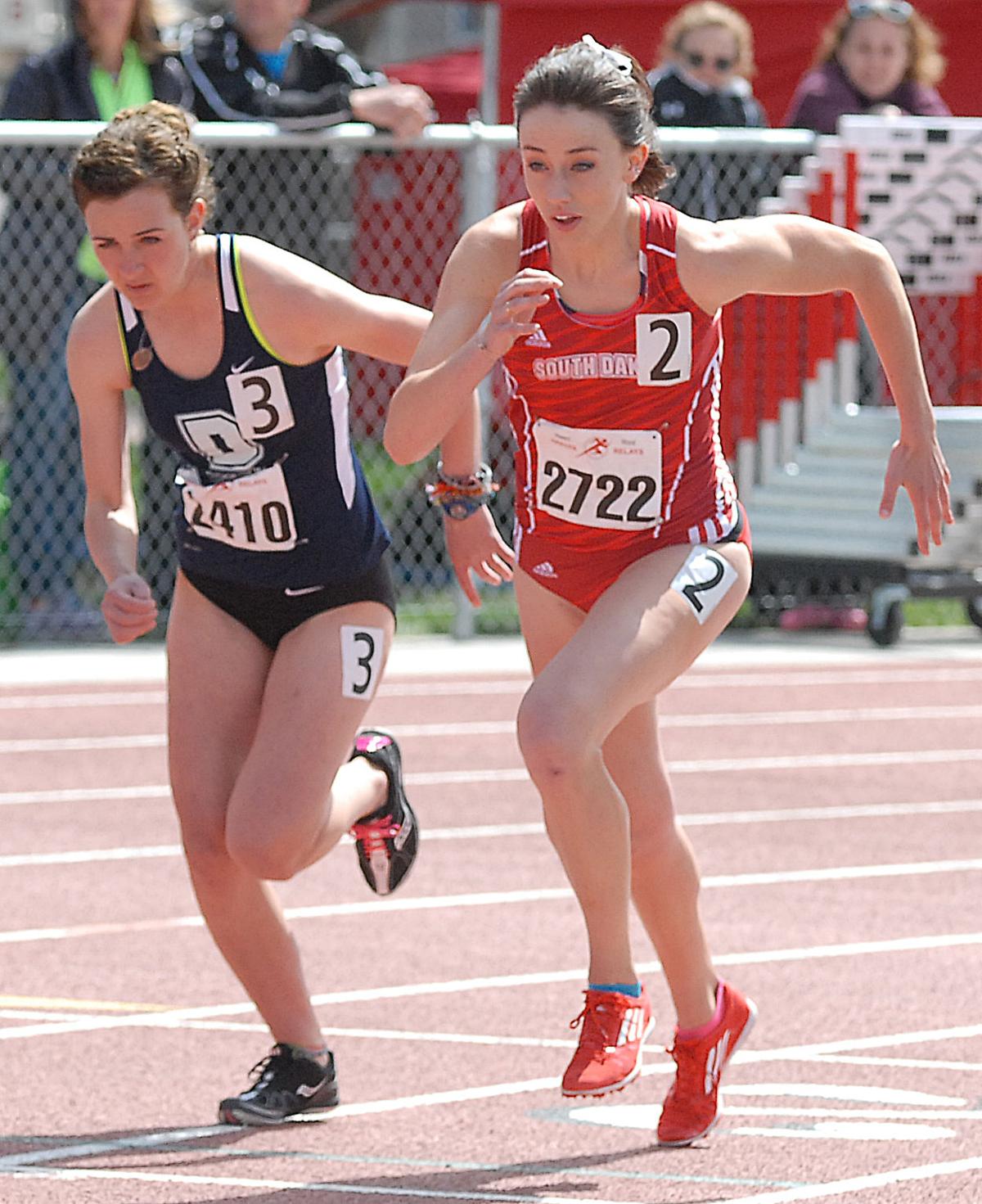 Former University of South Dakota and Yankton High School runner Megan Hilson (in red) is one of several former Coyotes competing in the 2017 Boston Marathon on Monday.

As she sat in her hotel room in Boston on Friday afternoon, Megan Hilson couldn’t help but rave about the opportunity she’s facing.

The Yankton native can vividly remember watching the Boston Marathon on TV. Wouldn’t it be cool to run in that, she remembers telling herself.

“The Boston Marathon is so iconic in American athletics, and even all over the world,” Hilson said Friday.

Now she’ll have that chance.

Hilson, along with two friends and former teammates at the University of South Dakota (Wagner native Jilanne Doom and Ali Gress), will be competing in the prestigious marathon next Monday.

And for the record, yes, the trio plan to wear Coyote gear during the race.

“Jilanne and Ali and I have run a lot of miles together, so to be able to be there with them is so cool,” Hilson said.

A 2010 Yankton High School graduate, Hilson had actually run a Boston qualifying time in the fall of 2015, but registration for the 2016 event had already been closed.

That meant she had to wait an extra year.

Hilson — who is working on her doctorate in Occupational Therapy at USD — has spent the past 18 weeks training for the day she could run with her friends in Boston.

“Now it’s already here,” Hilson said. “It really snuck up on us.”

Gress and Doom run in the Boston Marathon last year, but the duo freely admitted at the time that they were anxious for 2017 when Hilson would be joining them.

“It’s exciting, just because we ran for four years together, and now we get to run Boston together,” Gress, a Bellevue, Nebraska native, said Friday.

“It’ll be nice to have a friend to run with.”

Although her last college track meet was three years ago, Hilson has found plenty to keep her busy. But yes, she’ll tell you, running remains part of her life — particularly these last 18 weeks during training regimen.

“This was a little different than the last time I trained for a marathon,” Hilson said, with a chuckle.

Yoga, of all things, has become part of her routine.

Of the three, Doom has been training at a higher level — the Wagner High School graduate wants to qualify for the New York City marathon.

The three friends will start the race in the same group, but Hilson and Gress joked that they wouldn’t be surprised if Doom quickly leaves them in the dust.

“I think we’ll all start together, but she might be ahead of us,” Gress said with a chuckle. “She’s been training at a faster pace, so we’ll see how it goes.”

That’s their goal, though, Hilson said: They want to help their friend qualify for the next major event.

“Running 14 miles in an inch of snow in March isn’t as much fun if you’re doing it just for yourself,” Hilson said. “Hopefully the three of us combined can make something awesome happen for her.”

All those 18-mile runs — mostly alone — in preparation for Boston can never really prepare a person for what they experience when they finally arrive in Boston, according to Hilson.

She and Gress picked up their race bibs on Friday, and seeing the actual race location helped the realization sink in: It’s for real.

“As runners, you forget what an accomplishment it is,” Hilson said. “We know so many people who have done it that you forget how special it is.”

Gress and Doom would be among those who have experienced the Boston Marathon, and as they likely have told Hilson, it’s something they’ll never forget.

“Last year was my first time, and I just loved it,” said Gress, who teaches at Omaha Burke High School.

“There’s no other marathon that has that atmosphere, with people cheering everyone on the whole way.”

“I’m just trying to enjoy it and take it all in,” she said. “I’ve been so busy for school that I haven’t had a lot of time to process it.”

To that point, she said she can only miss one day of school in her specific program at USD, so she’s using Monday as that one day.