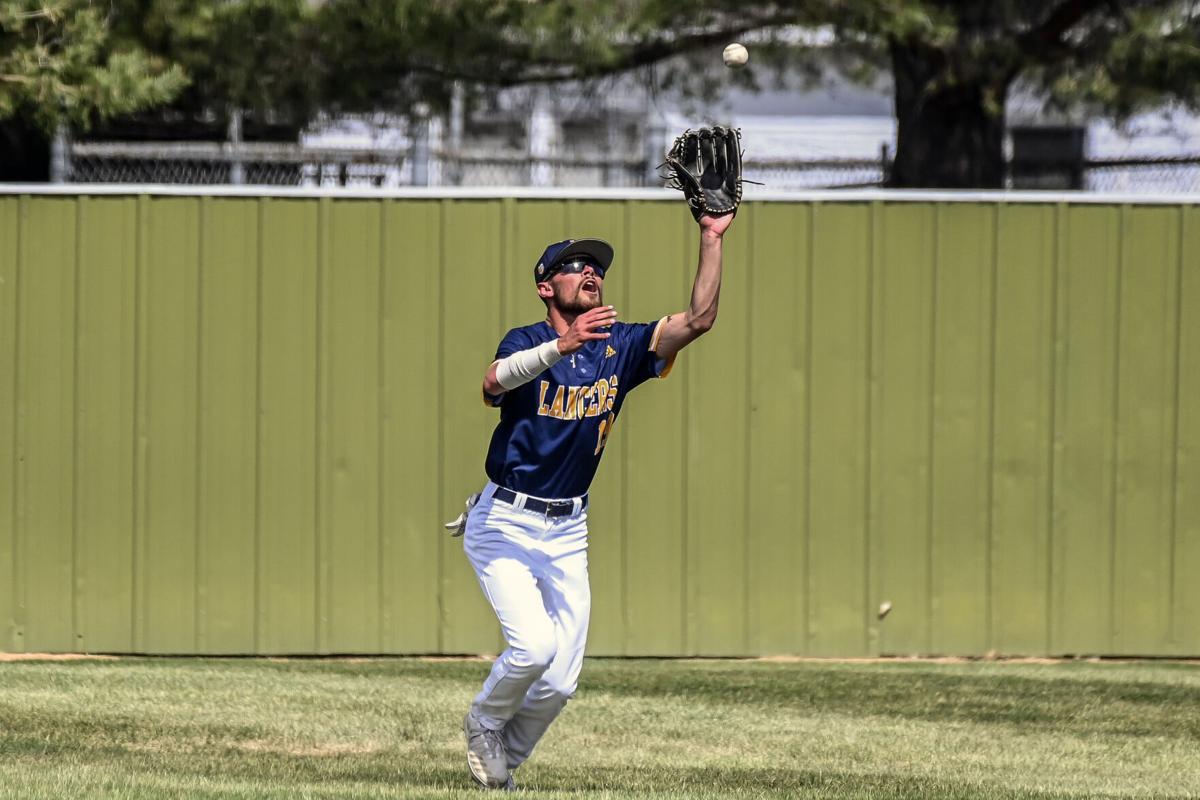 Mount Marty's David Richardson fields a fly ball into center during a game against Dakota Wesleyan on Saturday at Cadwell Park in Mitchell. 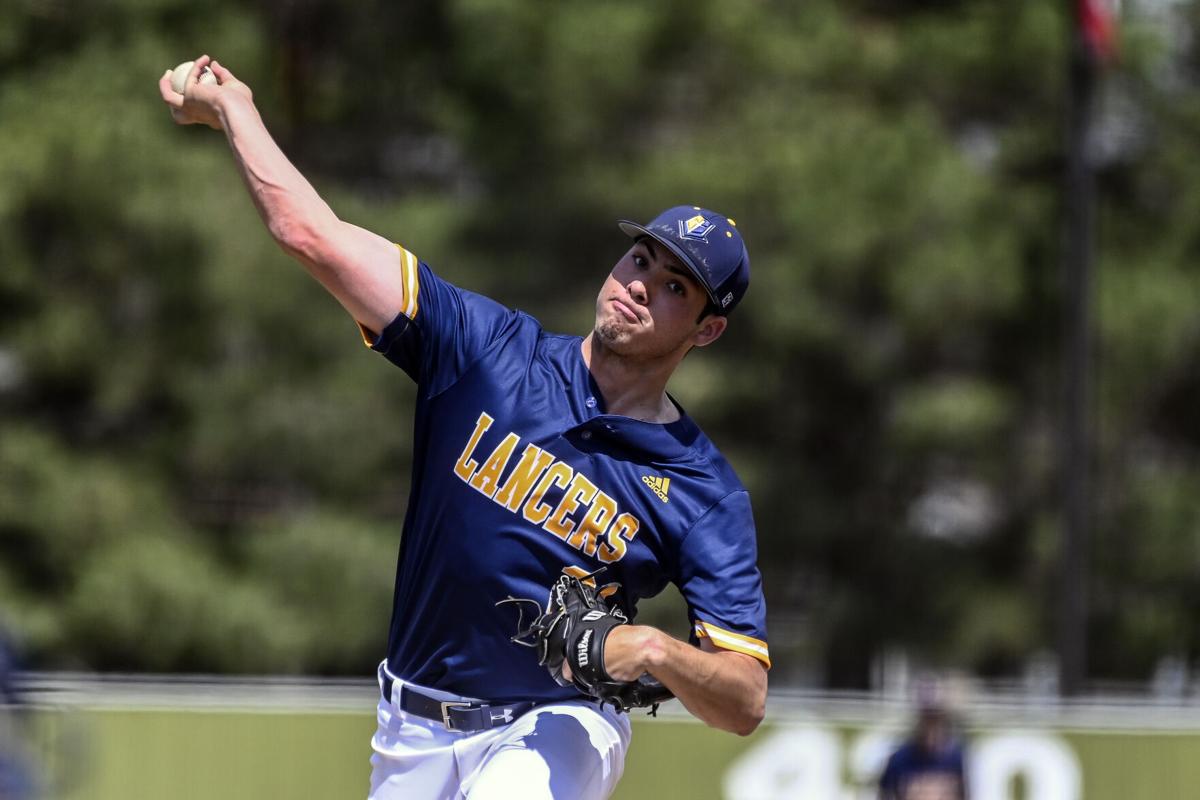 Mount Marty's Dylan Nicholson pitches during a game against Dakota Wesleyan on Saturday at Cadwell Park in Mitchell.

Mount Marty's David Richardson fields a fly ball into center during a game against Dakota Wesleyan on Saturday at Cadwell Park in Mitchell.

Mount Marty's Dylan Nicholson pitches during a game against Dakota Wesleyan on Saturday at Cadwell Park in Mitchell.

MITCHELL — For the second straight day, the Mount Marty University baseball team pounded out over 20 hits — including having a player hit for the cycle — in one end of a Great Plains Athletic Conference doubleheader, but struggled to score in the other half of a doubleheader split. The Lancers lost the opener 11-1 and won the nightcap 18-8 in eight innings against Dakota Wesleyan, Saturday in Mitchell.

In the nightcap, Josh Roemen became the second Lancer in as many days to hit for the cycle (hitting a single, double, triple and home run in the same game). He finished 4-for-6 with five runs scored.

Roemen’s home run was his 10th of the season, joining teammates Billy Hancock (15) and Caid Koletzky (12) with double-digit homers on the season.

Hancock hit for the cycle in the first game of the Lancers’ doubleheader at Northwestern on Friday.

Koletzky also had three extra-base hits, a triple and two doubles. Mason Townsend went 3-for-5 with a home run and four RBI. Julito Fazzini doubled and singled. Colin Muth and Jet Weber each had two hits. Nick Martinez had a pinch-hit home run, David Richardson tripled and Cole Anderson added a hit in the victory.

Drew DeMers went 2-for-5 with a home run for DWU. Luke LeMay doubled and singled. Daulton Wilcoxen also had two hits for the Tigers.

Jared Bell earned his first win of the season, striking out three in 3 1/3 innings of relief. Patrick Starr took the loss, giving up the first nine runs.

Demers went 4-for-4 with a double to lead DWU to victory in the opener.

Cameron Quigley went 3-for-4 with a home run for the Tigers. LeMay doubled and singled, Cole Hellie had two hits, and Tyler Torres doubled in the win.

Townsend went 3-for-3 for Mount Marty. Koletzky doubled and singled. Roemen and Muth each had a hit.

Ethan Davis went the distance in the seven-inning contest, striking out five, for the win. Dylan Nicholson took the loss, striking out four in four innings of work.

Mount Marty, 29-17, finished GPAC play with a 16-11 record. Pairings for the GPAC tournament will be announced later today (Sunday).