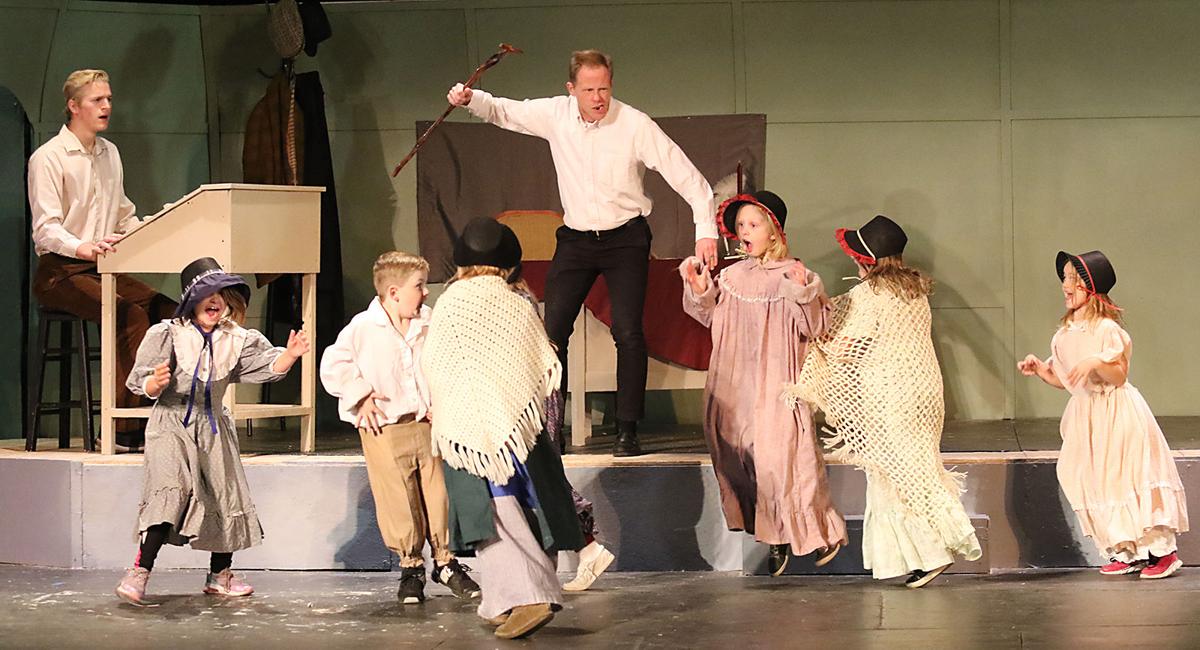 Scrooge (Lawrence Sweet, center) snarls at the carolers as his employee, Mr. Cratchitt (Joshua Stibral, left) looks on in a scene from the Lewis and Clark Theatre Company’s production of Charles Dickens’ “A Christmas Carol.” 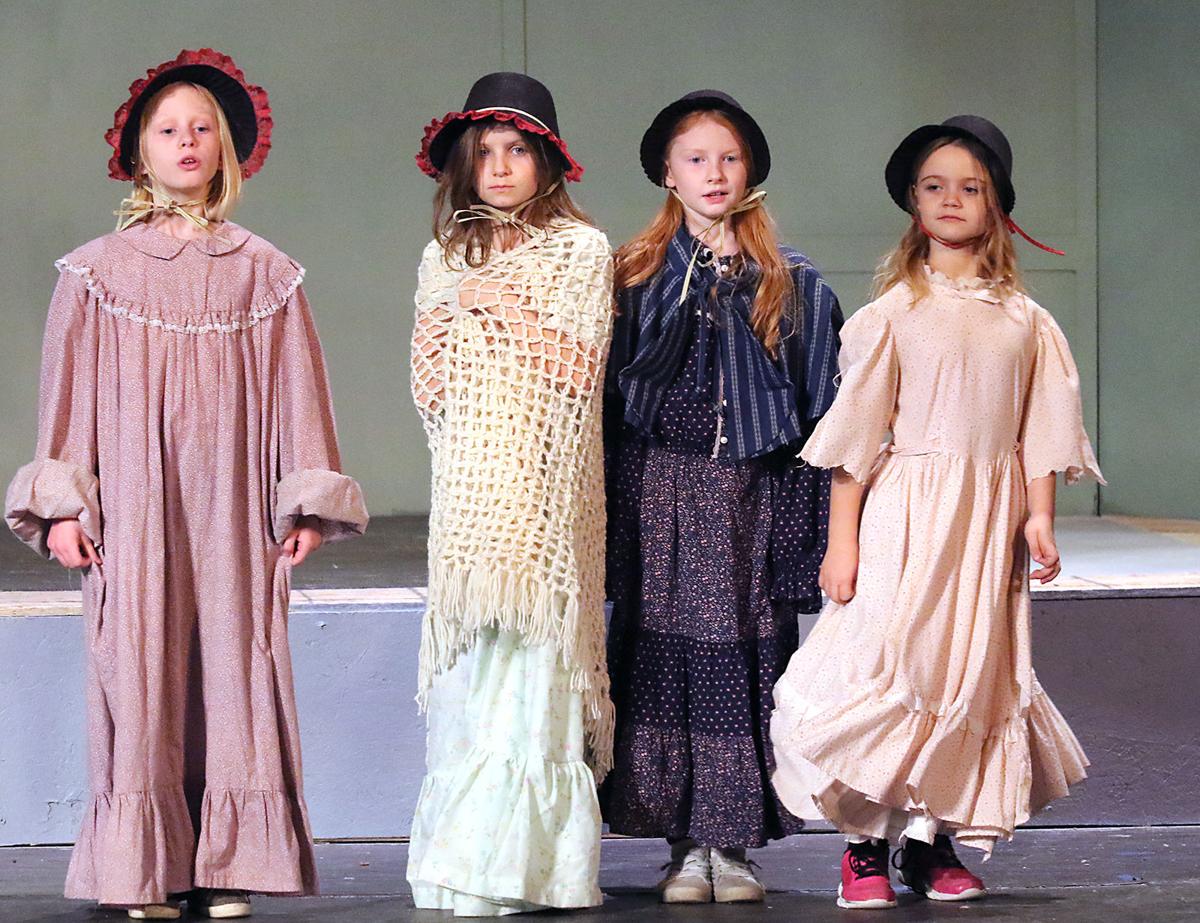 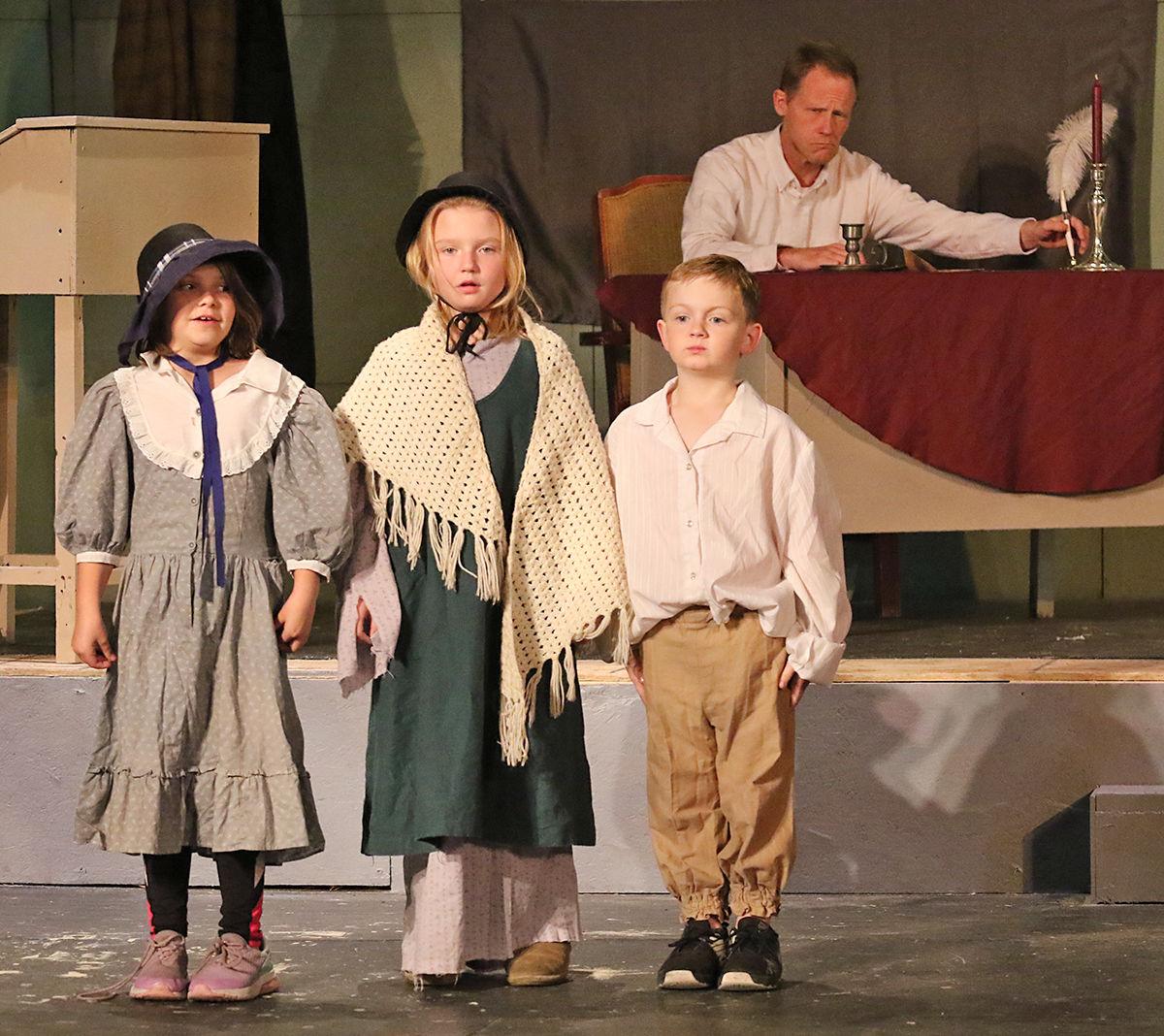 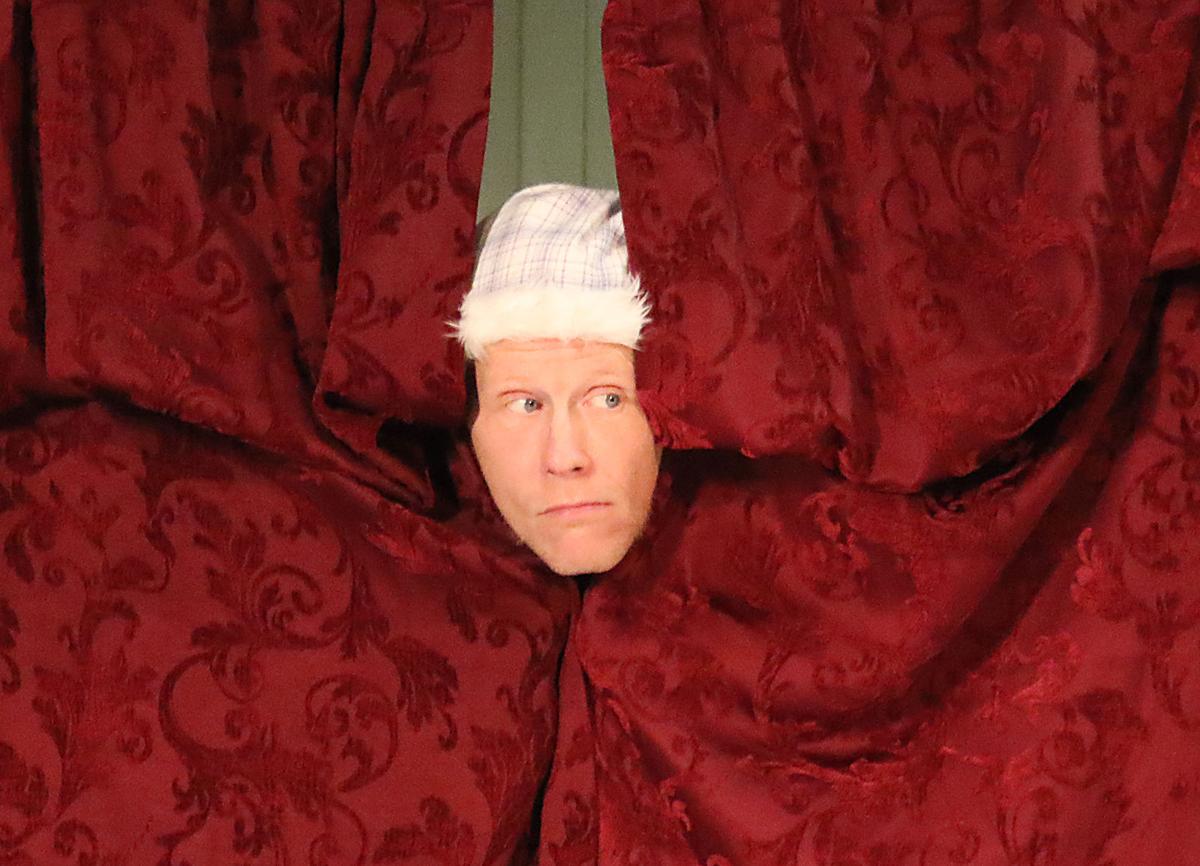 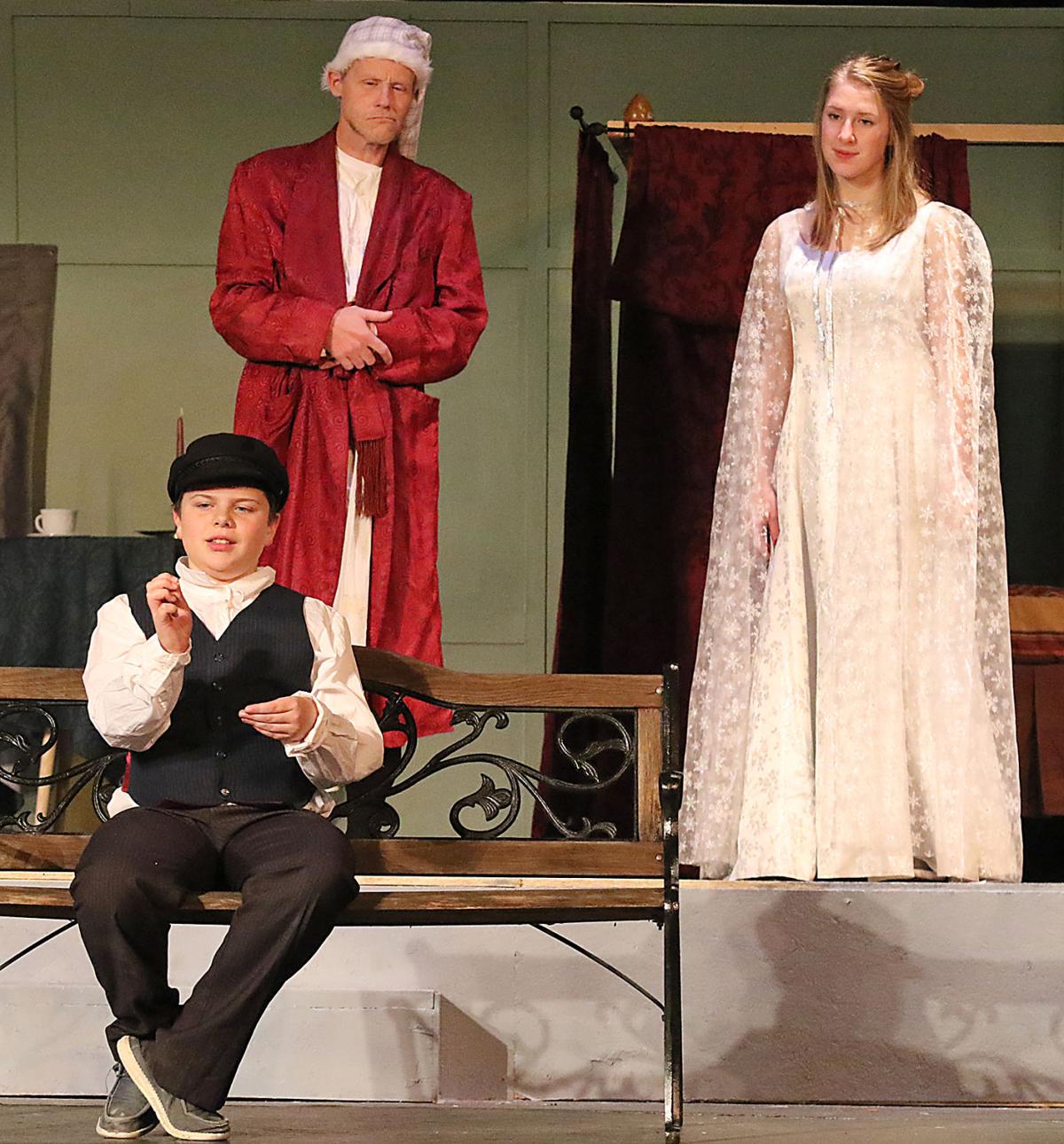 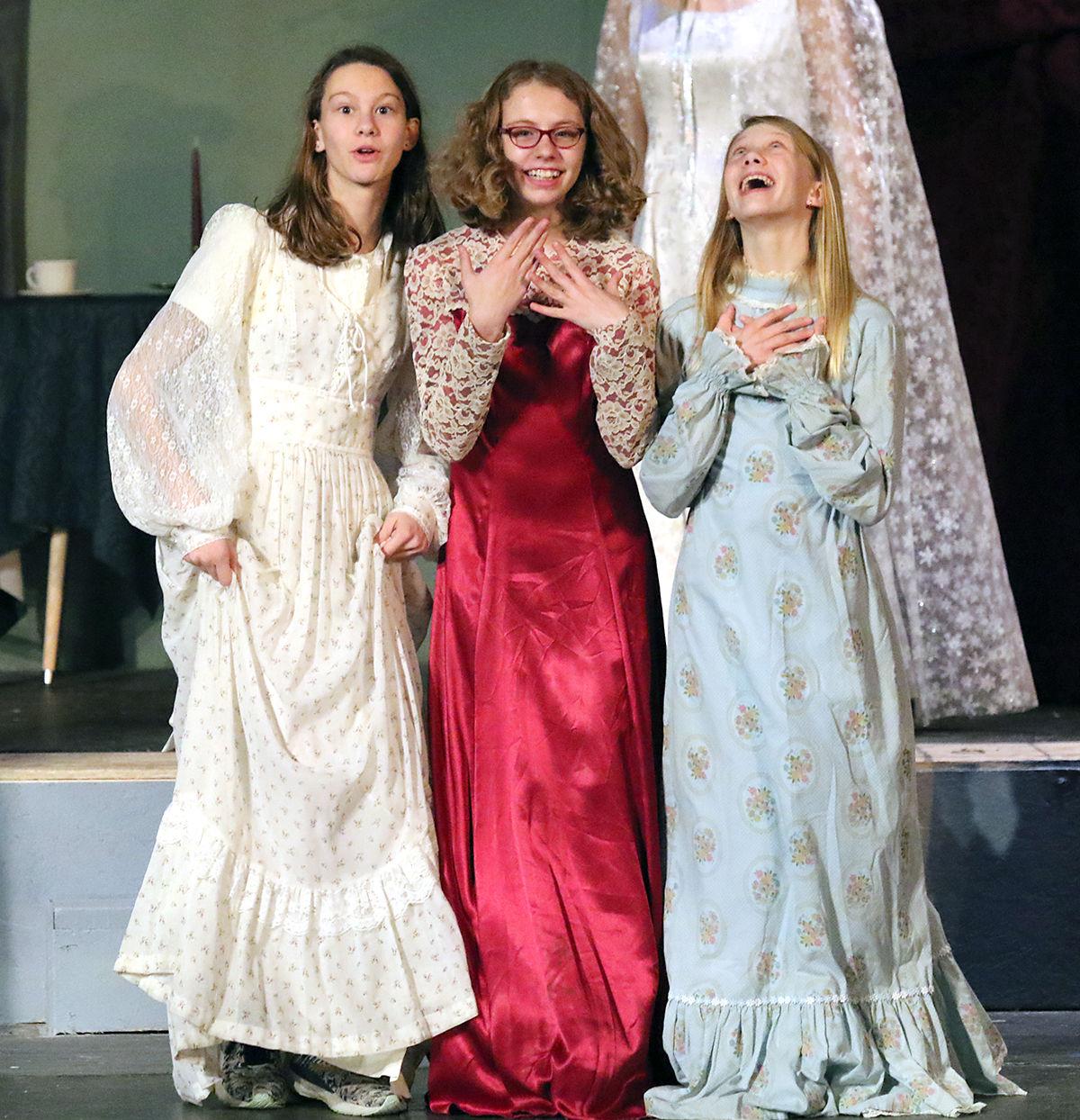 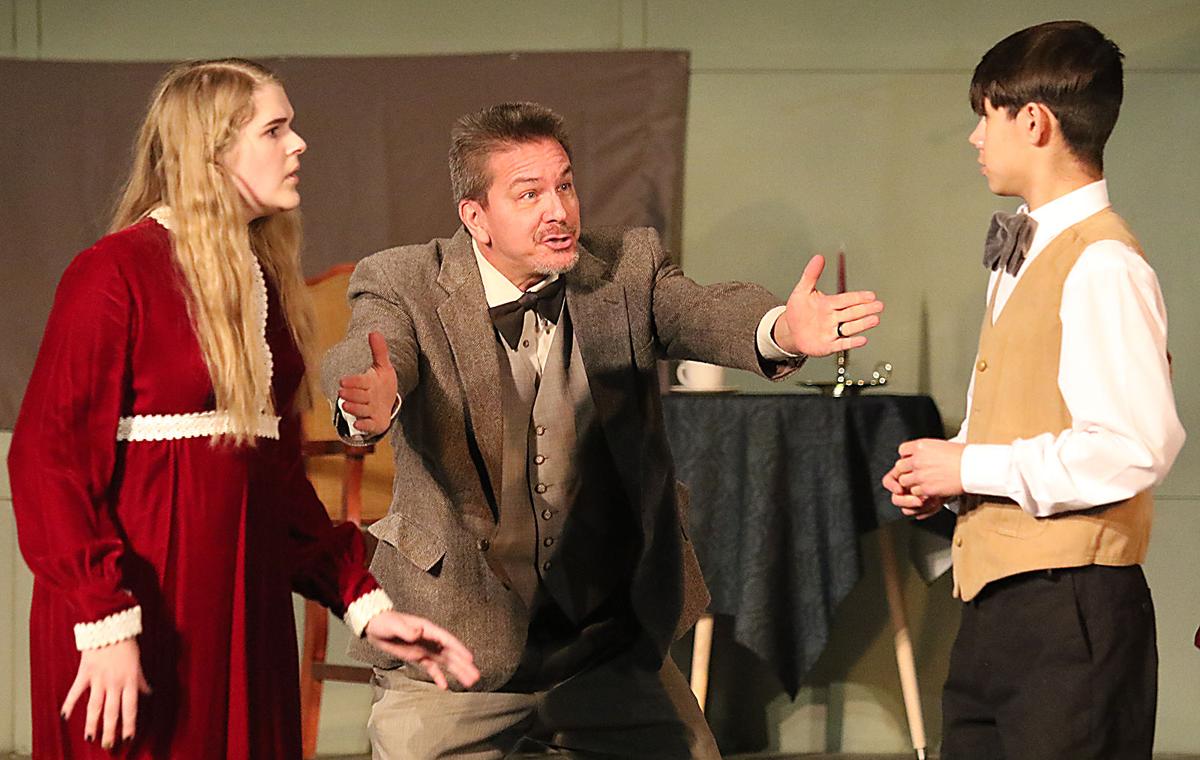 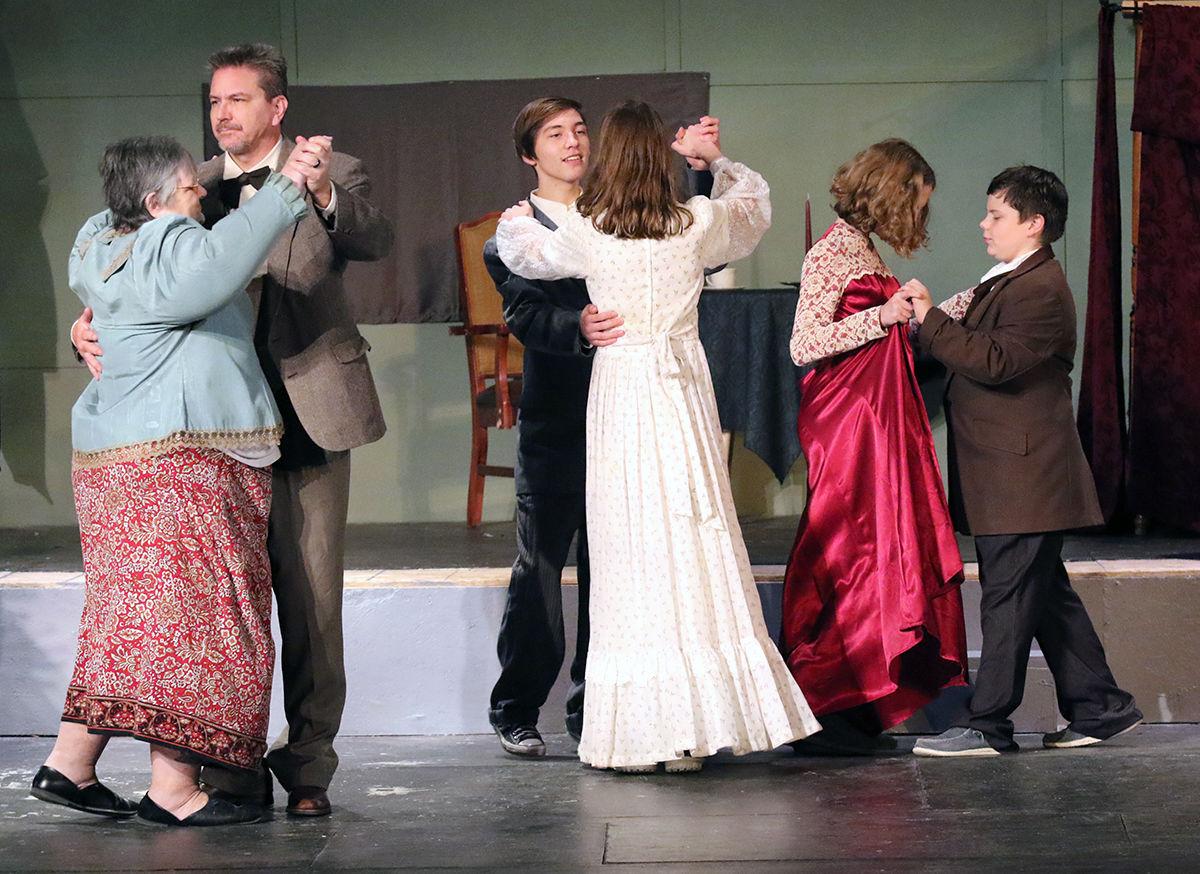 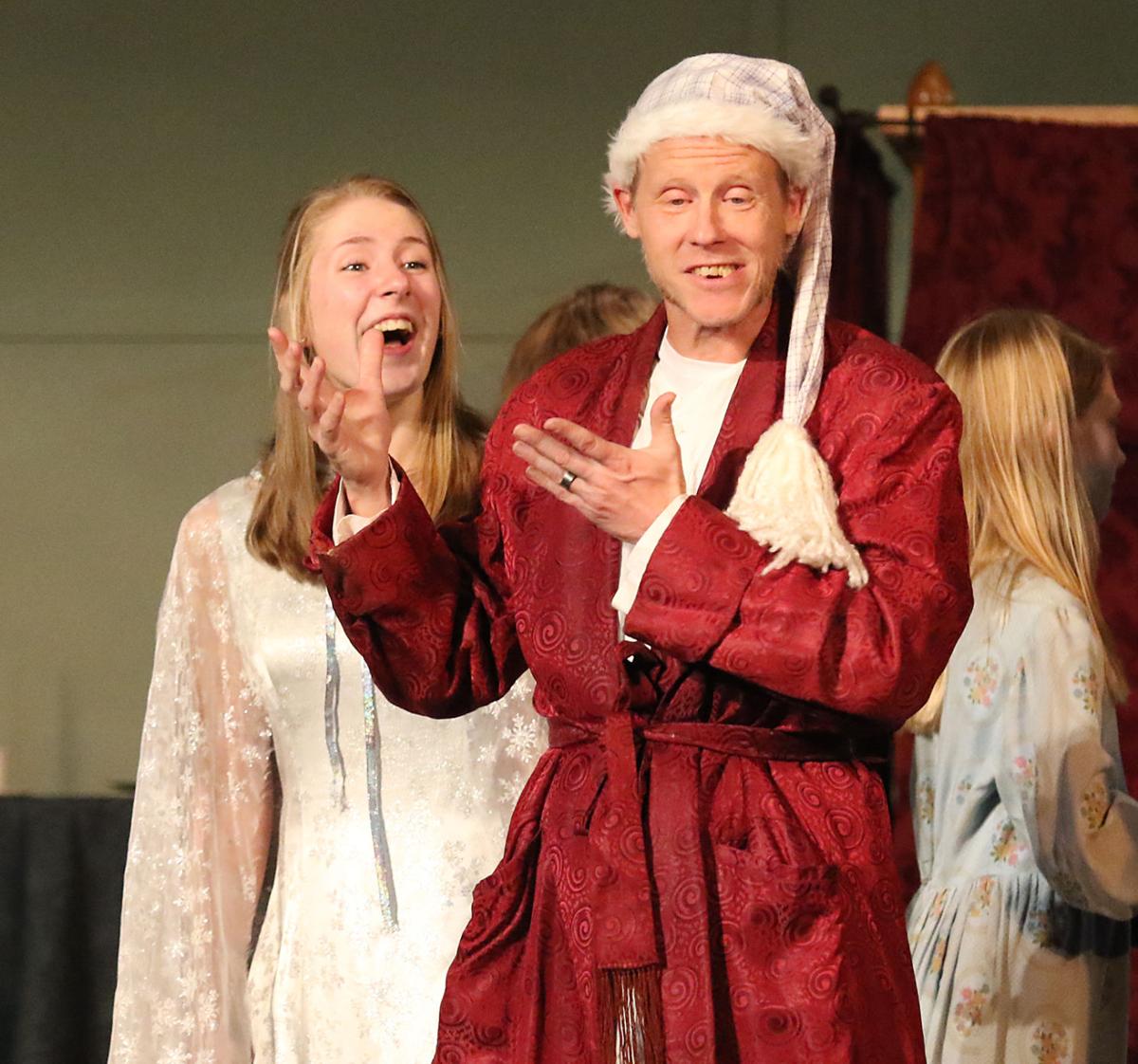 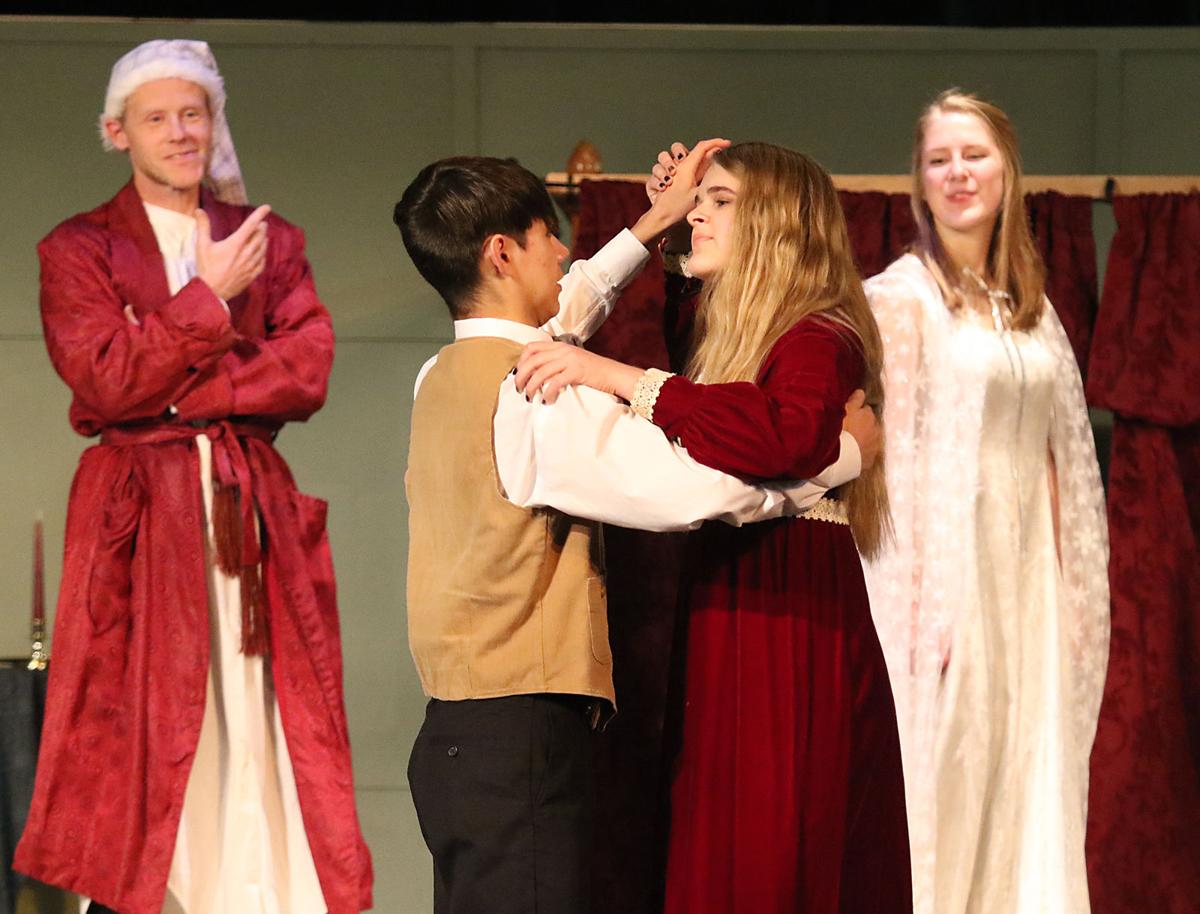 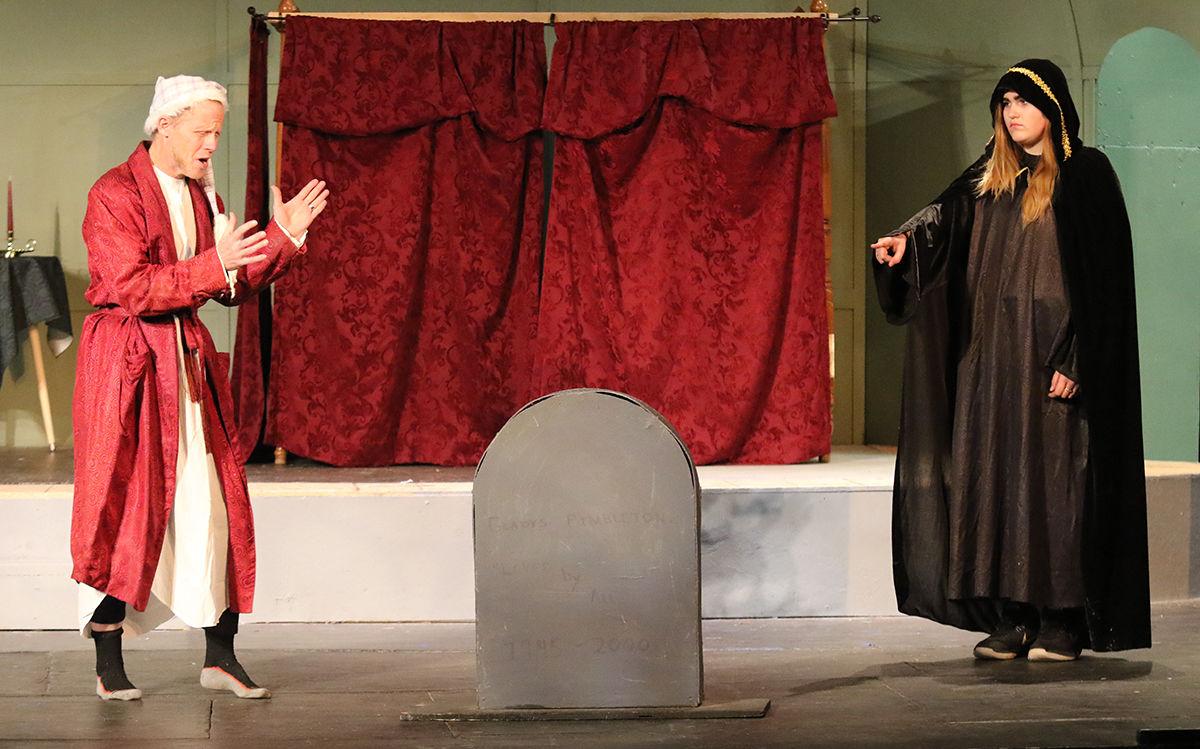 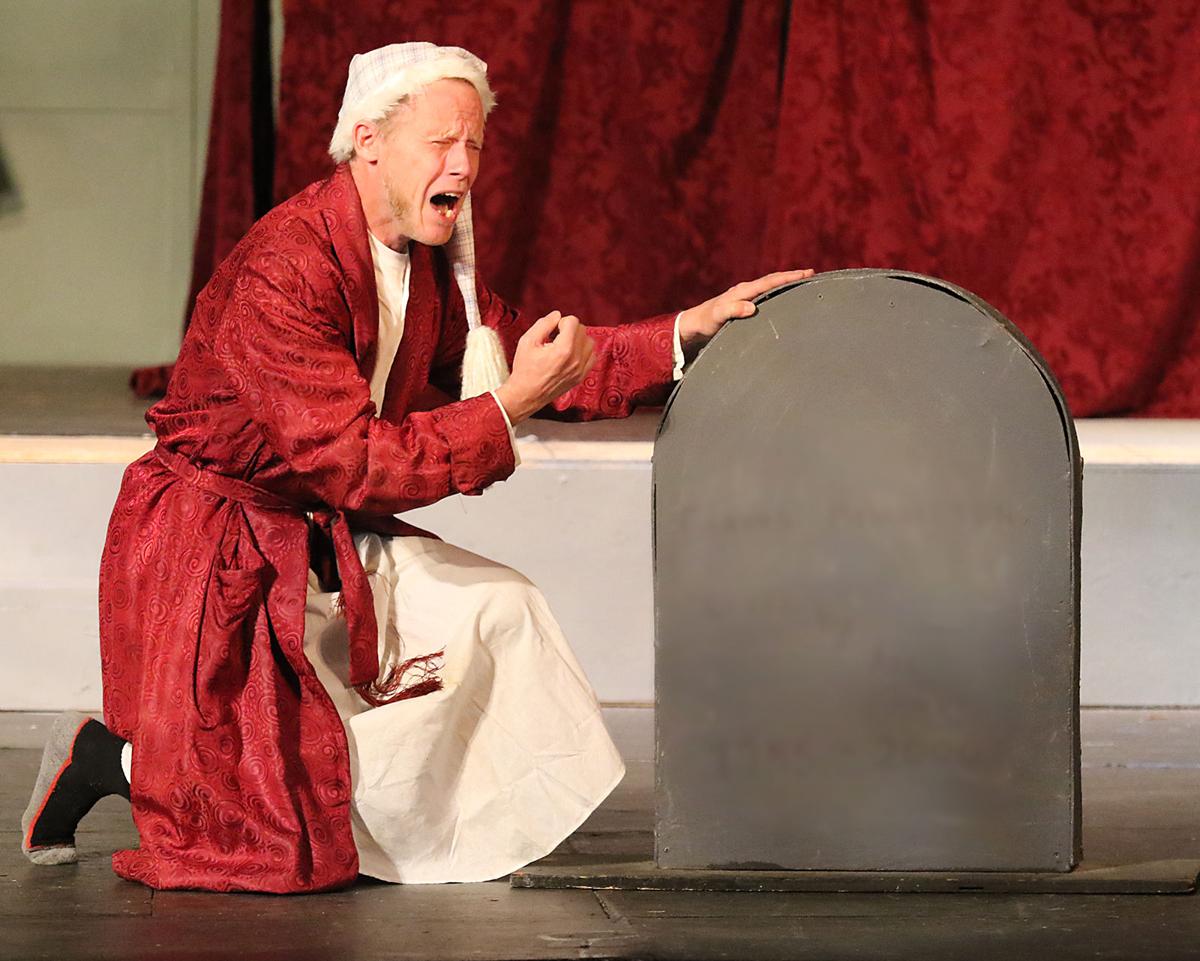 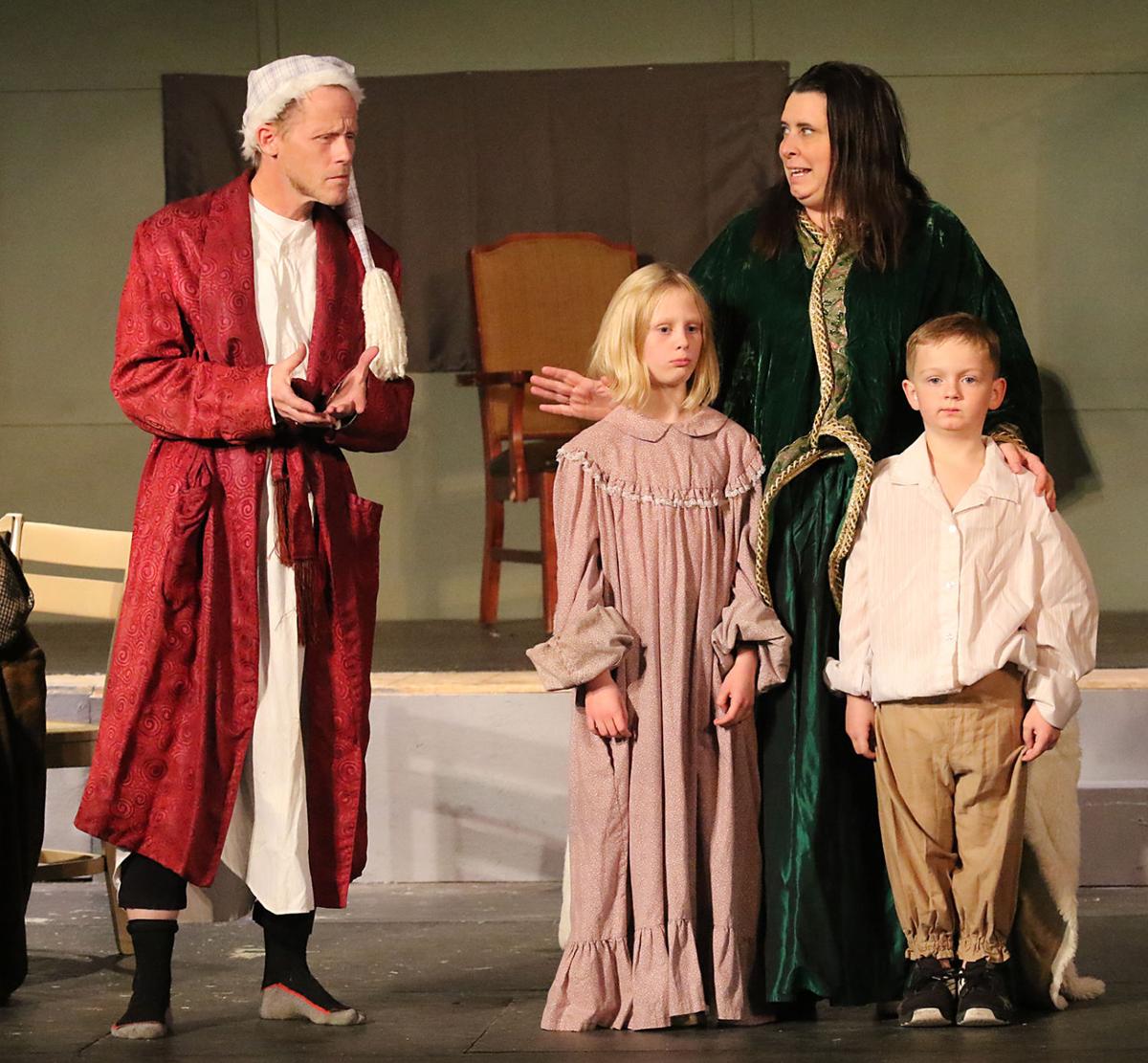 Scrooge (Lawrence Sweet, center) snarls at the carolers as his employee, Mr. Cratchitt (Joshua Stibral, left) looks on in a scene from the Lewis and Clark Theatre Company’s production of Charles Dickens’ “A Christmas Carol.”

The Lewis & Clark Theatre Company (LCTC) will usher in the Christmas season with a heartwarming, classic tale.

The play, adapted by Romulus Linney for the stage, is based on the classic 1843 Charles Dickens novella that introduced the world to Ebeneezer Scrooge, the original holiday “humbug.”

Scrooge is a selfish, mean man who is devoid of love, hates charity and, above all else, despises Christmas. On Christmas Eve, Scrooge receives a visit from the ghost of his dead business partner, Jacob Marley, who warns him to change his selfish ways or face eternal suffering in the afterlife. Marley tells Scrooge that he will be visited by three spirits that night, and that these visits are his last chance to repent. The spirits retrace Scrooge’s journey from past to present, showing him how he had changed over time.

“The play is about transforming hearts,” said director Rich Wright. “The transformation of Scrooge is the point of the whole thing. He goes back and sees his childhood, and is more and more touched by it all. He sees his death and he has this huge transformation.”

Scrooge is played by Lawrence Sweet, who, though he only moved to Yankton in the last six years, has been involved in theater for over 40 years.

“Lawrence is a wonderful Scrooge,” Wright said. “He can certainly play the crabby old man, but then he also does a really good job when he has his transformation at the gravestone. He’s got the whole range of emotions down, which Scrooge has because he was not always a crabby old man, as the play shows; he was a young man, who had goals and was happy.”

It is this transformation that has Sweet most excited about the performance.

“One thing that I really want to portray is that, when people think of Ebeneezer Scrooge, they think, ‘Oh, what a mean old man!’ Yes, he was, but he also transforms into the man as people remember as holding Christmas in his heart more than anybody else in London,” Sweet said. “So, I want to be really mean throughout, and then change and show that I really did change and really hold Christmas in my heart,”

“And he does so well at showing that,” added Holly Wortmann of Crofton, who is playing Mrs. Cratchit, the wife of Scrooge’s poor clerk, Bob Cratchit.

Unlike Sweet, who has been in more than 30 productions, this is a new experience for Wortmann, her husband Chris and their four daughters.

“We came to this in October — some of them, kicking and screaming — and I said, ‘We are going to do an experience this Christmas season,’” Wortmann said. “I am really excited to have this experience with our family, because we said we were going to try to do more things like this rather than the commercialization of Christmas. After the initial grumbling, every night when we come (to rehearals), we are just so excited.”

Initially, Wortmann wasn’t sure how her husband, an engineer, would take to the stage, but he has surprised her as he took on the role of Marley.

“We showed up for auditions, and the girls were so excited, but I wasn’t sure about Chris,” she said. “When he got on stage, he just exploded! He’s Marley and he’s fabulous!”

Wright said he is extremely pleased with the talent of his cast and crew in creating wonderful special effects, singing Christmas carols acapella and performing a choreographed waltz.

“We want everybody to come,” Wright said. “It will be a great experience.”

Paige Westergren — Ghost of Christmas Yet to Come

To reserve tickets in advance message Lewis and Clark Theatre Company on Facebook or call 605-665-4711.