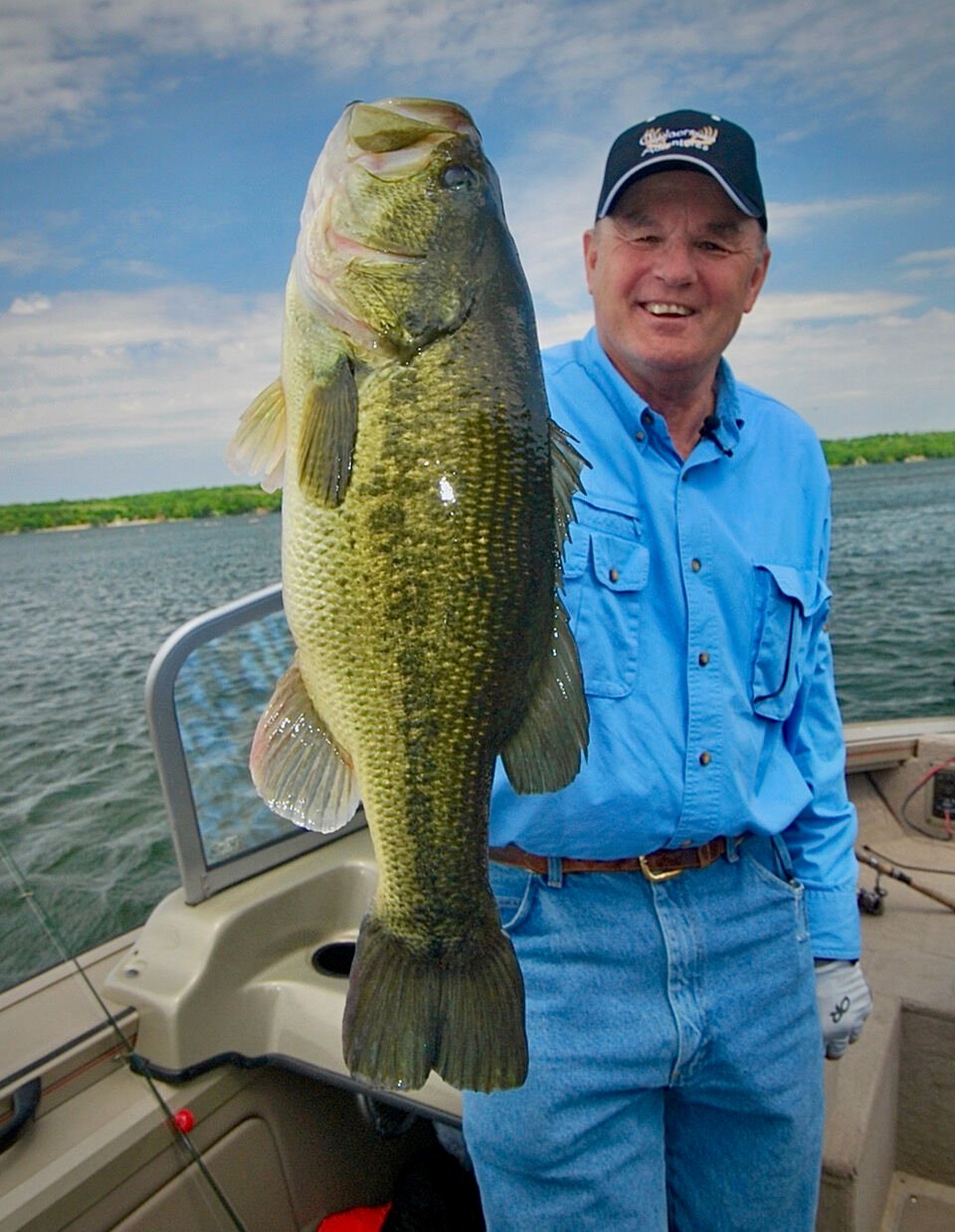 Small baits can mean big bass in most Midwest waters. This largemouth from northeastern South Dakota’s Big Stone Lake was released after inhaling a 4-inch worm on a 1/16-ounce lead head jig. 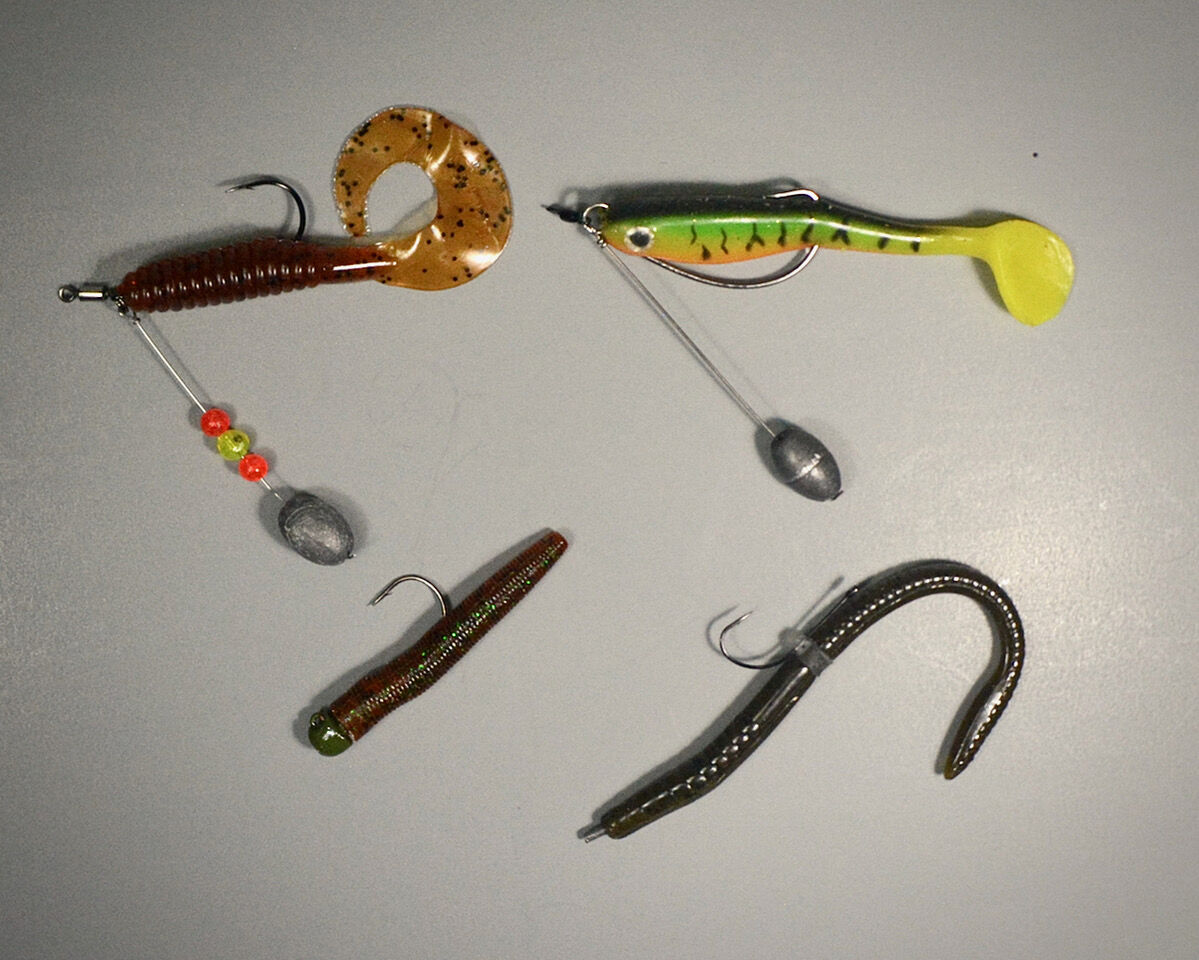 Small baits can mean big bass in most Midwest waters. This largemouth from northeastern South Dakota’s Big Stone Lake was released after inhaling a 4-inch worm on a 1/16-ounce lead head jig.

There’s nothing new about the bass rigs I’m about to describe. Hard core bass fishermen have used them for some time, especially in the Northland where these finesse techniques have really taken hold.

Thing is, I’m confident these techniques also catch walleye, although few anglers have applied them.

I don’t know what it is about finesse techniques on the waters of Minnesota, South and North Dakota, Nebraska, Iowa and Kansas, but our bass seem more susceptible to them than more heavy-handed techniques.

Years ago a 1/16-ounce leadhead tipped with a Berkley 4-inch Power Worm was all a lot of bass fishermen used on our natural lakes. I think it was the original finesse method. Then came the drop shot rig. That was followed by a myriad of other techniques, but none could hold a candle to these three.

They would be the Tokyo Rig, the Neco Rig and the Ned Rig.

Let’s look at each of them.

First, the Tokyo Rig. Like the drop shot rig, the Tokyo Rig originated by Japanese fishermen who plied the crystal clear, hard fished lakes of their country. This rig is basically a jig, although it really isn’t. It consists of a hook, a 3 1/2-inch wire hanging off a split ring which also holds the hook and a swivel to which you tie your line. A weight is slipped onto the wire and the end of it bent to prevent loss of the sinker. A plastic bait, most often a grub with a curly tail is placed on the hook.

It is fished like a jig with a lift and drop or a slow swim along the bottom. The plastic tail, creature bait or grub swims with a free floating action that cannot be duplicated by any other method. Both smallmouth and largemouth love it.

Next, let’s look at the Neko Rig. You’ve all heard of the wacky worm rig. This is it on steroids. Wacky worms are usually hooked in the middle of the worm and retrieved slowly as close to the bottom as possible. It is a very slow method and takes a lot of patience to do correctly. Also, every time you hook a fish or a snag, you lose the worm. Some time ago anglers began threading the worm through an O-ring of the proper size and running their hook under that solid rubber ring and now you could catch several bass on the same worm.

But bass fishermen are always experimenting. At some point someone decided to put a weight in one end of the worm. And the Neko rig was born. The addition of that weight, which I believe was first used in Japan, gave the rig a completely different action the bass loved.

The technique was so effective that special hooks, special weights and special O-rings have been developed specifically for this rig.

It excels in just about any type of largemouth bass cover. Special hooks are also available in weedless models so the bait can be thrown in heavy cover without fear of snagging (at least not too often).

A hook company, VMC, has developed a special Neko hook as well as a weedless model especially for this technique. They also have designed special weights to be used as well. However, a lot of anglers simple use a sheet rock nail or something similar which works equally as well and is a lot cheaper. Special O-rings have been designed, as well as tools to help you slip the O-ring around the worm.

This is another rig that is hard to fish wrong. Simply cast it out and let it fall to the bottom. Watch your line carefully because it is very common for bass to hit this thing on the fall. Once on the bottom, shake it a little bit, then hop it for a while and shake again.

It will work fine in shallow or deep water. Just use a heavier weight for the deep stuff.

Finally, let’s examine the Ned Rig. This is, perhaps, the simplest of all the finesse rigs. Just a small jig and short plastic worm. The rig, named for long-time fishing writer Ned Kehde of Kansas, utilizes a small, usually 1/16-ounce mushroom jig head with a short stick worm impailed upon it. It is fished just like a regular jig, on the bottom, lift and drop or swim it just off the bottom. Z-Mann Fishing has produced the rig for several years now, but enterprising anglers can easily put together their own.

When do you fish a Ned Rig? Anytime the fishing is tough. It’s a logical choice for the cold waters of spring, like right now. Fish it slow along the bank along cover such as boat docks, submerged timber or the like. If it’s the kind of cold windy day that makes you think, “I should have stayed in bed,” tie on the Ned Rig.

Later in the year it is the ultimate post cold front jig. Fish it deeper, along drop-offs, rocky points or deep weed lines, just hang on to your rod or you might lose it.

Don’t overpower this bait by using heavy tackle and heavy line. It’s most effective on 8-pound test line. That will handle most bass, even in relatively heavy cover. Obviously, a spinning rod and reel is your best choice.

While these rigs were all designed with bass fishing in mind, I’m confident that any of these techniques could be adapted to tempt walleyes. I haven’t had a chance to do that yet, but it is on my bucket list for this year.

Gary Howey is an award-winning writer, producer, broadcaster, former tournament angler, fishing and hunting guide and in 2017 inducted into the "National Freshwater Fishing Hall of Fame”.