This is in regards to Jerry Wilson’s letter, “An Apology Owed” (Press & Dakotan, Jan. 14): You are wrong to demand apology from Gov. Noem on calling the Georgia candidates communist. They both are socialist and that is just P.C. word for communism. It just softens the effect of the word.

Mr. Wilson, we all lost on Jan 6 with what happened. USA is not a democracy — Democracy always turns to mob rule: MOBCRACY! Majority overrides the minority and all suffer — except the elites.

We citizens were denied the truth on the election with what happened at the Capitol on Jan. 6. History is always written by the winners. But truth will come out. Why weren’t any of the voting machines examined? How odd. As far as affidavits go, they are used by the legal system daily in civil and criminal cases.

To all: It’s not a case of zero evidence; it was case of judges would not review the evidence and allow it to be entered into public records for all to see. We were all robbed of truth. BUT communism hides the truth. It can’t stand the light of day.

We all lost, Mr. Wilson. Quit trying to shut down free speech.

Mr. Skow: The truth is we did not all lose, you did though, but many others won. About your your theory about the judges, Wow. If there had been any evidence at all I am certain a judge or prosecutor would definitely have ruled differently, but non of the conspiracy theorist could reveal even one shred of evidence. Had even one small shred of real evidence been admitted, conceivably a grand jury could have possibly been convened, but there wasn't even enough evidence to do that. Just suck it up Larry, you will survive the next 4 years, just as the vast majority of Biden supporters survived the previous 4 years.

God bless you, Mr. Skow. You’re truly a man of God! How right you are that “Democracy always turns to mob rule..” That’s why God has chosen Trump to lead Christians away from our evil form of government.

Unbelievers genuflect before our unholy constitution because “democracy” allows them to have the same rights as True Christians. 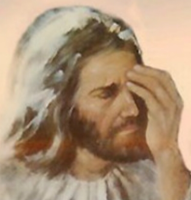 It’s easy to dismiss Mr. “Gift” as a wacko, but he actually represents a large swath of our Christian America.

Google “christians at the insurrection.” There were many angry Christians assaulting the Capitol on January 6th. You might think this would be unChristian.And yet most of Christian America is silent.

Ever wonder why America’s youth are voting with their feet and walking away from our empty Churches?

[thumbdown][thumbdown].......@ Larry Skow......Oh My God, here you go again. Mr. Skow, you do not live in South Dakota, but you sure have a mouthful when it comes to our "elected" officials. I think Kristi Noem maybe stole the election. No way you say, really ???? Oh, that only happens when a Democrat gets elected ??? Maybe we should go back to when George Bush Jr. was elected and the Florida vote count was so close, there was a huge delay. Hmm, His brother Jeb was Florida`s Governor at the time. Sounds fishy to me. But I sure didn`t hear Al Gore put up a huge fuss, stomping his feet, refusing to accept the results, calling Democrat officials in Florida asking them to cheat. George Bush Jr. won Florida by only 537 votes , but Al gore won the popular vote nationwide. Where was the outrage from Democrats because it was only Florida that decide who won the election. No, you didn`t hear about any outrage, or any official to ask people to storm a Federal building. Al Gore accepted the results with grace. Because IT WAS THE RIGHT THING TO DO.

You people are totally pathetic. And why are you putting your nose in S.D. politics when you do not even live here? it`s none of your business. Get it ???? None of your business ! Noem is the worst Governor in this country. A Trump sympathizer who is so out of touch with reality that she can`t think straight. And it takes alot of nerve to call other officails "communists". She is a conspiracy theory believer, just like you and your cult. Look up the word "theory" in the dictionary. It does NOT mean truth. Take off those Blinders Skow. You`ve been duped. You have been lied to by the party you pathetically support. So naive, you will believe anything the GOP says. Well Biden won, so deal with it, if you don`t like it, move out of the country. you won`t be missed.

Oh, and before you cash your stimulus check for $1,400, please send it to me. After all, that is socialism. If you cash that check, you are a total hypocrite. You have NO credibility. You are just another loudmouthed conservative that HAS to be heard.