This is in response to Mr. Wilson’s letter (A ‘Safer South Dakota?’ Press & Dakotan, May 6).

In regards to mess on border, it would be best to look at the Democrat Party’s own policies, starting with Clinton in his presidency. Couple that with the 1994 Peso collapse. Bring forward the Clinton rape of Haiti earthquake fund of 2010. It seems all that money stayed with Clinton Fund.

Now then also Obama/Biden/Hillary trio made a mess of by not supporting the election system in the Northren Triangle and backed the wrong corrupt leaders. Or did they back the ones they wanted to continue the mess.

Mr. Wilson, the immigration system has been broken for decades. It seems to all correspond with time Biden/Clinton/Pelosi as being part of the D.C swamp.

As far as crime, well, it really is tied into the drug issue. Where do a majority of drugs come from? It seems the flood is from south of the border. The more porous the border, the more drugs — more drugs, more crime. It’s odd that all these poor countries are strong Catholic faith as well. Coincidence or planned?

Democrats seem to want to blame everyone else for their shortfalls. Follow the money an you find the root cause. Democrats are the danger.

I am glad a governor stands up and says what they feel.

Mr. Wilson, why don’t you become a sponsor for 30-40 of these people? Put your money where your mouth is. I am tired of supporting everyone. We are on our way to joining the Third World. We’re almost there. 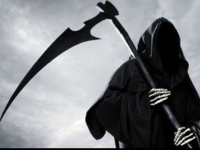 What with these out-of-state doomsayers? Looks like Larry’s off his meds again…

Stay humble, Larry, but thanks for never wavering from your life’s mission to tell all of us how stupid we are.

As if Kristi Noem even cares about the people she represents. She`s a COVID denier! Now, South Dakota surpassed 2,000 COVID deaths. Besides, you live in North Dakota, why do you care about our governor???? Trump has about as much compassion as a mouse. If it doesn`t benefit him, he doesn`t care. When are you people gonna finally get it???? And sir, most of the crime in the U.S. is committed by AMERICANS, hello??? Quit blaming all your problems on people coming across the border, and WHY do you think drugs get smuggled into the United States???? Because Americans want them. the addicts want them, yes, YOUR fellow citizens!!! Noem is a horrible governor. Terrible. She`s a trump sympathizer. TRUMP is NOT president anymore. Biden is doing a terrific job. Get your head out of the sand and think for once.