To all you who want to dump Trump: I ask you. What has Mr. Trump done to harm you, your family or your way of life? Here is your chance to really state what/how/where/when any of his policies harmed you.

Stop and think. He built the wall to slow down shut down illegals an drug control. He has busted up more human trafficking than any president. He is standing up to China — that hasn’t raised prices in Walmart. He shut down our part in Middle East endless wars. He dusted off an Iranian general that killed/maimed thousands of Americans — even harmed some from Yankton County, S.D. He shut off the money gravy train to a lot of counties and kept that money here in USA. He brokered a peace accord in Middle East when every other president and John Kerry failed miserably. I don’t believe we had an act of terrorism in USA under his watch. No American embassy attacks on his watch. He is drawing down troops in Iraq/Afghanistan — 18 years troops been there. Remember Obama/Biden’s claim they were going to end that war? If Biden happens to win out (I don’t think they will), Biden’s cabinet will be the same old tired bunch of crooks/thieves/swindlers we have had for years.

But here your chance to rip me up. Answer up. What has Mr. Trump really done to harm you, me or anyone? True to the left, he has their shorts in knots but that’s not going away under Biden. Of course he can put Hunter Biden in charge of graft and corruption. So let’s go throw it out there.

You had best read some of John Adams’ words first. Read what our Founding Fathers had to say.

Asking people to express their opinions on a subject like this will only divide our country more. We need to come together as a nation to unite us as Americans. The election is over.

Oh, yes, USA Strong. “Pay no attention to the pile of corpses behind the curtain.”

Move along folks! Nothing to see here!

Yes, USA Strong, we shouldn’t be arguing over stupid stuff while every day a mountain of the American dead piles higher and higher. But our president is missing in action while our hospitals are overflowing and we approach the number of casualties of WWII.

How do we come together to confront this if we stay silent?

Golly, Larry, do you suppose the voters’ rejection of your dear leader could have something to do with the tragic reality that the US has only 4% of the world's population but is suffering 20% of the world's Coronavirus deaths?

Do you think it might have something to do with your man’s hiding the truth from the American people about how deadly the virus was and how it is borne through the air by the breathing of unmasked Americans?

Instead he stated on the record early this year - before any of us knew what was coming - that he wanted to “play it down.”

We’re on our way to more American deaths than we suffered in WWII - all because of his irresponsible and deadly incompetence.

And, oh, by the way, I don’t WANT to dump Trump - instead I’m exhilarated and greatly relieved that the voters already HAVE dumped him.

Now we can follow science and begin to fight the deadliest enemy we’ve ever confronted.

Except he didn't build any wall. The simply repaired a small part of existing wall according to plans and budgets already in place. Certainly Mexico didn't pay for anything at all, either.

He destabilized the Middle East and the North Korean situation.

He stoked the divisiveness of racism instead of trying to bring us together.

He removed us from the Paris accords.

He tried to repeal and undermine the ACA while continuing to say he had a plan which we still don't have. That affects alot of people, wouldn't you agree?

Etc etc etc. There are too many promises made and not kept, as well as attempts to undermine education, environmental protections, immigration, on and on.

THe tax bill which republicans had been looking to move on since before Obama is proven to benefit big corporations and top .5 percent earners, while hurting the middle and working class people. I can also prove that one by looking at my own tax returns.

Your premise relies on "facts" that simply are not true.

But keep saying it and pretending while he takes us down the drain that he is so adept at with his businesses.

He ignored and continues to undermine things that e dry other nation has done to slow the pandemic and get their economies back in closecto full swing. Every other country. We are the worst I need cases and deaths by far. I've lost 12 people so far so don't you dare say it's a hoax or any of the other anti-science bs he's been spewing.

He has disparaged our military many times, acting like a child about McCain, Gold Star families, veterans, and our dead soldiers.

And to sum it up, he is a traitor and clearly does not love America or its people or what it stands for.

One more thing: your comment rules include "Be Truthful. Don't knowingly lie about anyone or anything."

It's says to share my thoughts. so I will. You have been paying to much attention to MSNBC, CNN and a host of other news networks that only tell you what they want you to hear. They never tell you the good things and then make up a whole bunch of lies to tell their audience. and they believe it just as you do. Trump is the best President we have ever had. I used to be a democrat but I quickly changed my tune when I saw how the democrats reacted when President Trump was elected and how they treated our President. I was not brought up that way. The Democrats never worked with him from day one. Imagine what would have been accomplished if he would have had the backing of the whole United States. There is so much corruption in Washington and we need to drain the swamp and he is doing just that, a little at a time. They have found so much election fraud and still finding more. If and When Biden becomes your President, I hope he and his followers are happy knowing that the election was stolen from President Trump. I'm sure most of them will be happy because they feel no guilt. Sad. I also hope that Biden is treated with the same respect that President Trump was. My thoughts are that President Trump will be back.

@ Larry Skow.......The election is OVER. Biden won. Trump is cooked, fried, done or whatever you want to call it. I would sure like to see you face a family member who`s relative has died of COVID and say what you wrote in this letter. A spit in the face is probably the least of things that could happen.

@ Larry Skow........Oh, I forgot. If you want to talk about a swindler and corruption, the Trump Family Organization is under investigation for swindling donated inaugural money into their family "business" for their own profit. A cool $$ million dollars. Ivanka was just questioned under oath by investigators yesterday. Misuse of donated money is illegal ( are you still with me on this )? No wonder Trump doesn`t want anyone to see his tax returns because HE IS A FRAUD. And one day ( hopefully soon ), he will be indicted for his many crimes and will be remembered as the most corrupt president in history. 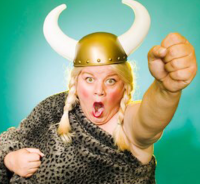 Hey, Retired. Don’t know what planet you’re retired from but here on earth there’s a little song we sing when losers are on their way out:

I’ll sing it especially for you:

Assuming you’re living on the same planet as the rest of us, how can you ask “What has Mr. Trump done to harm you, your family or your way of life?”

My friends and family are dying because of the pandemic he chose to “down play” (his words).

Many of us are struggling to survive without a job because of the economic collapse that has resulted.

Our way of life has been completely altered. And it will get much, much worse before it gets better.

Have you really missed this?