Whether Lenin said this or not, the message is prophetic. For the sake of cheap labor, some large corporations in America are selling the United States down the river, and they have the cooperation of President Joe Biden’s administration in doing so. This is the 2021 version of “The Devil and Daniel Webster,” except, this time, “Old Scratch” is not Satan; it’s the People’s Republic of China.

For years, the PRC has been stealing -- mostly from the U.S. -- technologies it needs to gain economic and military superiority over America and our Western allies. Under the Biden administration, China need not trouble itself with stealing. American companies are licensing critical technologies to the PRC and contracting with Chinese companies to manufacture essential goods. The previous administration took a strong stand against China’s efforts to gain world dominance economically and militarily, but the Biden administration seems either unconcerned about the issue or at a loss as to what to do about it.

One example of an American company making a deal with the devil is the establishment of a new, wholly owned, onshore mutual-fund business in the PRC by BlackRock, an American investment firm in New York City. This is a classic example of letting a fox guard the proverbial hen house.

Access to America’s economic hen house is through Wall Street, and BlackRock just gave the PRC a key to the gate. Giving Xi Jinping’s PRC access to Wall Street gives “America’s number one adversary” access to invaluable data about our nation’s businesses, information which will be used to gain advantage over American firms and undermine our economy. We warn of this kind of thing, “unarmed warfare,” in our book, “We Didn’t Fight For Socialism: America’s Veterans Speak Up.”

On the subject of warfare, those who doubt the PRC’s ability to reverse engineer the technologies it licenses and steals from the U.S. should consider its development of a hypersonic nuclear missile. A hypersonic missile travels at more than five times the speed of sound, making a “swarm” of these weapons impossible to interdict by current U.S. intercontinental ballistic missile defense systems. In congressional hearings, the Pentagon has warned China launched such a missile in August 2021. The U.S. currently has no defense against such a missile and is far behind developing our own hypersonic missiles or defenses against them.

The PRC’s next step in their strategy for becoming the world’s strongest superpower is the semiconductor industry. The PRC is now stealing and “licensing” skills necessary to rapidly develop its own advanced microchips and semiconductors.

These are the most essential components in all electronic devices from toasters to trucks, autos and military hardware, including hypersonic missiles.

The PRC currently manufactures semiconductors, but it relies on Western technologies to do so. China must import most of the equipment and materials needed to produce microchips. Much of this essential technology comes from the U.S. The PRC’s near-term inability to manufacture these devices in sufficient quality and quantity is just one more reason the Chinese Communist Party is casting covetous glances at Taiwan. Together, Taiwan and South Korea manufacture more than 70% of the world’s semiconductors.

Jinping’s hypersonic missiles and his goal of having the PRC dominate global semiconductor production didn’t make it on the agenda at last week’s G-20 “hydrocarbon summit” in Rome. He didn’t bother to attend.

Oliver L. North is a combat-decorated U.S. Marine, No.1 bestselling author, founder and CEO of Fidelis Publishing LLC and Fidelis Media LLC. David Goetsch is a Marine Corps veteran, member of the Florida Veteran’s Hall of Fame, professor of business, Christian counselor, and author of 77 books.

Ollie, you quote Lenin, “The capitalists will sell us the rope with which we will hang them.”

How ironic. That’s exactly what happened during Iran-Contra - right?

Anyway… After your hyperbolic regurgitation of facts and figures that are quite familiar us over the years, you raise the alarm over “Jinping’s hypersonic missiles and his goal of having the PRC dominate global semiconductor production.”

I can’t quite get as worked up as you over your “hypersonic missiles” bit - there are experienced hands out there who aren’t pushing the panic button just yet.

But I sure agree with you on semiconductor production.

Right now we probably have the military might to protect Taiwan and South Korea. But for the future? Who knows?

Oh, Hey! I have a great idea. What if we made our own semiconductors?

I know. Pretty far out there. But maybe it’s worth considering…

Oh, Boy. Mr. Publisher really is going to inflict Ollie North on us every week.

So its all Biden's fault? Am i reading that right.

and Bank of America's sole COO is Thomas Montag who is A senior Bank of America executive has become a top Republican donor in banking, aggressively funding GOP congressional candidates in a practice that others in his business have shunned. Chief Operating Officer Tom Montag, who oversees Bank of America’s investment bank, donated $641,889 to political causes in the 2019-20 election cycle — almost all to Republican candidates for Congress.

But yeppers it is Biden that is letting this happen, it couldn't possibly Trump calling in favors? Cause businessmen don't do that right?

As usual, great arguments by Jolly and Clowns, no way to defend anything so you belittle the person writing it or the publisher, just have to keep riding that censor anything the liberals don't want anyone to hear or see thing, right Clowns? Surprised you didn't call the writer a racists, that is the democrats go to attack now a days, even when a female, black, immigrant, Marine wins an elected office, oh that's right, she's a republican, so it's ok to say it. And Jolly isn't too worked up, good to know Jolly, I am sure you have the expertise on this like everything else, but if not, let's rely on the generals in charge at the Pentagon and this administration that did such an awesome job of cutting and running out of Afghanistan, there are really some great military minds in charge right now, they have the cutting and running down, they just don't have the protect America thing down. I think Jen Psaki said it best when it came to the Chinese military, "We welcome stiff competition", so with some perspective, we want communist countries to get stronger militarily because that is good for the U.S.? And these are the flippin' people in charge, good grief are we in trouble. 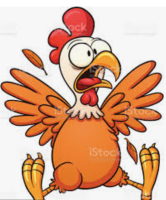 (And we must tell King since Voice won’t answer JMDrury)

For four years and 10 months, with the 10 months being Jill Biden's husband term, the democrats blamed and continue to blame Trump and the republicans for everything and anything, even as the country got stronger, became energy independent, had, and I say had, a strong economy, and now, when anyone mentions anything about something being Jill Biden's husband fault, the cry babies come out saying you can't do that, that's not fair. Tough, Jill Biden's husband and his liberal policies are to blame for this mess, keep making fun, keep thinking none of this matters, republicans are winning and they are going to keep winning, your failed economy with inflation going higher and higher is sure funny to every voting American, isn't it? The actual funny thing is, the liberals aren't smart enough to realize it, but with Jill Biden's husband as your leader, it makes sense.

Gavin Newsome, governor of California and green energy pusher, cancels COP26 trip to attend the wedding of an oil heiress in which the wedding was officiated by Nancy Pelosi. You just can't make this stuff up, what, $5 gas in California, Newsom preaching the world is going to end because everyone is using oil, and he cancels a trip that is all about saving the world from everyone using oil, of course that only applies to the "little" people, to attend an oil heiresses wedding, plus being officiated by another green energy pusher Nancy Pelosi, wow democrats, unbelievable and laughable. Follow the money, not the science, the democratic party way. What a bunch of great leaders you have in your party.

Jill Biden's husband approval rating, 38%, Kamala's, 28%, two-thirds of voters don't want them to run again. And this from the self appointed "most popular president in U.S. history" just 10 months ago. Keep thinking none of what is going on in America matters to anyone democrats and keep jumping on the sinking ship that is Jill Biden's husband presidency. Keep up "more of the same" SoDakD, keep it up.

Biden administration is exploring shutting down the Line 5 Michigan pipeline, so American's, expect your gas and diesel prices to keep climbing, and the current administration couldn't care less if it does. Can you say record high inflation that is only going to get worse, but of course, it's the pandemics fault on this one too, maybe it's Trump's, I can't keep track of who's fault it gets blamed on day to day. Well done democrats, you really got a good one in Joe, didn't you?

It sure is SoDakD, can you believe what this administration is doing to this country and it doesn't bother them? Thanks for the supporting comment.