America is about to formally enter the perilous territory of impeachment.

There are still no absolute guarantees, depending on inquiry findings, but the flow of events in recent days has taken us in this unfortunate direction.

The current controversy over a July 25 phone call President Donald Trump made to Ukrainian president Volodymyr Zelensky — an event which apparently alarmed someone within the intelligence community, who had access to the situation, enough to file a whistleblower complaint regarding the episode — has snowballed rapidly. The call made by Trump was allegedly an effort to get the Ukrainian government to investigate the son of former Vice President Joe Biden, one of the top Democratic contenders to take on Trump during the 2020 election. If this complaint bears out, it would constitute a U.S. president reaching out to a foreign government to assist him for his own political gain.

Meanwhile, media reports on Monday indicated that Trump had ordered the freezing of up to $400 million in military aid to Ukraine about one week before the president made the phone call, during which he allegedly asked Zelensky up to eight times for an investigation. Again, this could be an explosive allegation with damning consequences if the two actions (the withholding of aid and the call) are connected.

Trump has admitted to making the phone call, but says it was about “corruption.” (He accuses Biden’s son, Hunter, of corruption in his Ukrainian dealings, although the Politifact website reports there is no evidence yet to support this.) What that corruption might be has not been specified, but given Trump’s subsequent remarks about Biden (the president said Monday that if a Republican did what Biden had allegedly done, “they’d be getting the electric chair right now”), the connection appears clear.

By late Monday, there seemed little choice anymore. The tide of House Democrats supporting an impeachment inquiry was rising rapidly. Speaker of the House Nancy Pelosi, who has resisted pursuing impeachment because of its politically explosive nature ahead of the 2020 election cycle, reportedly began sounding out Democratic leaders about whether this instance — with the president publicly admitting he made the phone call in question — was a “tipping point,” making an impeachment inquiry unavoidable.

On Tuesday, she finally relented.

Those House Democrats who have resisted impeachment, mostly out of fear of electoral fallout in 2020, now may feel they have no choice in the matter. Much of that resistance has been due to the fact that it’s hard to see an impeachment bid getting past the Republican Senate, which serves as a firewall of sorts for the president. Thus, impeachment has been viewed as a means to a dead end. However, things could change as new facts become available, as they did during the Watergate scandal in 1973-74.

It seems at this juncture there’s no choice anymore but to allow the process to move forward. There are too many disturbing questions on the table, and too many constitutional and legal ramifications to ignore.

And that’s what’s needed at this extraordinary hour. It’s what the situation requires. It’s what the constitutional viability of this country demands.

So in what way do the Republicans think this is ok? This isn't "The Art of the Deal" where you ask a foreign government to spy on your own people. But then again, he did ask Russia for help earlier about what's her names emails and trusts Putin more than our own intelligence agencies.

This impeachment inquiry is long overdue.

Have you two read the news today?

You mean the news about the quid pro quo with the President of Ukraine, where Dump asked for a favor (investigate Biden) in exchange for funding and also implicated Rudy and AG Barr in the mob-like tactics? Of course, being a high ranking member of the Cult of Dump, you will claim it is all a nothing burger (quoted directly from Faux News).

Donald Trump has put us in a place were his impeachment is necessary. No one can use the power of elected office to seek help from foreign governments to smear a political opponent. Our representative democracy cannot to continue to exists if Mr. Trump is not held to account for his actions.

Trump has said, “I could shoot someone on Fifth Avenue and get away with it.“ This may again be true. His followers will see what he’s done as just another “Nothing Burger,” Indeed, the Senate’s fear of Trump finds them unconcerned about Ukraine as Putin gobbles up their nation’s real estate.

And the electoral college may still give him another four years of a minority presidency.

But when the last partisan of today's politics passes from the earth, History will be clear: Some Americans thought trying to uphold the Constitution was worth the risk.

The Democrats need to get the ball rolling on this. I'm tired of all their threatening and then a half a[censored]

Be careful what you wish for.

It is really going to be fun when Trump gets re-elected. 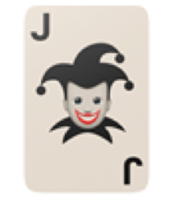 Hi Iman: Yes, that could happen. That’s the risk we’ll have to take when our president is in the pocket of our enemies, the Russians. At least this scrutiny has already forced him to stop sitting on the defense money for the Ukrainians. I couldn’t help noticing the online photos of those two Trump supporters wearing T-shirts proudly declaring “I’d rather be Russian than a Democrat!” (Google it if you missed it.) Maybe the new 2020 red hats will say “Make Russia Great Again! 🤡

Working with foreign governments to undermine our elections worked the first time. Why stop with the Russians? If your criminal enterprise is working for you, don't fix it.

dmilroy: Don't you mean, foreign governments asked to give us the evidence they possess on who is undermining our elections? It appears that the DNC and Democrats would not survive a RICO investigation. Their name should be Demon-crats due to their rubbing of elbows with the Devil.

Gadzooks! And congratulations, DLJohnson. You’ve given new life to that desperate tactic of losing debaters - “demonizing” the opposition. 🤡

Just pointing out the visuals the Democrats are projecting. I don't have to demonize the opposition, they take care of that all by themselves.

Trump support is growing. Fund raising is through the roof. Dem/socialist/communist just can't help themselves. Thank you for entertaining us. You are a funny bunch.