South Dakota’s marijuana issues have taken some interesting turns the past few weeks, suggesting that several people and groups are not willing to wait around for things to happen, or possibly not happen.

Last week, a proposal surfaced in an interim subcommittee to inject a new, possibly clarifying wrinkle into the state’s marijuana status. Under the proposal, anyone age 21 and older would be allowed to possess up to an ounce of cannabis for either recreational or medical use. This would address the legality of recreational marijuana, which voters approved last November but was suspended by a lower court last winter and is still awaiting a final verdict from the state Supreme Court. The legislation would also render moot Initiative 26, the medicinal cannabis law that voters overwhelming approved last year. After some early considerations to somehow undercut it, lawmakers finally decided that they cannot overturn the will of the people on this issue.

On one hand, the proposal provides what seems like an overall streamlined solution to marijuana legality in this state by embracing recreational cannabis, which has hung in limbo for months.

However, the proposal would also remove some voter-approved aspects dealing with medical marijuana, notably the portion allowing individuals to grow their own plants. Also, commercial marijuana cultivation in the state could only occur indoors.

Matthew Schweich of South Dakotans for Better Marijuana Laws told KELO, “The positive is that legislators want to enact a bill that is in alignment with the will of the people and that’s good to see. Now, is this proposal the policy that we should ultimately adopt? That remains to be seen. We’re going to need to take a closer look.”

However, he added, “Unfortunately, throughout all over the country, legislators have this fear of home cultivation as though it’s going to create big problems. The reality is that somebody growing three or six or nine plants at home is not going to cause any problem.”

But Schweich’s group isn’t waiting around for what happens with this proposal or what the state Supreme Court may decide (or when it may decide it). Two weeks ago, the group announced a new petition drive to get an initiative for legalizing recreational marijuana on the 2022 ballot.

“At this time, we are completely focused on our petition signature drive so that we can maintain the option of going back to the ballot next year, if necessary,” Schweich told the website Marijuana Moment. “We remain open to working with legislators to enact laws that align with the will of the people. Ideally, a 2022 ballot initiative is unnecessary. But right now, we need to keep that option open.”

Marijuana proponents are leaving nothing to chance with either the Supreme Court or the Legislature.

It’s also clear some lawmakers appear to want to hammer out the marijuana issue in this state once and for all.

At this moment, nothing is settled on the state’s marijuana front other than there will be some form a legalization, probably of both recreational and medicinal cannabis, in the near future. The details remain fluid and must be clarified in the months to come.

Is anyone else noticing how long it takes before their comments are posted?

They used to be posted regularly throughout the day.

No longer. For some reason.

You’re sure right about that, Big Sky. I wonder what's wrong. Maybe somebody quit their job.

Sometimes my posts have taken so long to appear, I’ve posted them twice. Sure makes me look silly.

But they used to appear in hours. Now they can take a day or two.

This could lead folks following these comments to assume the discussion is over and not check back.

Part of the appeal of these dialogues was that they used to continue almost in real-time.

Apparently those days are over…

It’s occurring to me that this may be the heavy hand of the Press & Dakotan’s conservative publisher.

I notice that the numerous postings of ABE and VOICEFORALL always seem to get better play than the more liberal folks in this feed.

Or the truth deserves to be heard first and foremost.

It’s occurring to me that this may be the heavy hand of the Press & Dakotan’s conservative publisher.

I notice that the numerous postings of ABE and VOICEFORALL always seem to get better play than the more liberal folks in this feed.

I thought this was my fault. Many of my posts never appear.

Marijuana laws do not affect me.

You may have it, OfftheFence. Abe's response to the “Letter: A Man Of Integrity” was logged in at 7:10 this morning, and it appeared well before anyone else’s.

Even some who appear to have posted days earlier.

Maybe “Abe” is the Press & Dakotan publisher himself?

If OfftheFence is right, what's the point of posting if you don’t share the publisher’s politics?

Your responses to folks like long-winded, multiple posters like Abe and Voice will always get short shrift. 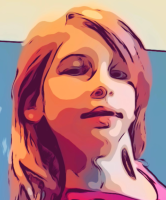 In my relatively brief time on this planet I’ve discovered that clueless incompetence results in mischief more often than corrupt conspiracies.

No doubt the Press & Dakotan is shorthanded. This is pretty common today for many companies.

So perhaps the solution is for the Press & Dakotan to spend their efforts in the most efficient manner.

In the 9 to 5 window that they have to deploy their resources they could:

1)- Make sure all postings appear by 10 am. This would service those folks who make their responses after hours and pick up all the immediate postings in reply after the business day starts.

2)- Make sure all the postings submitted during the day appear by the time the business day ends at 5 o’clock.

This is just my unsolicited advice. No consulting fees will be invoiced.