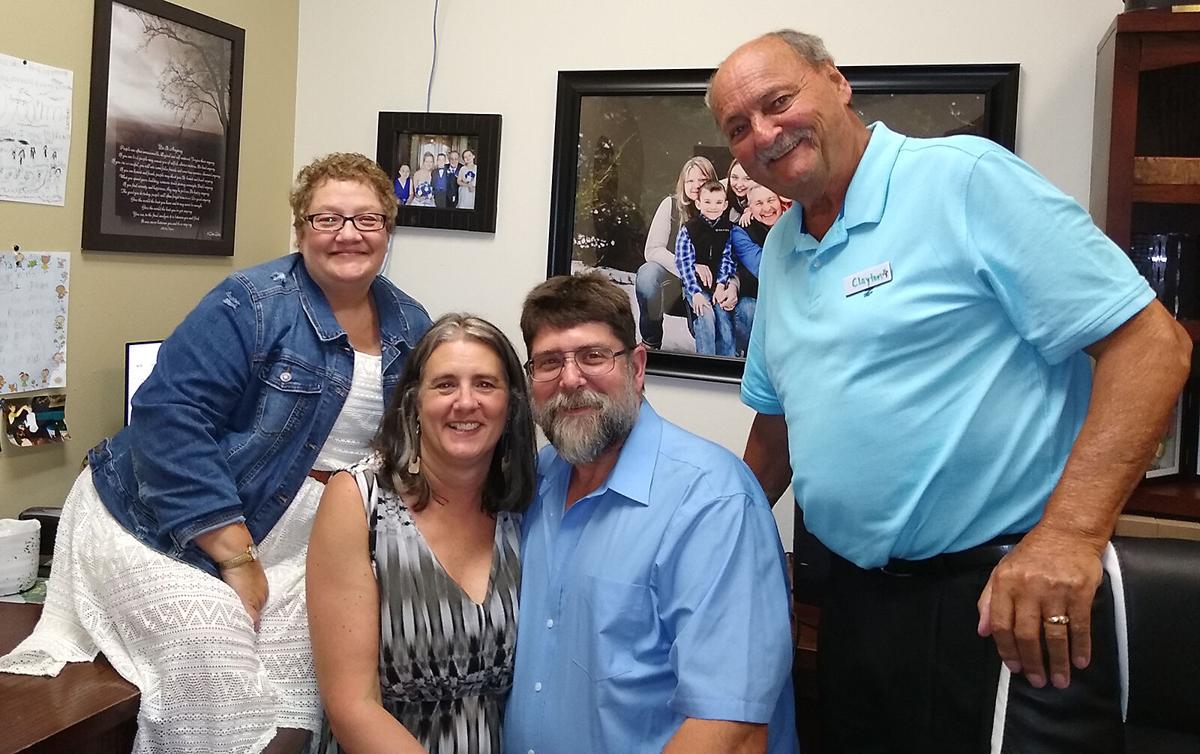 Saturday, the Bender family of Yankton celebrated the life of their departed daughter, Brooklyn, and met some of the individuals who received her donated organs. From left: Marcie Hanson, Rhonda and Brad Bender, and Clayton Just. 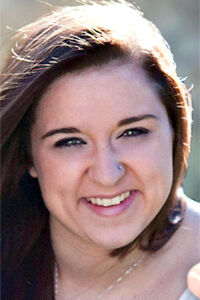 Saturday, the Bender family of Yankton celebrated the life of their departed daughter, Brooklyn, and met some of the individuals who received her donated organs. From left: Marcie Hanson, Rhonda and Brad Bender, and Clayton Just.

The family of a Yankton organ donor gathered the organ recipients Saturday in a day-long celebration of life.

The theme of the event to remember Brooklyn Bender was called #becauseofbrooklyn, daughter of Rhonda and Brad Bender, who passed away at age 22 at Sanford Medical Center in Sioux Falls after a vehicular accident on Christmas Eve 2018.

Brooklyn’s driver’s license indicated that she wanted to be an organ donor, and she had discussed it with her parents, who chose to carry out her wishes.

Brooklyn’s liver was donated directly to her friend’s mother, Marcie Hanson, who was hospitalized at a different Sioux Falls hospital with severe liver problems at the time of Brooklyn’s accident.

“They said that was the first time they had ever had anybody direct donate an organ,” said Hanson, who attended all of Saturday’s events. “All of a sudden, I have an enormous amount of doctors and nurses and all these people come in the room and say, ‘We just had a direct donation.’ Then I knew that Brooklyn was gone.”

It wasn’t long before Rhonda Bender decided to try meeting the other organ recipients, whose identities were kept confidential, as is the rule in these cases.

The Benders were able to send a family photograph and a request to be contacted by the recipients through LifeSource, the organization that handled the donation, Rhonda said.

The Associated Press picked up the Press & Dakotan article about the Benders titled, “A Gift Of Life” — and the organ recipients were able to search Brooklyn’s name online and quickly pull up the story, she said.

“The right kidney recipient is Lori Widmar. She was unable to attend,” Rhonda said. “We don’t know who the other one is. She’s an unidentified female from California.”

Widmar had been contacted by a family friend who read Brooklyn’s story. She recognized Brooklyn from the family photos sent by the Benders.

The Benders were also contacted by the heart recipient, Clayton Just of Minnesota, who also was present Saturday.

“I was in the hospital when I found out I had a donor,” he told the Press & Dakotan. “They put a balloon next to your heart and a machine that beats and keeps your heart beating. I was to that stage and there is no stage after that.”

Now, Just’s health has improved to the point that he can work again, he said.

“Everything’s going really well,” he said. “I’ve had a couple of bumps in the road, but the doctors say it’s normal to have a bump or two as long as you don’t hit any potholes.”

Remarkably, all the recipients have taken well to the transplants.

“We were all very lucky to have a non-relative be such a match,” Hanson said, who is a nurse and never heard of such a close non-relative match. “They came back and said, ‘You’re a 99.9% match.’ I said, ‘It just can’t be.”

Despite the number of individuals who have chosen to donate their organs, only 1% of those organs end up being appropriate for donation.

Widmar’s kidney actually started functioning before her surgery even ended, said Rhonda, adding that it usually takes weeks before a transplanted kidney begins to function.

“She was a perfect match for Brooklyn,” Rhonda said. “There’s just so many coincidences. It’s like it was meant to be.”

In addition to being a close match, Widmar and Brooklyn share a birthday, she said.

Saturday’s meeting with the organ recipients was emotional.

“I don’t even have a word, but ‘phenomenal.’ It’s just like everybody’s one family,” Hanson said. “It’s just wonderful that everybody can touch everybody.”

Brooklyn saved so many people, Hanson said, noting that there are additional, as-yet unknown recipients of Brooklyn’s lifesaving gift.

Though the Benders always supported the idea of organ donation, the reality for them is that it is a truly selfless act that can benefit so many others, said Rhonda.

“It is hard on the family at first, but in time it makes you feel a lot better,” Brad Bender said. “The biggest thing for me is knowing that my baby’s going to live long, and I wanted to meet everybody.”

The Benders said they still hope to meet the other recipients.

From all she could glean, Rhonda said that no one ever tried to organize an event like Saturday’s.

“I asked my daughter to help me plan it, and she’s a party planner, and she was looking on the internet and she’s like, ‘There is nothing out there. It’s not been done,’” Bender said. “I contacted (a woman) in Minneapolis at DonateLife (a national organization the promotes organ donation) and asked, ‘Has it ever been done before?’ She said, ‘Not to my knowledge. Do whatever is comfortable for you.’”

Since the Benders could never throw Brooklyn a wedding, this was the next best thing they could give her, said Rhonda.

“I wanted as many to be here as possible and we want to just have a party,” she said. “Meet the people and celebrate Brooklyn’s life and the life that she’s still living.”

God Bless it is truly a miraculous gift, she lives on in spirit