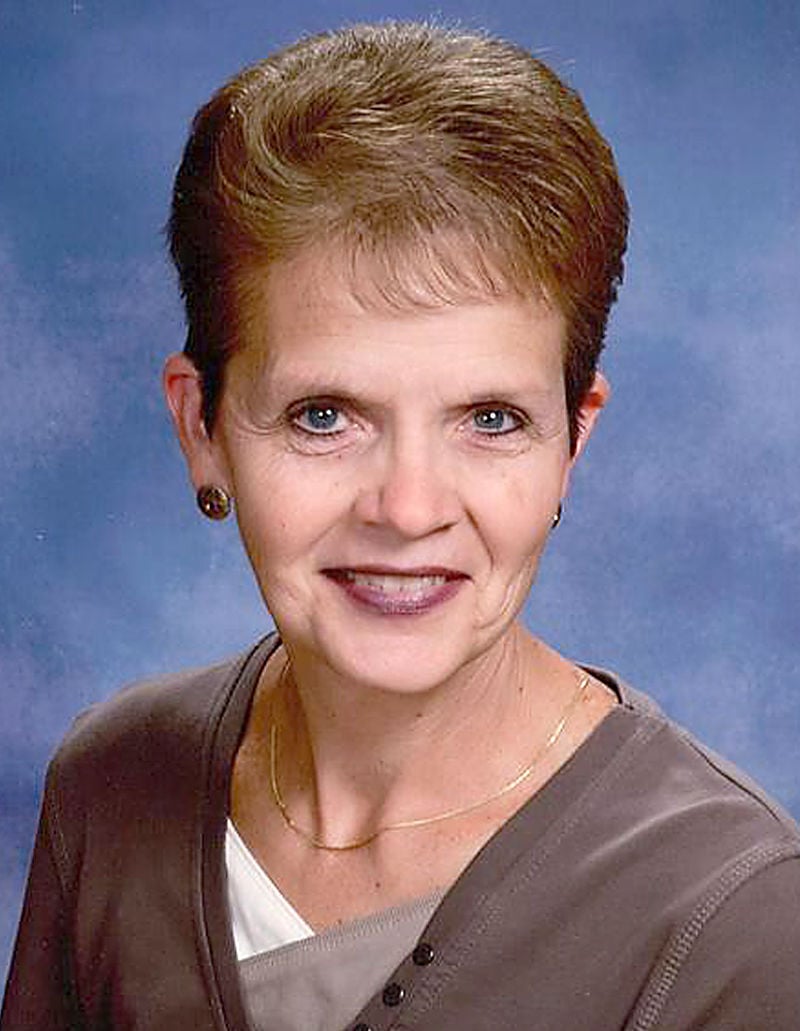 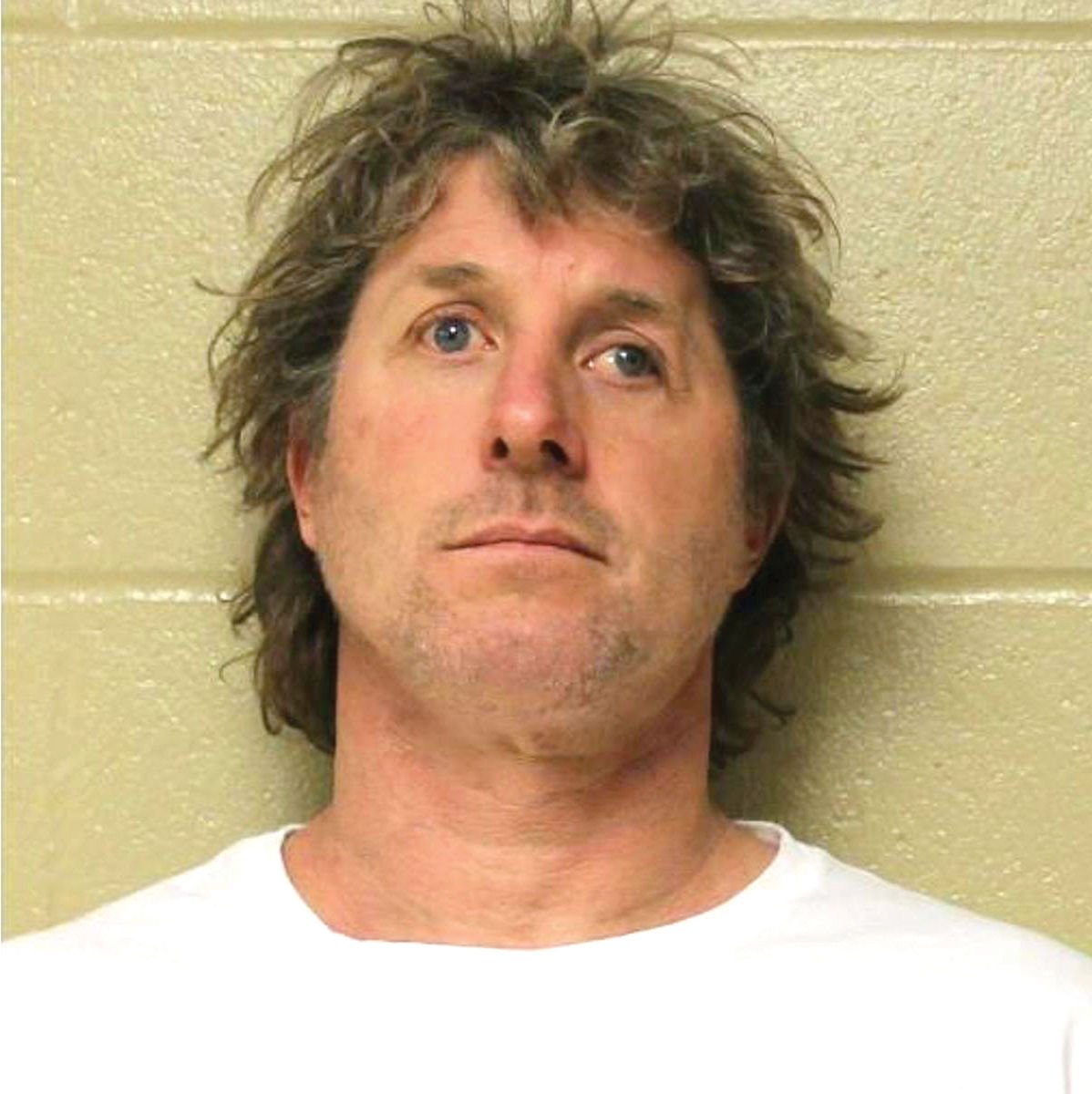 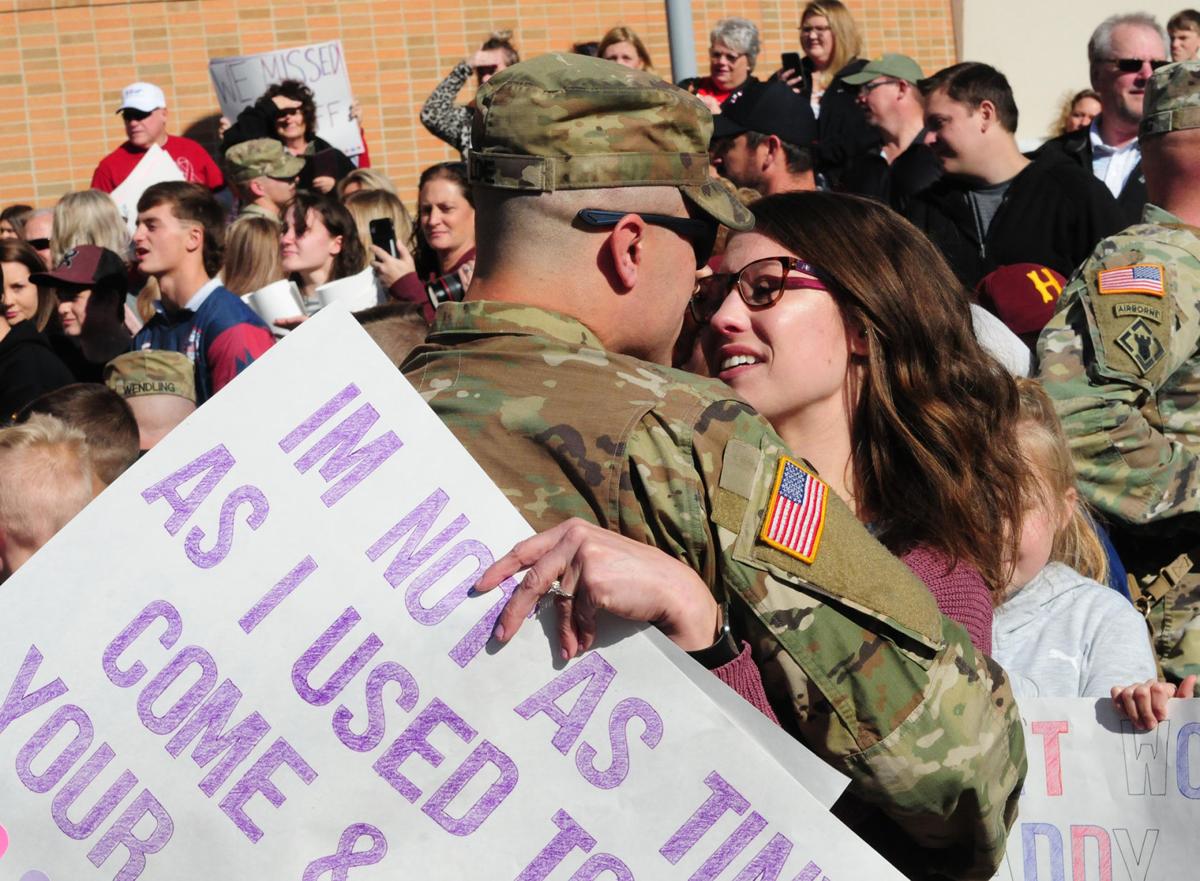 Bravo Battery, which forms part of the 1/147th Field Artillery of the South Dakota National Guard, returned home in October after a 10-month deployment in Europe as part of Operation Atlantic Resolve. 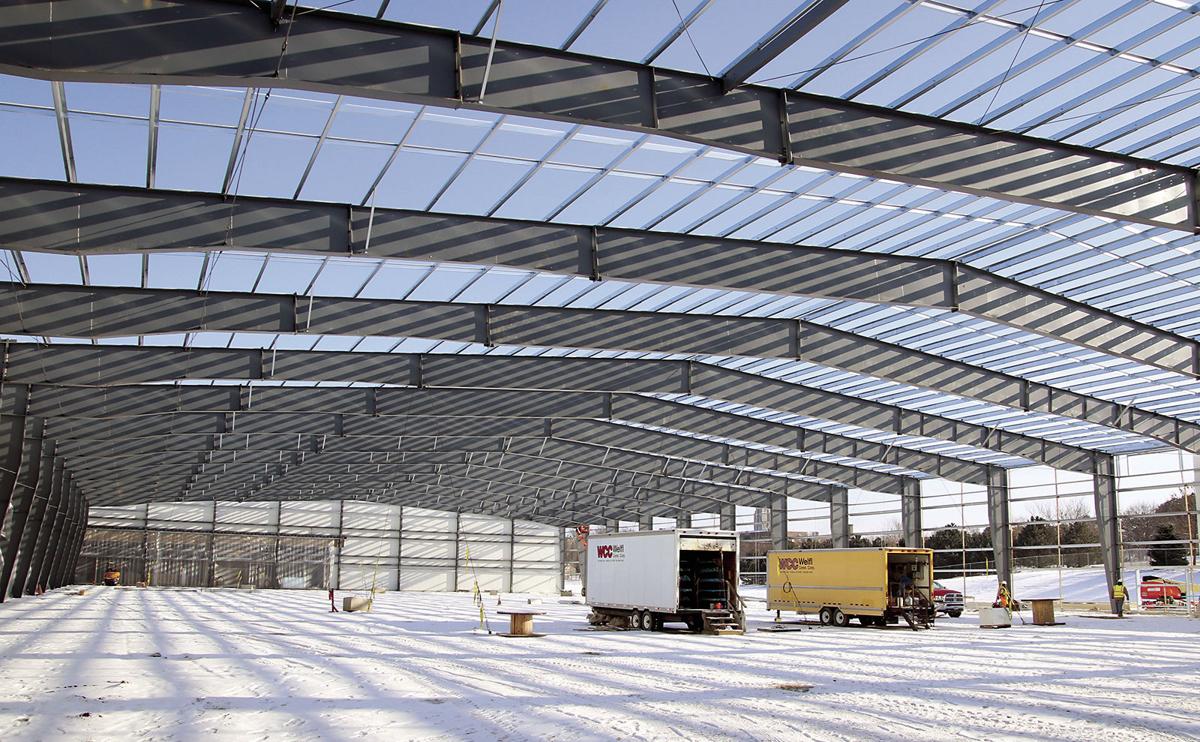 Mount Marty College had an ambitious year, commencing work on a 100-square-foot fieldhouse (shown), unveiling plans for a new residence hall and announcing the establishment of a football program. 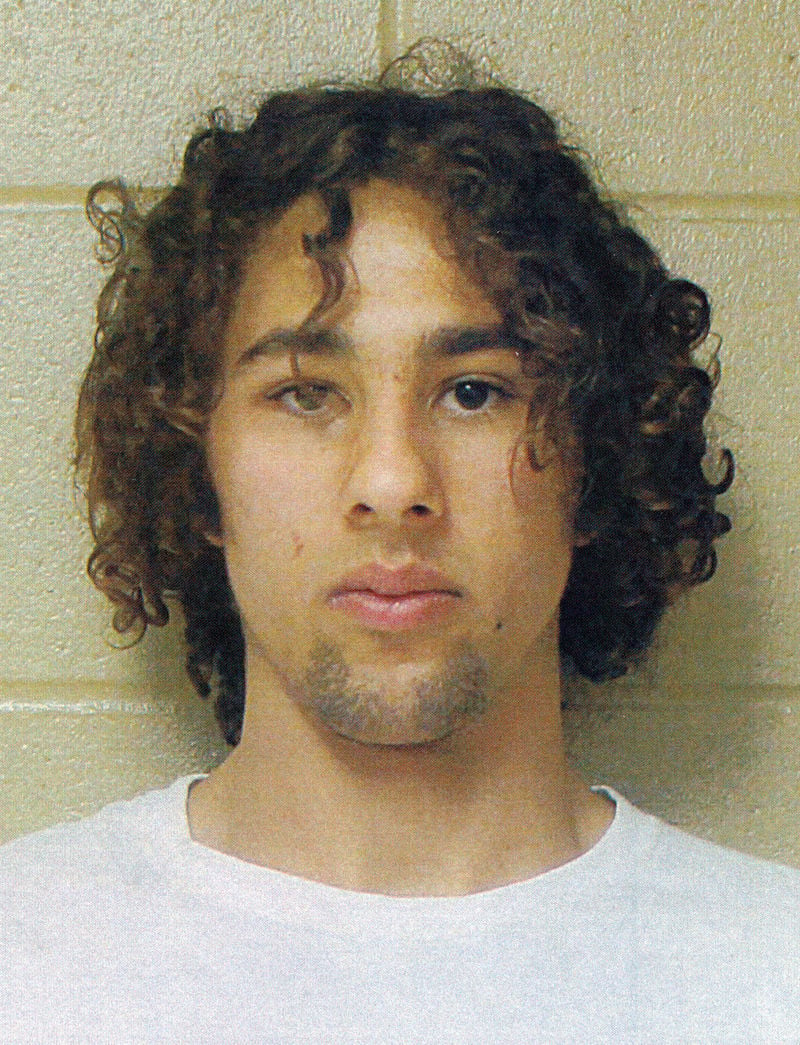 Bravo Battery, which forms part of the 1/147th Field Artillery of the South Dakota National Guard, returned home in October after a 10-month deployment in Europe as part of Operation Atlantic Resolve.

Mount Marty College had an ambitious year, commencing work on a 100-square-foot fieldhouse (shown), unveiling plans for a new residence hall and announcing the establishment of a football program.

On July 19, the United States District Court of Nebraska unsealed a superseding indictment that named Ramon Simpson of Norfolk, Nebraska, along with Joseph James, also of Norfolk, as co-defendants in the Phyllis Hunhoff murder case.

Hunhoff disappeared Nov. 4, 2018, returning home from her mother’s Utica farm. Her body was found days later in her burned car on the Santee Sioux Reservation.

Later that month, Joseph James of Norfolk, Nebraska, was charged with arson for setting the fire that burned Hunhoff’s body and vehicle.

In February, he was charged with murder, felony murder and carjacking resulting in the death of Hunhoff; but details in the prosecutor’s case about what happened that night were guardedly kept under wraps.

In February, Simpson was charged with the lesser offense of making false statements to the FBI about his whereabouts on the night of the murder. That offense carries a maximum five-year sentence.

In the second indictment, filed on July 17, the charges against James were mostly unchanged, and new charges of conspiracy to commit kidnapping and kidnapping resulting in Hunhoff’s death were levelled against James and Simpson.

Prosecutors also allege that at James’ request, in anticipation of the murder, Simpson with help “from others” modified James’ cell phone data.

Both Simpson and James are being held until the trial.

At this time, a status conference is set for Jan. 8 and the deadline for pretrial motions has been extended to Feb 4.

No trial date has been set.

The state’s case against Stephen Robert Falkenberg began with the disappearance of Tamara LaFramboise, reported missing on March 5 by her mother, Mary LaFramboise of Albuquerque, New Mexico.

According to an affidavit of probable cause, Mary LaFramboise told police that her daughter had an on-again, off-again relationship with Falkenberg that had become “very turbulent.”

Further investigation revealed that LaFramboise was last seen on surveillance video at 2:17 a.m. March 1, leaving the Walmart in Yankton and getting into Falkenberg’s 2015 Ford pickup truck.

In an interview with police on March 6, Falkenberg said he did pick up LaFramboise at Walmart, and last saw her at her Yankton apartment that night. He said he left at 8:15 a.m. the next morning.

On March 16, LaFramboise’s nude torso was found in the Little River near Falkenberg’s family home in Menominee, Michigan. Media reports indicated that the body was thought to have been dumped off a bridge. Investigators identified LaFramboise by her tattoos.

Court documents state that Falkenberg told his sister he had an argument with LaFramboise at her apartment, that he pushed her and caused her to hit her head and die. He allegedly claimed to have dismembered the body to conceal her identity, according to the document.

Falkenberg has pleaded not guilty to two counts of murder, and is being held on a $1 million cash bond until his trial begins on Jan. 9.

The Yankton-based Bravo Battery completed another successful mission when it returned home from a 10-month European deployment known as Operation Atlantic Resolve.

Bravo Battery, which has served other missions in the Global War on Terror, forms part of the 1/147th Field Artillery of the South Dakota National Guard.

Bravo Battery specializes in the Multiple Launch Rocket System (MLRS). The unit received orders in August 2018 that it was deploying for a non-combat training operation in Europe.

Mount Marty College (MMC) proved itself unafraid of taking on bold steps in 2019 as it took major steps in facilities and athletic programming.

In April, the school announced it would be adding a varsity football program with the first game to be played in 2022.

Ahead of the 2019-2020 school year, a number of renovations to the Laddie E. Cimpl Arena wrapped up, including new bleachers, refurbishment of the playing court and other upgrades to the 31-year-old facility.

And in November, the college announced that it would be building a $4.5 million, 96-bed residence hall to be completed in time for the 2020-2021 school year.

t5. A Shooting Death In Yankton

On April 6, the Yankton Police Department (YPD) responded at 12:39 a.m. to a report of a male with a gunshot wound found near the 200 block alley between Douglas St. and Capitol St.

According to court documents, Jameson C. Mitchell and Lucas Smith, both of Yankton, had been thrown out of Mojo’s Pizza & Spirits for fighting. Witnesses told police that, outside, Mitchell approached Smith with a gun, shot him several times and ran.

Two days later, Smith passed away at a hospital. An autopsy revealed that he died from the gunshot wounds.

At his April 25 arraignment, Mitchell entered a plea of not guilty to a charge of first-degree homicide as murder, but changed his plea on Sept. 19, in conjunction with a plea deal.

In November, Mitchell was sentenced to 124 years in prison.

It could hardly be described as a quiet year for the Yankton County Commission.

In January, three new members —Joseph Healy, Dan Klimisch and Cheri Loest — were sworn in alongside incumbent commissioners Gary Swensen and Don Kettering. Early on, the commission tried to initiate a number of provisions aimed at boosting transparency and participation, including moving meetings from 4 p.m. to 6 p.m., having all meetings recorded on video and eliminating consent agendas.

However, in February, the commission ran into trouble.

Following an investigation into accusations she had made against board members, Deputy Zoning Administrator Denise Wubben’s employment was terminated. The vote to terminate her was done during an executive session — a violation of South Dakota Codified Law (SDCL) 1-25-2 — instead of in open session. Zoning Administrator Pat Garrity’s status with the county has still not been clarified on the record by county officials. In their place, for much of the year, the county relied on Planning & Development District III for zoning services.

Throughout the year, the board has dealt with many of the same issues that the previous commission did.

One of those issues has been roads. As 2019 comes to a close, the county is still exploring options for the eventual replacement of the four bridges it administers across the James River.

CAFOS have also remained a prominent topic of conversation with the county’s zoning office taking actions against some operators for alleged non-compliance on building permits they had been issued.

Yankton Man Is Indicted For Murder

A Yankton man accused of murdering a local woman has been indicted.