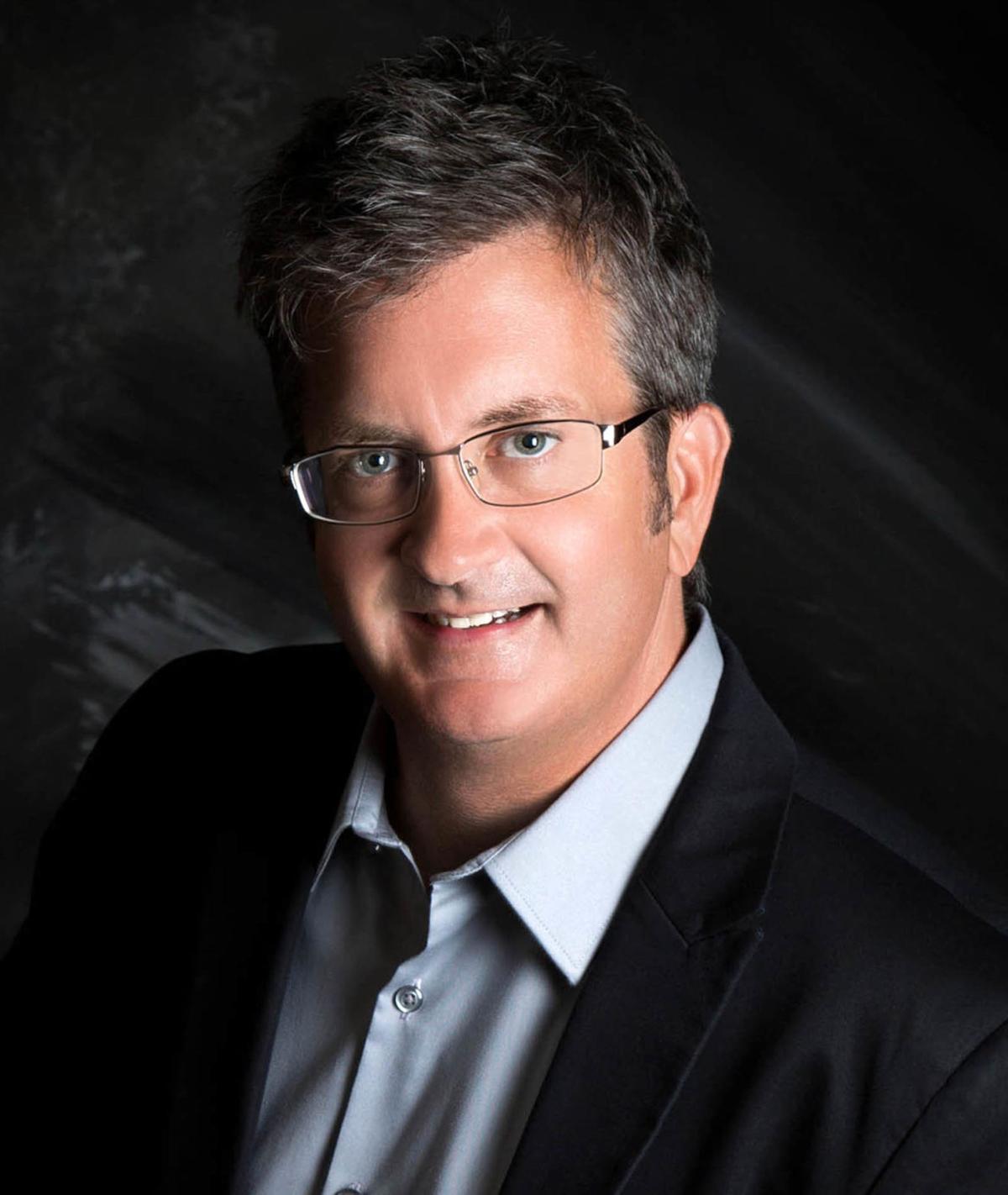 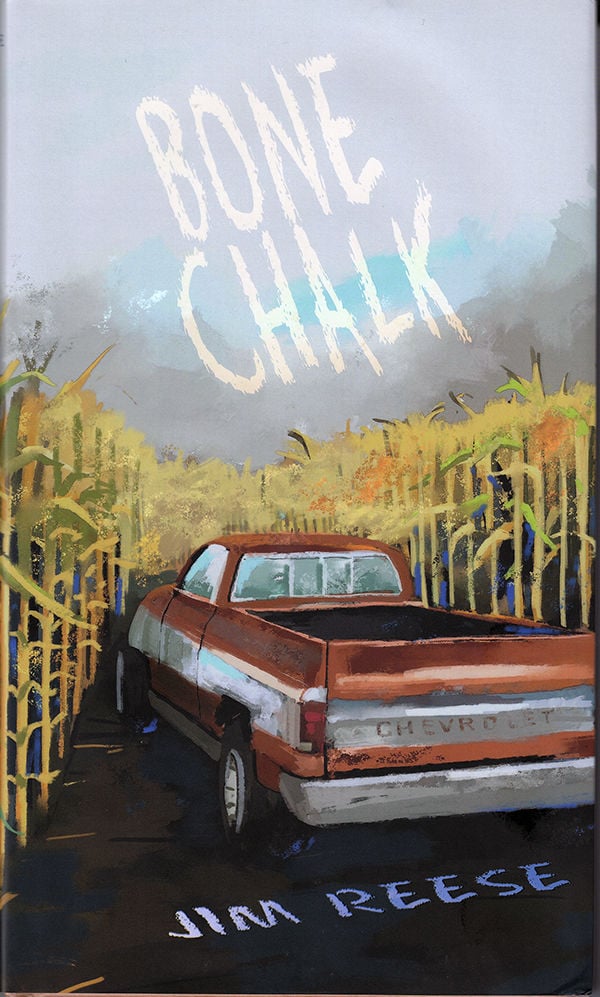 Jim Reese experienced a great deal while living in Nebraska, from serving as a college mascot to crashing a tractor into an outbuilding to feeling the pain of a high school friend’s rape and murder.

So when it came to writing his latest book, the Mount Marty College professor wrote about the persons he knew best — himself and his loved ones.

The book “Bone Chalk” marks his first book of prose after previous collections of poetry. The non-fiction book of essays hits the market Tuesday (Dec. 31).

The book’s title comes from a line in Don Welch’s “Requiem By A Teacher.” Reese’s book pays tribute to the hardworking Midwesterners and their important voice of the heartland that needs to be heard by others.

“It’s about working yourself to the bone. It’s about the men and women of various occupations and what I learned from them,” he said. “It’s important that we have that Midwest voice.”

A book reviewer commented the heartland can be a hard place to pin down, but Reese begs to differ. “I think Midwesterners are as wide open as the Plains and not a single thing delineates the prairie or its people,” the MMC professor said.

Reese points to Midwest traits like hard work, particularly physical labor; honesty; an emphasis on family and community; and an intimate physical, emotional and spiritual connectedness to the land.

But Midwest life isn’t all peaceful. Reese described, with some emotion, a jarring moment while growing up in Omaha that remains with him today.

Reese referred to the 1990 rape and murder of Christina O’Day, a Millard South senior who was babysitting an 8-year-old girl at the time of the home invasion and crime.

While the brutality occurred nearly 30 year ago, the case resurfaced in 2016 when Christopher Garza — one of two men serving life sentences for O’Day’s murder — was resentenced because he was a juvenile at the time of the killing.

For Reese, the crime is especially troubling because he knew both O’Day and Garza.

“Christina O’Day was a friend of mine. She was raped and murdered by a guy who had helped me with my math homework in middle school,” Reese said. “It was tough. For years, you wondered how something like that happened. A lot of people were Christina’s friends, and it changed all of us.”

Reese still thinks about the crime, and memories resurfaced for him with the writing of his book. “It was premediated and just a horrible crime. (Garza) was just sentenced to 96 to 110 years in prison,” he said.

But life also held enjoyable moments, and Reese didn’t shy away from poking fun at himself or sharing his lighter side.

After high school, Reese attended Wayne State College in northeast Nebraska, where he played the role of mascot Willy the Wildcat.

“I became the college mascot for all the wrong reasons that had nothing to do with school spirit. It was just a unique opportunity that presented itself,” he said with a grin. “I did have school spirit, you have to in a position like that, but we were a pretty eclectic group of cheerleaders, dancers and mascot, and it was just a lot of fun.”

Reese served as mascot during the football and basketball seasons along with parades and other events. The experience gave him a unique perspective both on himself and others.

Dressing up as Willy the Wildcat was both entertaining and exhausting, Reese said. At times, it became competitive, including what he referred to as “mascot rivalry” with some antics thrown in during the season.

Reese developed affection for the smaller campus and community. He received a jolt when he returned to Omaha after several months and stopped at a neighborhood gas station.

“I held the door open for somebody and asked, ‘How’s it going?’ The person said back, ‘What the hell is your problem?’ It was my welcome home,” he said. “I had been away long enough in a town where you and held the door and said hello to everyone. I didn’t like the old way (in Omaha). I won’t forget that little moment, and it has stuck with me for 20-some years later.”

He learned more about the rural life while visiting his wife’s family, who farmed near Hartington, Nebraska.

“I tagged along with my brothers-in-law and father-in-law, always trying to learn stuff. I wanted to know everything when I went to the farm, and my nickname (from them) was ‘Bucket Calf,’” he said. “A friend said to me, ‘You’re down in Lincoln (attending graduate school at the University of Nebraska). Why don’t you work on a farm and really see what it’s like.’”

Reese calls himself a believer in “gonzo journalism,” or experiencing things firsthand and becoming part of the story. With his studies in Great Plains literature, he believed in literally getting his hands dirty and not just observing others.

He followed up on the friend’s suggestion and got a job on a farm. During the second week on the job, he ran a tractor into the side of an outbuilding.

“The only way I learn is from making tons of mistakes. Luckily, the guy let me keep the job on the farm and I learned some stuff,” he said. “I later learned a crime was unfolding the summer I was working there that none of us knew about. It was shocking.”

Reese didn’t elaborate further on the crime during the Press & Dakotan interview.

Even within Nebraska, life experiences are much different between those who grow up in the larger cities and those who dwell in the countryside.

“A huge part of this book is the urban and rural divide. As a city kid, I never had to be relied on to do a chore that may or may not impact the family business or how we put food on the table,” he said. “If we couldn’t fix something, we called the repairman. We didn’t have animals that got out and were the income of the family.”

After living in both worlds, Reese said he gained a tremendous appreciation for rural communities — which includes the hometowns of many MMC students.

“If a city kid would see a kid from the country, we would always joke with them about who knows more. The guys like me, who grew up in the city, thought we knew more,” he said. “But the truth of the matter is that it wasn’t just the case. The kids who grew up in a more rural setting — on farms and ranches — knew a hell of a lot more than a kid in town riding around on a skateboard, and that was me.”

“To be honest, we (from the city) were just a little bit jealous of those guys who were relied on to do more serious things,” he said. “A lot of people will never tell you that, but it’s just being honest.”

As part of his book, Reese includes essays paying tribute to his family and his in-laws, offering thanks for everything he learned from them.

“They’re strong Midwestern people,” he said. “I wanted to celebrate their work ethic and who they are as people.”

Reese has found support for his work from a community of writers, including Ted Kooser, who won the Pulitzer Prize and was named both U.S. and Nebraska poet laureate.

Kooser encouraged Reese to try prose, something Reese had wanted to do since completing graduate school and joining the MMC faculty.

Reese has also drawn on his work with prison writing programs. In two weeks, he will begin his 13th year of teaching the course at the Yankton Federal Prison Camp. He previous worked with the South Dakota prison system for three years, and he has also worked at facilities such as San Quentin State Prison in California and Allegheny County Jail in Pittsburgh.

The experience has allowed him to help inmates deal with issues that may have led to their imprisonment and, if resolved, will help their return to society. In the process, he has also seen how anyone can find themselves in prison based on a misdirected life decision.

Looking ahead, Reese believes more people may relocate to the Midwest because of its quality of life and other factors.

Reese wants to share the Midwest through his life and those around him.

“These are important people in my life, and I want to tell my stories,” he said. “If we don’t tell these real stories of our families and the Midwest, then we’re still studying books that were written 100 years ago. I just want to record the voices of our time.”

In the process, Reese wants readers to enjoy the ride.

“The whole thing is just about celebrating life,” he said. “That’s the big theme of the book, and I hope it brings enjoyment and entertainment.”

“Bone Chalk” can be found on Amazon and Barnes & Noble, as well as LilyCrest and the Mount Marty College bookstore in Yankton.