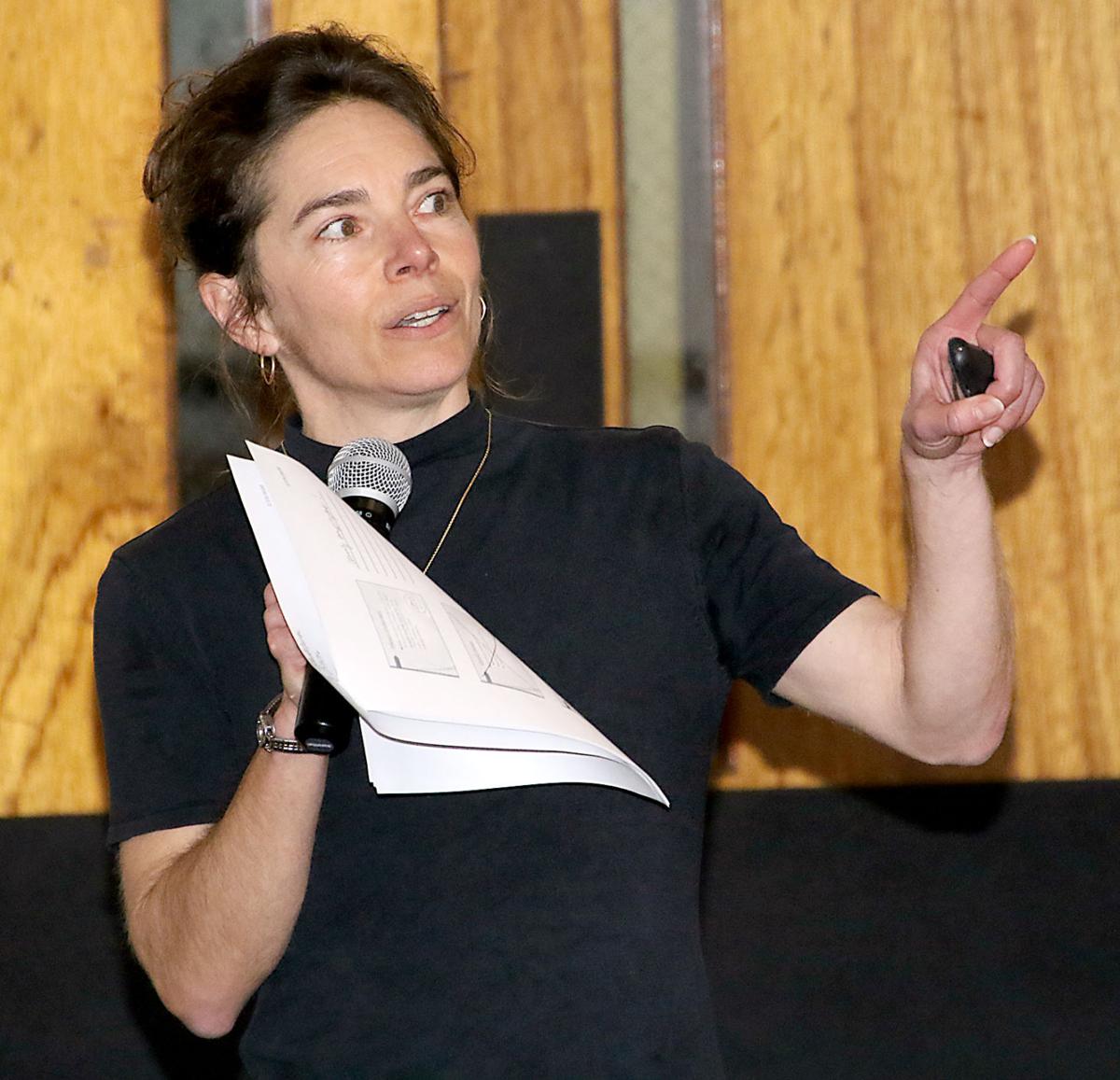 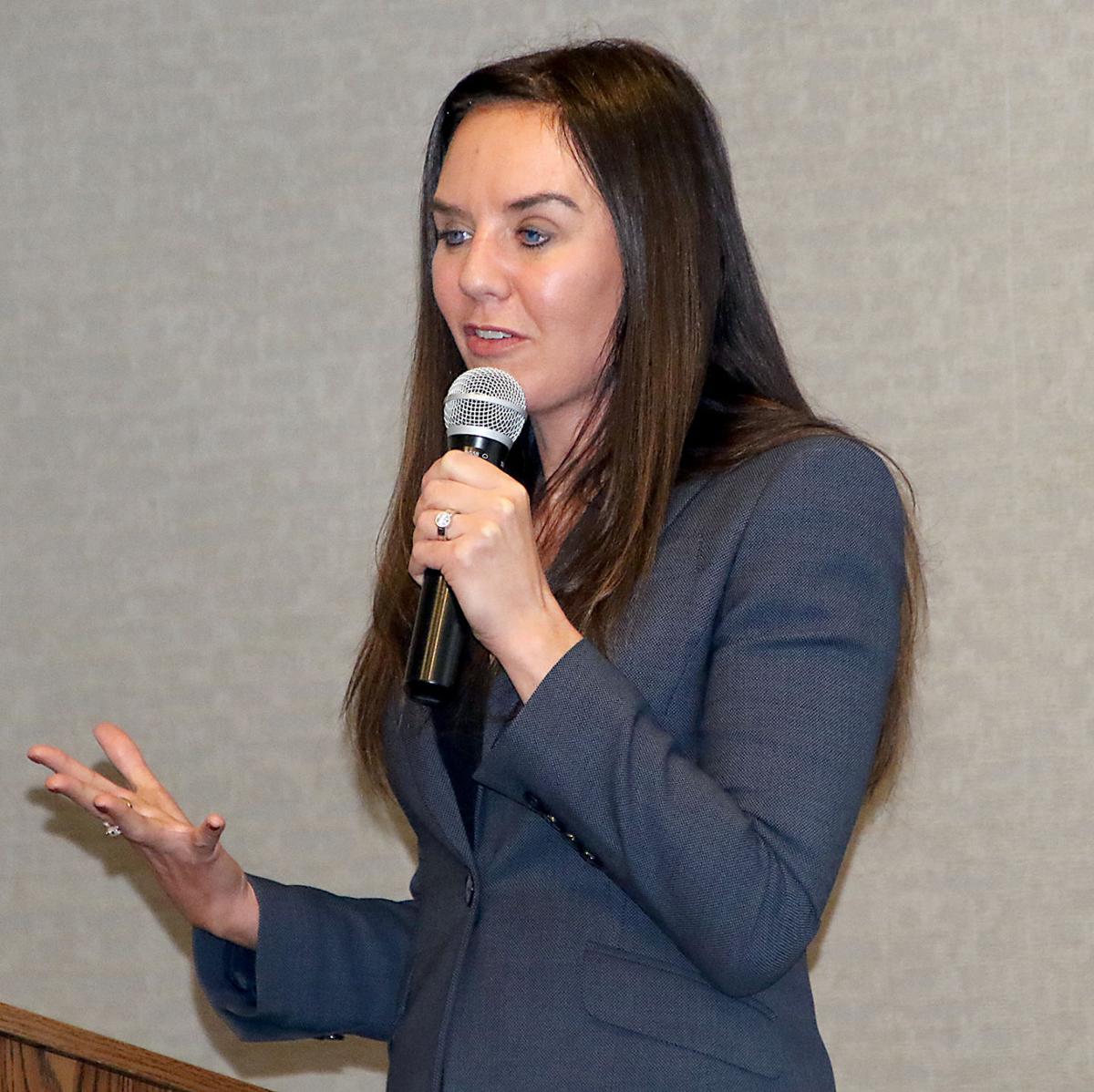 Tough conversations and a pivotal part of the governing process are on tap for the County and City of Yankton, respectively.

Tuesday’s State of the Community address featured Yankton County Commission chairperson Cheri Loest and Yankton City Manager Amy Leon, who guided the audience through what the entities have been working on over the last year and what 2020 could hold for each of them.

During Loest’s presentation on the state of the county, she talked about the need to have some tough conversations.

One is up and coming — a proposed county secession movement involving the Turkey Valley, Mayfield, Jamesville, Walshtown and Marindahl townships.

Following two closed meetings between a limited number of county commissioners and representatives of the townships, a public special County Commission meeting is set for this Saturday to discuss the concerns of the townships and the ramifications of potentially leaving for Turner County.

“We’ll probably give a presentation of the concerns that have been voiced, some of the data around addressing those concerns, the manner to go about seceding — there’s two ways to do it — and then to talk about some of the impact on the voters in all sections of the county,” Loest said. “We’ll start by trying to answer a lot of things, but I know that it’s going to spur a lot of questions.”

She said that the county should approach the prospect of township secession in a manner that may surprise some residents.

“The county should take a neutral stance on this,” she said. “For me, the outcome is for people to leave and say, ‘I better understand the process, and I better understand how it’s going to affect the area that might leave, the rest of the county and me.’”

The meeting will be held at 10 a.m. Saturday in the commission chambers of the Yankton County Government Center.

Another ongoing topic, Loest said, will be the contentious issue of zoning.

“When you go through our zoning ordinance, there are some language inconsistencies that we have found,” she said.

After Tuesday’s presentation, she told reporters there had been intent to do this in 2019.

“We wanted to do it last year, but our planning office was understaffed,” she said. “We really need to commit ourselves to getting a bunch of those done by December.”

Loest added that the county’s road and bridge infrastructure are also high on the list of priorities.

“We need to stay committed to that and find funding for it,” she said. “There’s at least three commissioners working on trying to get funding for James River bridges.”

Loest also talked about upgrades to the safety center, the ongoing ambulance task force and the work done by the Yankton County Office of Emergency Management through a dual-flood year.

For the city’s presentation, Leon took the time to address an important civic duty — participation in the upcoming 2020 census.

“It’s been estimated that, for every under-counted person, we face to lose between $1,100-1,500 in federal funding,” Leon said. “It’s really important that everybody is involved in the census and that they fill out the census form.”

People can begin filling the census out March 12.

She said that it’s important to take part.

“First of all, it’s in the Constitution that we have a count of everybody,” she said. “Second of all, it’s not just for government — it’s also for us to understand our community, our demographics and how we can all better serve each other. To understand who we are gives us more information about what we should be doing.”

Leon also discussed  the building of the hotel at the Yankton Mall and a number of city successes, such as high sales tax revenues and ongoing work in the Meridian District.

VIDEO: Cheri Loest at 'State of the Community'

VIDEO: Amy Leon at 'State of the Community'