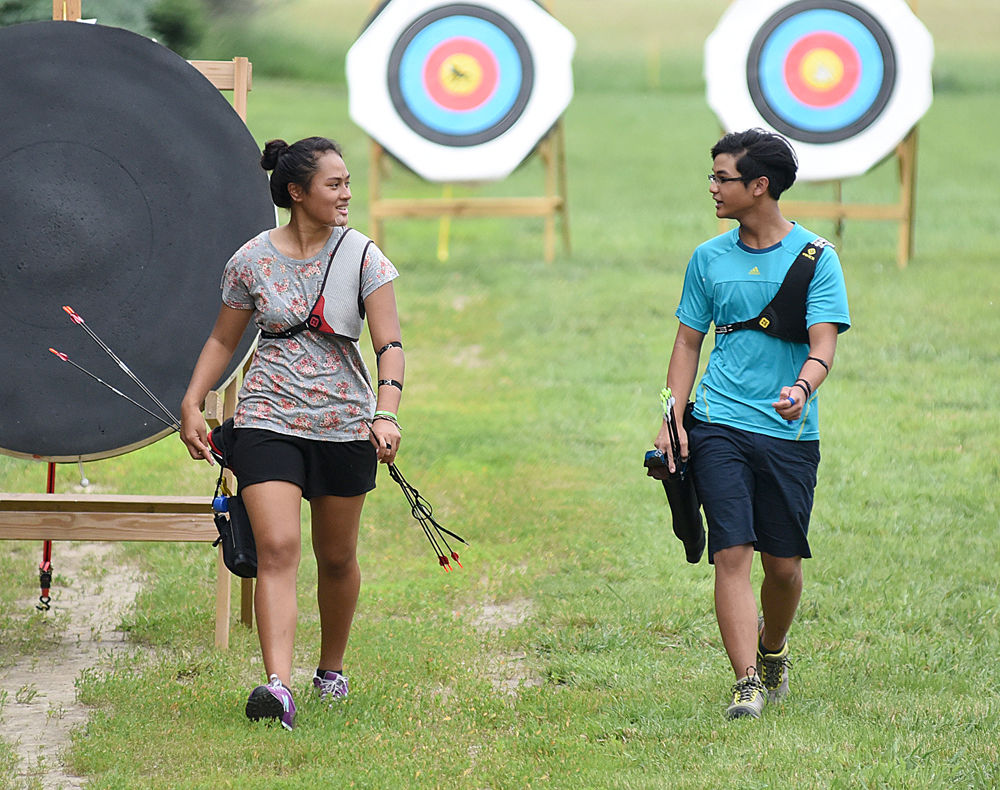 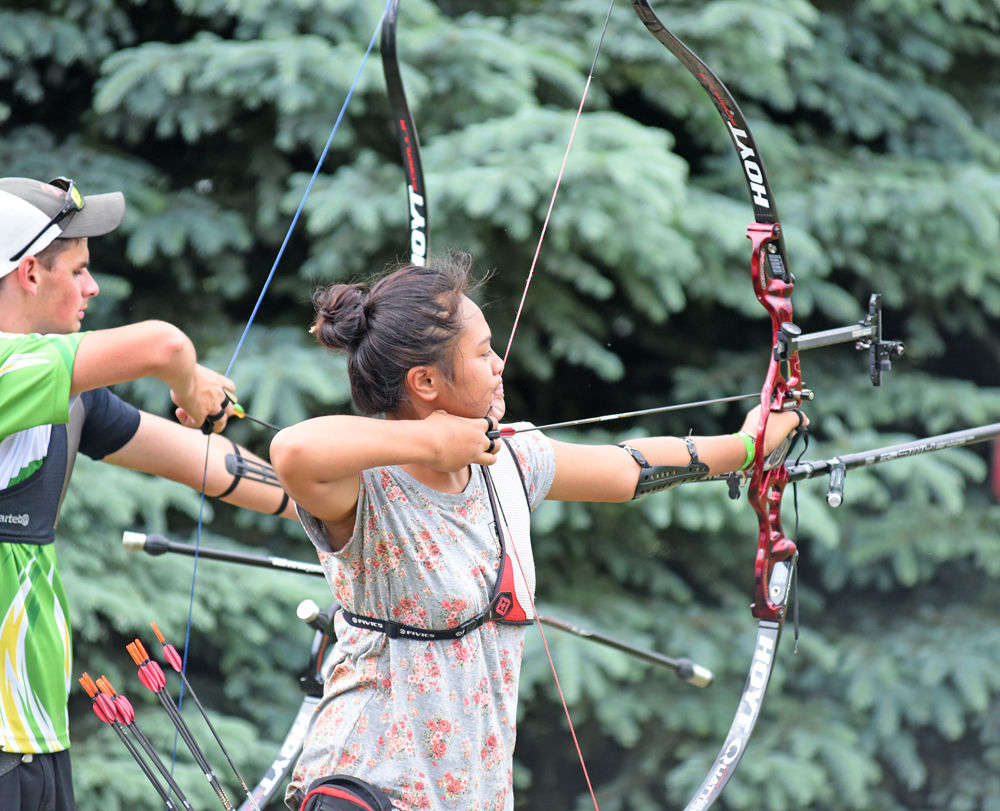 Lucy Tatafu, who recently from Tonga to New Zealand, shoots in a practice round Saturday for the upcoming World Archery Youth Championships (WAYC) in Yankton. 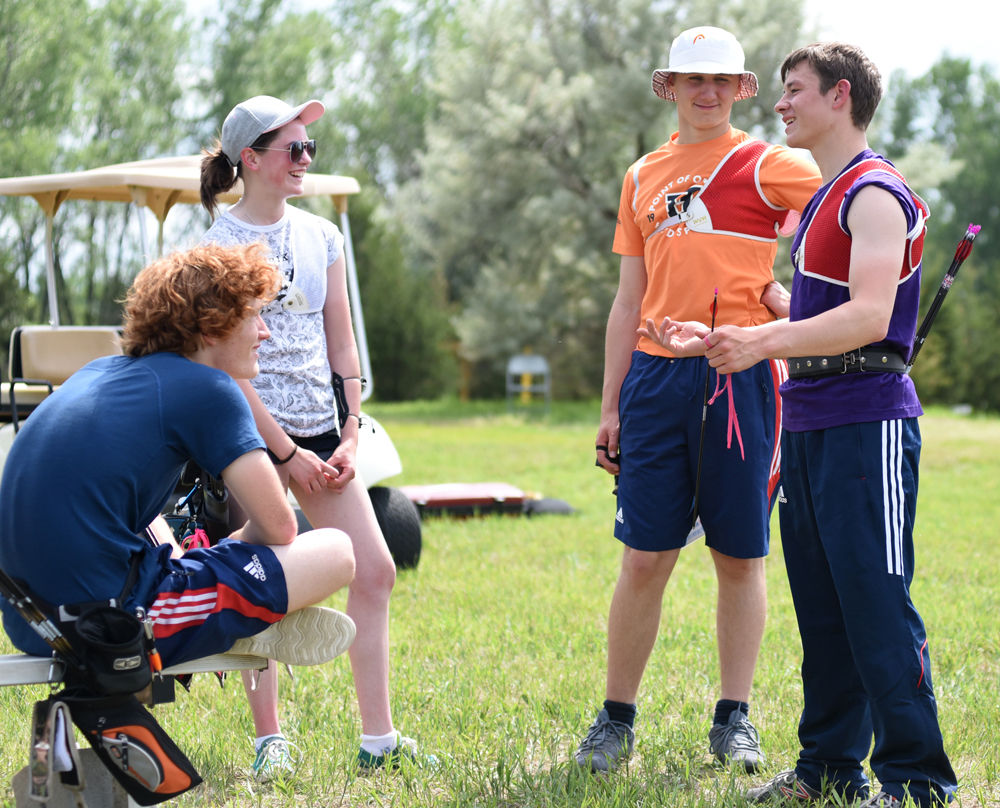 Archers from the Great Britain team share a light moment during a practice round Saturday for the upcoming World Archery Youth Championships (WAYC) in Yankton. 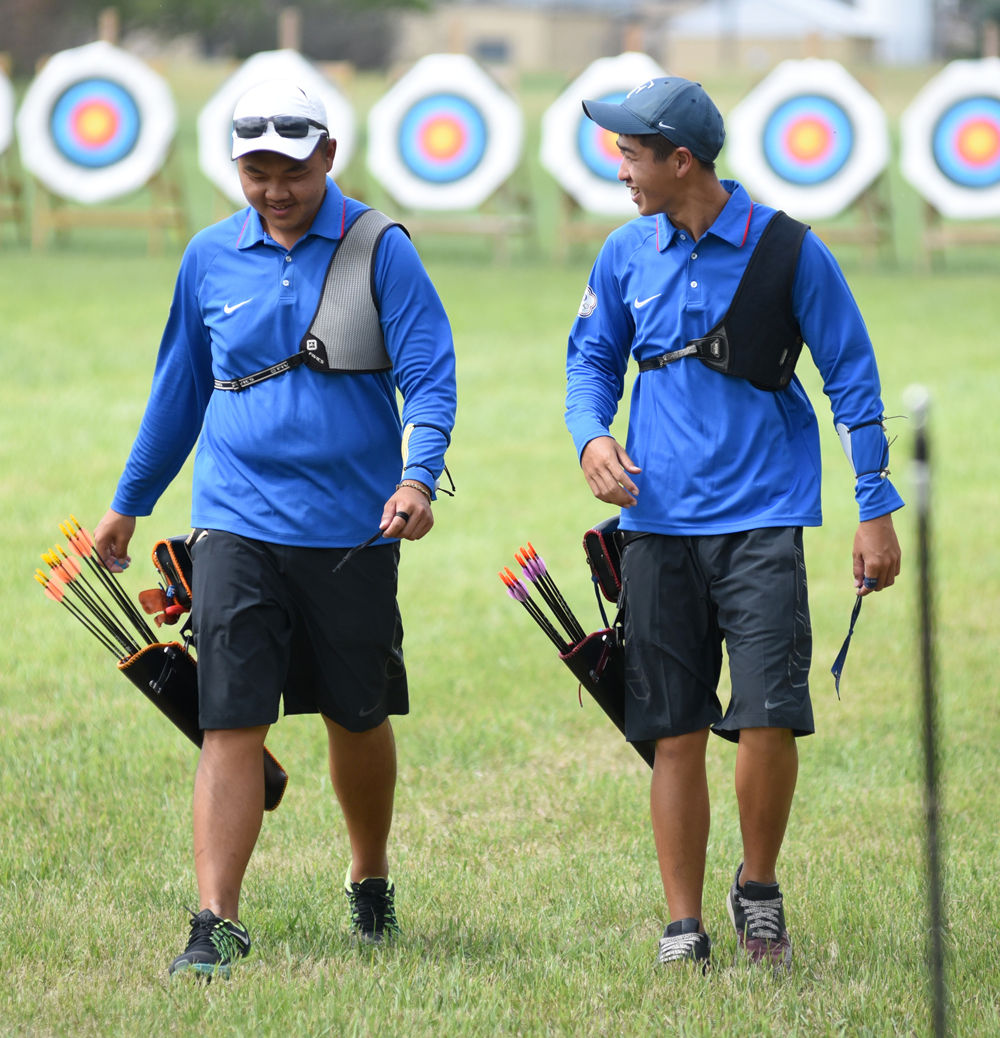 These two archers from Taipei share a light moment during a practice round Saturday, ahead of the upcoming World Archery Youth Championships (WAYC) in Yankton.

Lucy Tatafu, who recently from Tonga to New Zealand, shoots in a practice round Saturday for the upcoming World Archery Youth Championships (WAYC) in Yankton.

Archers from the Great Britain team share a light moment during a practice round Saturday for the upcoming World Archery Youth Championships (WAYC) in Yankton.

These two archers from Taipei share a light moment during a practice round Saturday, ahead of the upcoming World Archery Youth Championships (WAYC) in Yankton.

Lucitania Tatafu had a decision to make in February.

The 17-year-old archer could either remain in her home country of Tonga or move 1,000 miles away to New Zealand to work with a professional coach. Put another way: How serious was she about her passion for archery?

The fact that Tatafu is in Yankton pretty much answers that question.

“I was pretty happy,” Tatafu said after her practice round Saturday for the upcoming World Archery Youth Championships (WAYC) in Yankton. The opening ceremony will be held Sunday at 4 p.m.

“It meant more opportunities for me," she added. “That’s what I needed if I was going to continue in archery.”

Tatafu, who goes by “Lucy”, is the only archer from Tonga – a small nation of nearly 180 islands southeast of Fiji in the South Pacific – to compete in the WAYC, and it’s all thanks to a chance encounter earlier this year in New Zealand.

At a national tournament in January in New Zealand, Tatafu reached the finals. But once at that point, her father – who had previously coached her – wasn’t entirely sure how to help his daughter on that stage. So he asked renowned New Zealand coach Julie Baker for some assistance.

“Before that, I was pretty much on my own,” Tatafu said. “I didn’t really have a coach.”

Within a month, Baker and her daughter (who also coaches) traveled to Tonga and spent nine days with Tatafu and her family. Within that span, the question was posed, what if Lucy moved to New Zealand with the Bakers?

That’s exactly what she did, and within five months, Tatafu was on her way with Julie Baker to Yankton for the WAYC.

“I was scared, to be honest,” Tatafu said. “Really scared.

“I’m next to all these good archers,” she added, looking around the practice range. “I’m just here for the experience.”

Much like many of the other international archers, the travel to reach Yankton was a whole different kind of experience.

For example, Tatafu and Baker had a 14-hour flight to Sydney, Australia. Then came connecting flights in Los Angeles and Denver before they arrived in Sioux Falls. The two then drove from Sioux Falls to Yankton, arriving Thursday night.

Although it might be too early for Tatafu to provide much of a perspective on Yankton, she raved Saturday about its small-town feel.

“It’s a very cute town,” she said. “It’s greener than I expected. It’s like Tonga, just a bit bigger.”

In the lead-up to next weeks’ WAYC, World Archery put together on its website what it called “10 archers to watch in Yankton.”

If you scroll all the way down the list, coming in at No. 10 is Patrick Huston from Great Britain, along with a photo of him celebrating at the 2013 WAYC in China – where he won two gold medals.

That was two years ago. Huston, a Northern Ireland native, is now 19 years old and arrived in Yankton with heavy expectations.

“It was an amazing experience to shoot on a finals field,” Huston said after his practice round Saturday.

“I would love to get there again.”

After spending most of his life in Northern Ireland, Huston moved to England to live and train full time with the Great Britain team.

That experience has already paid off. Huston was Britain’s highest finisher at the World Cup stage earlier this year in what was only his second international tournament.

The experience from the 2013 WAYC probably didn’t prepare Huston as much for next week as did his previous experience this year, including Las Vegas and Turkey.

It was those events where Huston honed his uncanny ability to perform well in the most pressurized situations.

“I absolutely love competition,” he said. “I thrive on it.”

Even experienced archers like the ones competing in Yankton over the next week don’t have that kind of ice-in-their-veins calmness about them.

“I don’t focus much in practice,” Huston said, smiling. He instead prefers to save his concentration for actual competition – when he can go into what he calls “computer mode.”

Certainly confident in his possibilities to contend for another individual gold, Huston said he is cautiously optimistic.