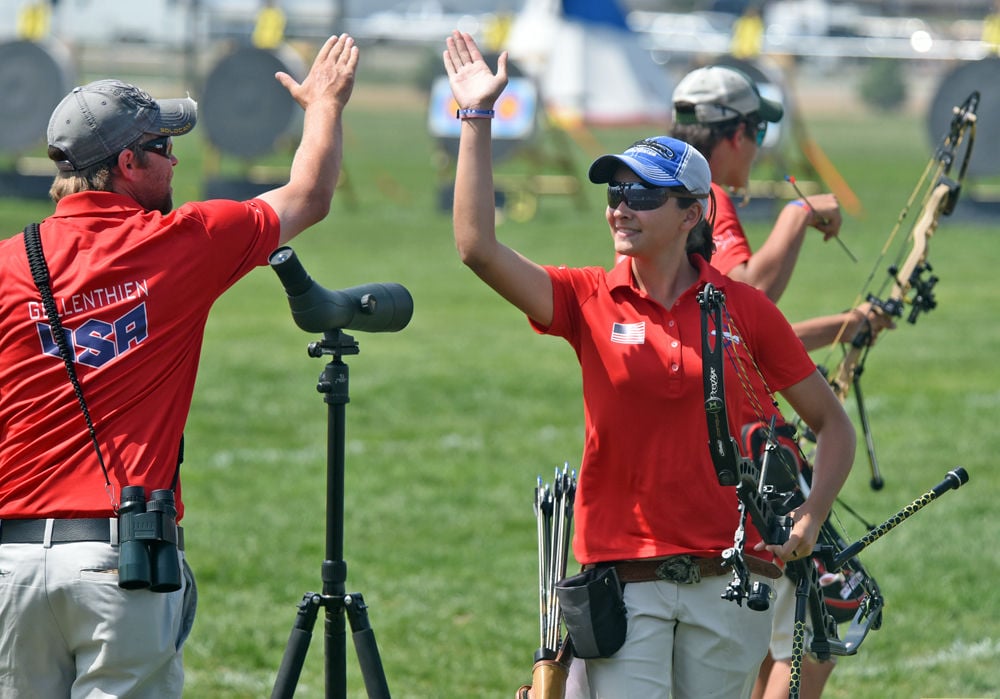 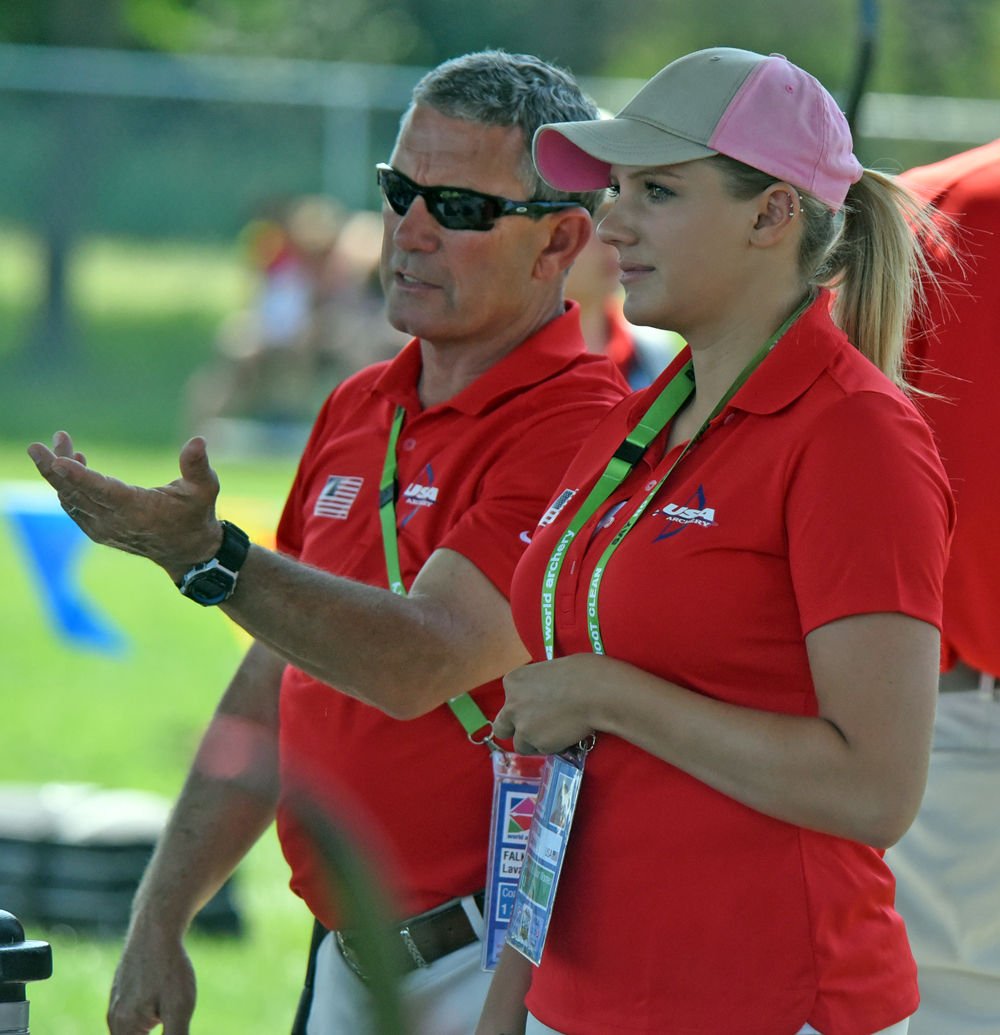 Ten months ago, Dahlia Crook won a national archery title in Yankton. While she fondly remembers that trip, the 15-year-old is back for more.

A world championship, maybe two, are what she’s after.

Crook, who lives in Piedmont, Kansas, moved one step closer Wednesday to a Mixed Team gold medal at the World Archery Youth Championships (WAYC) in Yankton.

Paired with Dane Johnson, Crook helped Team USA reach the finals in the Compound Cadet Mixed Team division, where they will face Mexico in Saturday’s final.

Crook is also the No. 2 seed in the Compound Cadet division, which will hold its head-to-head matches today (Thursday) and then have its gold medal match Saturday.

Not bad for a return trip to Yankton, albeit this time on new outdoor ranges.

“They’re huge,” Crook said. “There’s plenty of space for everyone. The last time I was here, those were for practice.”

Although Crook has already built an impressive resume in the sport, this is her first WAYC – the cadet age range is 15-17, while the juniors are 18-20.

Crook is also fortunate that when she and her family drive to Yankton, they’re not entering unfamiliar territory. She’s competed here and she’s used to shooting in a small town.

Her home town (she also travels to nearby Wichita to use a facility there) doesn’t boast nearly the community-wide support for archery that Yankton has.

“You can tell everyone here is excited for it,” Crook said. “It’s really cool how much effort everyone put into this.”

And that work hasn’t gone unnoticed, she added.

“They really make you feel comfortable and feel at home,” Crook said.

Team matches got underway on Wednesday, and team USA had a pair of archers competing in the Recurve Junior Mixed Team.

Mackenzie Brown and Collin Klimitchek, who are both from Texas, represented team USA in the event.

Any team round is more of an accomplishment than any individual medal, Klimitchek said.

“You won it together or you lose together. Either way it’s something you can share with your fellow teammates,” he said.

Team USA, the No. 6 seed, faced No. 11 Kazakhstan, which eventually went on to beat USA.

“We’ll be shooting against another team, whoever has the highest score gets two set points,” Brown said. “If we both have the same score it’s one set point each. It’s the first to five set points.”

While Kirsten George is in the middle of her second WAYC, her Great Britain teammate, Lucy Mason, is experiencing one for the first time.

Their common thought? Yankton knows how to host a quality archery tournament.

George, a 17-year-old from the Isle of Man (a small island in the Irish Sea between Ireland and Great Britain), finished fifth in her division at the 2013 WAYC in China.

“This one is brilliant,” she said Wednesday. “People are working more together to make this better.”

George, who won her individual match Wednesday morning by 29 points, battled the wind like everyone else, but for her, it wasn’t much of a new obstacle.

Mason, meanwhile, is new to the format of the WAYC. The 14-year-old from the British mainland has competed in other European tournaments, but like George, commended the Yankton WAYC.

“I really like it,” Mason said. “The standard of archers is so much better.”

That’s why it’s beneficial for a country to send as many archers as possible to the WAYC, according to Simon Scott, a coach for Great Britain.

“Britain has a good stream of archers coming through right now, so this is good for them to raise their game,” Scott said.

Plus, success in Yankton could lead to other opportunities, George said.

“Hopefully everyone back home sees that I went to a World Championship and performed well, and hopefully that means we can get more funding for more trips,” she said.

Korea has positioned itself to face Chinese Taipei for the gold medal in the Recurve Junior Mixed Team division.

Lee Woo Seok, with the help of team official Choi Kyunghwan translating, mentioned that he could only focus on his own game.

“I tried to focus on my own play and my own shooting,” Woo Seok said.

Kyunghwan said Woo Seok works a lot with his teammates and they show good team work, Kyunghwan said. Lee Eun Gyeong was the other member of the Korea Recurve Mixed Team.

“It worked well today and we had a good performance,” Eun Gyeong said, through translation. “I was quite nervous actually, but I just tried to enjoy it.”

Eun Gyeong had a lot of fun shooting with her teammates and competing against opponents, Kyunghwan said.

Korea defeated three opponents (Turkey 5-1, PR China 5-1 and Ukraine 6-2) on Wednesday to make it to final round. Korea faces Chinese Taipei for the gold on Saturday.

Photos from Wednesday, June 10, action of the World Archery Youth Championships in Yankton.