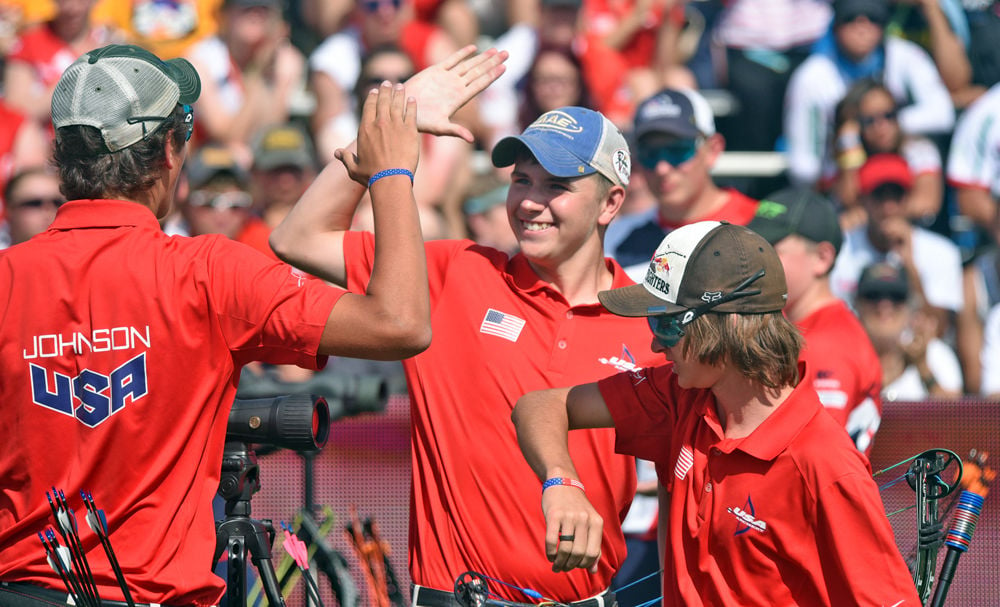 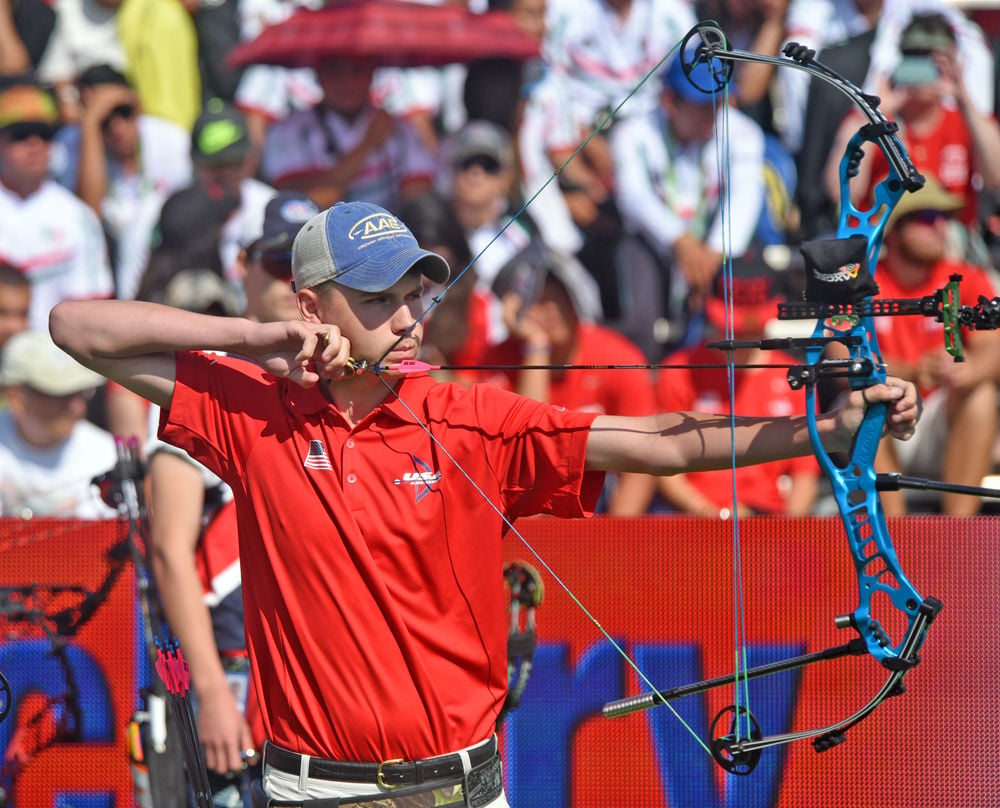 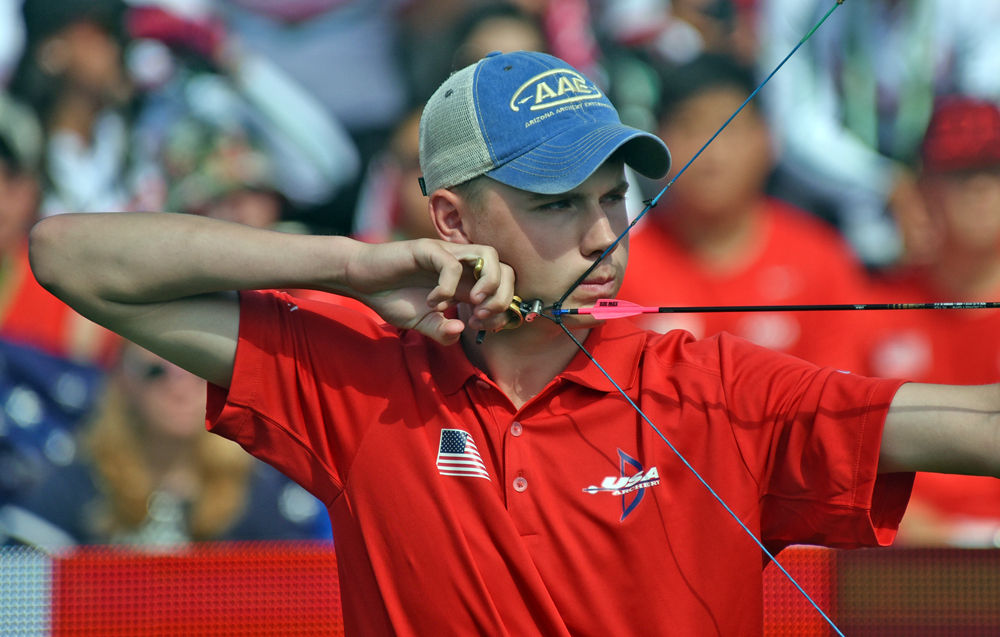 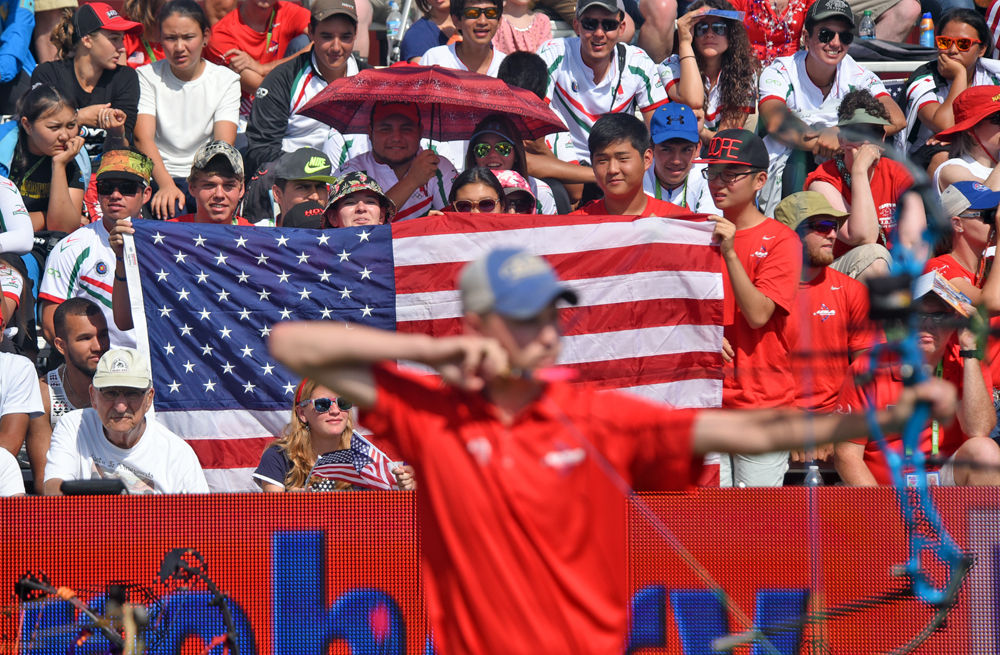 Cole Feterl followed the gold medal action from his computer at home in Lennox, watching — like millions of people around the world — the 2013 World Archery Youth Championships from Wuxi, China.

Just young enough to miss the cut-off for the biennial event. But certainly old enough to know what it would mean to represent the United States.

“I remember watching these on YouTube,” Feterl said. “And I always wanted to be at one of these.”

Feterl, the lone South Dakotan in the field, helped lead the United States to a team gold medal Saturday morning at the World Archery Youth Championships in Yankton.

The finals were held on a specially-designed course out in front of the Easton Yankton Archery Complex, but the general setup was much like Feterl watched online two years ago.

“It’s cool to see it in person, but even better to actually be up there,” he said.

When the United States team of 24 archers — 12 men, 12 women — was announced two months ago, Feterl knew he would have the label of ‘lone South Dakota archer’ for the tournament.

But he never let any potential pressure get to him.

The trio had advanced their way all through the Compound Cadet Team bracket during the week, setting themselves up for an appearance in the finals.

They were then matched up against Great Britain. The United States team built up a 12-point lead after three of four ends, and later captured a 225-213 victory.

“One we got a lead, we just coasted and quit worrying,” Feterl said.

The United States did have the advantage, though, when it came to crowd support. The WAYC being in their home country no doubt fueled the archers all week, Feterl said.

“It was awesome,” he said. “My family was here, and a bunch of other people.

“I had a couple of rough days, but the team shot awesome.”

One, two or three offices for rent. Shared conference room